Palace Under-18s secured a battling 2-1 victory over their Millwall counterparts this morning, with David Omilabu scoring a brace to help Paddy McCarthy’s side come from behind despite being reduced to 10-men following Jashaun Chamberlin-Gayle’s first-half dismissal. 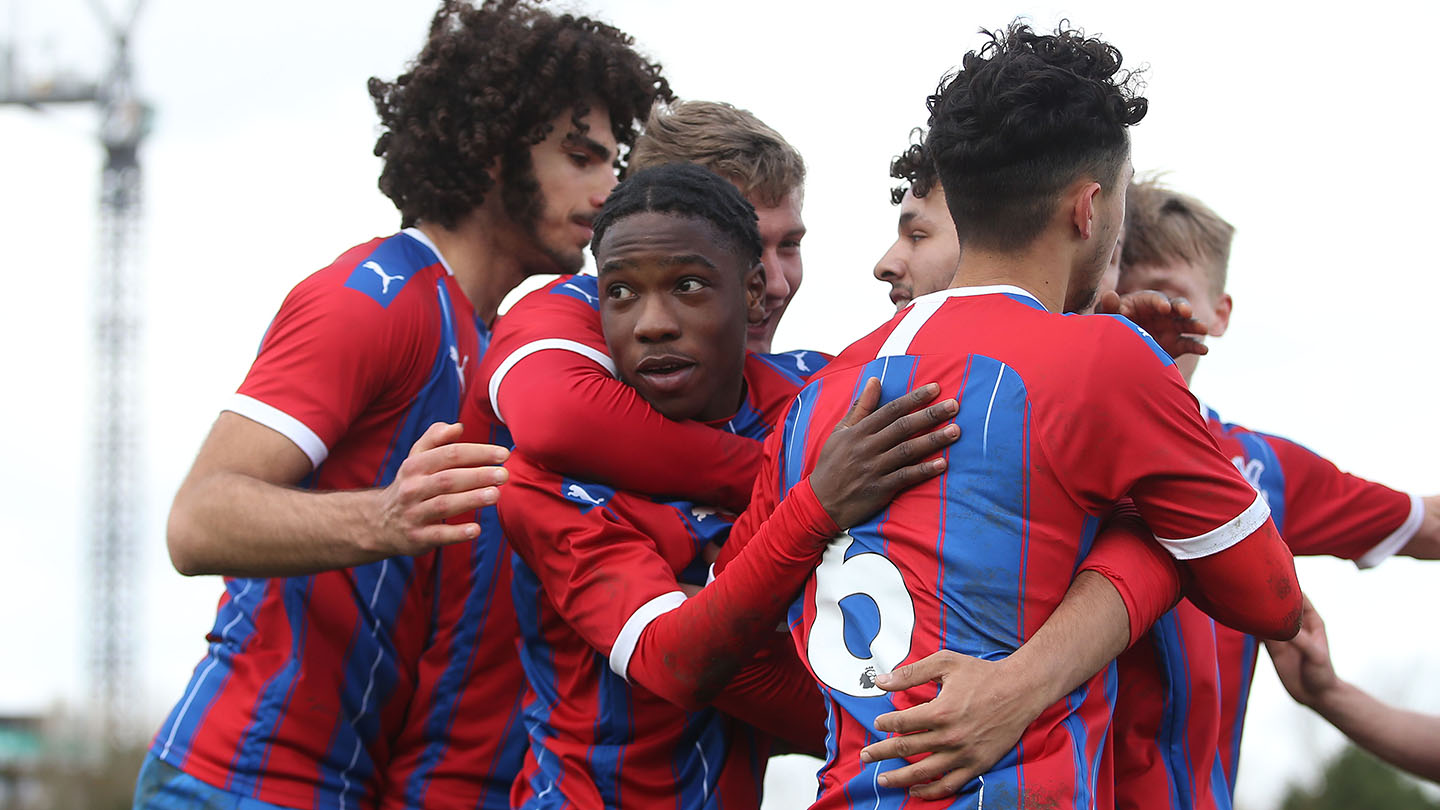 Millwall started in the ascendency during the opening stages as they worked the ball into the Palace final third on a number of occasions. The visitors squandered a golden opportunity to take the lead from one of these instances when Abdul Abdulmalik took the ball round the goalkeeper after latching on to a through ball. However, he sliced his effort into the side netting from a tight angle.

Palace then struggled to breach the Millwall defensive line during the first quarter of the clash, with Omilabu creating their best chance when he dispossessed Arthur Penney before teeing up Fionn Mooney in the centre, but the midfielder mistimed his strike from a promising position.

One of the key moments of the game then arrived in the 24th minute when Chamberlin-Gayle lost the ball to Abdulmalik on the edge of the Palace box, and the defender then conceded a penalty as he tugged back Abdulmalik who was racing through on goal. The referee brandished the red card after deeming the Eagles defender to be the last man. 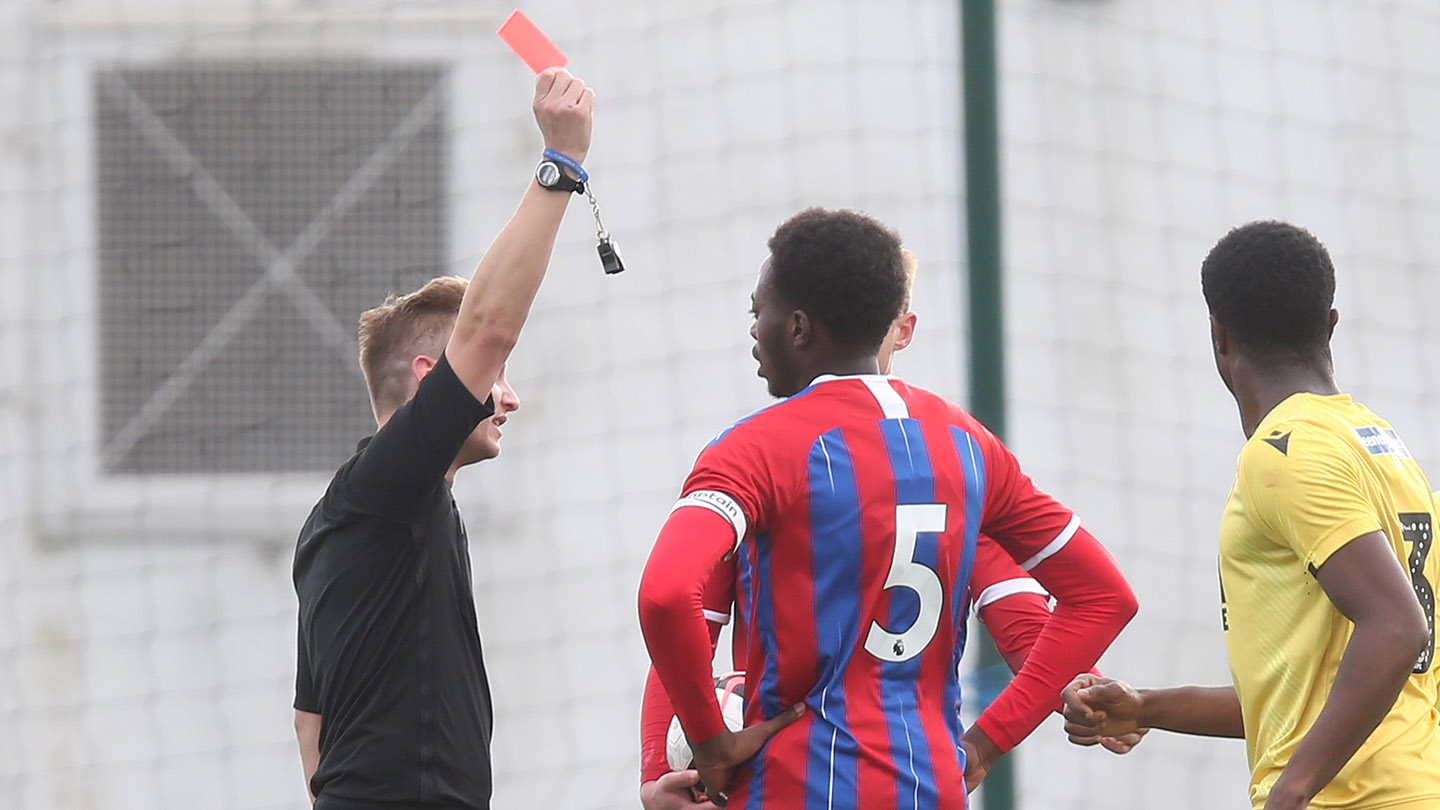 It was Sean O’Brien who stepped up to take the resulting penalty, and he confidently slammed the ball into the left-hand side of the net to make it 1-0 to the visitors. 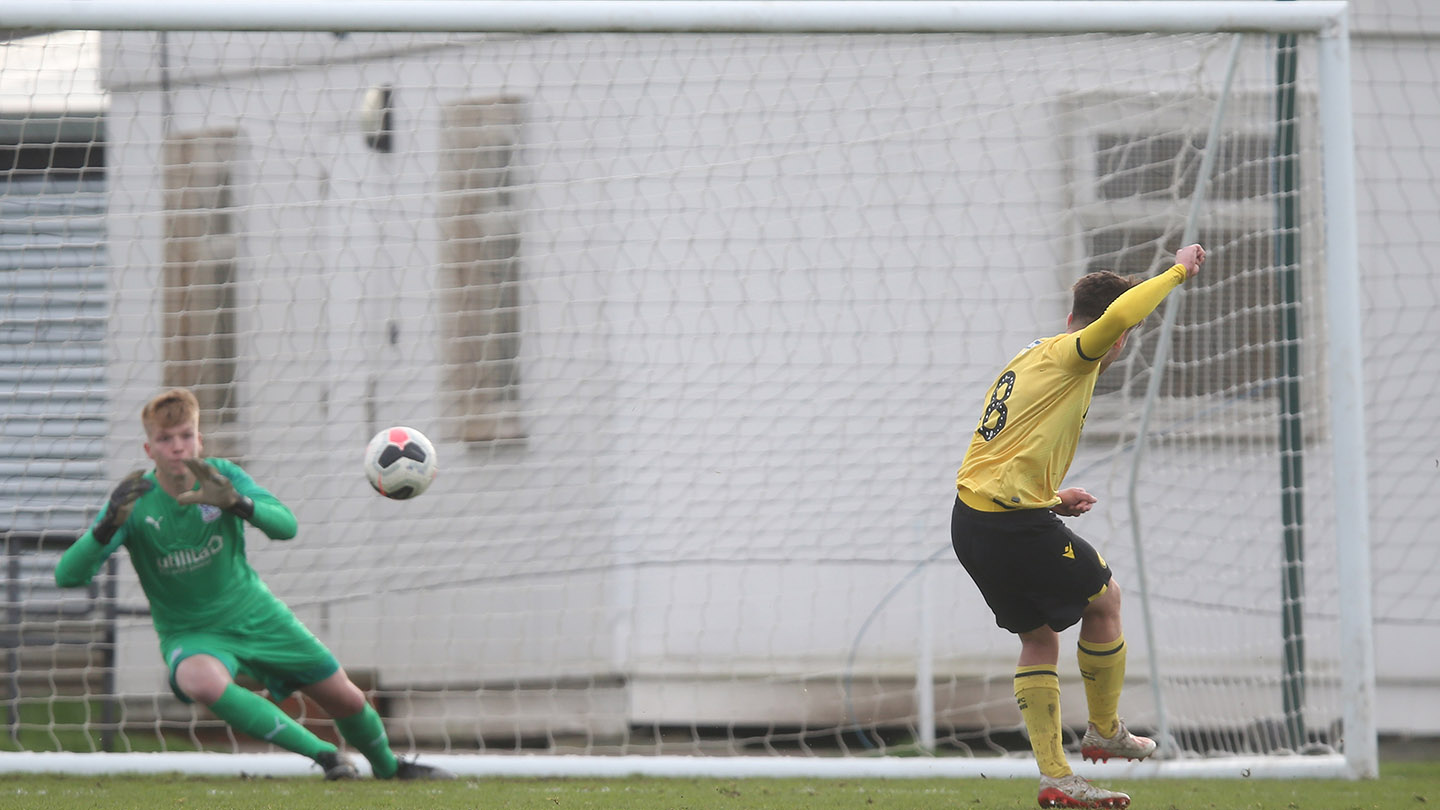 Palace almost responded right away when Tetteh-Quaye Addy led a neat passage of build-up play as he sprayed the ball out to Noah Watson on the left-wing, and he then fizzed a fine delivery into the box which Omilabu could only bundle into the hands of Leighton Fanshawe in the Millwall goal.

The hosts did not seem fazed by their hosts’ one-man advantage as the half continued, and they managed to level the scores on the brink of half-time following a fine solo goal. Addy won the ball on the halfway line before poking it into the path of Omilabu, and the striker then muscled off the challenge of Chibuike Ezennolim before driving his finish into the bottom right-hand corner of the net. 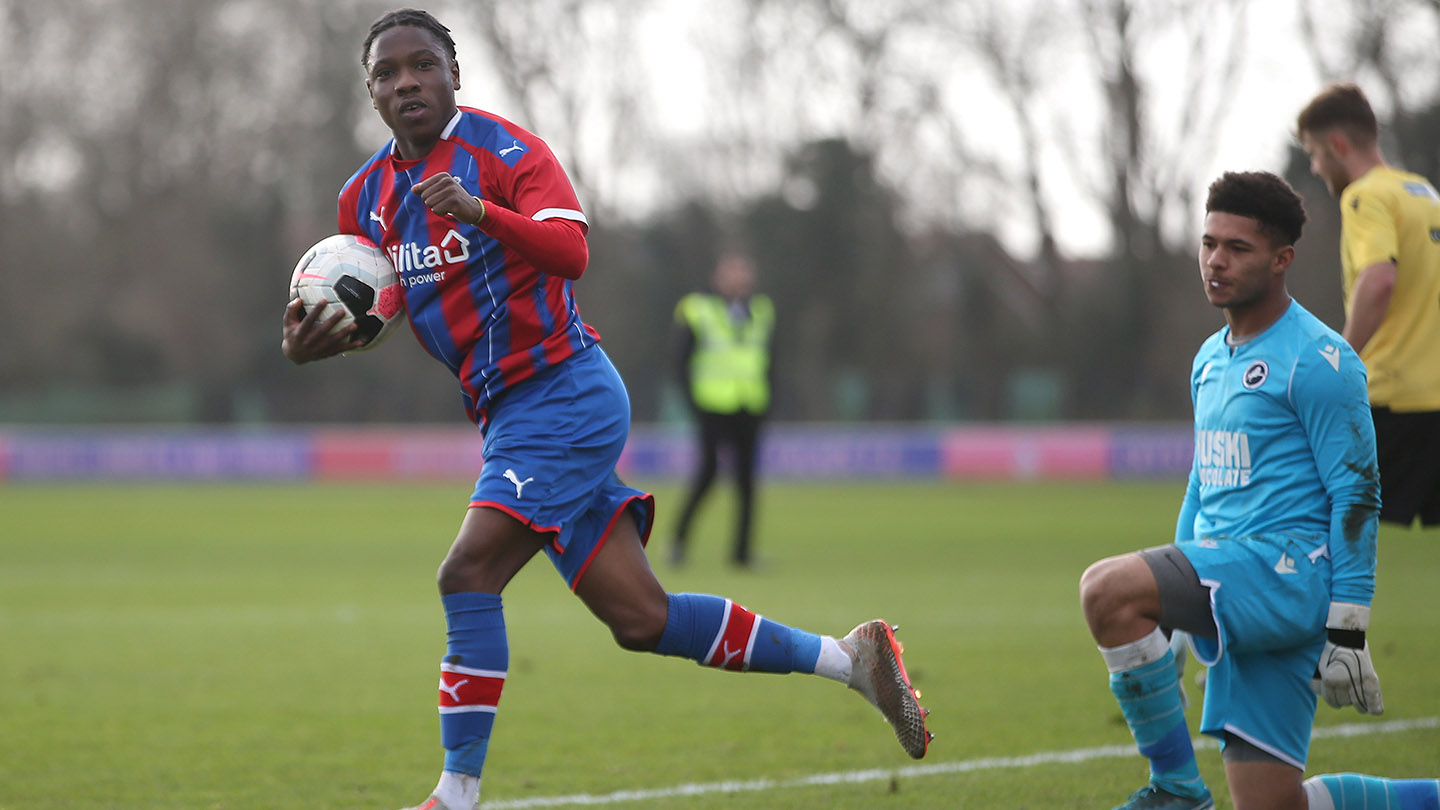 Millwall looked threatening early on in the second period and almost regained the lead as a neat exchange between Abdulmalik and Nana Boateng resulted in Tyrese Briscoe receiving the ball in the box, but he fired his shot wide from close range.

However, it was not long before Palace then completed an unlikely turnaround as Fanshawe failed to deal with a looping ball into the box, and Omilabu showed real determination to capitalise on the error, bundling the ball home on the goal line in the 66th minute.

The hosts then continued their resolute defensive showing, doing well to restrict Millwall’s chances during the closing stages. The Lions’ best opportunity saw Boateng burst into the left-hand side of the box before seeing his rising effort clip off the bar, and Palace cleared the resulting danger.

Millwall were reduced to 10-men in stoppage time when Victor Akinwale raced through on goal after stealing the ball from Ezennolim near the halfway line, and the referee then brandished a red card when Ezennolim tugged back the Palace attacker on the edge of the box.

Palace managed the closing minutes effectively by keeping hold of the ball until the end of the game as they ground out an excellent win.