The signs of what was to come from the Eagles over the 90 minutes was clear from the off with a tenacious, trademark midfield battle won by Luka Milivojevic which gave Palace the chance of a three-on-three break. However, as Christian Benteke looked to utilise his pace and power down the left-hand side, the pass unfortunately clipped the Belgium striker’s heels.

But the early suggestion that Palace could win the midfield battle and get in between the Robins’ midfield and defensive lines were there.

And on three minutes, Andros Townsend collected a wayward ball from City, and won a free-kick 25 yards away from goal after being clipped from behind just as the play opened up and the winger was deciding whether to replicate his goal from last season away at Cardiff City or to tee up Jeffrey Schlupp or Benteke. Milivojevic took the resulting free-kick but the ball didn’t quite dip enough to hit the target. 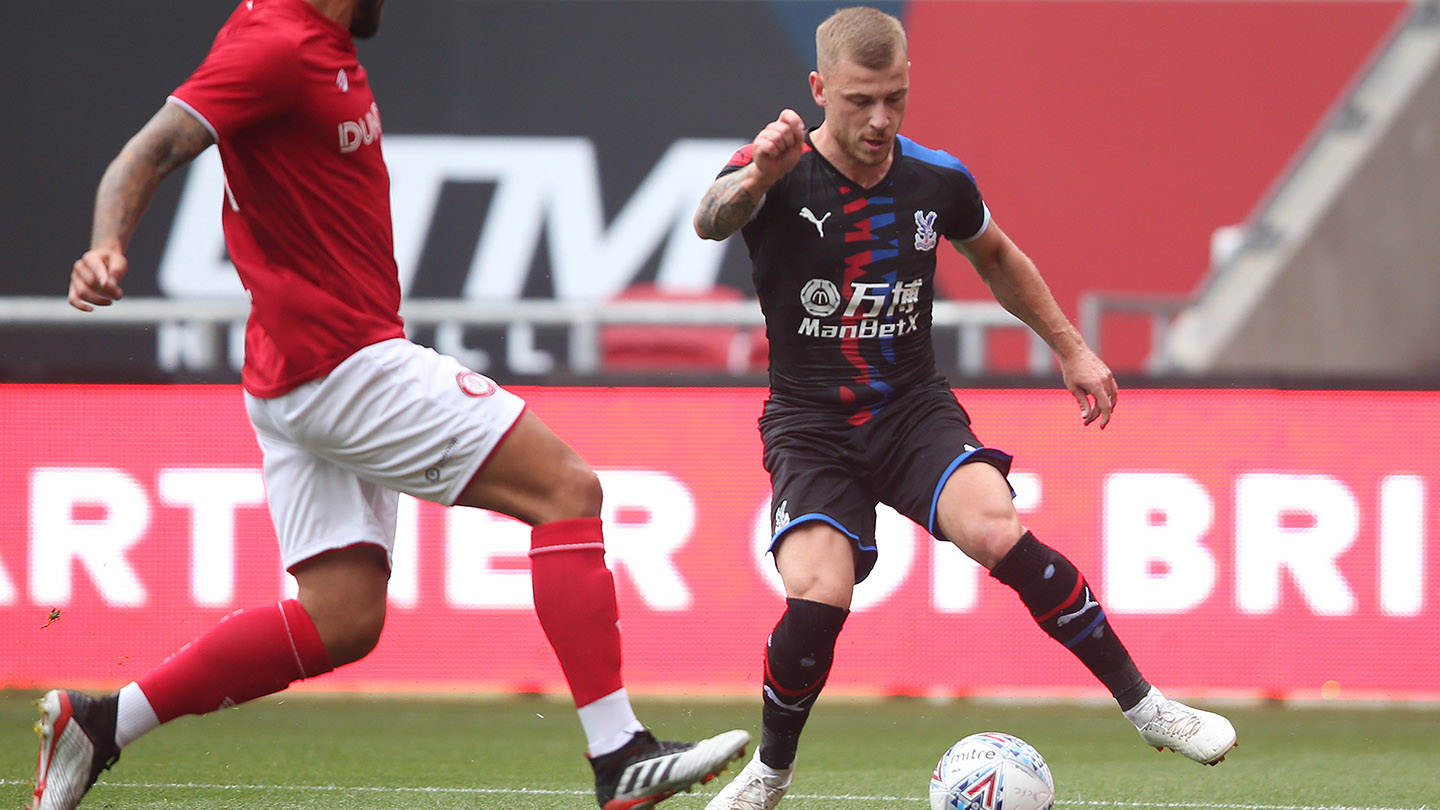 It was then Bristol City’s turn to register their first chance of the game, which arrived on seven minutes via a speculative effort from Famara Diédhiou that went over from 20 yards.

Palace responded to City’s first attempt of the match by going right up the other end and nearly taking the lead thanks to lovely link-up play between Benteke and Schlupp, with the latter coming close to delicately chipping Dan Bentley, but the ‘keeper thwarted well.

The Robins’ closest effort of the first-half came on 12 minutes when Josh Brownhill’s free-kick from just outside the area landed on the top of Vicente Guaita’s net, with the Spaniard looking comfortable should the ball have been a few inches lower.

The opener that Palace had been threatening did arrive on 13 minutes, with a move that began thanks to another Milivojevic interception in the middle of the park, with the Serbian finding Schlupp with an incisive pass through the City midfield. A neat Cruyff turn from the Ghanaian handed possession to Max Meyer with the German picking out Patrick van Aanholt on the left-hand side of the penalty box. 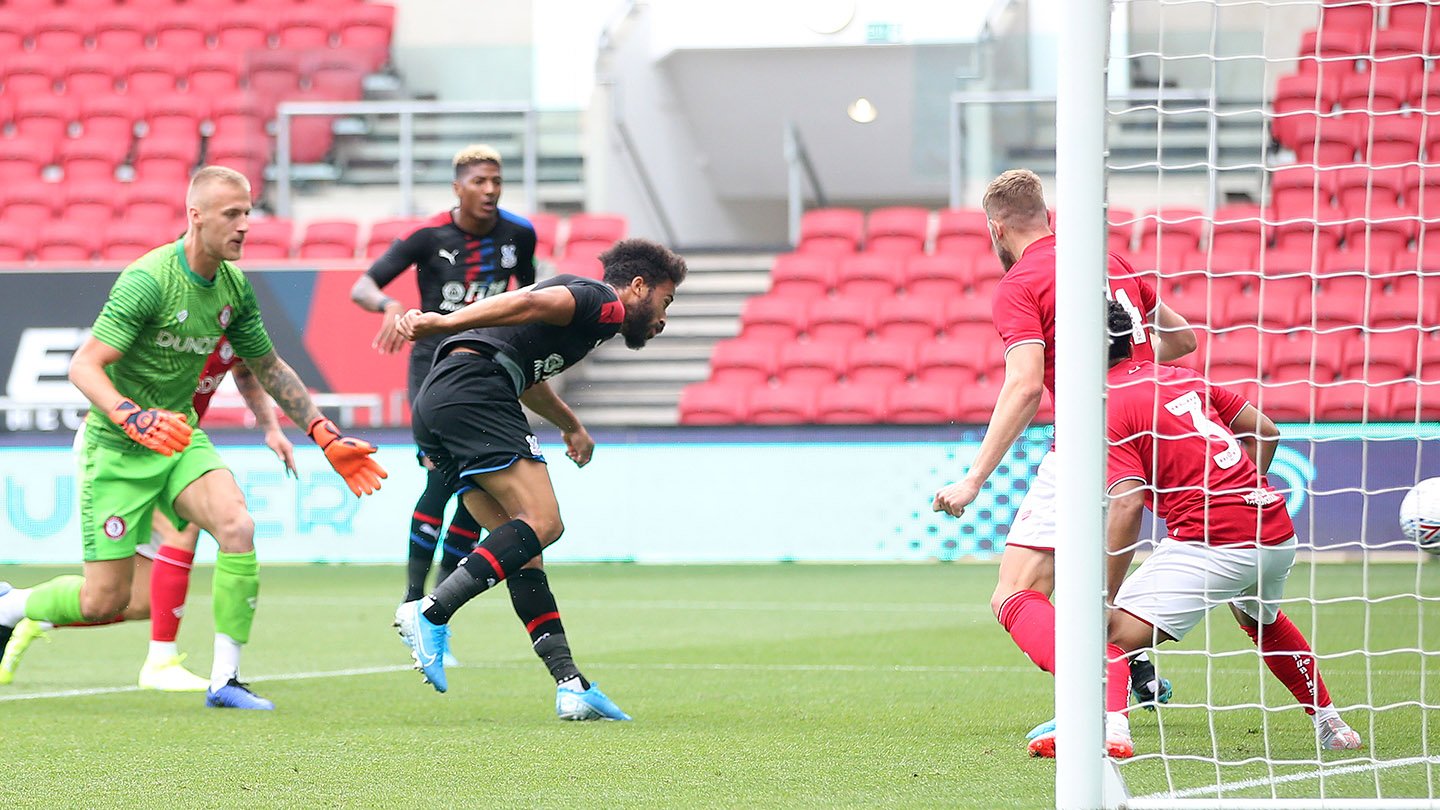 The Dutchman, as he has done so often in his Palace career, looked to rifle the ball into the back of net after finding space in the box. However, a smart block from Niclas Eliasson ended up causing a couple of unsettling bobbles for the Bristol City defence, that fortunately for the south Londoners ended up at the feet of Townsend to smash home from just yards out.

The Robins barely had time to regroup after Palace had taken the lead before they found themselves two goals down. Less than a minute after the opener, Schlupp got in behind the defence before clipping nicely over Bentley, who despite getting a touch, failed to prevent the ball from looping into the net – a retreating City defender tried his best to hook the ball off the line but Schlupp’s attempt ducked in just below the bar to double the Eagles’ lead. 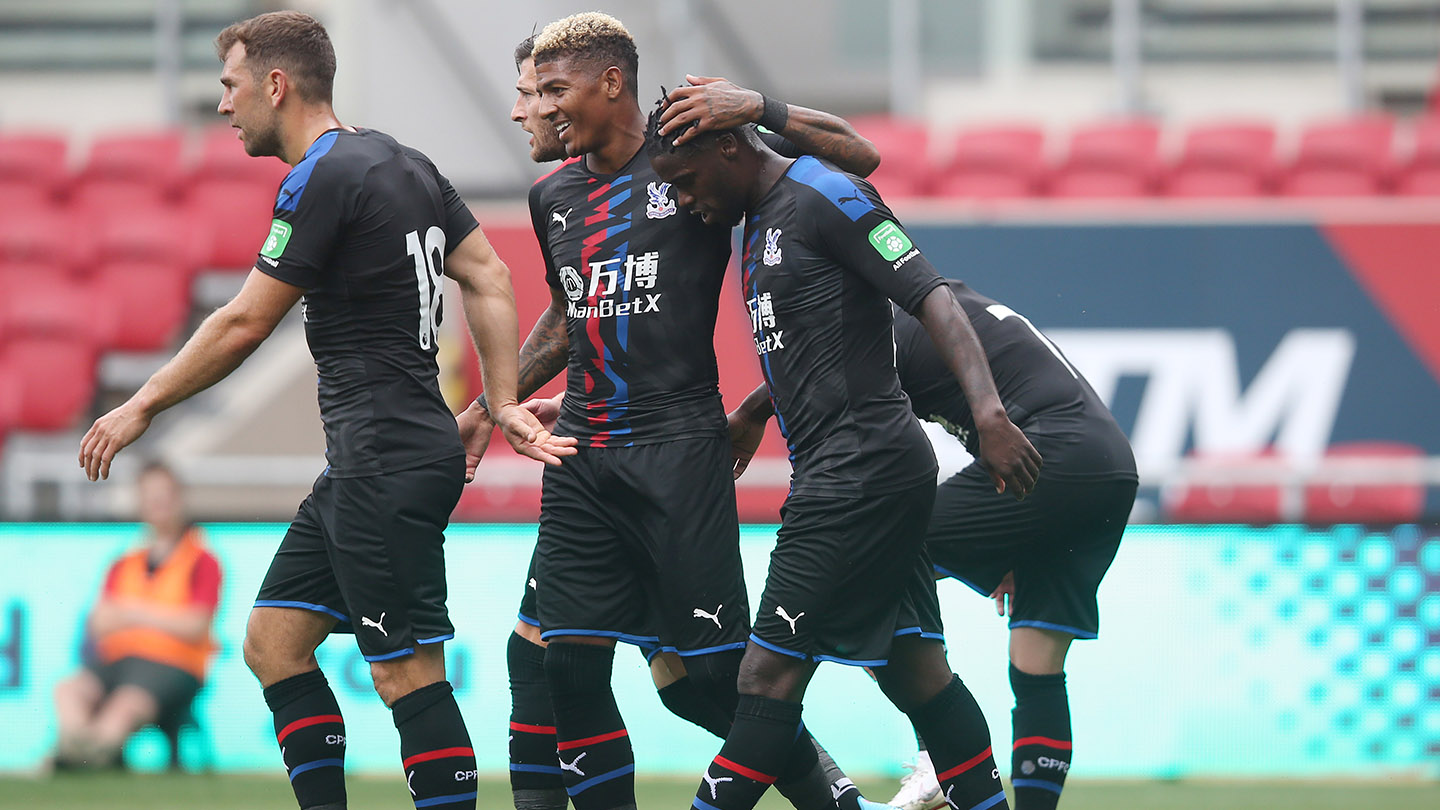 Meyer almost made it a hat-trick of goals for Palace in a dominant first half performance, and a goal that would’ve been more than the former Schalke midfielder deserved with a busy 45-minute performance combined of intricate footwork and key passes. However, after twisting and turning before eventually arrowing a strike just inside the box, Bentley in the Robins goal did well to tip over.

Hodgson showed no signs of letting up despite the two-goal advantage and at half time brought on new signing Jordan Ayew for Schlupp.

The second half started in the same way the first 45 went with Palace probing and looking threatening, and it only took eight minutes into the second half for Palace to find their third. An incredible deep cross from club captain Milivojevic exquisitely found Benteke between two Bristol City defenders and the Belgium international powerfully headed home.

A warning came in the 59th minute for Palace, though, with Bristol City not giving up the fight and very nearly had their first goal of the afternoon but Diédhiou couldn’t keep his shot down from two-yards out, clipping the bar.

Palace found the net for a fourth time on 70 minutes, and although there was an element of fortune in how the ball fell to Meyer in the box – a ricochet via James McArthur – there was nothing fortunate about the delightful dinked finish from the midfielder. 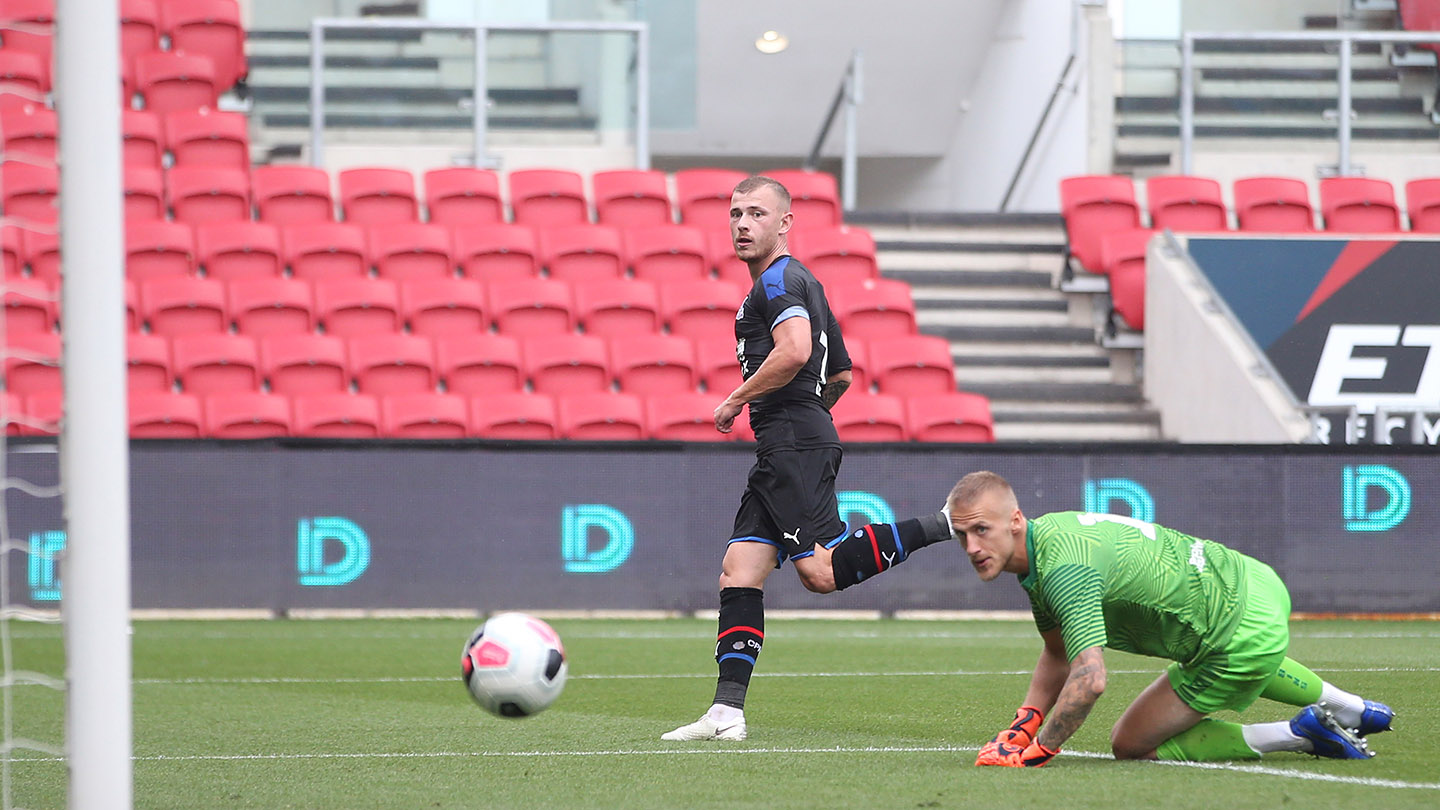 Meyer was again involved on 76 minutes for a fifth Palace goal, with the German delaying a pass to Townsend on the byline to the perfect moment for the rushing winger to comfortably cutback to an unmarked Connor Wickham to turn home from close range.

Luke Dreher, Sam Woods and Jairo Riedewald all came on for the final 10 minutes with Hodgson getting a good look at his squad and getting some valuable minutes in as the Premier League opener edges closer.