Palace in heroic 2-2 comeback against Arsenal

Roy Hodgson's side fought back from two goals down to earn a well deserved and impressive 2-2 draw against Arsenal this afternoon.

Despite Palace finding themselves 2-0 down after nine minutes, it was Roy Hodgson’s side who had the first chance of the game. On four minutes, Andros Townsend created a well-worked opening down the right flank and floated the ball to the edge of the box, where he found a late arriving James McArthur – despite a good connection from 18 yards, McArthur’s header went straight at Bernd Leno. 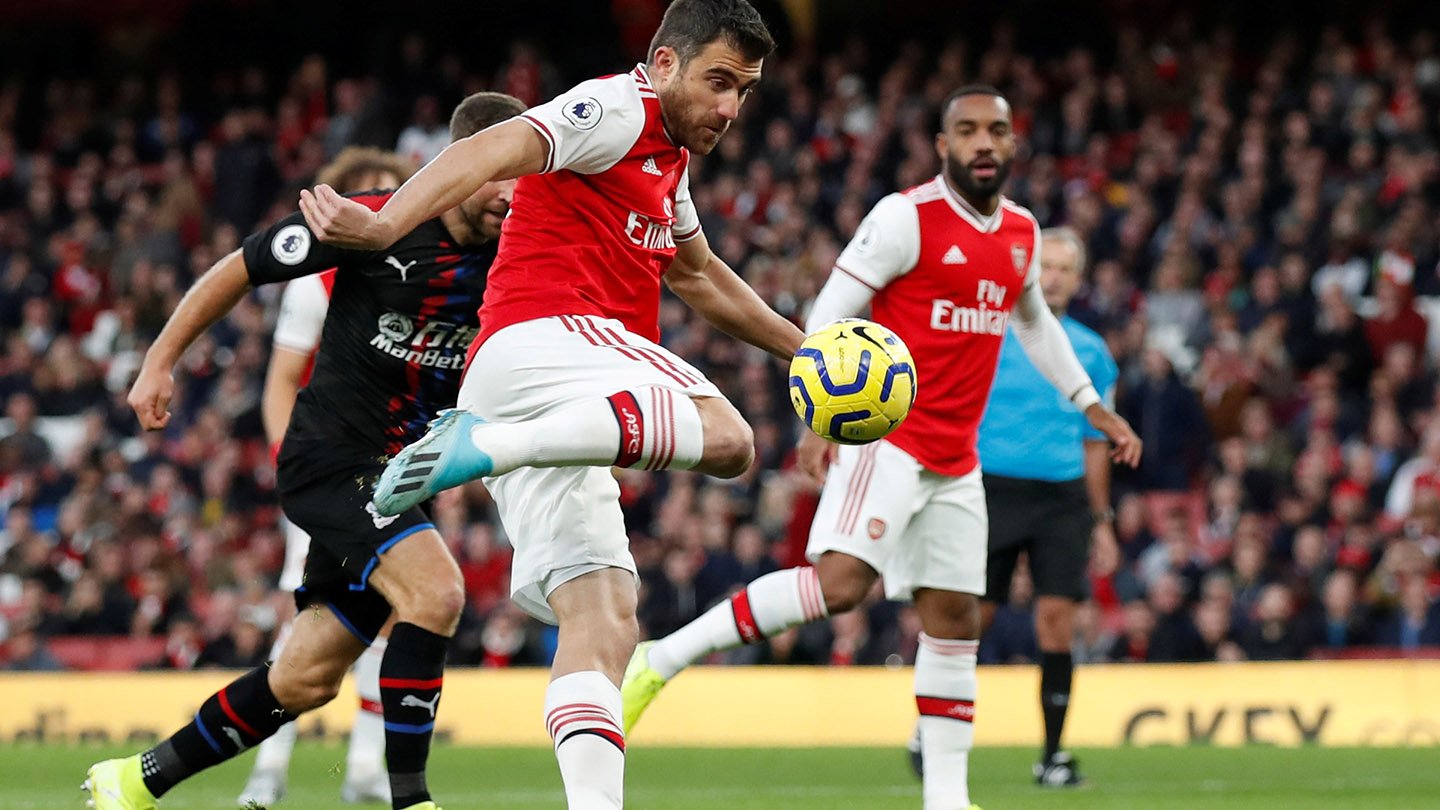 And things almost worsened for Palace on 11 minutes with a Kieran Tierney cross finding Alexandre Lacazette in the centre of the Palace goal from 14-yards. The Arsenal striker controlled with his chest before firing a low arrowed effort to the bottom-left corner, however, Hennessey got down well to save from the forward. 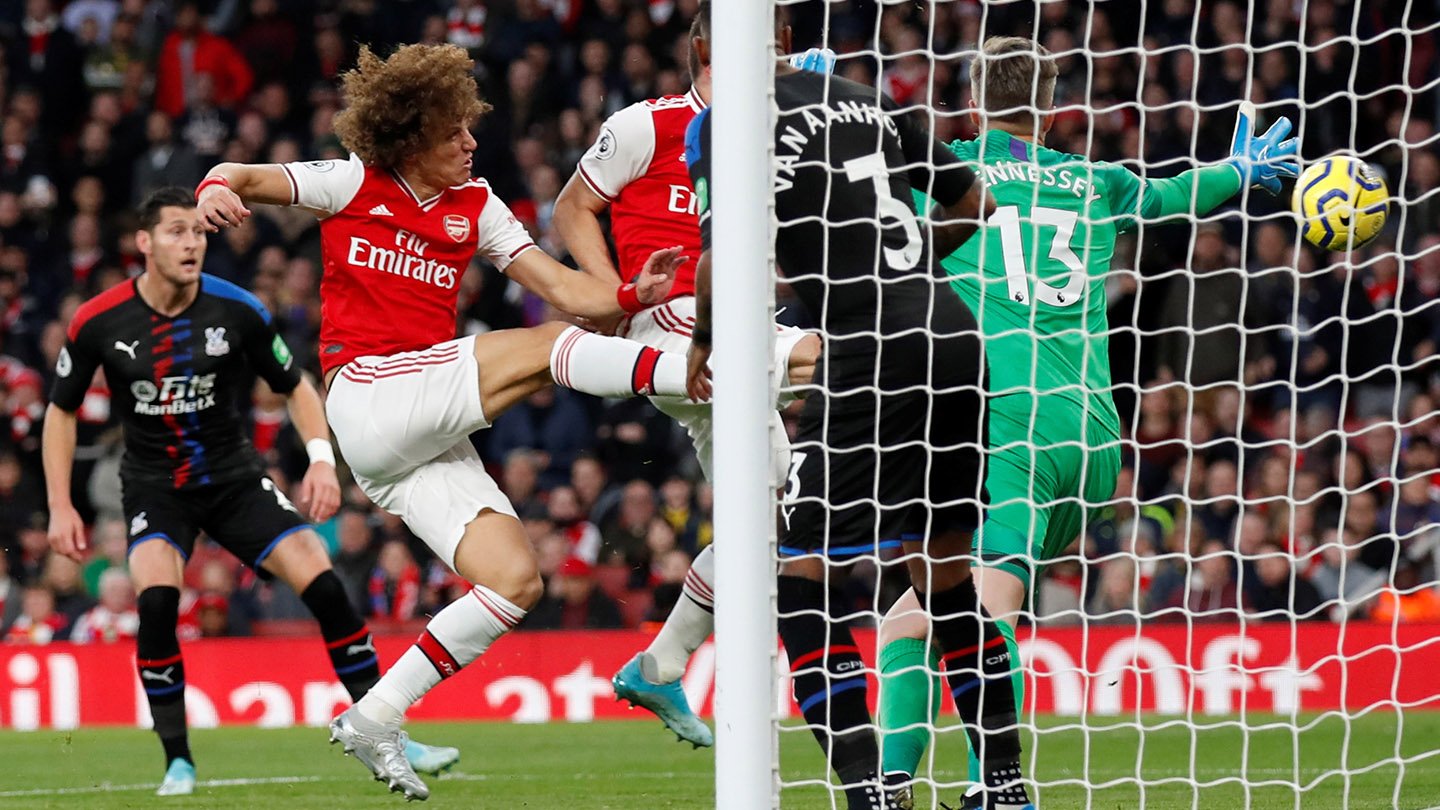 From a Palace corner on 14 minutes, Matteo Guendouzi’s long ball clearance put Pierre-Emerick Aubameyang clean through. However, a lung-busting run across from right-back from Joel Ward saw the full-back get back to put off the Gunners striker with Aubameyang scuffing wide.

The next 15 minutes saw Hodgson’s side grow more and more into the game, and the chance to half the deficit arrived on 30 minutes via the familiar combo of Wilfried Zaha and Luka Milivojevic.

A trademark direct and skilful dribble into the box from Zaha teased Calum Chambers into making the challenge, with the defender clearly felling Zaha. However, referee Martin Atkinson initially punished the Eagles player with a yellow card for simulation. Up stepped VAR to reverse the booking and award Palace the chance from 12 yards, which now means Zaha has won the joint-most penalties in Premier League history along with Raheem Sterling & Jamie Vardy (16). 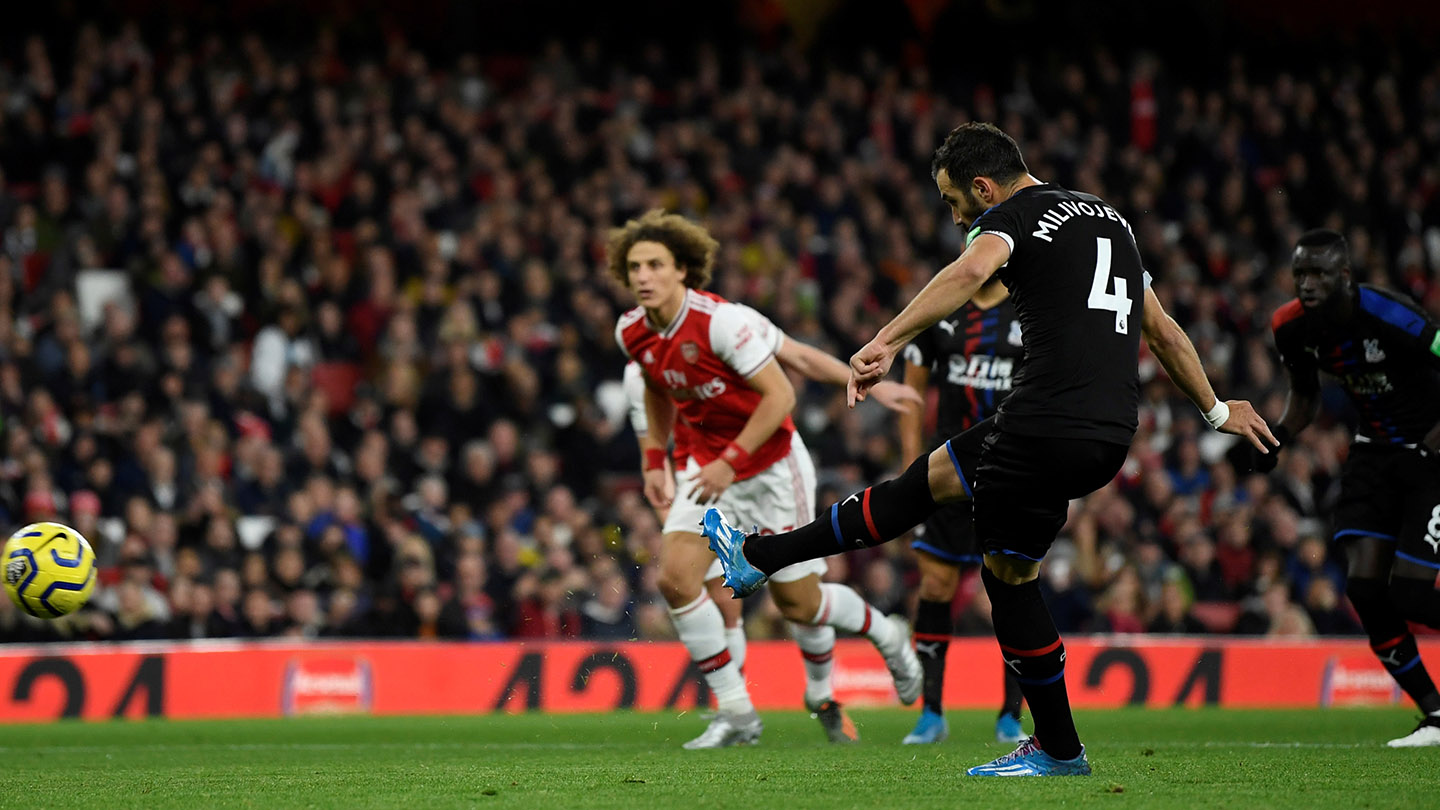 Milivojevic sent the away end into raptures with his fifth goal in six Premier League appearances against Arsenal, with four of them coming from the spot.

It was almost the perfect first-half comeback in injury-time with Patrick van Aanholt popping up in the box and drawing a smart save from Leno, that was a comfortable height for the Arsenal ‘keeper to parry away.

Palace exploded out for the second-half with Calum Chambers’ yellow card for a foul on Townsend, who was in full flight down the left flank, epitomising Arsenal’s struggles.

On 52 minutes, that opening spell of dominance in the second-half would reap the rewards. Again, Palace exploited the left-hand side, this time McArthur surging clear before clipping a delightful ball over Leno and the Arsenal defenders, to find Jordan Ayew unmarked to nod home. 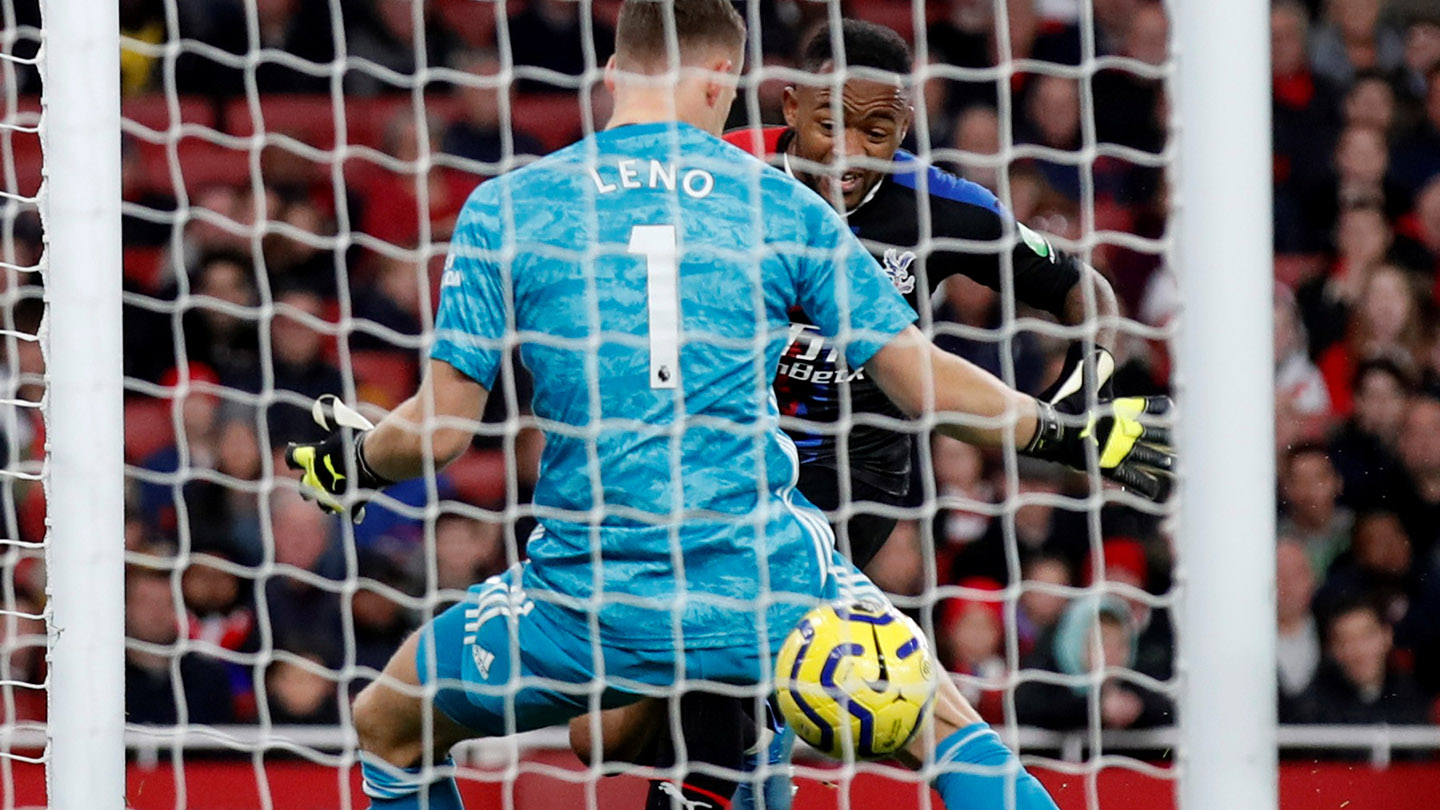 The Eagles were in the ascendancy, and on the hour-mark Zaha led a three-on-three attack for Palace. However, after working space for the shot, a retreating Guendouzi got back to block the shot from the Ivory Coast international.

It wasn’t until the 67th minute that Arsenal registered their first shot on target in the second-half, a near post header from Lacazette from a Pepe corner that Hennessey did well to collect low down.

As both teams pushed for the winner, Hodgson freshened up the final third with Christian Benteke replacing Ayew with 10 minutes left - another typically hardworking and goalscoring performance from the permanent summer signing.

Unfortunately, it looked like it was the Gunners who had found the decisive fifth goal of the game on 83 minutes, with Sokratis getting his second of the game after a goalmouth scramble from an Arsenal corner. However, VAR was again on the Eagles’ side, overruling the strike due to a couple of fouls in the box on Palace’s players. 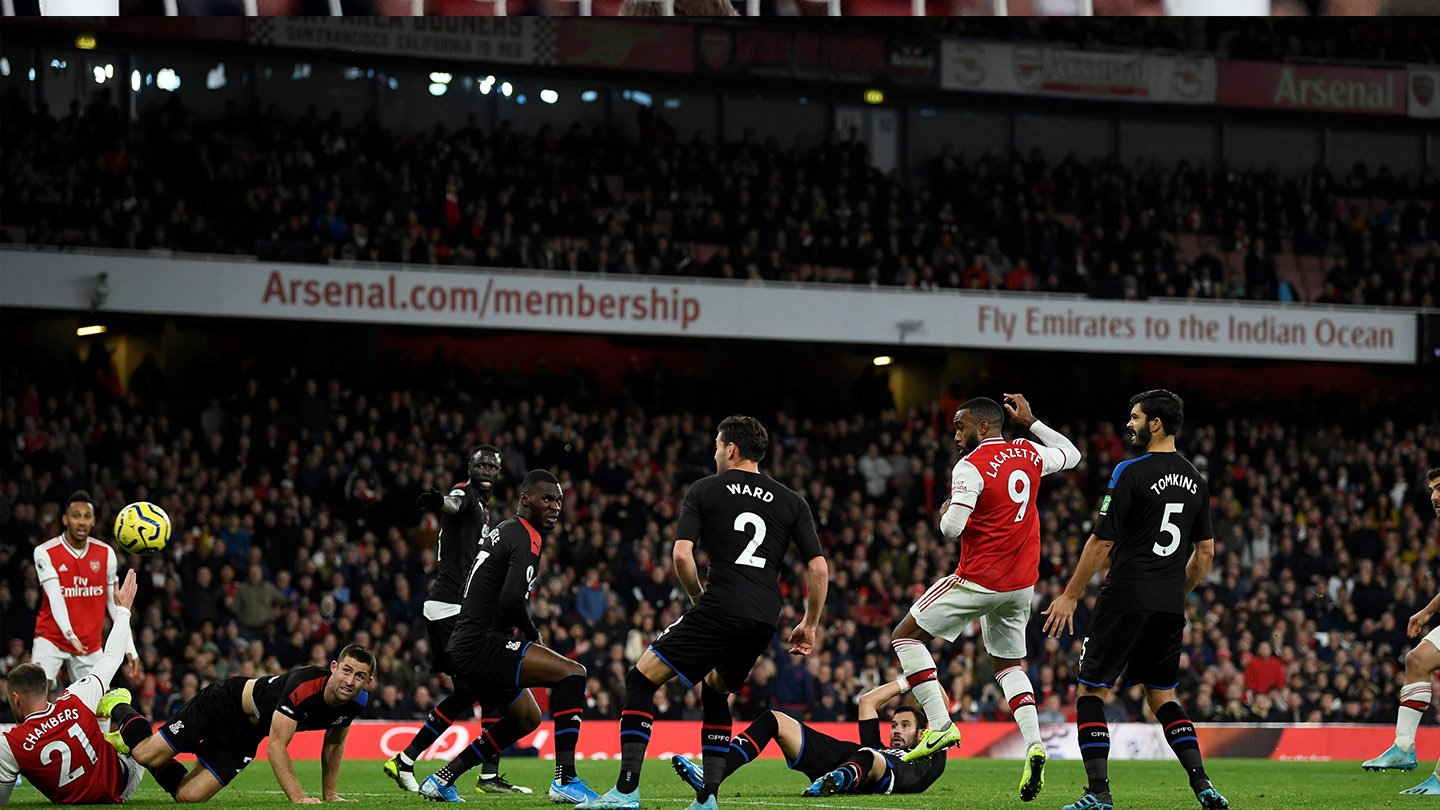 As Arsenal pushed again for a late winner, Hennessey sprung into action again, reaching his top right corner well from a close-range curled effort from Luiz.

As the Fourth Official signalled six minutes injury time, Wilfried Zaha almost made it the dream comeback for Hodgson's side with yet another exciting, driving run into the box, with his effort inching just the wrong side of Leno's right post.

A late Arsenal corner failed to trouble Palace's defensive lines, and in fact sprung a one-on-one counter-attack: Zaha v Guendouzi. However, a closeline from the Arsenal midfielder unlawfully stopped the Palace winger in his tracks.

That was the last moment of note in the match, and the Eagles return to south London with smiles on their faces after a heroic and impressive fightback in north London. 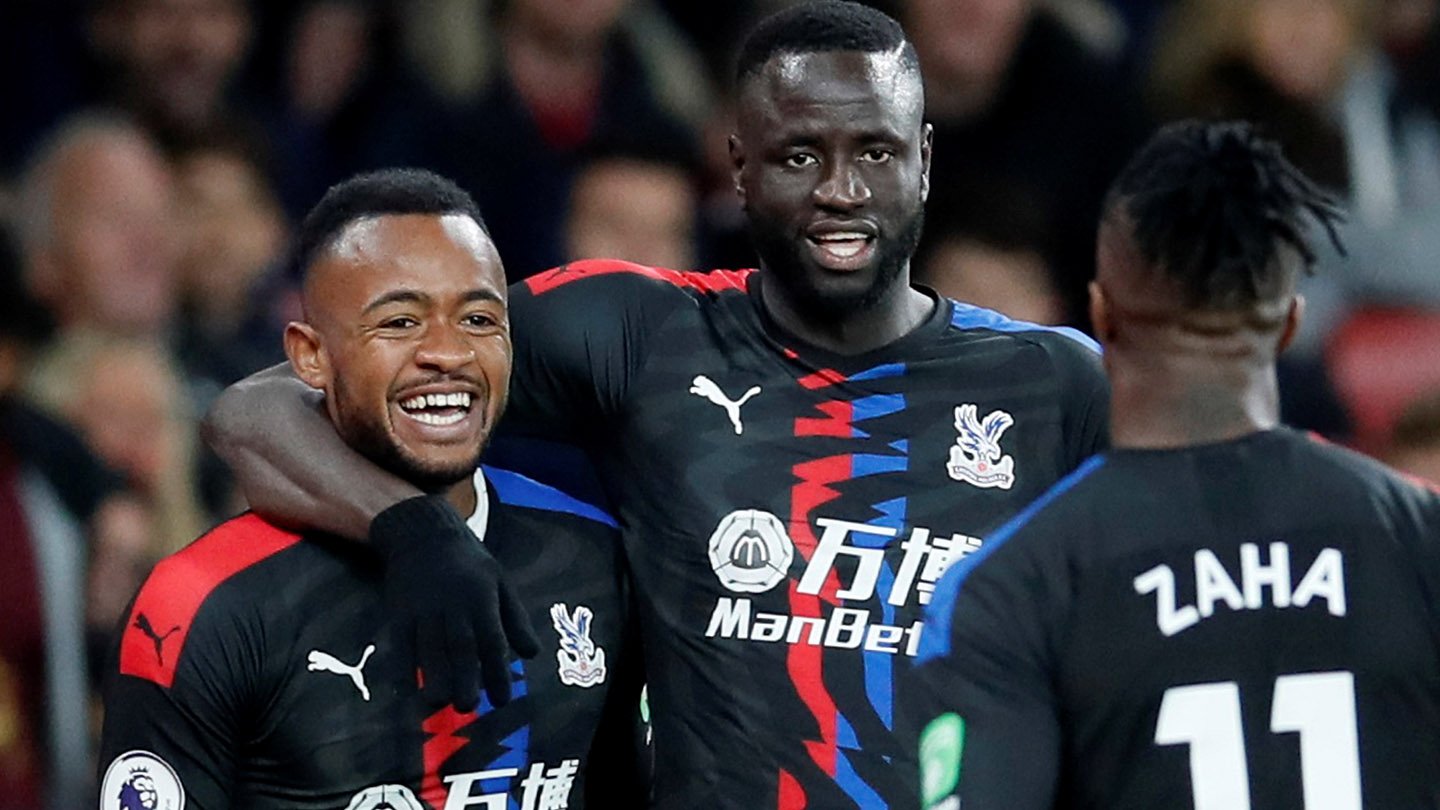