Palace Under-18s sealed an emphatic 4-0 win over Coventry City on Saturday afternoon with Brandon Pierrick, Brandon Aveiro, Rob Street and Tetteh-Quaye Addy all on target during a routine victory for Paddy McCarthy’s side.

Palace named a strong starting lineup for the match, and they started the brighter of the two sides with the Eagles finding particular joy on both flanks in the early stages.

This led to their first major chance which saw Aiden Steele spray the ball out to Pierrick, who tricked his way inside the box from the right-wing before seeing his powerful shot blocked by Cian Tyler in the Coventry goal.

However, Pierrick did manage to find the net soon when he met Aveiro’s low delivery from the left-hand byline and slotted it into the net from point-blank range. Pierrick had caused problems for the Coventry defence in the early stages, with his early threat warranting the game’s opening goal. 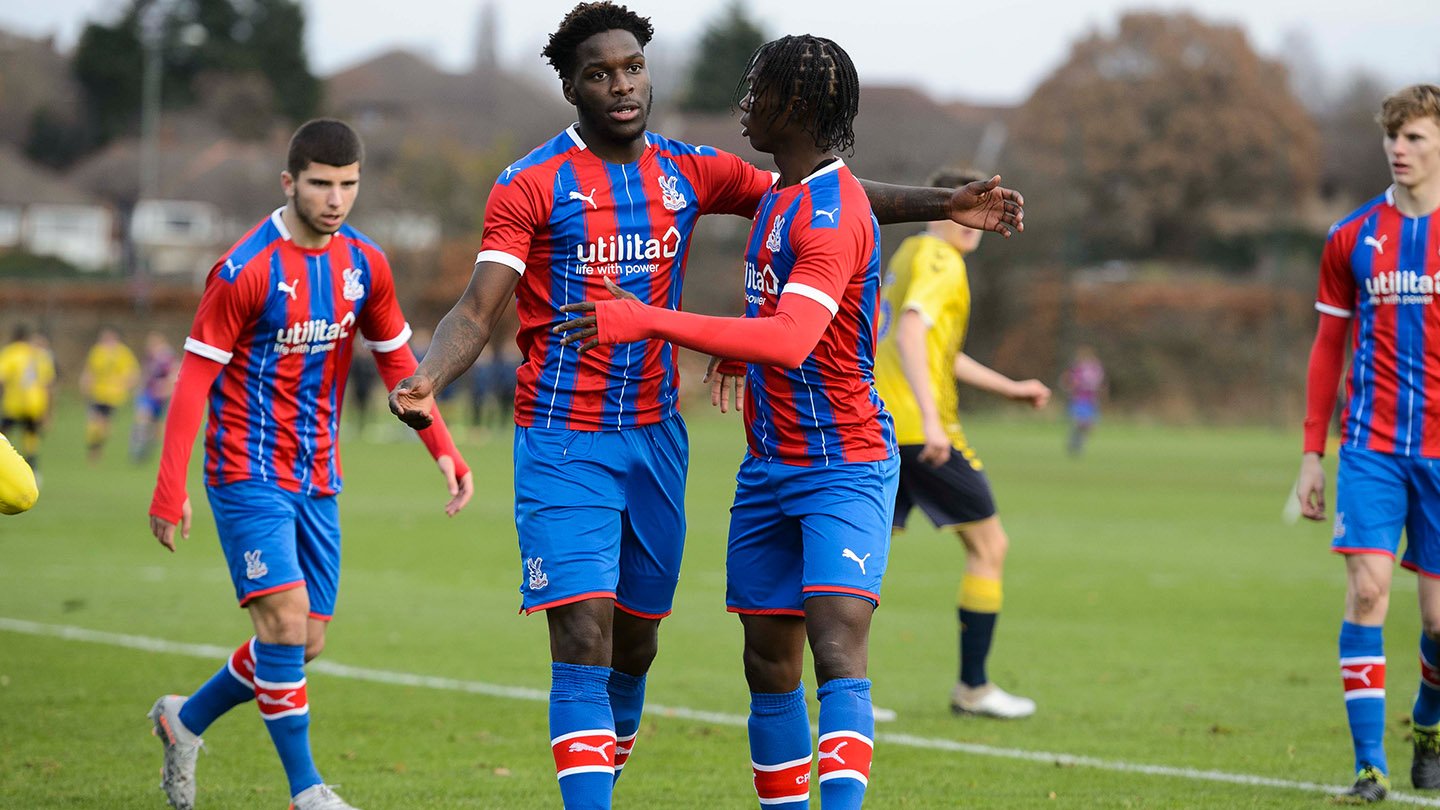 The visitors struggled to seriously test Jacob Russell in the Palace goal during the first-half, with the Eagles coping well with their aerial threat, but Matthew Harlony did register a shot on target when he saw his low 25-yard effort saved by the goalkeeper.

Palace continued to probe the visitors’ backline as Aveiro saw his long-range effort saved after driving forward from midfield, while Tyler also kept out Street’s attempt after the striker got on the end of Pierrick’s precise cut-back.

The hosts then doubled their advantage on the brink of half-time as Pierrick slotted a through-ball into the path of Street on the right-hand side of the box, and he won his side a penalty after going to ground near the byline. Aveiro was on penalty duties for the hosts, and he made no mistake as he powered the ball into the bottom left-hand corner. 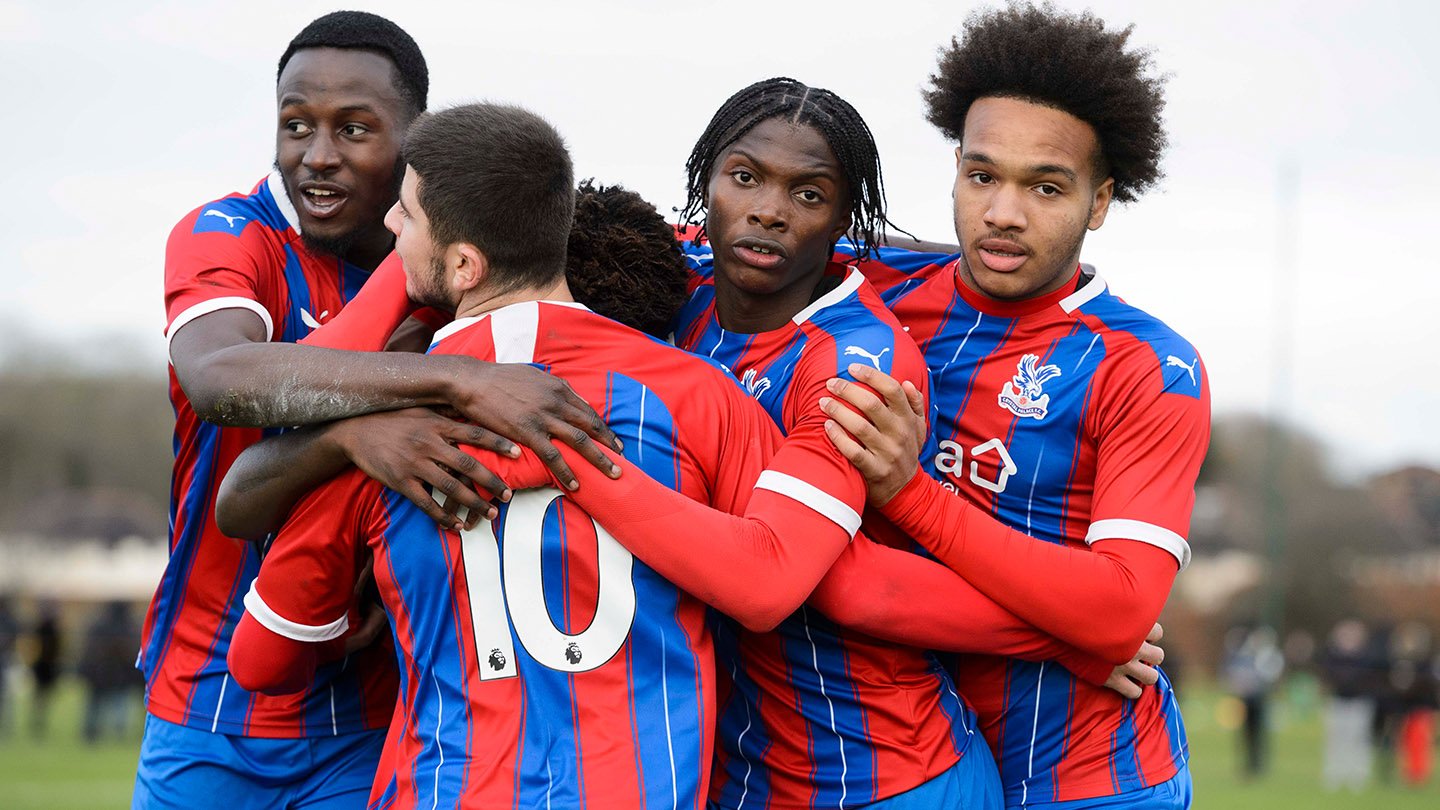 That goal changed the complexion of the game with Palace now having some breathing space as they headed into the second period, and Street then pounced to add to their tally soon after the interval.

The striker had squandered an earlier golden opportunity following a Coventry defensive error, but he made amends in the 52nd minute when he surged into the the box before drilling an incisive finish into the bottom left-hand corner.

Palace’s energetic attacking unit continued to test the Coventry defence immediately after this, with Aveiro nearly adding another when he menacingly cut inside from the left before dragging his effort wide of the right-hand post.

Palace then thought they had a fourth soon later when Street nodded the ball into the path of Aveiro after Addy’s long-range effort cannoned off the bar, but Aveiro could only tap it home after the referee had blown his whistle for Street’s foul on the goalkeeper in the build-up.

However, the hosts did add to their tally in the 63rd when a neat series of exchanges resulted in Pierrick receiving it on the right-hand side of the box, and he squared a teasing ball into the centre for Addy to slam into the net. 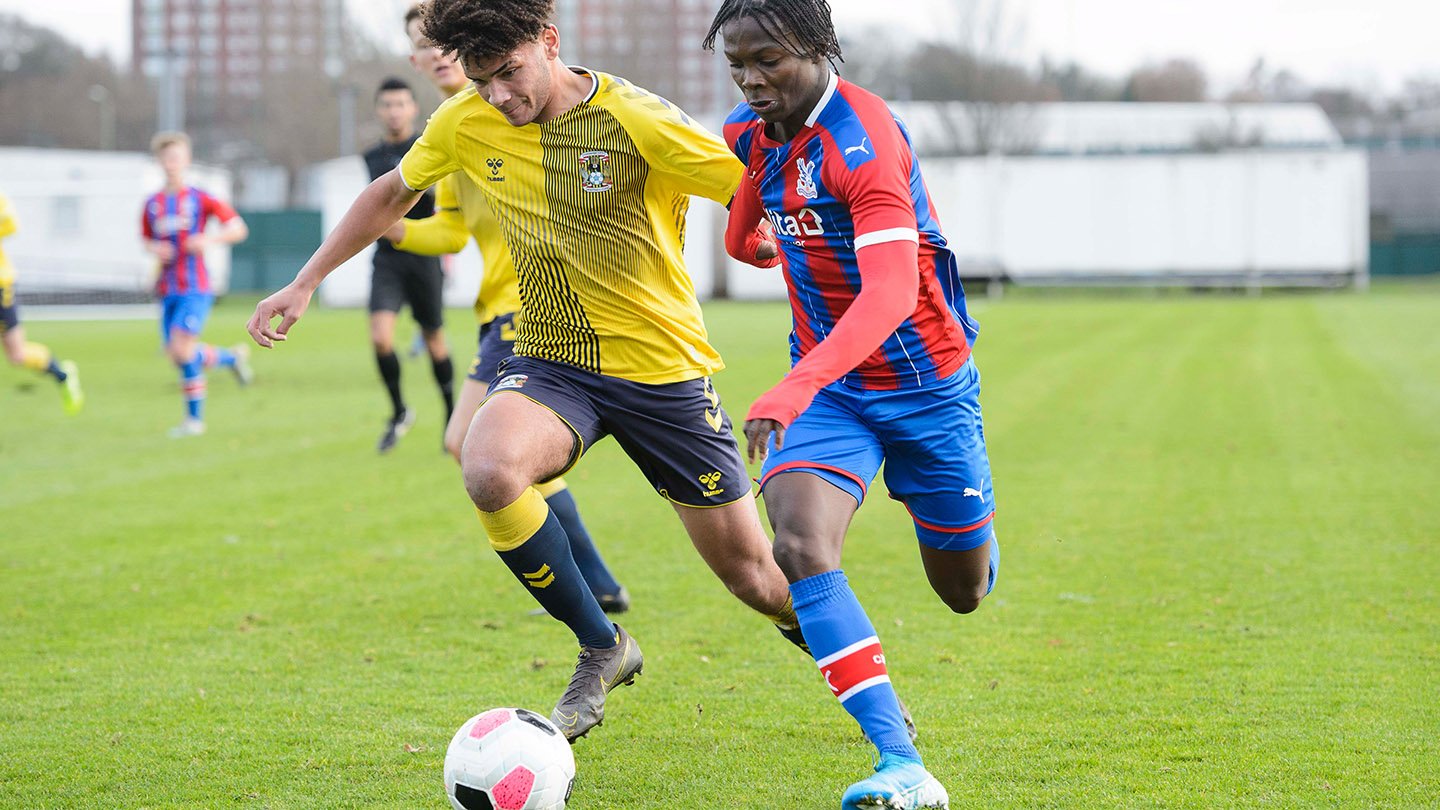 Coventry then managed to create a string of opportunities during the remainder of the game with Hayden Purves bursting forward before dragging an effort wide of the left-hand post, while Joseph Nightingale also went close with his long-range effort which was saved by Russell.

Despite this, it was Palace who finished the game the strongest with John-Kymani Gordon skewing his effort wide of the right-hand post before Cardo Siddik saw his close-range header palmed over the bar, but it ultimately remained 4-0 at the full-time whistle.