Despite the short turnaround between seasons, seven weeks was all Palace needed to re-energise themselves for the 2020/21 campaign with a new formation and a couple of fresh faces in the matchday squad to secure an impressive clean sheet and victory over Southampton. 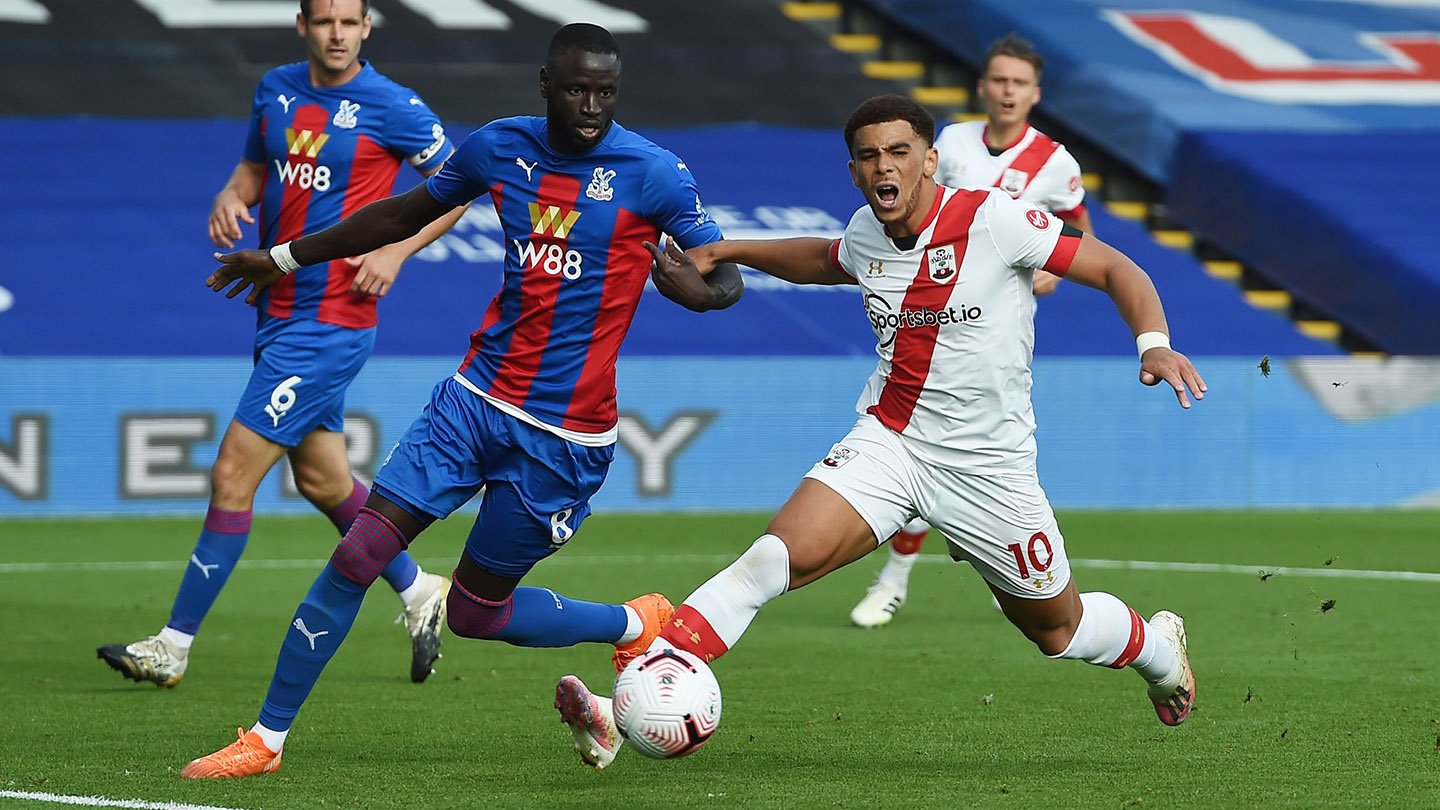 The opening exchanges were tentative, with the south coast visitors dominating possession without troubling Palace’s well-organised defensive line. A header from Jack Stephens off the back of a James Ward-Prowse corner was the best the Saints could muster for all of their possession, with Vicente Guaita welcoming the early touch from Stephens’ header that lacked power.

Palace’s first attacking impact on the game came when Townsend tapped round Ryan Bertand and drove down Palace’s right-hand side. However, the winger’s cross couldn’t find Zaha at the back post. 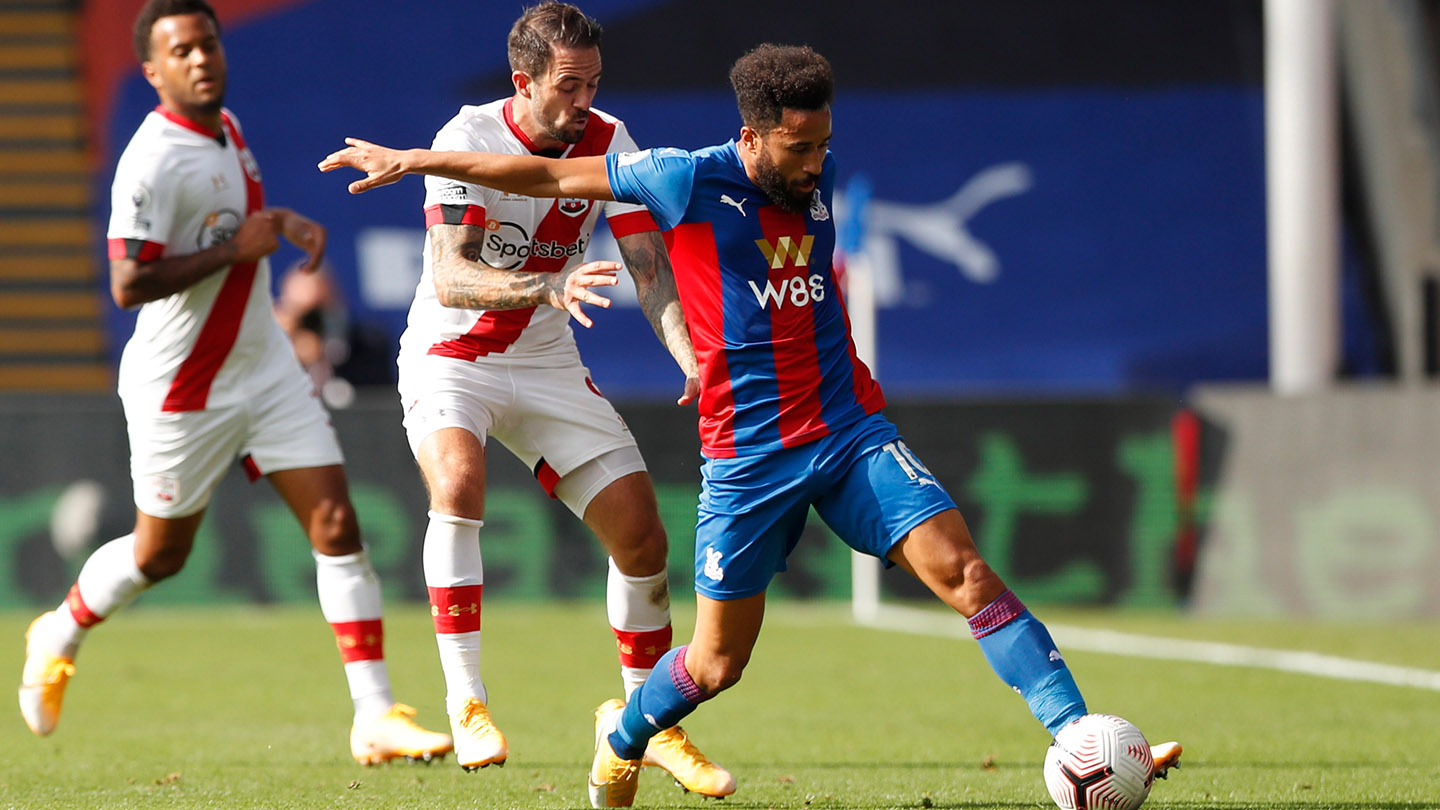 That was, though, a warning sign to Ralph Hasenhüttl’s side – and one they did not heed. On 13 minutes, Townsend’s driving run and cross did find his teammate, and Zaha volleyed home expertly. 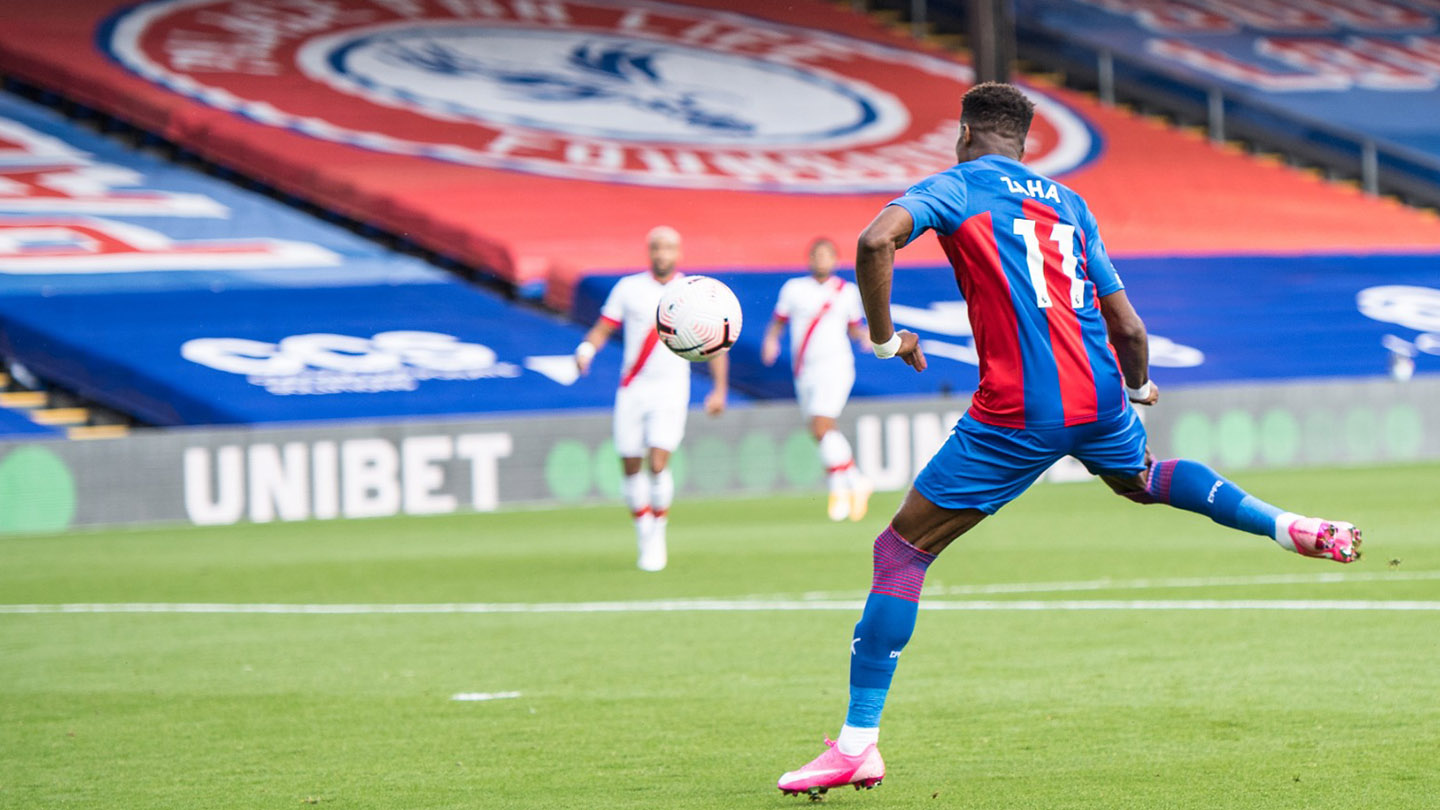 Southampton’s probing continued and the game carried on in the same vein, with Palace nearly doubling their lead on 26 minutes. Dann met James McCarthy's corner that forced Alex McCarthy scrambling across his goal line to save well.

Come the half-time whistle, the Saints had drastically dropped off in the second-half of the first-half, with Palace comfortably on top of the side that had the third-best away record in the Premier League last season.

Palace are unbeaten in their last 21 Premier League games when they’ve found the back of the net first, therefore, it was no surprise to see Hasenhüttl make a tactical change at half-time – Jan Vestergaard coming on for Jan Bednarek – as well as the Saints starting the second ’45 with much more purpose.

A smart dummy and then interchange of play between Ings with Ché Adams saw the latter cleverly find the overlapping Nathan Redmond. However, the winger’s shot, although powerful, was too close to Guaita’s expert positioning. 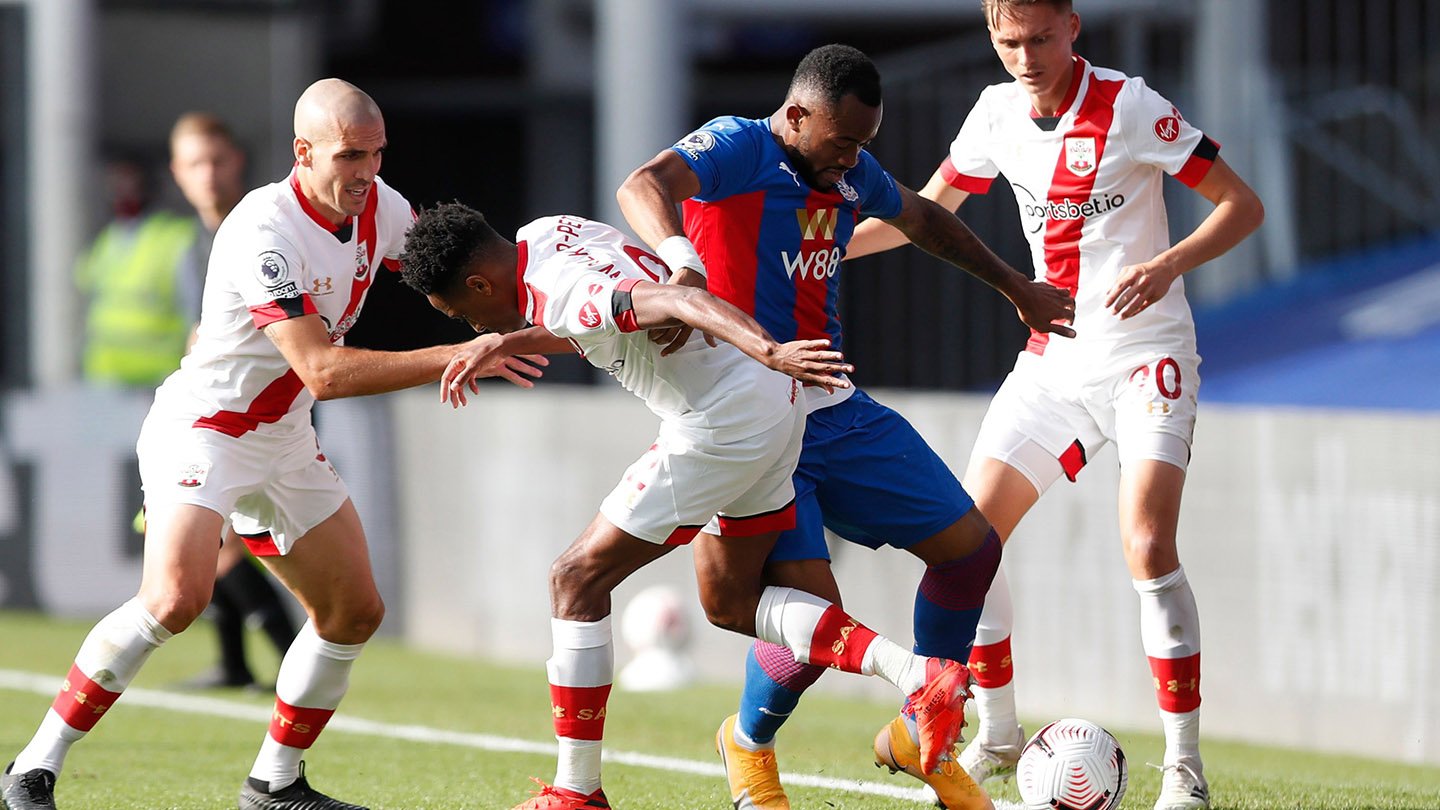 Southampton’s rapid start was nearly curtailed early on 49 minutes when Kyle Walker-Peters was shown a straight red for a high-challenge on Tyrick Mitchell. However, after reviewing on the pitchside monitor, Jon Moss downgraded his original decision to a yellow. 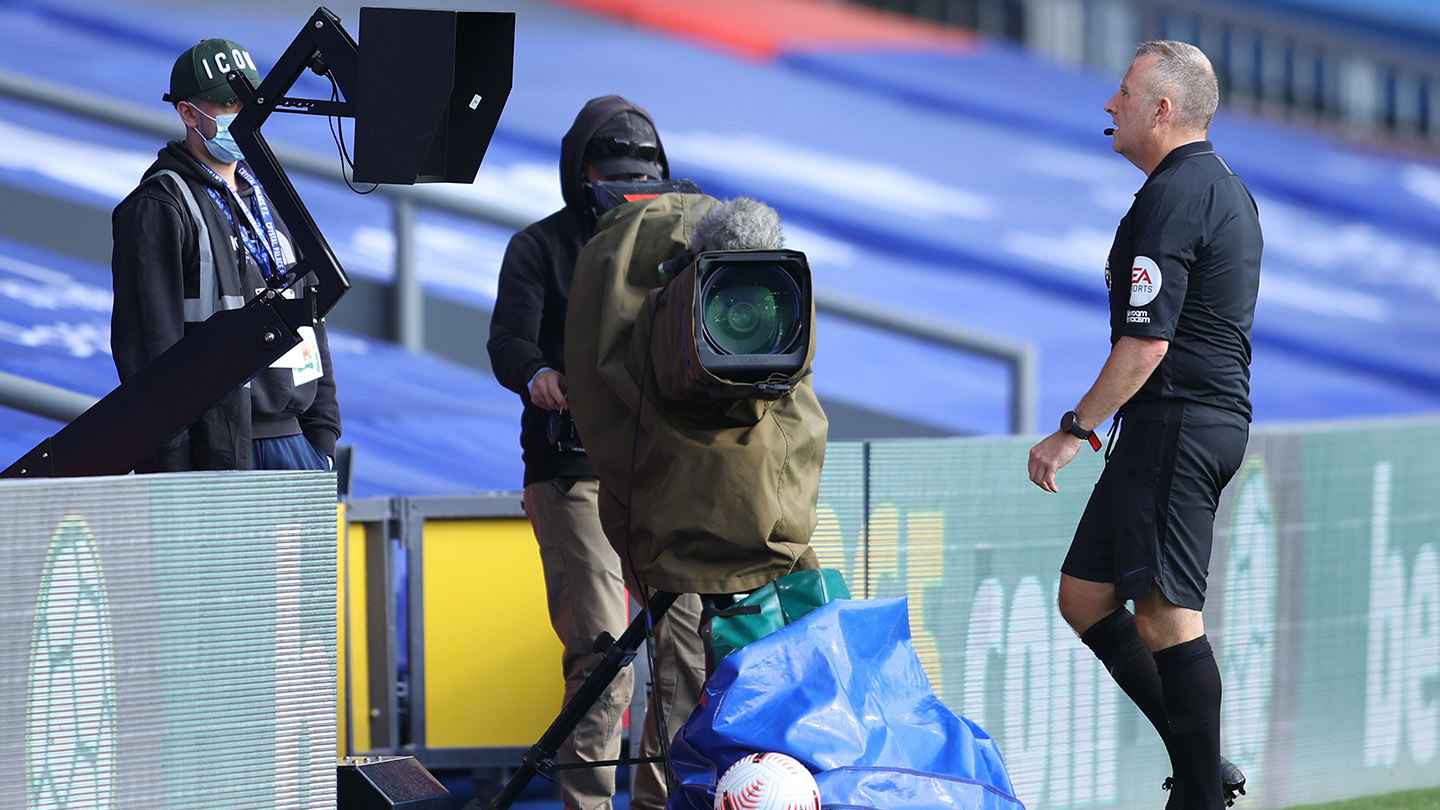 The break in play did nothing to dampen Southampton’s newfound spark, and, somehow – how many times have we said that?! – Guaita thwarted Adams’ rifled effort from a few yards out. Exceptional from the Eagles’ No.31.

Southampton’s pressure, much like in the first-half, waned and Hodgson looked to capitalise on his side’s stability by adding the fresh legs of Luka Milivojević to the middle of the park in place of the booked James McCarthy on 74 minutes.

The captain took over the armband from Dann and nearly had an assist to his name with almost his first touch. A deep, lofted free-kick into the penalty area found Ayew, who was in space but unable to generate enough power with the header that the opportunity required.

A few minutes later, a sight all Eagles had been itching to see, Eberechi Eze followed his captain onto the pitch for his Crystal Palace debut, coming on in place of Jeffrey Schlupp. 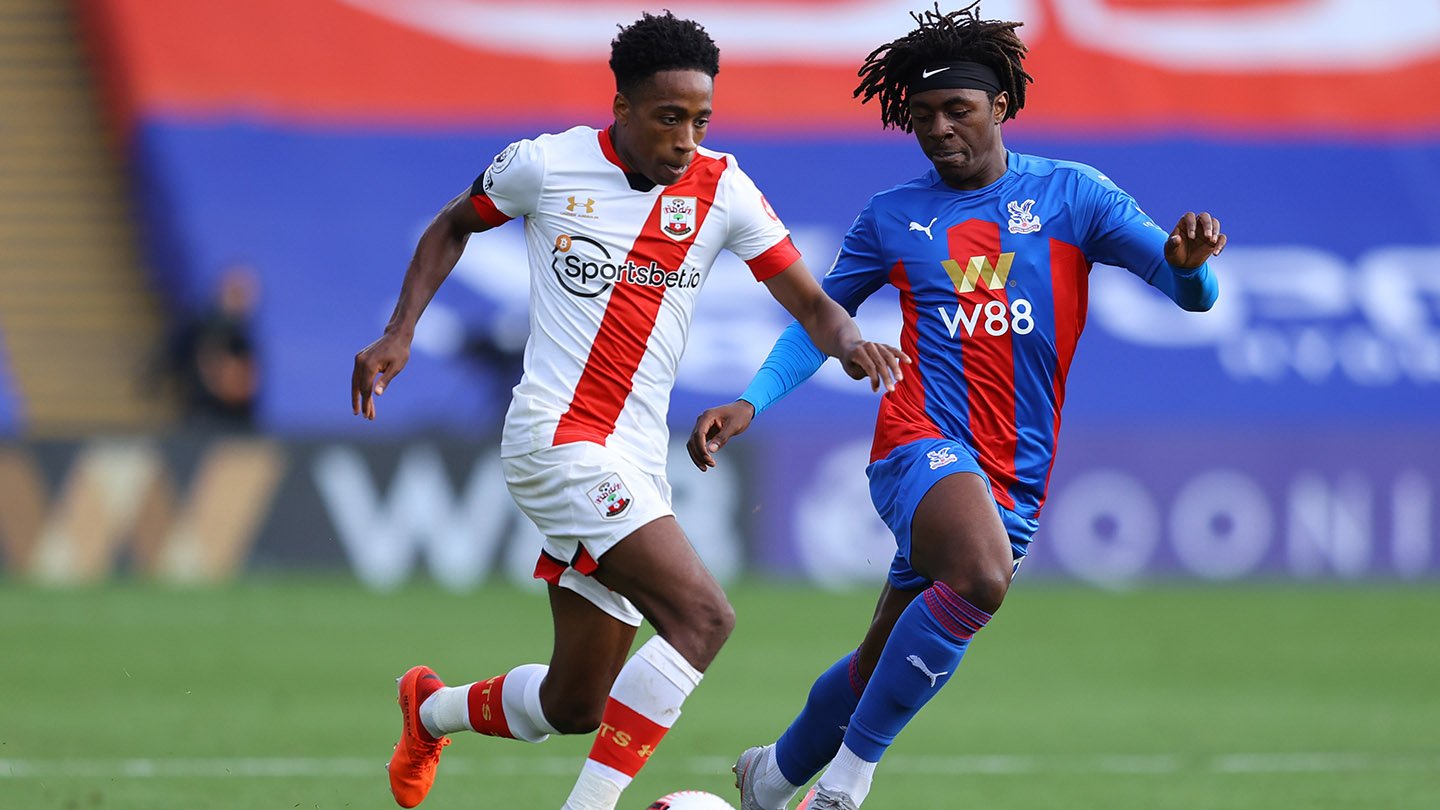 The introduction of Palace’s summer signing sparked, what Palace thought, was the game-deciding second goal from Zaha. Eze found James McArthur, who clipped a ball over the top for Zaha, with Ayew in support, running clean through towards McCarthy’s goal.

Despite slotting comfortably past the former Eagles ‘keeper, the goal was deemed offside via VAR due to the tightest of margins.

With six minutes added on, Palace's hard work and deserved three points was nearly cruelly snatched away at the end. However, Guaita, yet again, pulled off a remarkable save, this time from a bullet Ings header.

Hodgson and his side start the 2020/21 season with a near-perfect afternoon.