Plenty of positives from Palace's 2-1 win over Oxford

Roy Hodgson will be pleased with the 90 minutes Crystal Palace put in, with the Eagles deservedly turning around the one-goal deficit to win 2-1 at Selhurst Park against League One’s Oxford United. 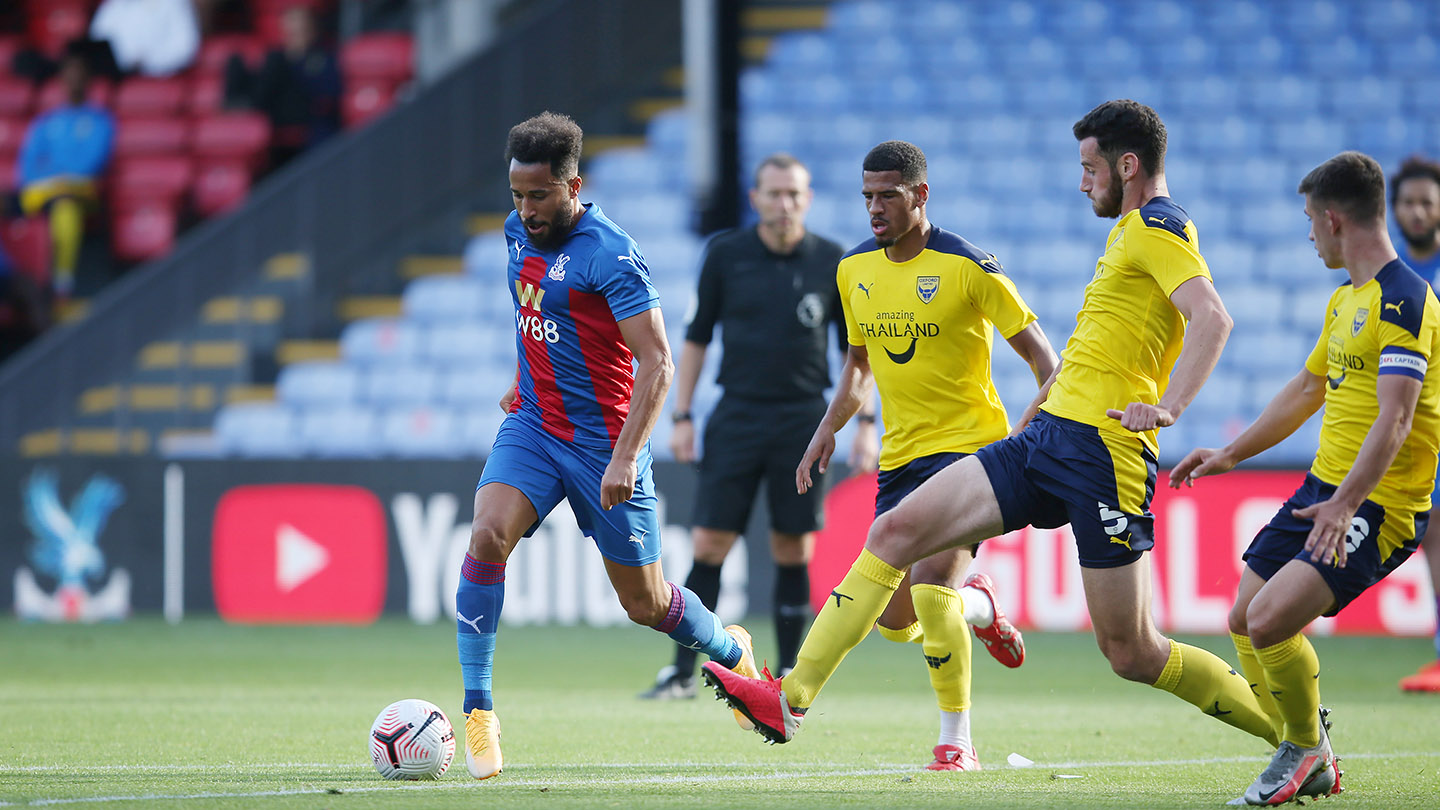 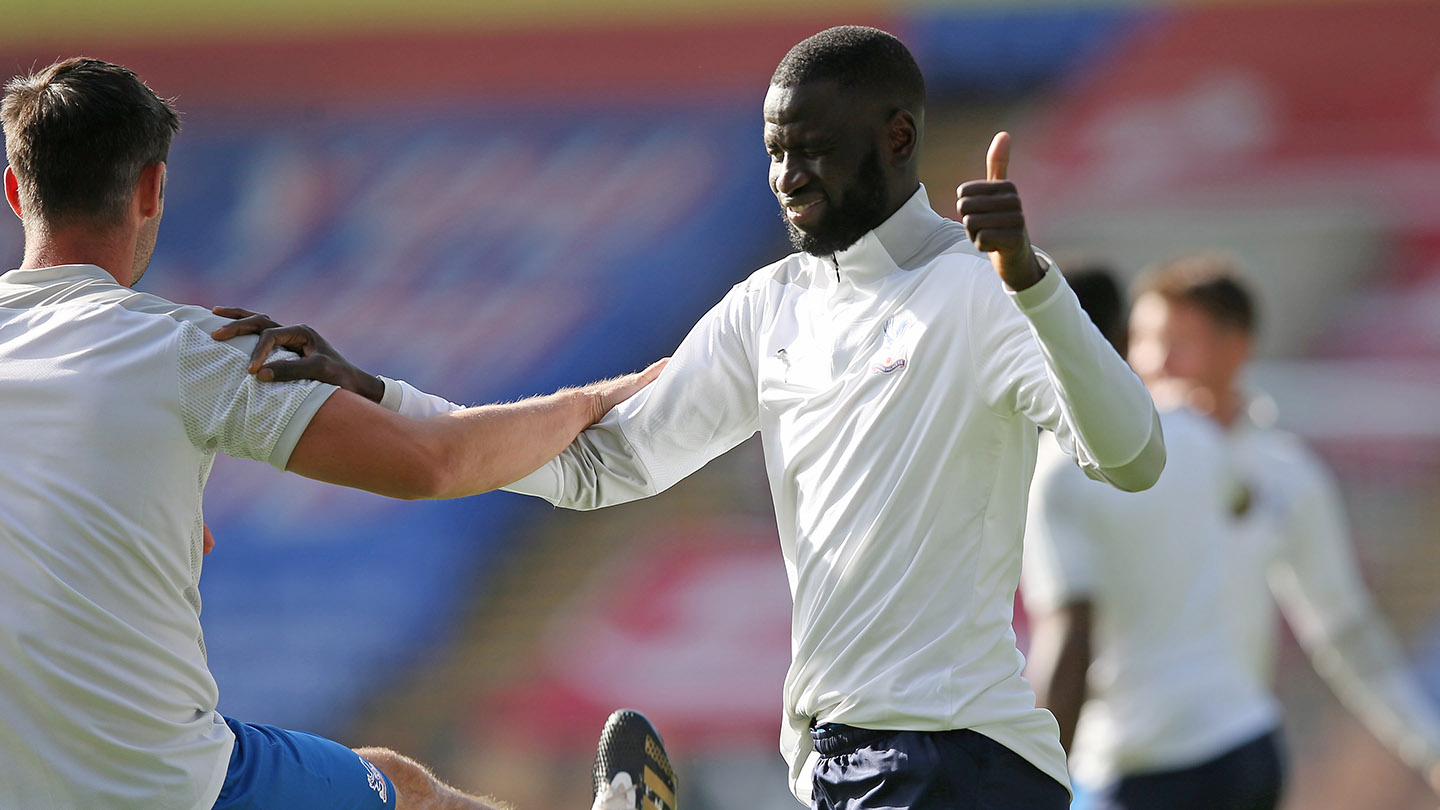 Oxford United headed to Selhurst Park for their fourth pre-season fixture of the season already, with Karl Robinson having sent his charges out for 90 minutes three days in a row last week.

For the Eagles, this was their first taste of match action since closing out their Premier League season v Tottenham Hotspur on the 26thJuly. Therefore, the difference in match fitness between the two sides was showcased inside the the first minute.

Jeffrey Schlupp, playing in an advanced role as a strike partner to Jordan Ayew, inadvertently found the U’s’ No.9 Matty Taylor from the halfway line when looking to find one of his centre-backs in Scott Dann and Cheikhou Kouyaté.

Cobwebs shaken off, Schlupp would find himself going close to opening the scoring for the south Londoners three minutes later. Ayew found the excellent run of Schlupp down the left-hand side channel of the penalty box. However, with the expectation that Schlupp was perhaps too wide to truly register a target of note, the Ghana international did well to force Simon Eastwood into a smart save low down to his left. 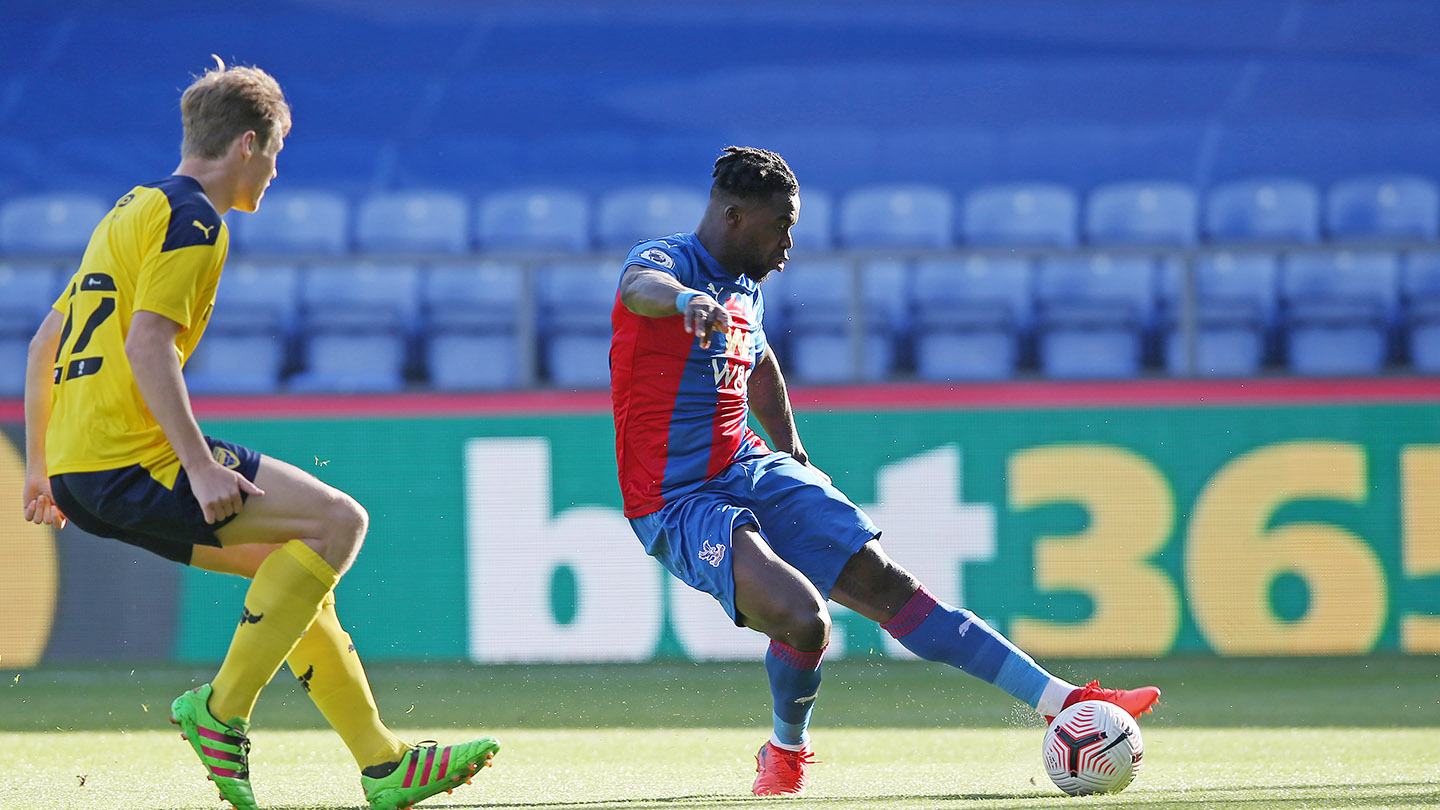 From the resulting save, Palace kept the pressure on with Andros Townsend, with the winger twisiting and turning to create space before finding Ayew with a neat cross, however last season’s Player of the Season headed just wide.

The opening exchanges saw Palace having the more explosive and eye-catching moments, whilst Karl Robinson’s side enjoyed large spells of possession. Therefore, it was no surprise that the League One side’s opener came at the end of such a spell.

A deep cross was well-won in the air by Taylor, who cushioned smartly down to his on-rushing captain, Brannagan, who smashed home, unopposed, from eight-yards out.

A couple of minutes after going a goal down, Palace were then a man down for a period after James McCarthy was forced off; Tyrick Mitchell eventually coming on, which saw Riedewald pushed up to support James McArthur in the middle.

Palace continued to be the more dominant team, and if the equaliser was to come in the first-half it was looking to most likely involve intricate build-up play between Zaha, Ayew, and Schlupp. 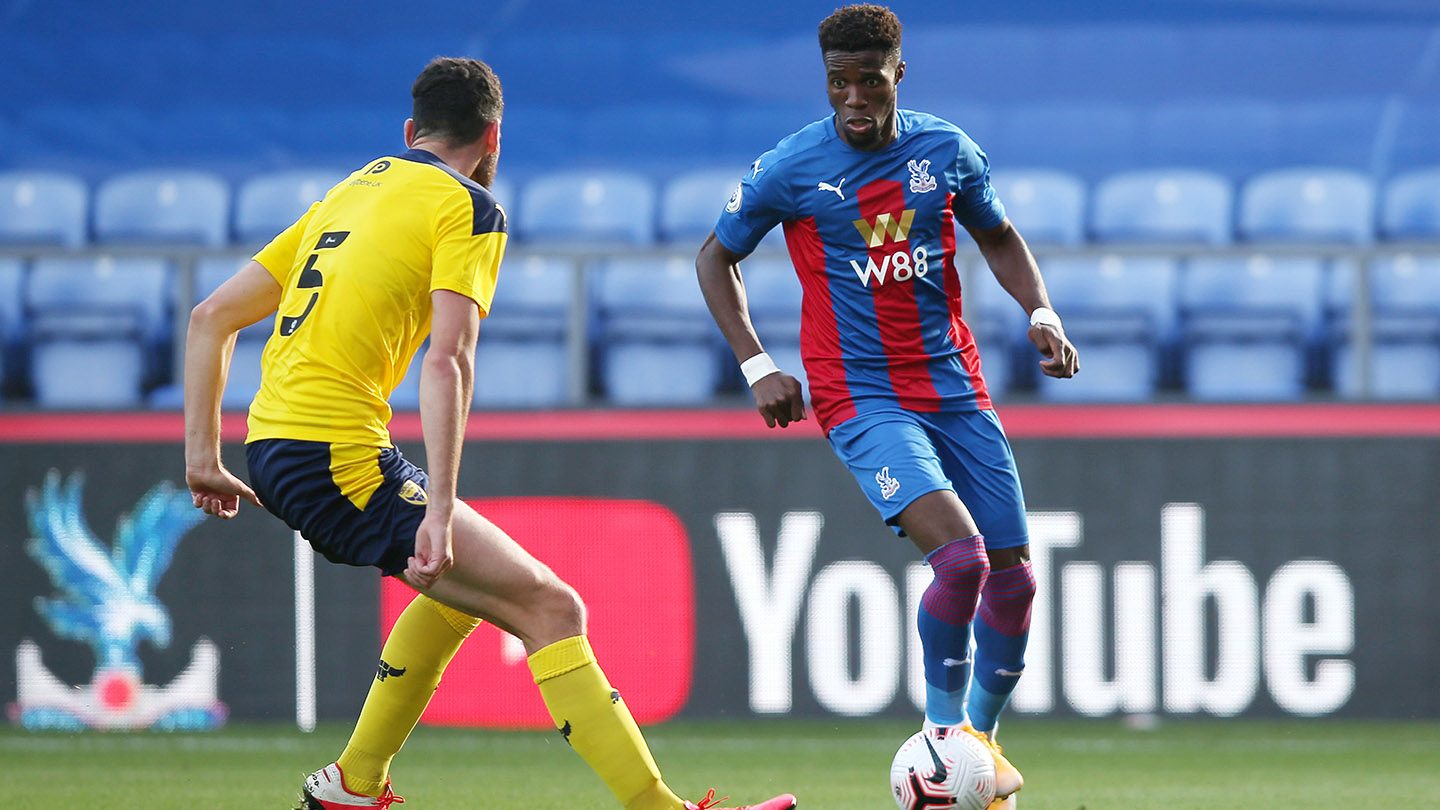 On 38 minutes Schlupp drove to the byline, cut the ball back to Ayew, however, Palace’s No.9 wasn’t given a moment of space. Fortunately, the blocked shot from Ayew fell back to the striker, who teed up Zaha in a menacing position in the box - but leaning back, our No.11 blazed over. 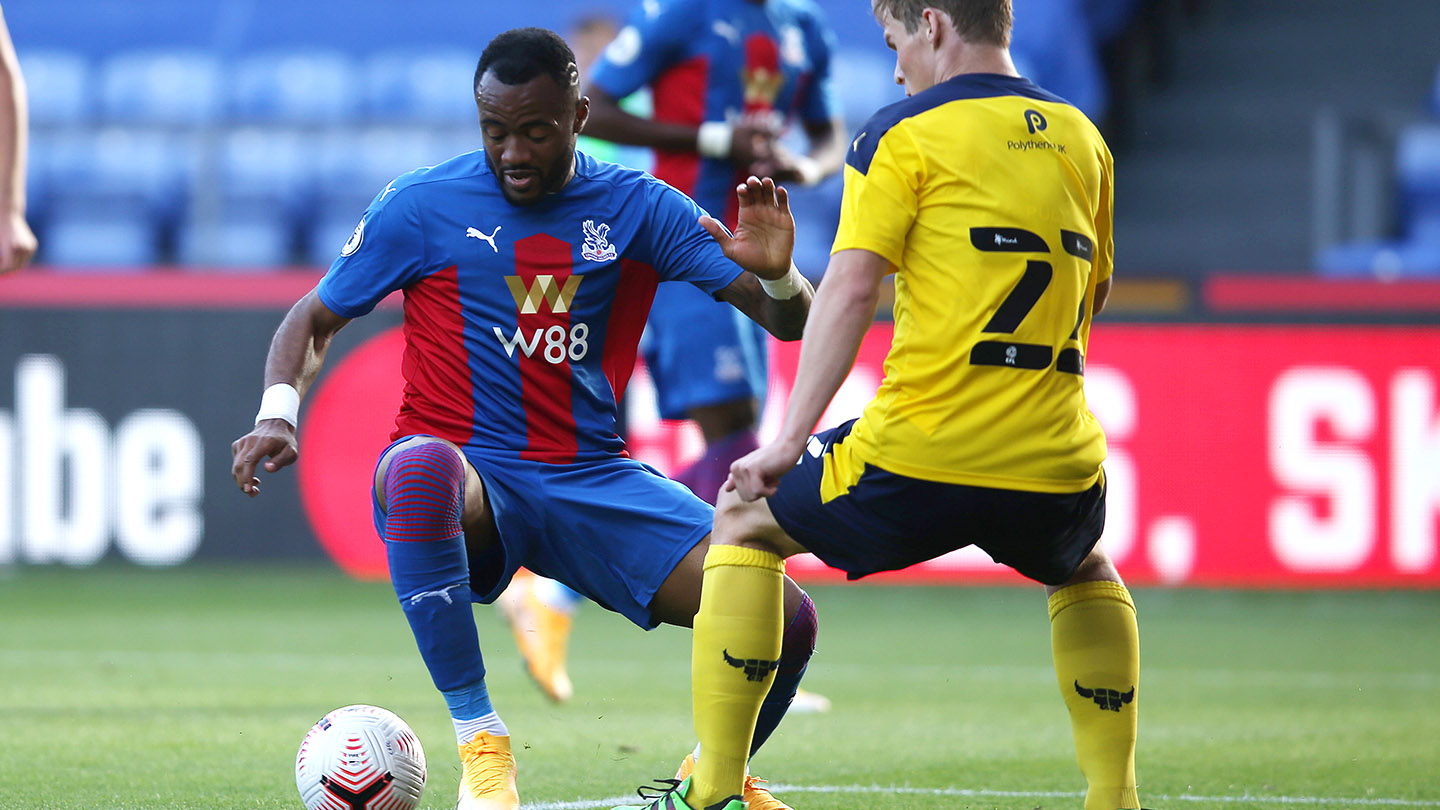 Three minutes later it was Schlupp to have another go at finding a way past Stevens; this time a driving run from Zaha from the halfway line enabled Schlupp to make a smart cross-over run to a position that was very similar to the chance he created in the opening minutes - and just like that tight-angled opportunity, an almost carbon copy shot and save was the outcome.

Roy Hodgson brought on Max Meyer at half-time, with Ayew making way. However, Meyer took up a spot on the left-hand side of midfield, with Zaha pushing up top to support Schlupp.

The second-half started with a flurry of chances for the south Londoners, firstly a penalty was awarded after a trademark foul on Zaha. However, Stevens went the same way Schlupp was planning to find the back of the net.

Six minutes later, though, Hodgson’s side would be to 2-1 up. A great ball from Schlupp put Zaha one-on-one and the Ivory Coast international made no mistake with a slotted finish. 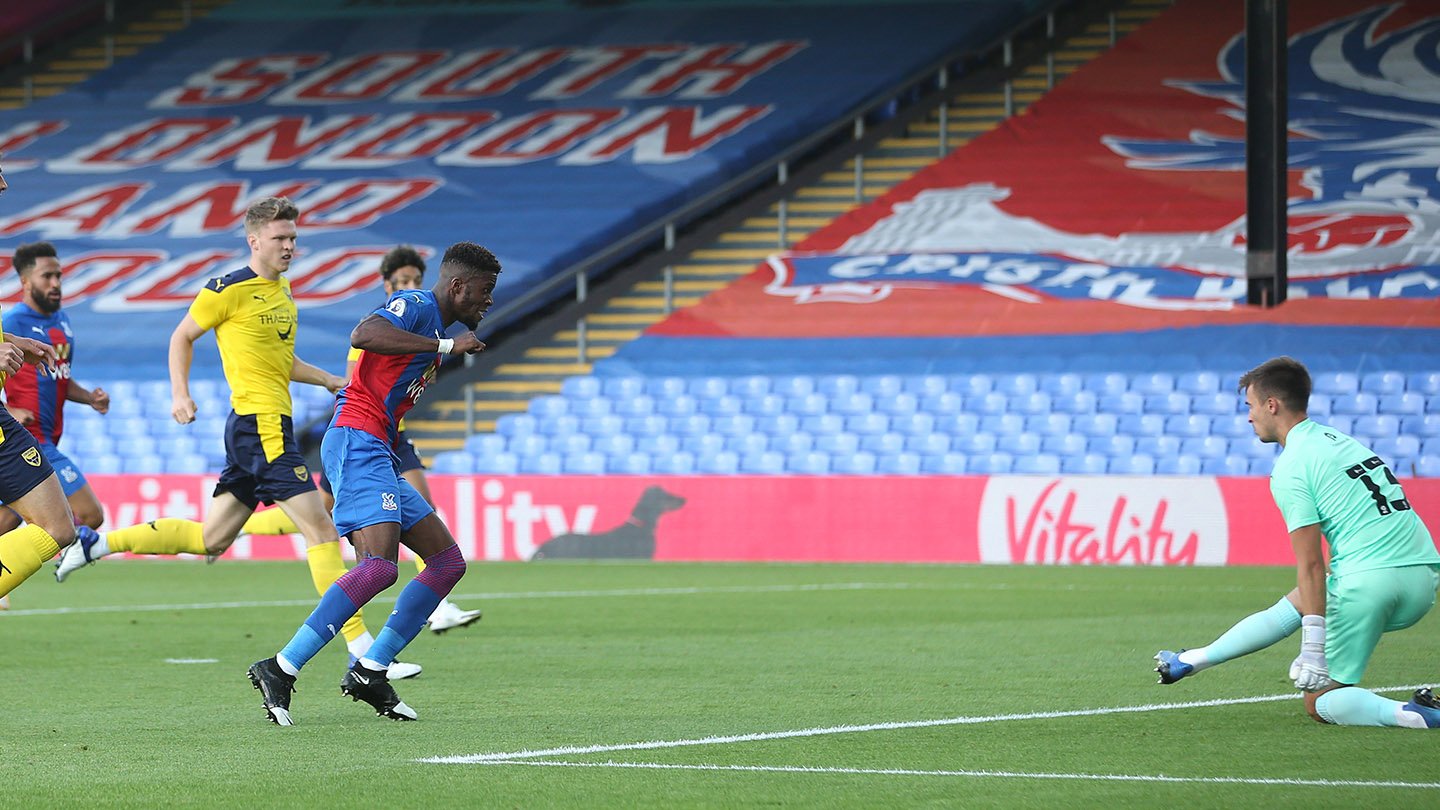 Next it was Townsend with the driving-run-assist, with a fortunate bobble finding an unmarked McArthur at the back post to finish in a similar fashion to Zaha.

A youthful triple-substitution from Hodgson saw Development talents Brandon Pierrick, Sam Woods and Ryan Inniss each have a 20-minute run-out, coming on for Schlupp, Dann and Joel Ward respectively.

Come full-time, Malachi Boateng, Nya Kirby and John-Kymani Gordon had also joined proceedings, with the latter coming close on a couple of occasions to making it a memorable first senior team in-game experience.

Palace closed out the pre-season friendly well; chalking up a deserved win, full of plenty of positives from Academy players picking up invaluable minutes to Schlupp’s excellent link-up play as a striker.