Report: 10-man Palace out of the FA Cup

Ten-man Crystal Palace fell 0-1 to Derby County this afternoon as the Eagles lost men to both injury and the referee's hand in a tough match which sees them knocked-out of the Emirates FA Cup.

Although today’s FA Cup game built-up with the world’s eyes on 34-year-old Wayne Rooney and, for Palace, the start of Gary Cahill, also 34, it was instead 18-year-old Brandon Pierrick who first stole attention as he jinked his way through Derby’s backline.

Shrugging off Craig Forsyth with apparent ease, Pierrick launched a shot out from under himself and tested ‘keeper Kelle Roos with the first effort of the afternoon. Roos blocked the youngster’s attempt and caught the loose, spinning ball, but Palace’s only starting Development player had sent a clear early warning. 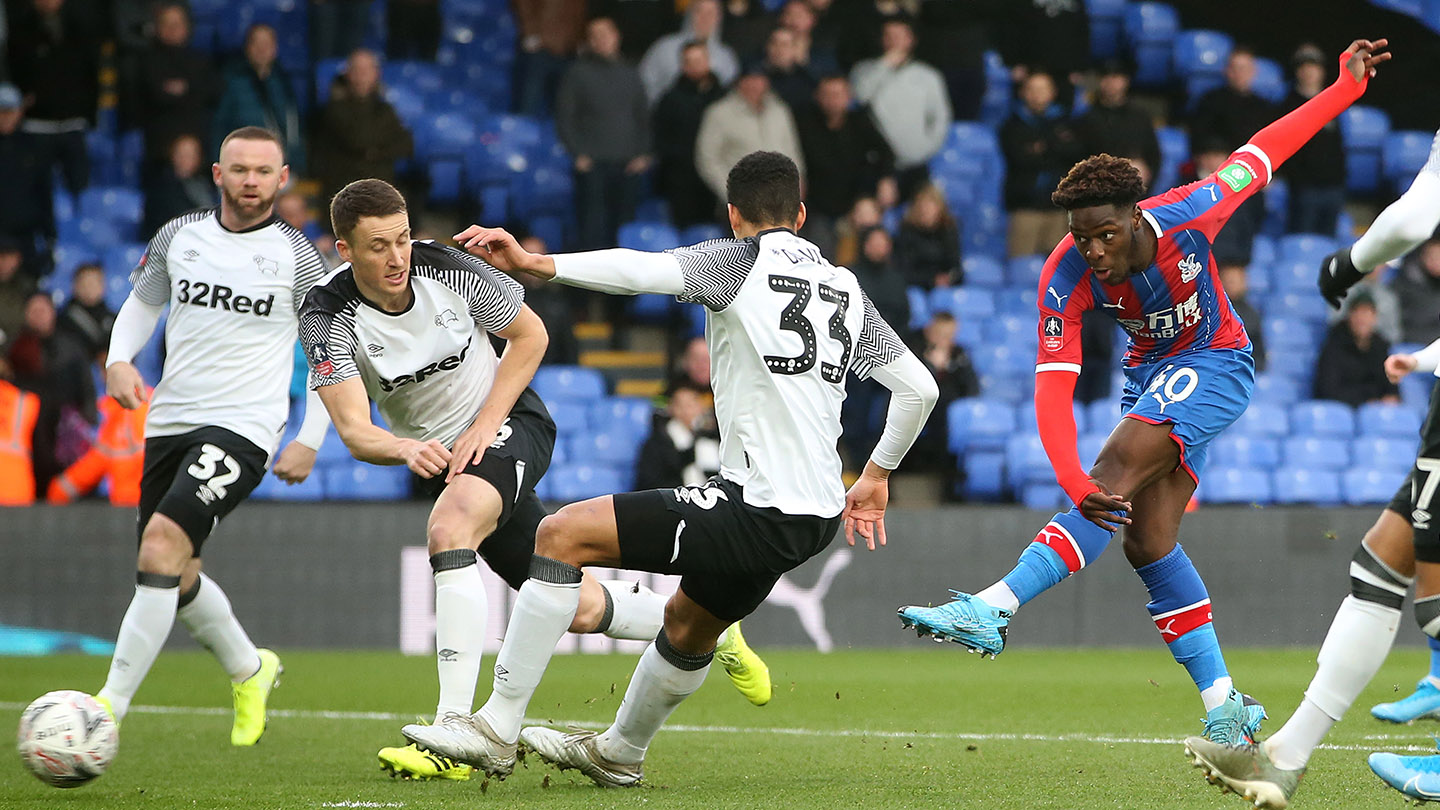 After a scrappy half an hour, though, with Palace drawing a handful of fouls around the edge of Derby’s box, the visitors took the lead. Sharp-looking fullback Jayden Bogle sent in a smart cross to former Eagle, Chris Martin, who struck home from close-range to put the Rams in front.

In addition to the goal, Palace were then dealt another cruel injury blow as Max Meyer departed to be replaced by James McArthur 40 minutes in.

Half-time came with little else to comment on after 45 minutes that saw both teams matched fairly evenly. Derby threatened on the break and from the wings and Palace had attempts of their own, with Connor Wickham and James McCarthy missing half-chances before the break. 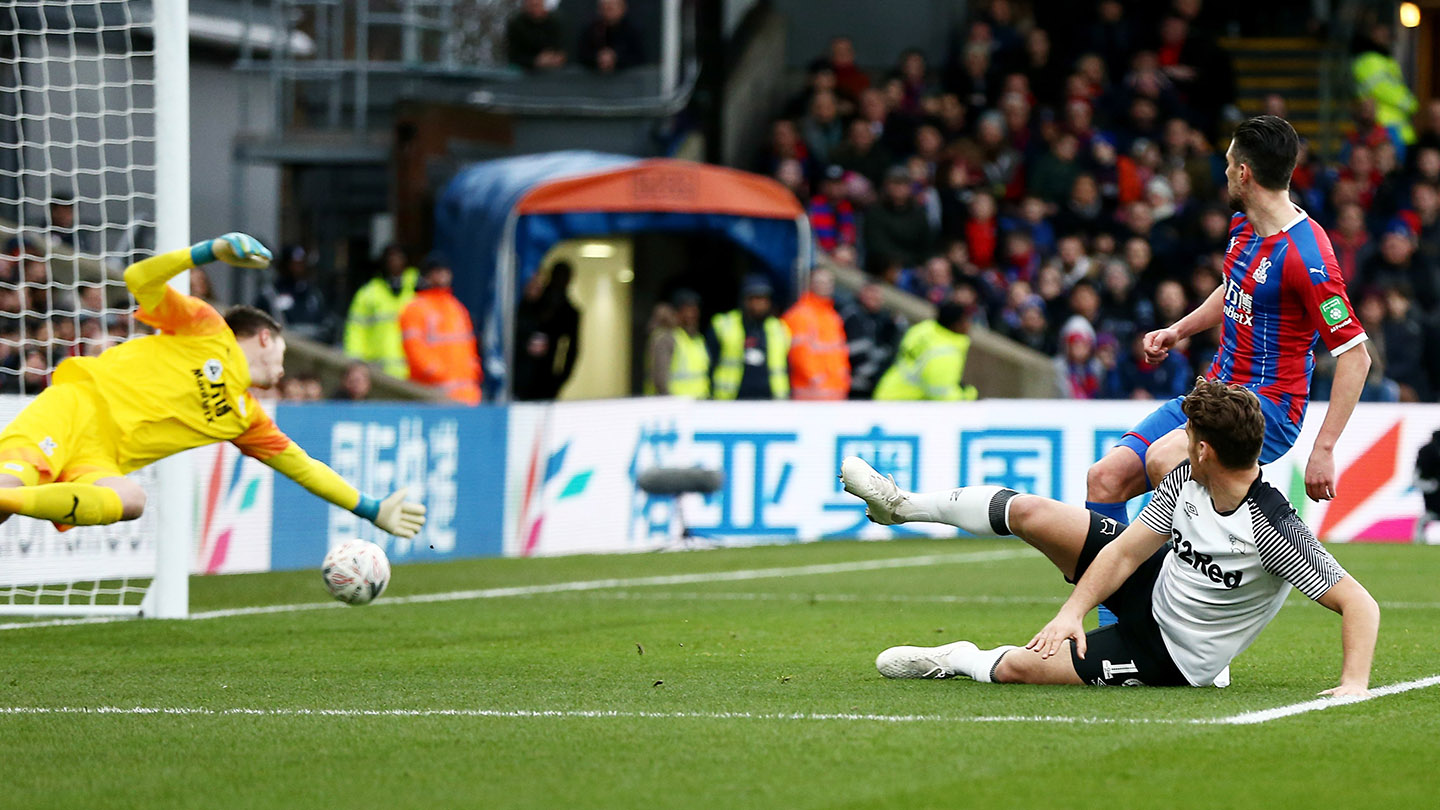 Palace began the second-half in the same manner they began the first: with a Pierrick run forcing Roos into dramatic - if fairly routine - action. After passing the Derby defence along the painted turf, Pierrick laid-off McCarthy, who chipped a shot goalbound for Roos to palm away mid-flight.

The Eagles appeared dominant as they sought the equaliser and almost capitalised when a neat free-kick routine between Luka Milivojevic and Gary Cahill led to Roos spilling possession at the benefit of Cheikhou Kouyate. With space at the far side of Derby’s box, Kouyate crossed frustratingly high and the south Londoners regrouped to continue their assaults.

Jordan Ayew fed Wickham, who struck wide, and then earned a corner with a deflected shot off Curtis Davies. 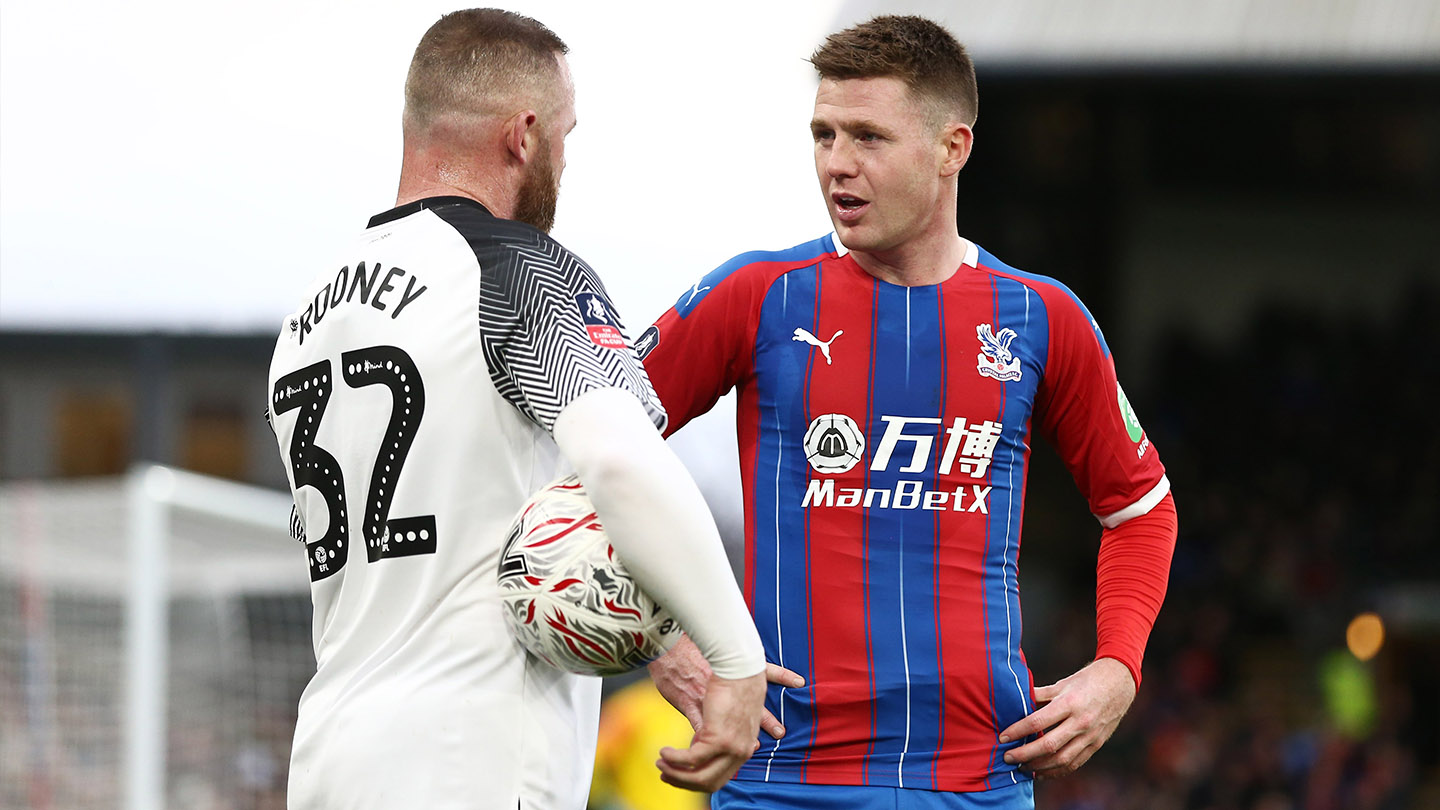 But the clearest chance fell to Bogle, who found himself in space and crashing a header into the pitch at the far post. His effort hit the ground and bounced far too high, sailing narrowly past Palace’s goal to the Eagles’ relief.

A difficult afternoon at the heart of a challenging spell went from bad to worse minutes later for the Eagles, when Luka Milivojevic clashed with Tom Huddlestone and received a VAR-assisted red card for his involvement in the altercation.

Forced down to 10-men, Roy Hodgson enacted a tactical change by pushing Kouyate into midfield with James Tomkins lining-up alongside Cahill. 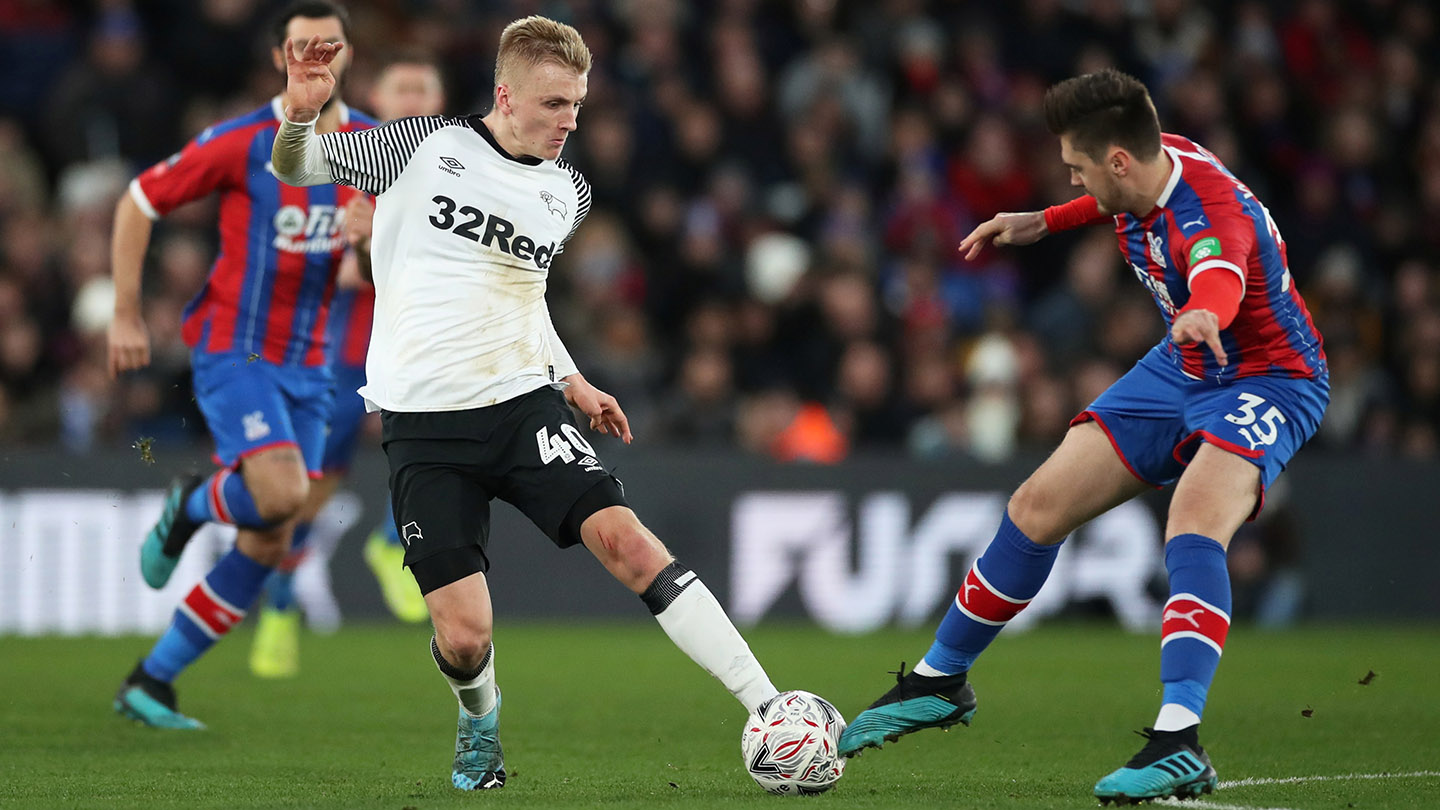 In a twist of fate that bordered on the implausible, Jairo Riedewald was next to leave the field with a physio, replaced by Sam Woods - a defender making his third competitive appearance for the senior team.

The visitors almost ensured their cup progression as substitute Martyn Waghorn clipped the post with a shot from the edge of the box, but the scoreline was to remain 0-1.

Knocked by Derby's solitary goal, losing their captain and two further players to injury, Crystal Palace could not battle their way back to holding a place in the FA Cup despite a late charge which threatened the Rams with a comeback. Alas, at full-time, the Eagles had to contend with defeat.

You can watch full post-match reaction, highlights and both managers' press conferences for free via Palace TV by clicking here or 'Palace TV' within the app.