Crystal Palace fell to a harsh 4-0 scoreline at Stamford Bridge, having held Chelsea off adeptly for 45 minutes before conceding four cruel goals in the second-half. 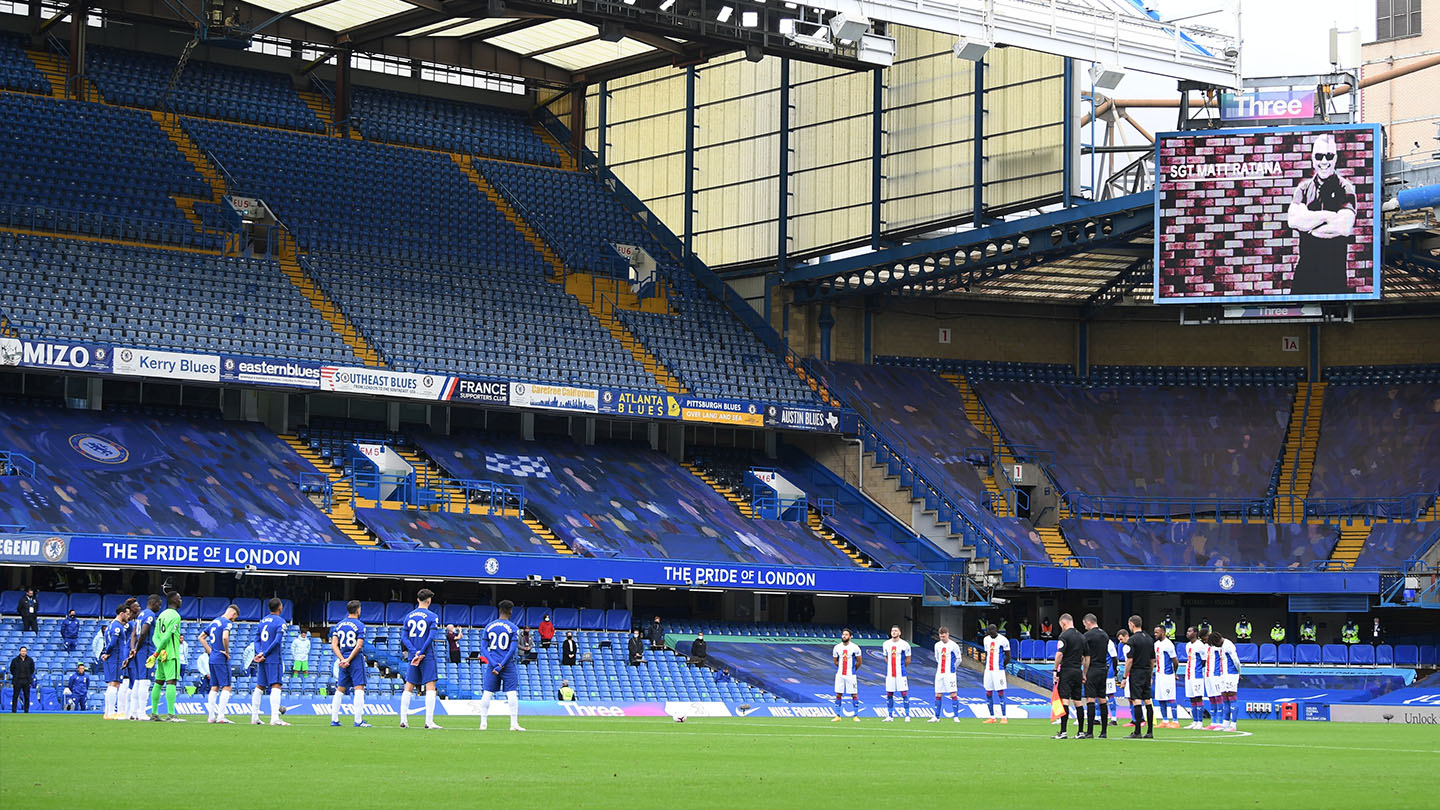 This afternoon’s clash began at the pace required to sustain itself for 90 minutes, with Chelsea enjoying much of the possession and Palace comfortably soaking up pressure from their patient hosts.

Teasing, well-placed crosses began to test the Palace backline, with Ben Chilwell, Cesar Azpilicueta and Jorginho lofting balls into the box to no avail.

The gameplan was apparent for all to see: the Blues’ skilled side would bide their time, steadily seeking to exploit gaps in the Palace XI - while Palace would refuse to allow those gaps to open and hunt an advantage on the counter-attack.

After 20 minutes, the game embodied a textbook travelling Palace performance as Vicente Guaita highlighted their stability with a confident stop to hold Kai Havertz’s close-range effort. 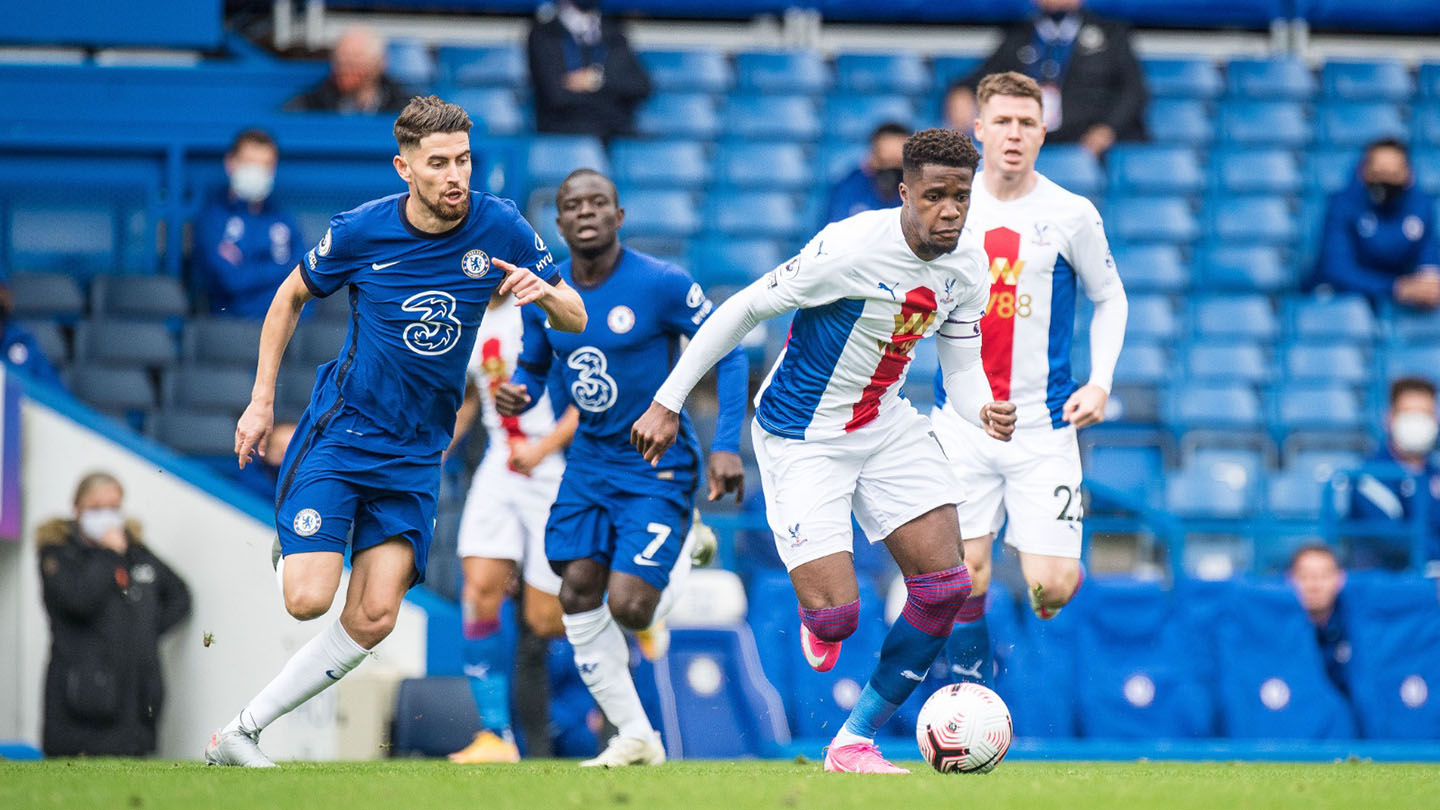 Beyond this, there was little else to report from the first-half - with Chelsea’s possession yielding few results. The Eagles managed a handful of pushes forward, but neither goalkeeper was forced into serious action throughout the opening 45.

Palace would have been perfectly happy to repeat their first-half performance for the next spell, with the onus on Chelsea to step-up their approach. Frustratingly, that is exactly what they did - finally turning possession into an advantage when Chilwell drilled into the net as the ball spun loose in the box. 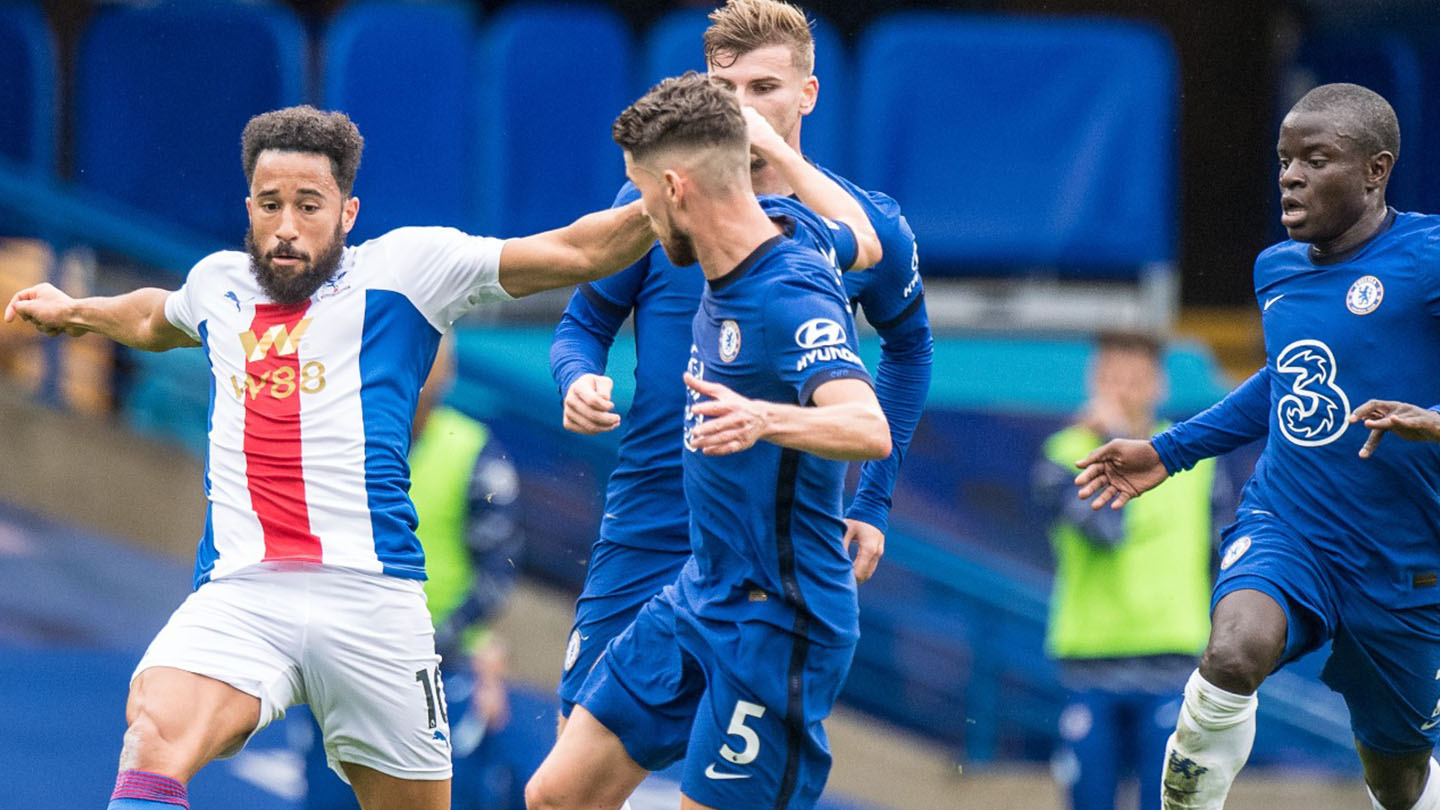 The Eagles didn’t appear flustered after going behind however - maintaining their shape but perhaps looking a little more direct when moving up the pitch.

This tweaked approach began to show fleeting signs of success, with Wilfried Zaha seeing his shot blocked and Jordan Ayew being denied by Edouard Mendy in goal.

But these chances weren’t enough, and Chelsea’s patient plan paid dividends for a second time when goalscorer Chilwell turned provider, floating a cross for Kurt Zouma to power home from the centre of the box. 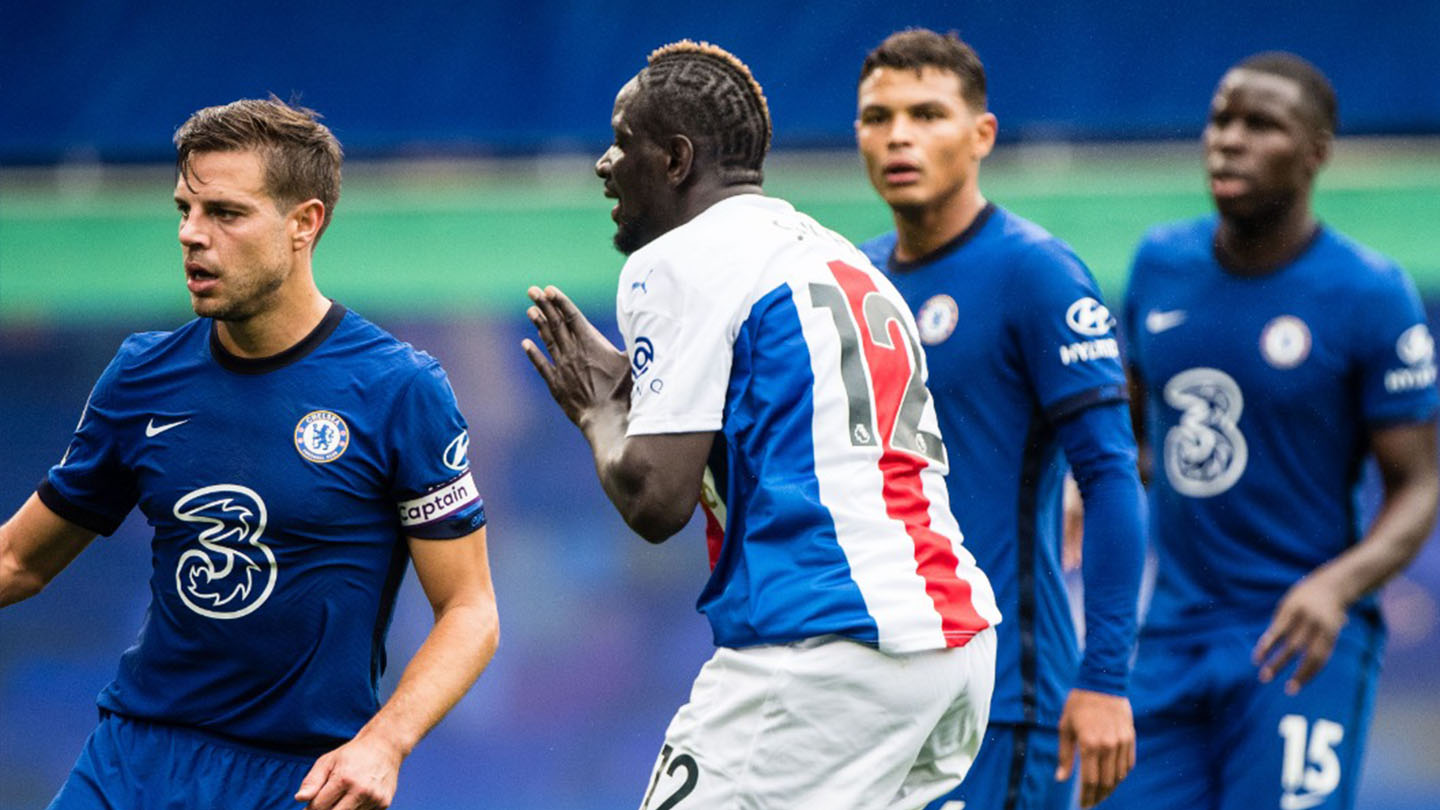 Being two goals behind was certainly harsh for Hodgson’s men but it did force their hand - bringing Luka Milivojevic and Jairo Riedewald onto the pitch and proactively upping their attacking intent. This led to the south Londoners forcing Chilwell into reflexive action to chest into his goalkeeper’s arms after a spell of Palace pressure.

This wasn’t necessarily too little, too late, but Chelsea managed to secure their victory with 12 minutes of time remaining when Jorginho struck home from the spot after a soft Tyrick Mitchell foul on Tammy Abraham handed the Blues a penalty. 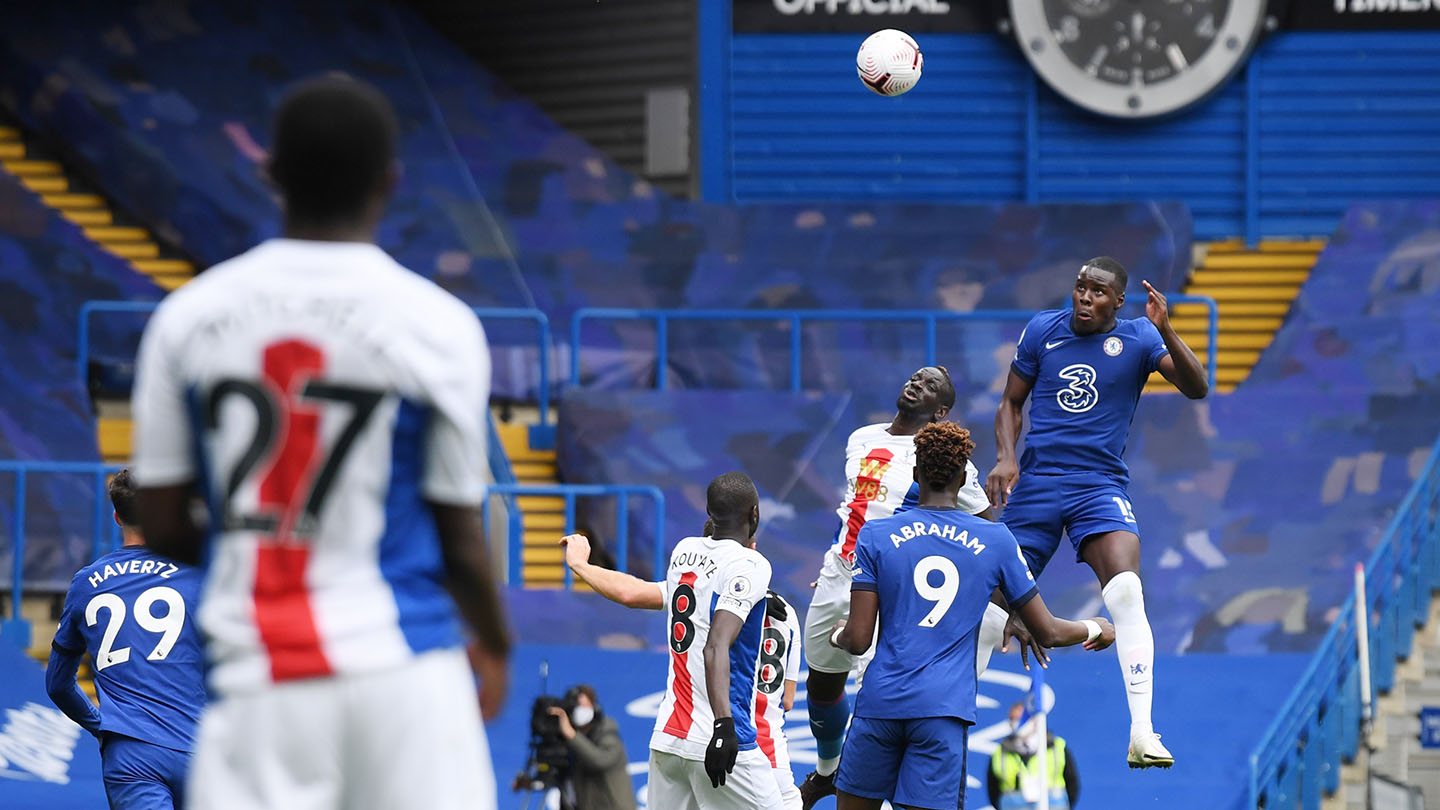 Lightning then struck twice in cruel fashion, with Sakho felling Kai Havertz, enabling Jorginho to slot home his second from the spot.

By full-time, the Eagles had to contend with a harsh scoreline and zero points - looking to re-collect during the international break.

Stay tuned for full match reaction and highlights for free on Palace TV. Either click here to watch or click 'Palace TV' within the official app.