Palace secured a big win in their quest to survive in the Premier League as goals from Luka Milivojevic and Jeffrey Schlupp saw the Eagles beat struggling Fulham.

A first half penalty from the hosts’ skipper put his team in front and in control of proceedings, and after peppering Fulham’s goal in the second half eventually the lead was doubled two minutes from time when Jeffrey Schlupp tapped home after good work from debutant Michy Batshuayi.

The Cottagers came into the game buoyed by their 4-2 win over Brighton in midweek with Aleksandar Mitrovic netting twice, and he should have got on the scoresheet for the third time this week on nine minutes when a great cross by Joe Bryan was perfectly placed for him to nod past Vicente Guaita, but somehow the Serbian put what would prove to be their best chance of the game wide. 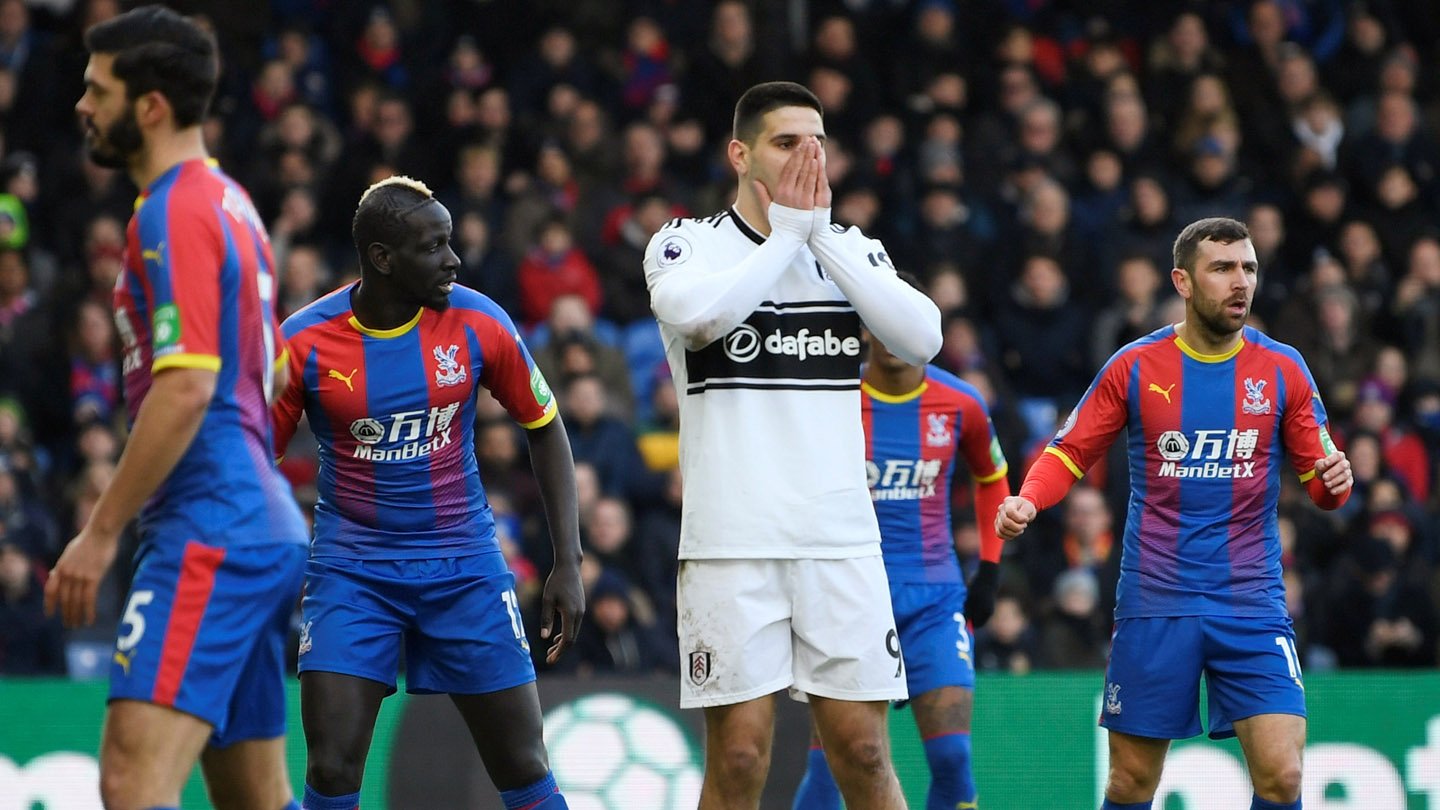 But on 24 minutes, for the second game in succession Palace were handed the opportunity to take the lead via an unusual handball incident. Under pressure from Christian Benteke, Cyrus Christie inexplicably nudged the ball away from the Belgian with his flailing hand, and once again Milivojevic dispatched the penalty despite Sergio Rico coming close to stopping his powerful attempt. 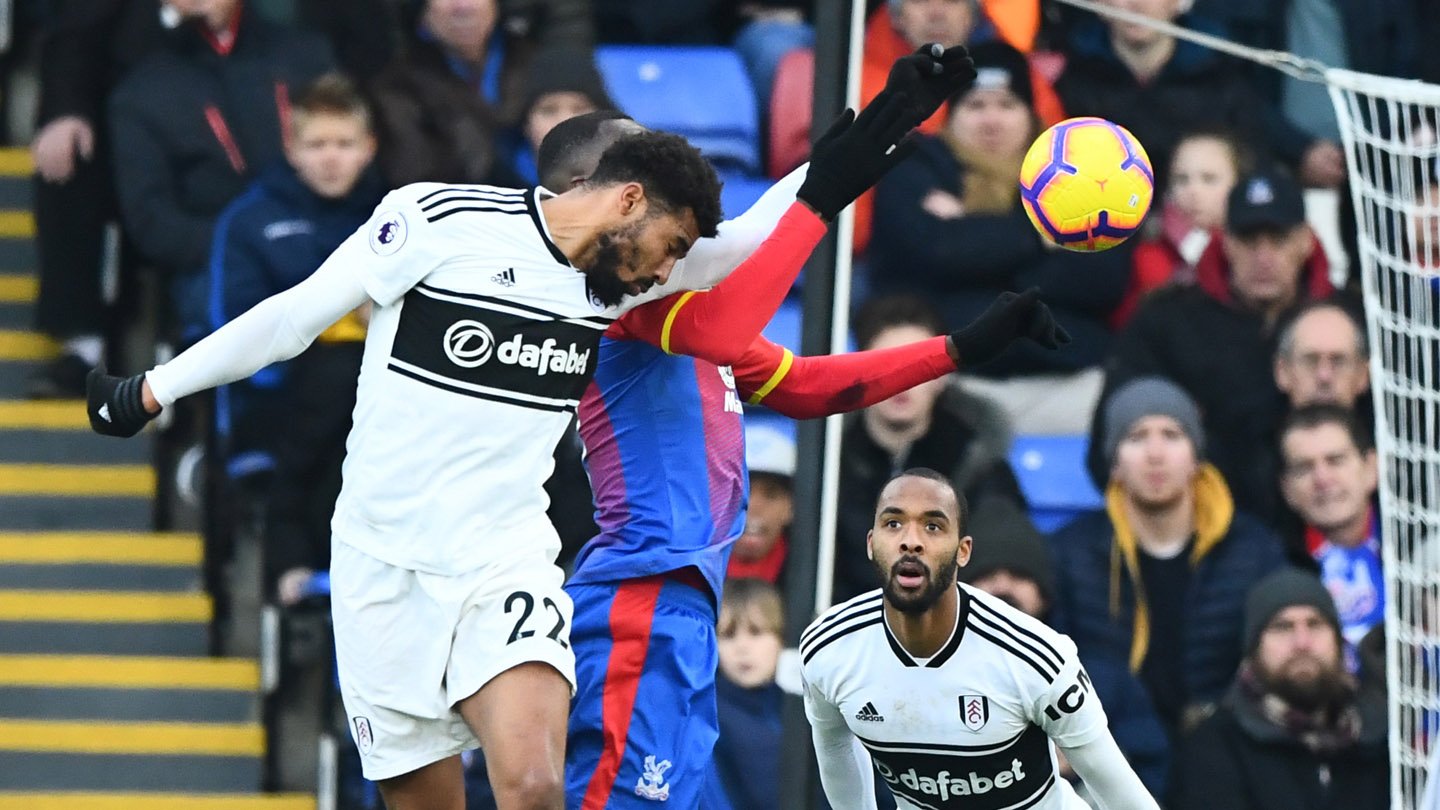 In a half of few chances, 10 minutes later the woodwork denied the Eagles from doubling their lead in brilliant fashion when Andros Townsend stood a cross up towards the back post and Benteke acrobatically smacked a bicycle kick off the crossbar, but apart from another Mitrovic header that failed to seriously trouble Guaita, the opening 45 minutes came to its conclusion with little action of note. 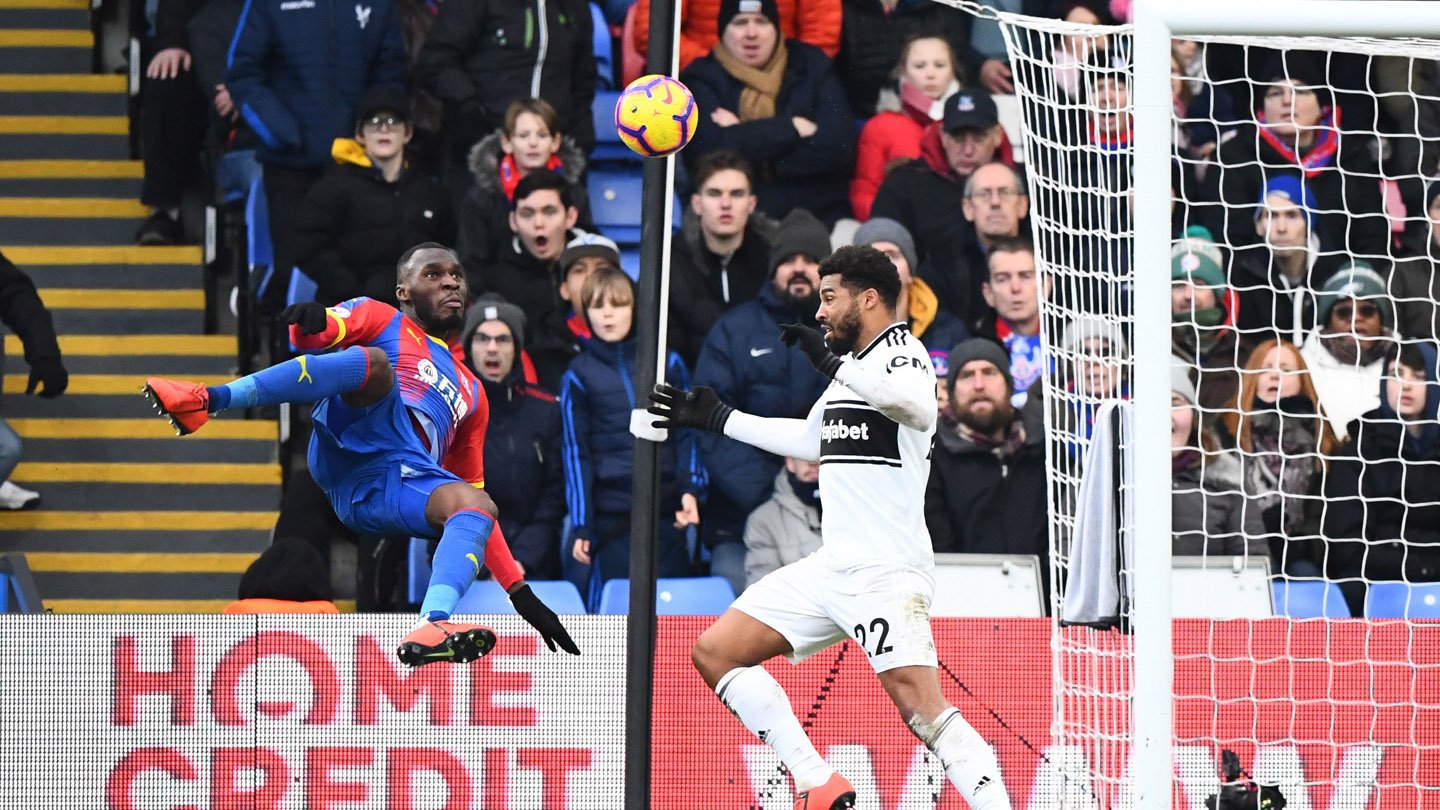 Once play resumed, Palace continued to look the more likely to grab the all-important second goal and Jordan Ayew forced Rico to tip the ball over after breaking into the box, before James Tomkins saw a free header from a Milivojevic corner float into the Holmesdale just after the hour-mark.

That was soon followed by Jeffrey Schlupp forcing Rico to save with his legs before the Ghanaian saw a similar effort deflected wide by Maxime Le Marchand and then Mamadou Sakho screwed a header wide, but as the missed chances kept piling up the visitors were still in the game and their main threat Mitrovic saw a shot on the turn fly over with 15 minutes remaining. 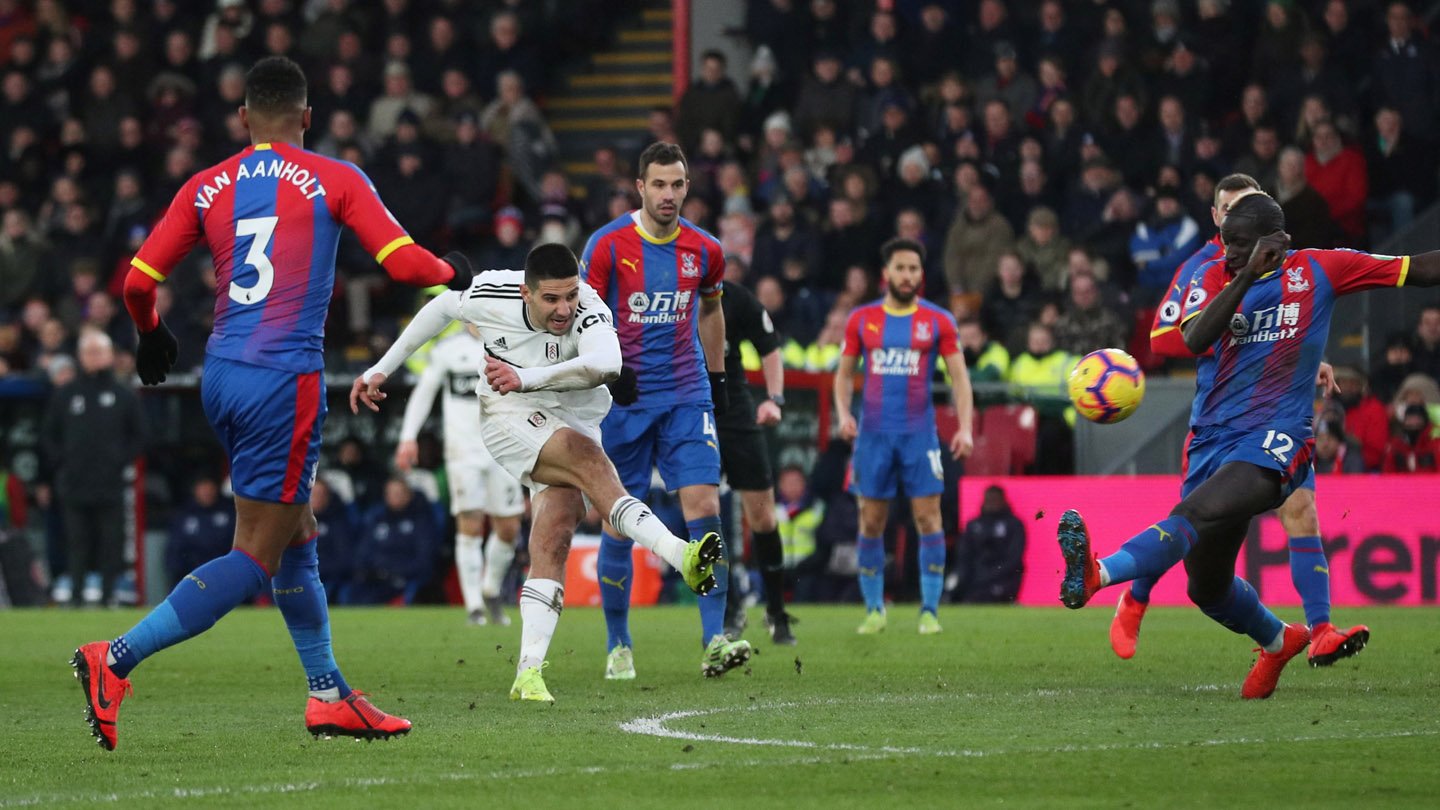 With eight minutes to go, Batshuayi came on for his Eagles debut and received a warm welcome from the Palace faithful, and he soon played a big part in securing the win for Palace by helping to get the second goal Hodgson’s team deserved.

After picking the ball up from Townsend in the box, some quick feet saw him wriggle away from the Fulham defence and a thunderous shot was palmed away by Rico, but Schlupp was first to react to the loose ball and tapped home his fourth of the season to seal the points. 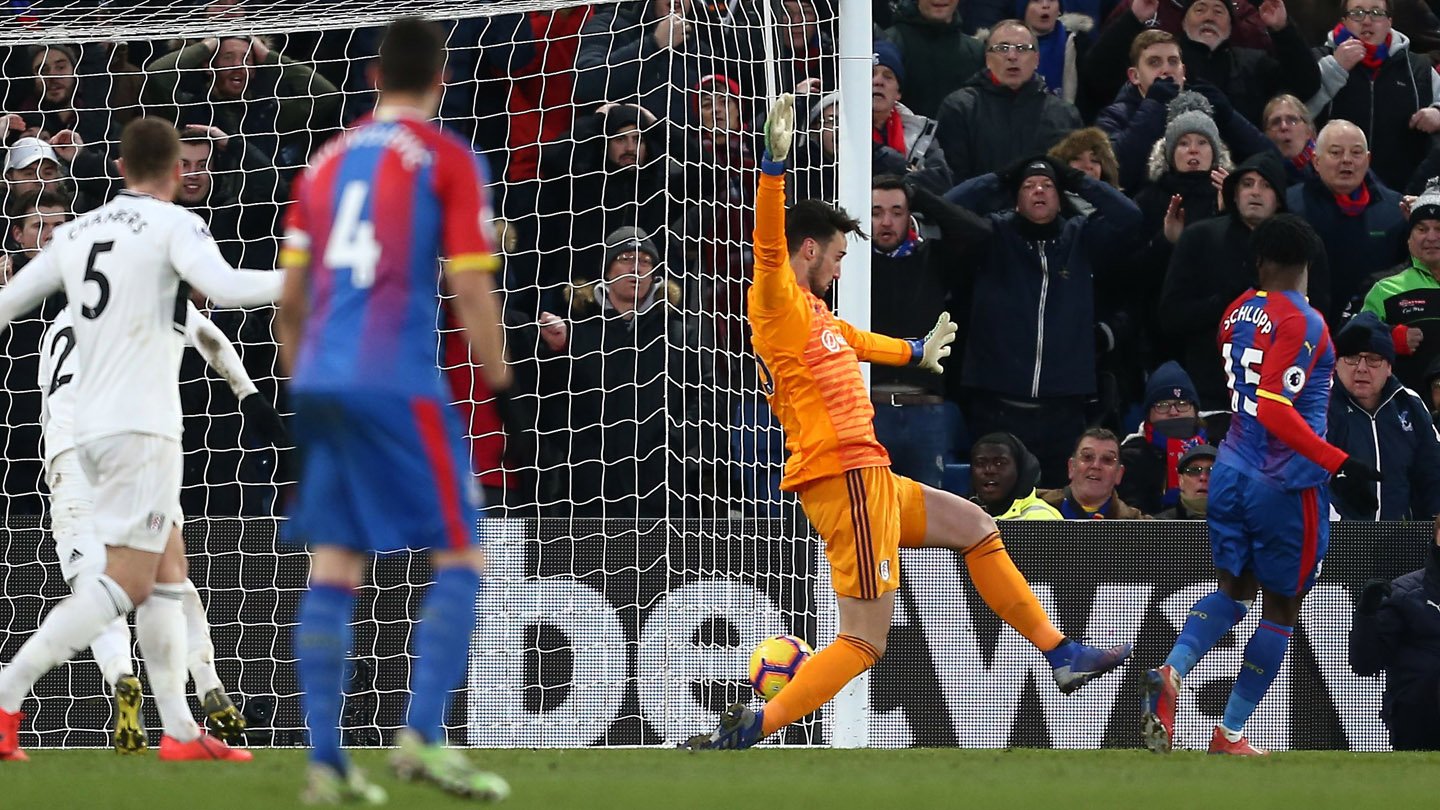 Batshuayi nearly put the icing on proceedings but his drive from distance was caught by Rico, and one last attempt by Calum Chambers failed to force Guaita into his first save of the day as Palace cruised to a league double over their opponents and move further away from the relegation zone.