Crystal Palace fell to a 2-3 defeat against West Ham United on Tuesday evening despite Wilfried Zaha and Michy Batshuayi's early and late goals, ending a solid run of results against the in-form east Londoners.

Crystal Palace’s record against West Ham United meant their Tuesday evening clash provided them with something to protect, and this success against the east Londoners began earlier than ever at a drizzly Selhurst Park.

The Eagles surged forward from kick-off, pinning West Ham back with an urgent energy. This approach bore fruit after just two-and-a-half minutes when Christian Benteke fed Wilfried Zaha on the edge of the box.

Taking one touch, Zaha found space and a tight gap between him and the net and, instinctively, fired low and hard into the sliver left exposed. 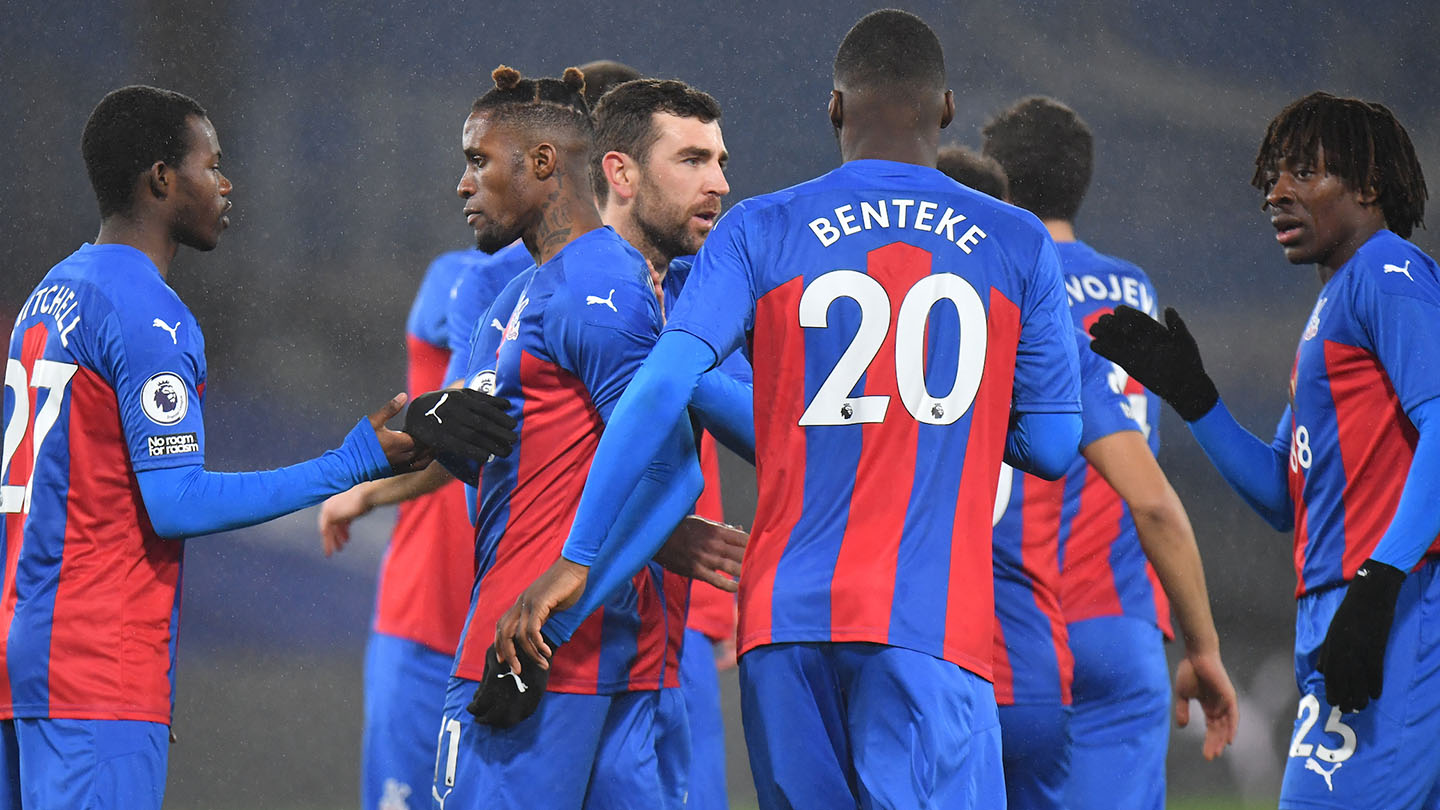 It was almost too easy a storyline for the Ivorian: returning to the lineup as top scorer and talisman and earning the advantage in style at the first chance.

But West Ham were not willing to read the script and, despite Palace’s pressure, managed to find an equaliser shortly afterwards. Pablo Fornals lofted the ball into space for Michail Antonio to run-on to.

The forward met the ball at the byline, flicked it to his right and watched as Tomas Soucek headed past Vicente Guaita from a matter of yards.

The equaliser slowed the game’s tempo somewhat after a break-neck start but Palace retained the upper-hand, with Zaha’s through-ball to Eberechi Eze overhit and James McArthur’s hard-fought cross caught by ‘keeper Lukasz Fabianski. 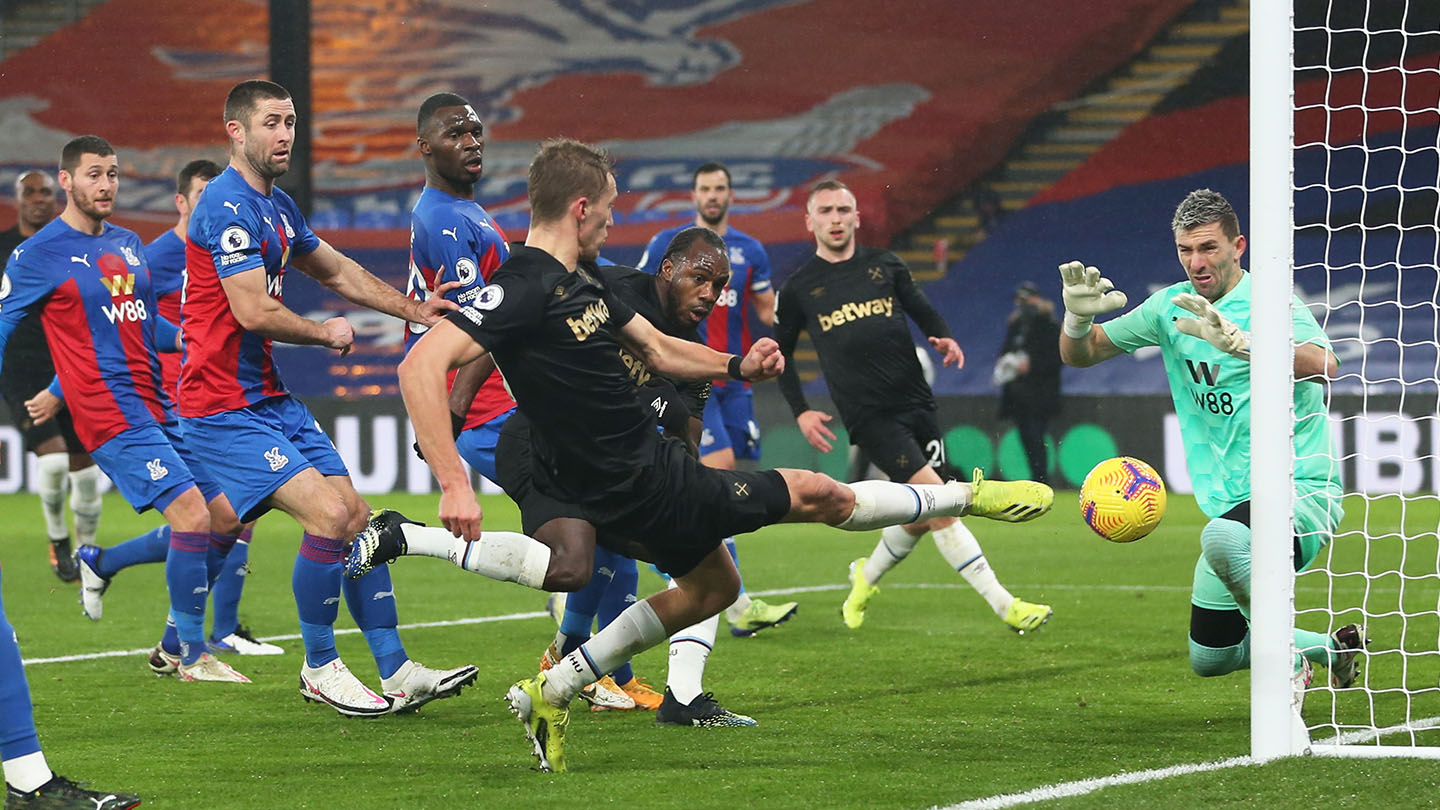 The Eagles began to gradually cede ground to their guests, however, and the visitors enjoyed a spell in the ascendancy from the 25th-minute. Their newfound dominance began by taking the lead; Soucek again netting from close range on the end of Aaron Cresswell’s testing free-kick.

Antonio hit the post seconds later following a lapse in defensive focus and Palace were dealt a stark, prolonged warning. The frontman again sounded the alarm by thwacking the frame for a second time, this time turning Cresswell's drilled ball against the woodwork.

Palace managed to avoid conceding further as the first-half drew to a close but knew they had to rediscover their earlier energy to enjoy any success after returning. 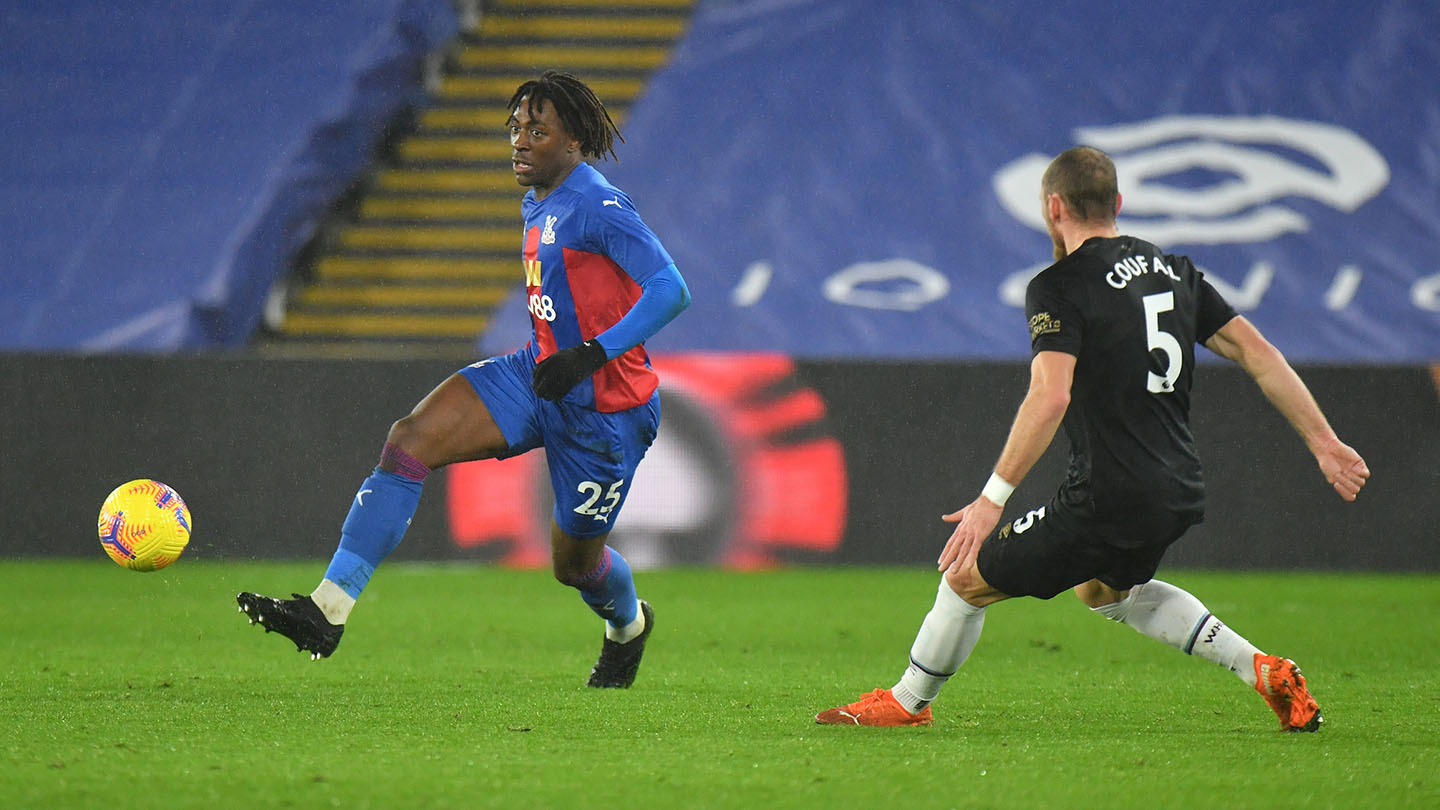 As in the first-half, this success almost came immediately through Zaha, however on this occasion the No.11 was denied when one-on-one with Fabianski, with the goalkeeper blocking two efforts at close range.

The Eagles continued to mirror their opening display, pushing with intent and striving to play the ball forward when allowed.

At the other end of the pitch and despite his teammates’ re-energised efforts, Guaita pulled off the second-half’s most impressive moment, denying Antonio from five yards with an astonishing reflex block. 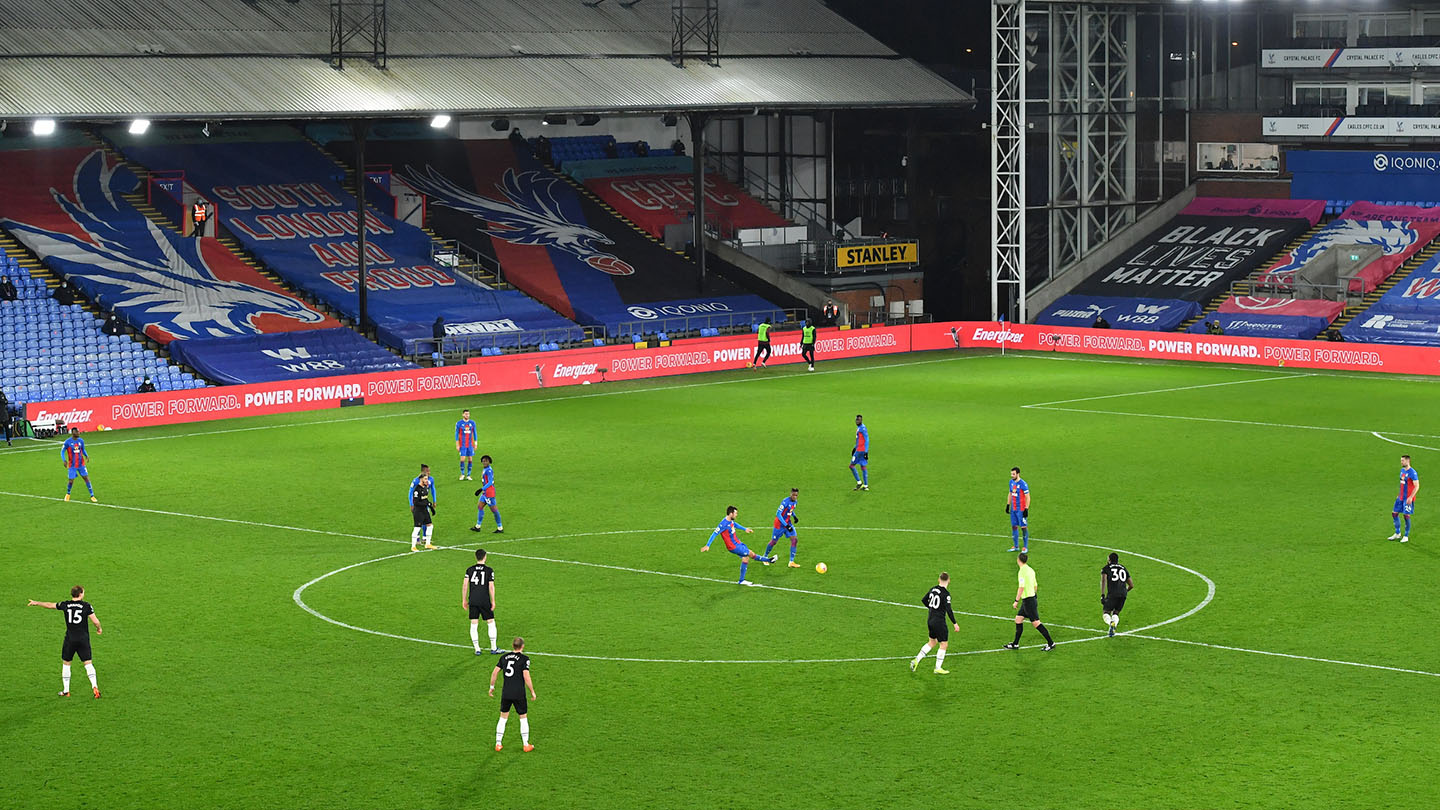 If misfortune was all that kept Antonio from a first-half goal, this time was sheer excellence. The Spaniard pulled off another more routine stop with his legs shortly after to keep his side in the game, however he could not keep the Hammers out indefinitely.

With the game frustratingly close, Craig Dawson rose to meet Jarrod Bowen’s corner and powered the ball into the net to, seemingly, secure West Ham’s victory.

Palace were not going to fade without a fight, however, and came close as Michy Batshuayi stretched towards the ball in the box and Zaha fired over from distance.

They continued to carve-out chances as Zaha and McArthur shot behind, with their teammates sustaining their drive until the 96th-minute.

Batshuayi epitomised Palace's determination when he broke through on goal, held himself upright under pressure and slotted home for his side's second, but ultimately his effort was to no avail, and the final whistle brought the Eagles' bright run against the Hammers to a close.

To watch free highlights and post-match reaction from this clash, head over to Palace TV by clicking here or 'Palace TV' within the app.