Crystal Palace battled with a confident Southampton side to fight their way to a draw on the south coast this afternoon in a tense game that saw two teams go toe-to-toe with zeal.

The Eagles had to overcome their injury troubles, an early disallowed goal and the threat of a Saints side enjoying a deeply purple patch to earn a well-deserved point.

Playing on the back of a 2-0 victory away to Chelsea, an attacking Southampton side came halfway to performing as expected as the afternoon unfolded at St Mary’s: pressing Palace high and with tenacity but failing to record a single shot on target in the game’s opening half.

Indeed, Palace would land the ball in the net first, but their apparent goal was as ineffective as the Saints’ early possession.

With the visitors linking-up well along the left-wing, James McArthur threaded Wilfried Zaha into Southampton’s box for the wideman to dazzle his way into space. The Ivorian found Max Meyer close to goal and the German turned home accordingly, however a VAR check adjudged Zaha to have been inches offside. 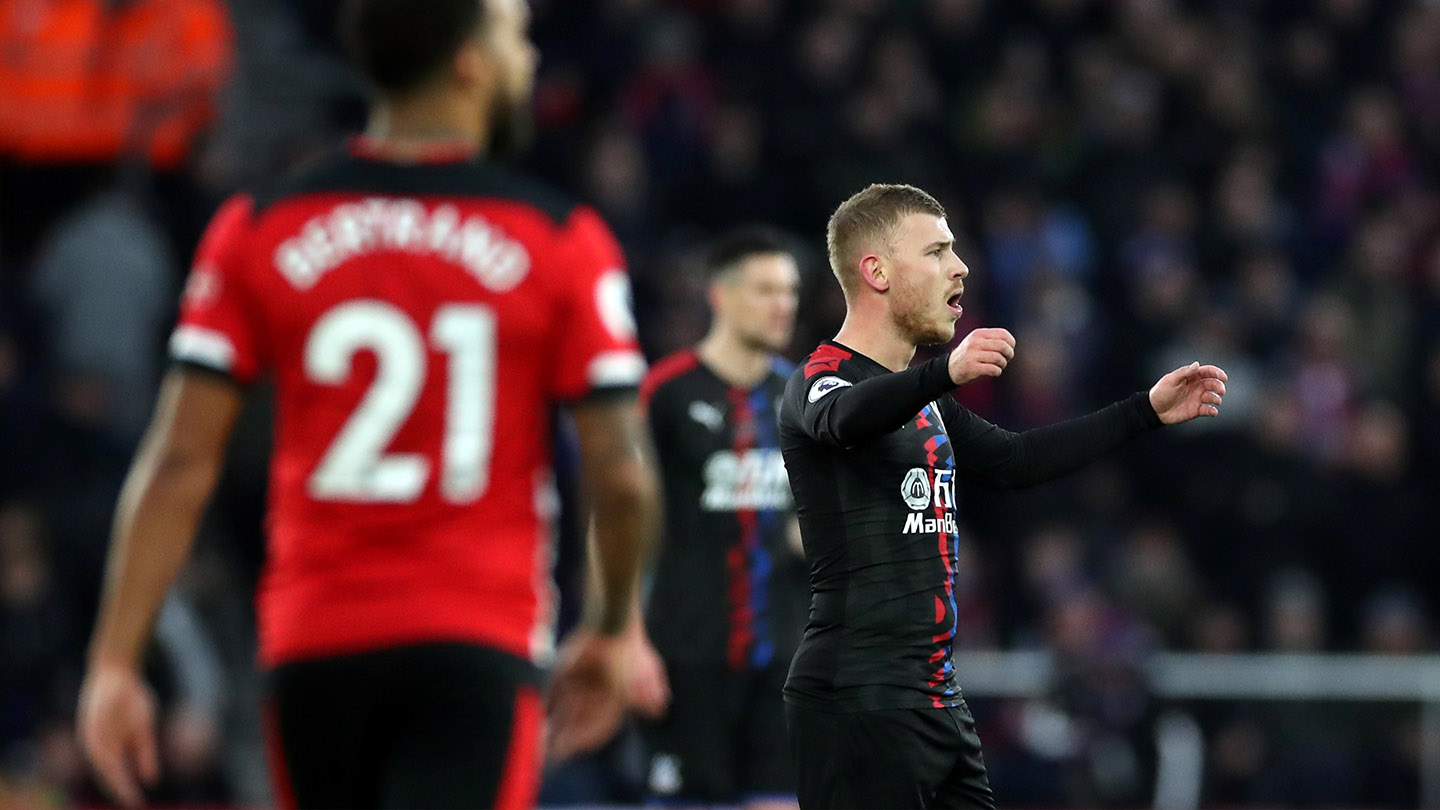 The score remained level as the match ticked over the 20-minute mark, then, and Southampton enjoyed their first chance of the half when Nathan Redmond poached the ball from Mamadou Sakho and laid-off Cedric along the wing. The Portugal international delivered a fast, teasing cross into the box but James Tomkins flew acrobatically across the face of goal to head his side to safety.

The Saints’ sudden opportunity sent a clear warning to Palace, who had only avoided slipping under pressure thanks to Tomkins’ diving heroics.

The pressure didn’t relent and the Eagles were able to breathe a sigh of relief when Jan Bednarek - in the opposite box from his usual centre-back duties - blasted over from four yards on the end of a James Ward-Prowse free-kick. 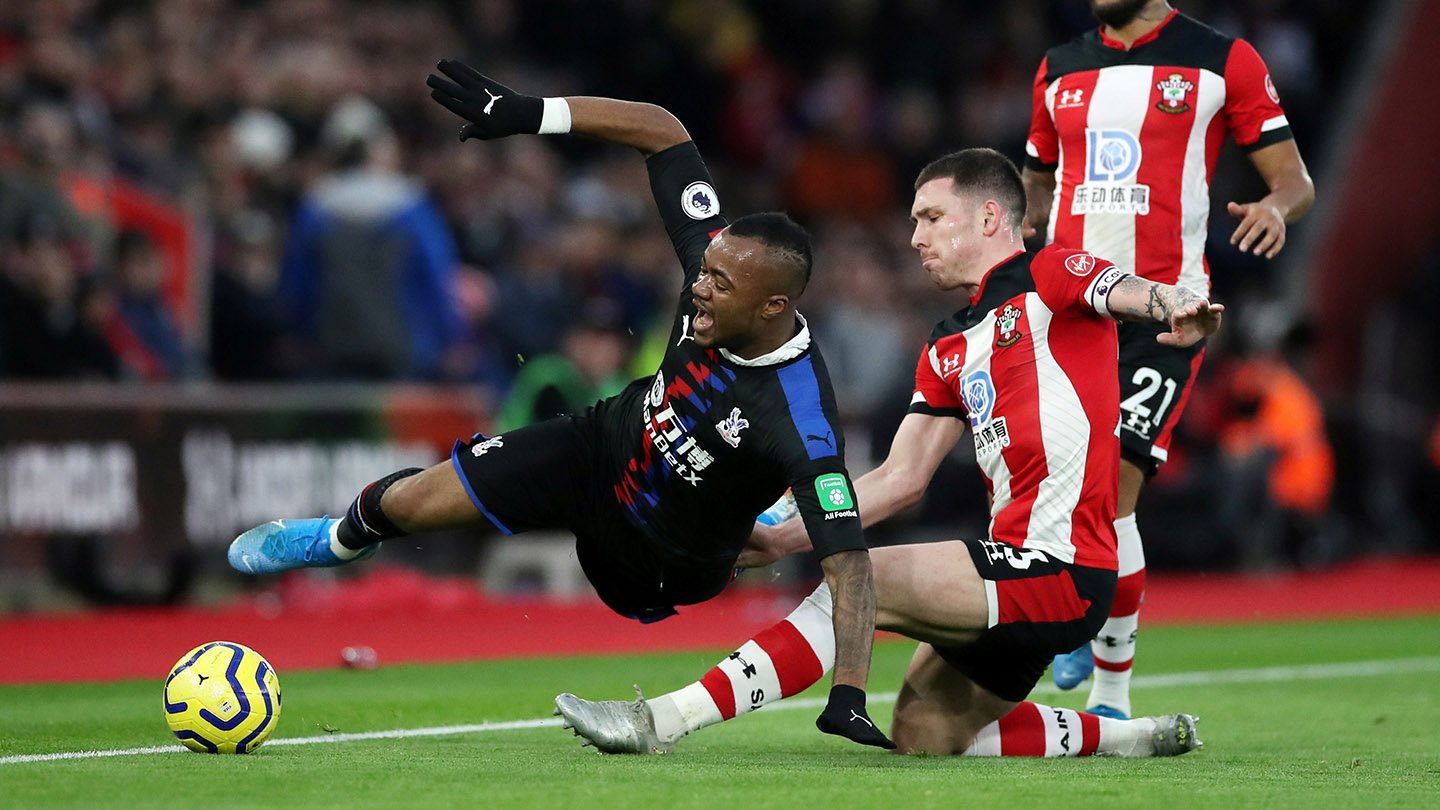 But Palace’s backs were far from the proverbial wall when countering and the combination of Jairo Riedewald and Zaha caused the Saints periodic concerns. Jordan Ayew landed his first chance of the day as he smacked goalbound with the outside of his boot, however the type of shot limited any venom from threatening Alex McCarthy and the former Palace ‘keeper met the ball with time to wrap his gloves around it.

For the Eagles’ other pushes, the home side defended in numbers and, by half-time, the net had only billowed in vain.

Southampton burst out of the blocks from kick-off in the second-half but, in their pursuit of a fast start, the racing Saints stumbled. After Nathan Redmond brought James McArthur to the ground on the edge of the home side’s box, Palace were handed a free-kick in a dangerously close position.

Luka Milivojevic stepped-up and caressed a cross onto the head of Tomkins who, after his dramatic efforts as protector in the first-half, turned provider by cannoning the ball home off the crossbar. 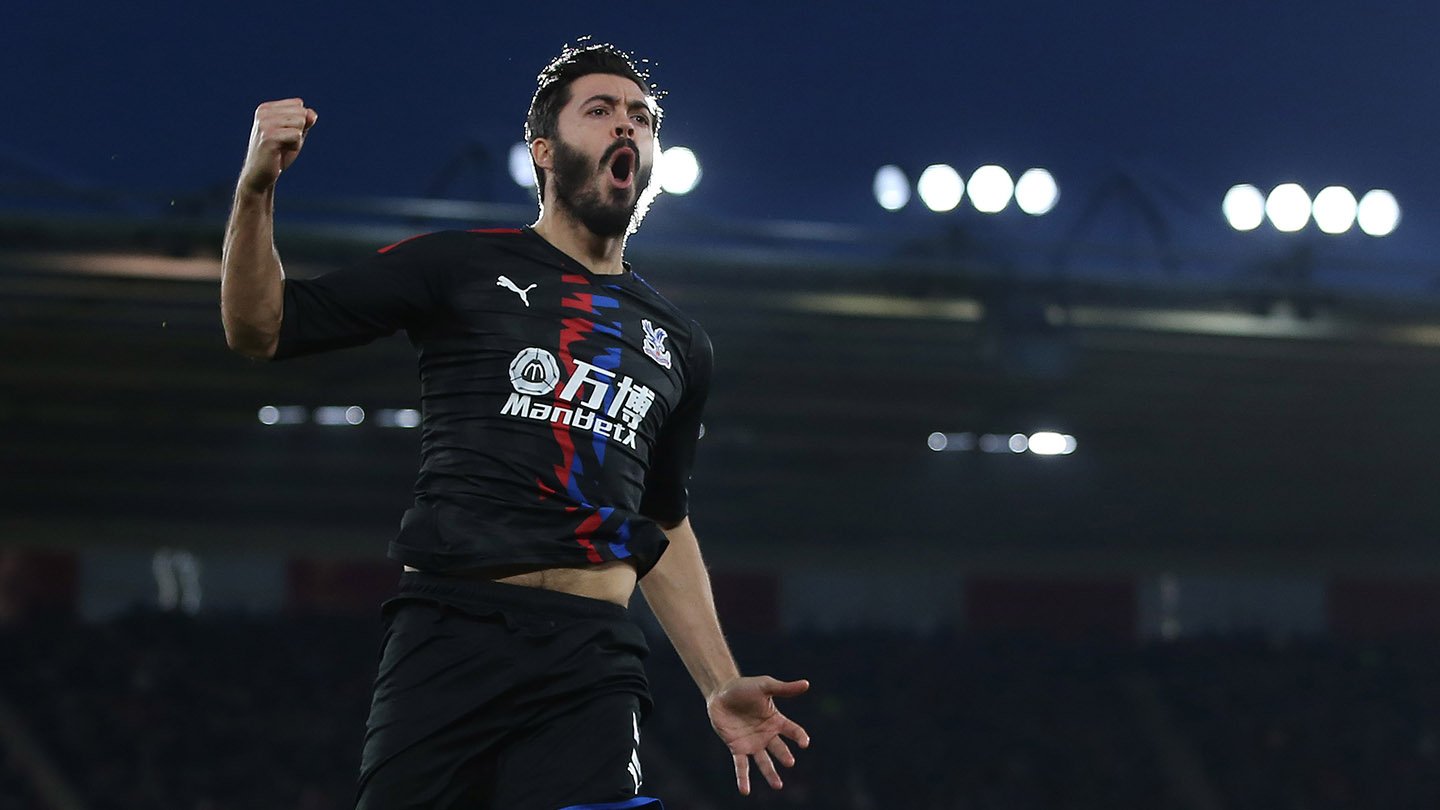 The goal re-shaped the match, with Southampton more conscious than ever of their need to pin the Eagles back. But Palace’s defensive solidity under Roy Hodgson shone through, and the visiting south Londoners were not forced to deal with any major threats for almost 25 minutes.

Eventually, however, Vicente Guaita found himself watching on as the Saints pulled level through Danny Ings, who netted his eighth goal in nine games after intercepting a Martin Kelly pass across the pitch to Tomkins.

The Saints were lifted by their equaliser and energised in their hunt for a second goal. So when substitute Moussa Djenepo skipped his way to the centre of the penalty area and unleashed a fierce shot, perhaps some fans thought they had done so. They may well have, had it not been for Guaita’s astonishing reflexes to tip the effort high with the edge of his gloved fingers. 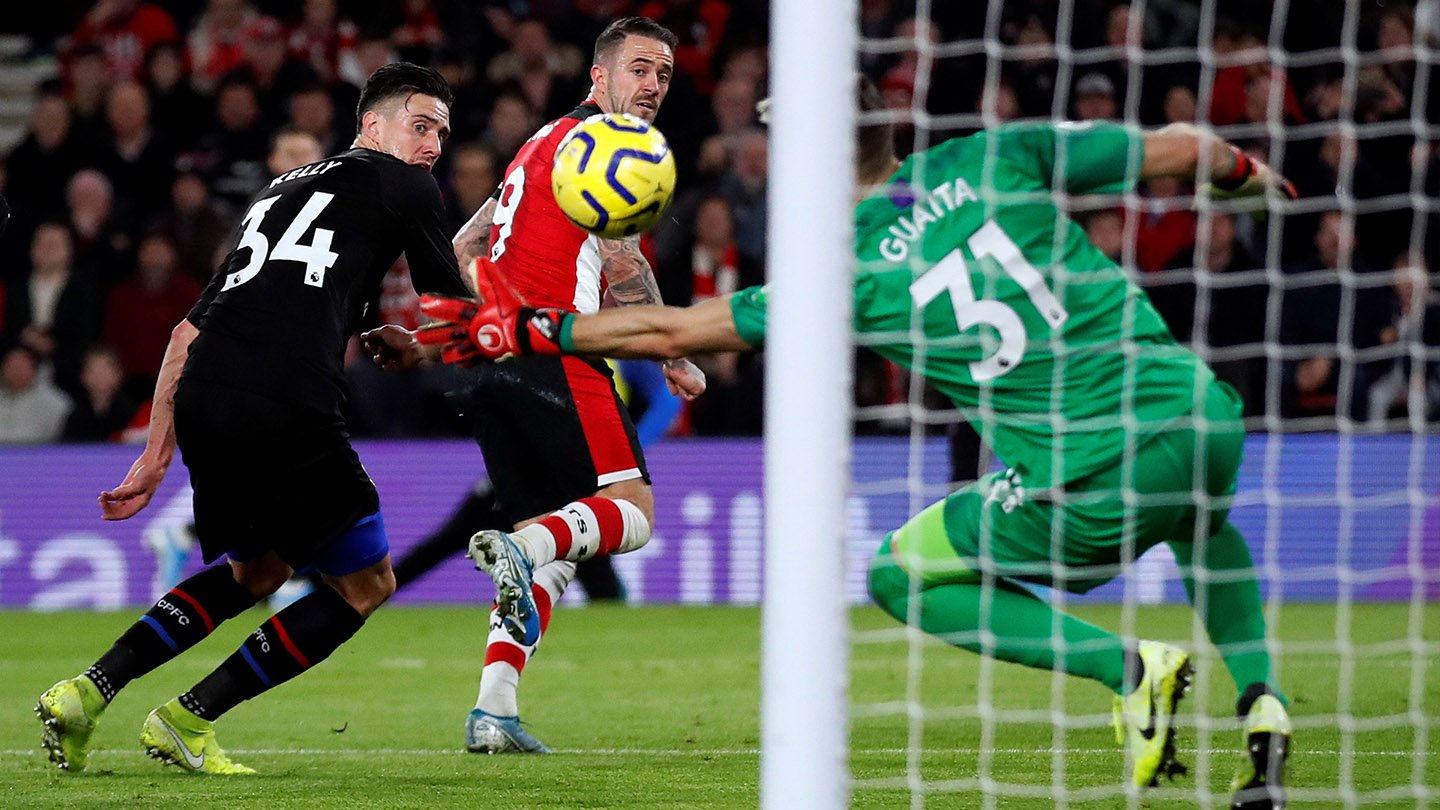 The adrenaline coursing through the Spaniard's veins from his superhuman save came to the fore moments later as he produced another sublime reaction stop - this time denying Ings with a wrist as strong as his arm was fast.

For the third time in as many minutes, Guaita was called into action with a smart punching block to keep Ward-Prowse from converting a bending free-kick.

The Saints were laying siege to the Palace goalmouth, and yet the score remained level with the Eagles nullifying chance after chance in an embattled penalty area.

At the other end of the pitch, Tomkins almost recreated his opening goal, but his header from close range thudded off the turf and into McCarthy's hands.

A goal at either end of St Mary's would have seemed a cruel conclusion and, on Andy Madley's shrill final whistle, the score remained level as each team ended the decade a point better off.

Full post-match reaction, the two managers' press conferences and highlights will be available to watch on Palace TV. Watch it all either by clicking here or 'Palace TV' in the official app.