Clearly, Bournemouth v Crystal Palace is a meeting favoured for broadcasting history. This evening’s spectacle proved why. If Jeffrey Schlupp’s surging run to victory with only nine teammates was Amazon’s dramatic fixture justification, then tonight’s was a step further for the BBC.

The Eagles appeared to have saved 105 days of anticipation for their historic return, and dismantled their hosts through a pair of sensational goals to account for the still, passion-sapping silence on the terraces. 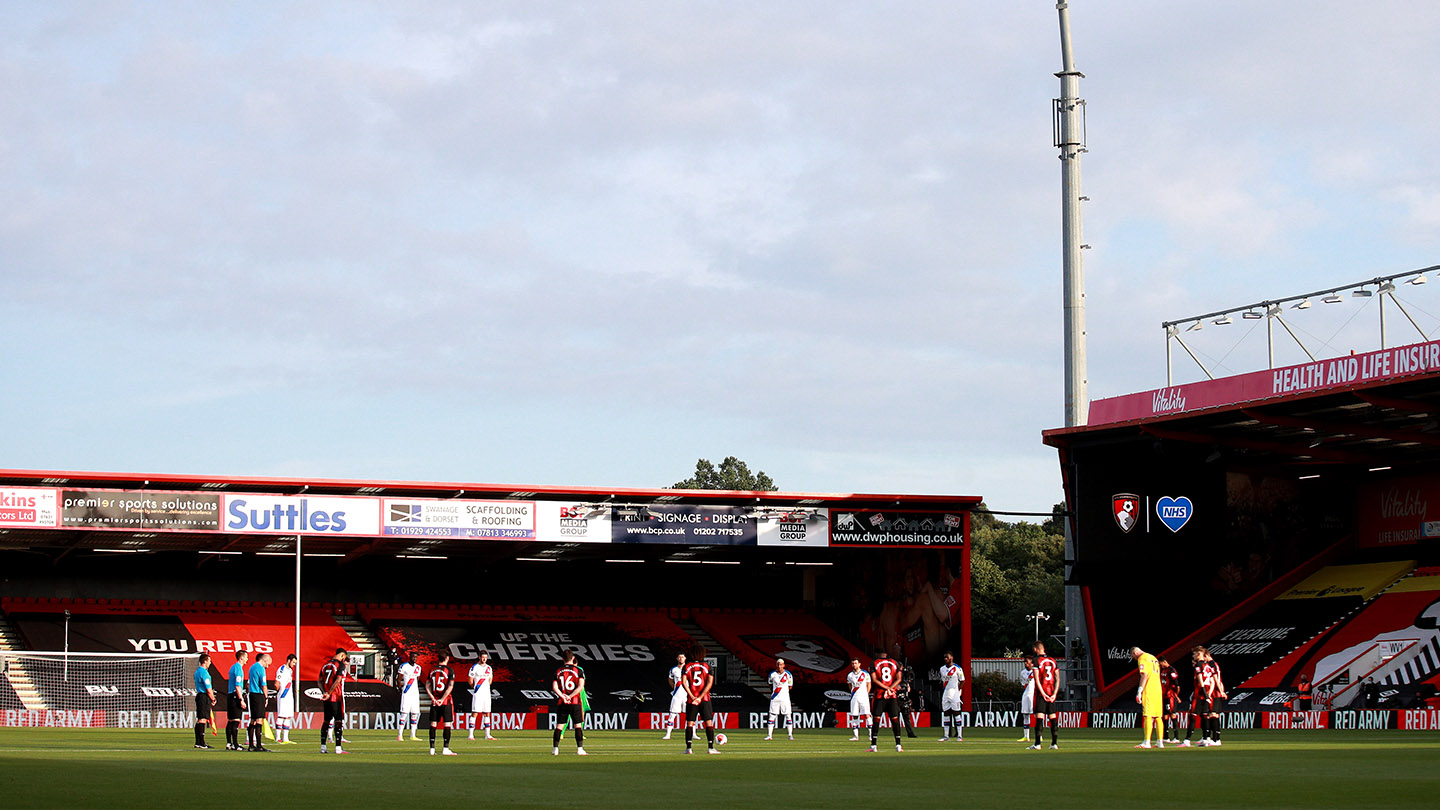 Bournemouth began the clash with the threat of three months’ coiled energy, but their early pressure along the right-wing was nullified pragmatically and the game settled down to a more even tempo.

Its two teams matched, the game then swang Palace’s way with a speed and style that knocked any lingering inertia from the players and, in turn, supporters at home. 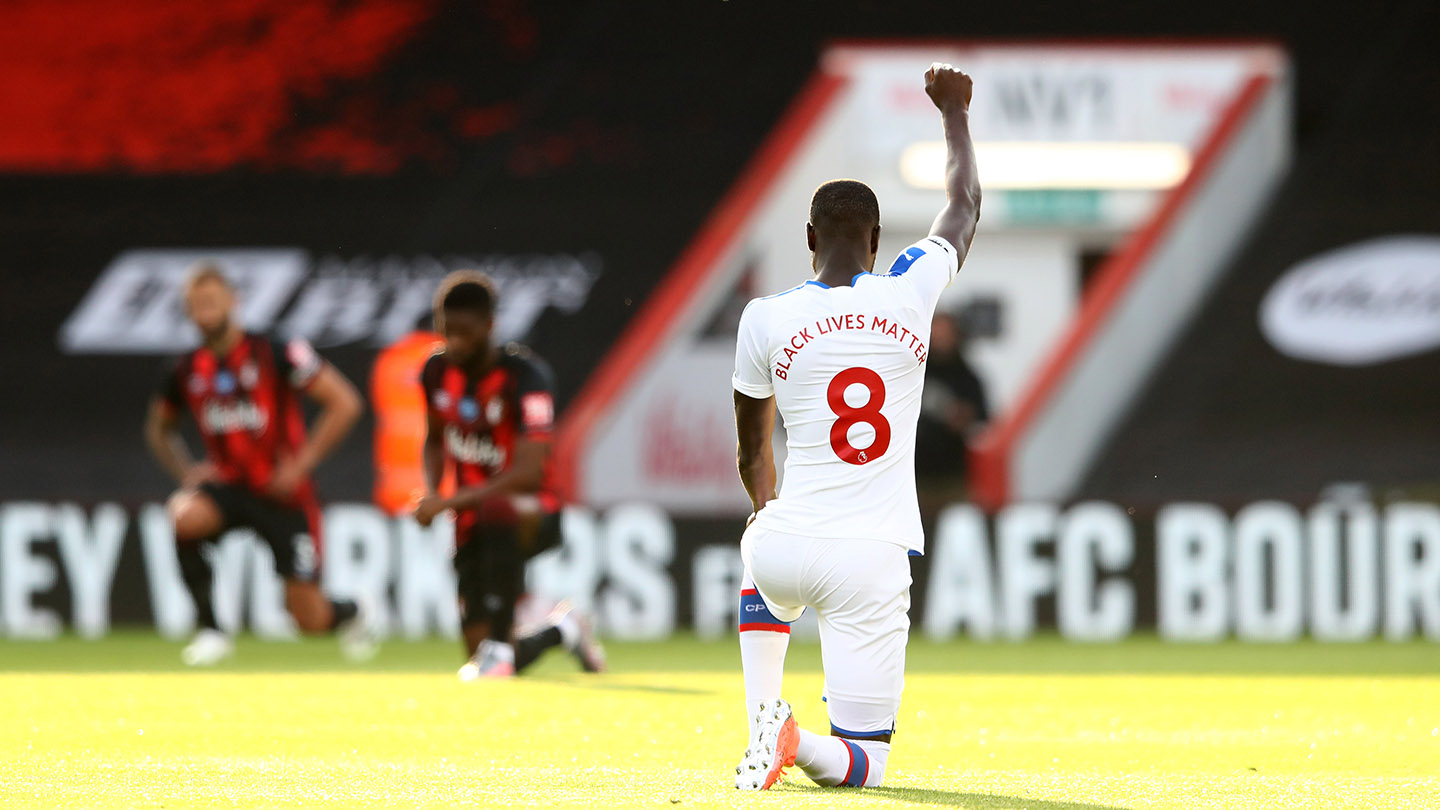 Falling under a foul, James McArthur fed Wilfried Zaha on the edge of the box, only for the Ivorian to blaze Palace’s advantage over. Resolved to atone for the error, Zaha then ran in trademark style at the Cherries’ defence and was duly fouled by the talented David Brooks.

Luka Milivojevic stepped up to the resulting free-kick, his eyes sharpened on the goal and any suspension-induced cobwebs swept firmly from his boots. Carrying his precision from 12 yards to 20, the Serbian fired a stinging shot deep into Aaron Ramsdale’s net and gave his side an early, eye catching lead. 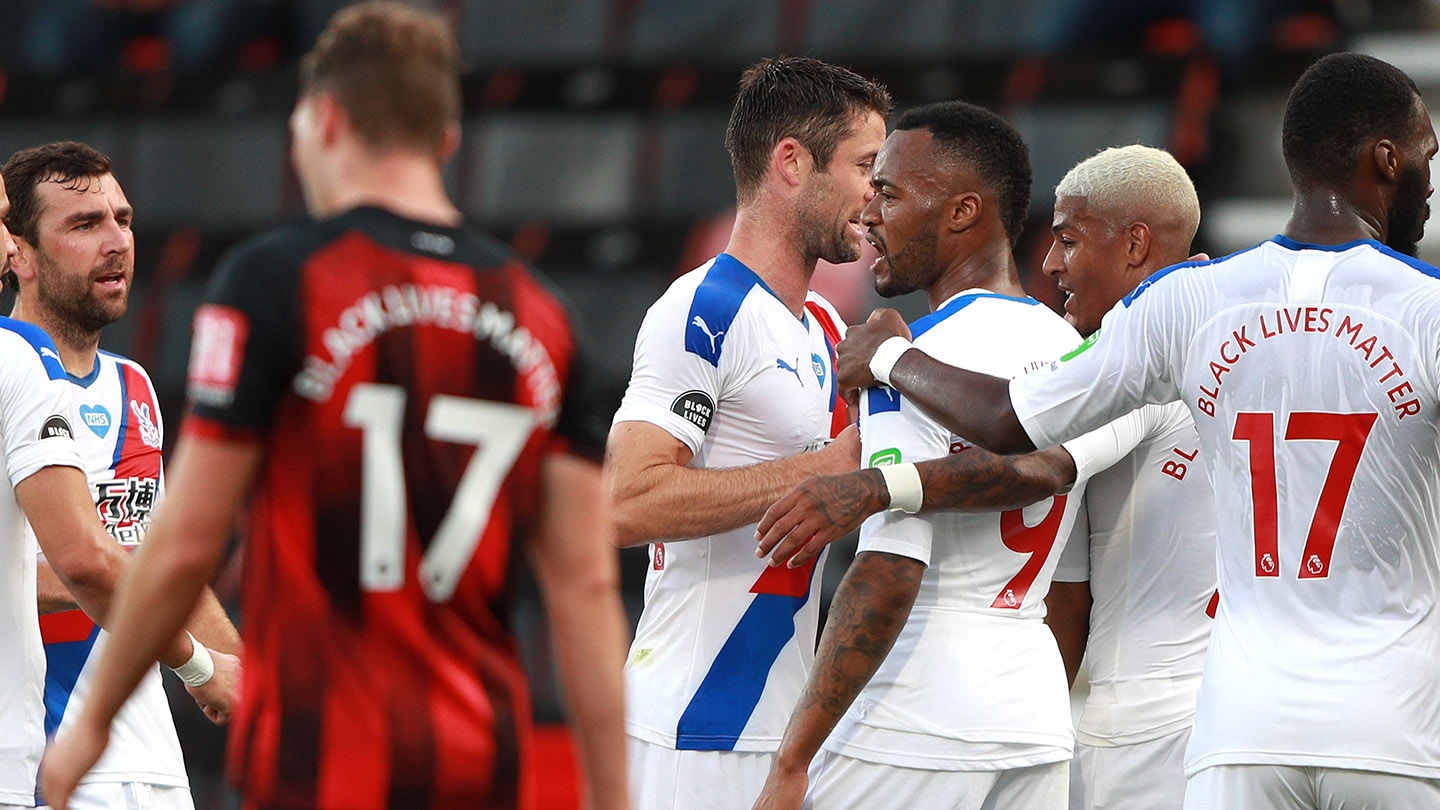 All of the Eagles’ offensive moves clustered along the left-wing, and their push in the 24th-minute was no different. Patrick van Aanholt flexed his attacking muscles as he pinged the ball to the penalty spot from the byline. Jordan Ayew, upholding his pre-pause form, stood in the perfect spot, where he coolly slotted home to double his team’s advantage.

For the millions watching the BBC’s well-selected spectacle, pundits began to renege on their pre-match predictions of a low-scoring game, and memories of the 5-3 Selhurst romp 13 months earlier sprang to mind.

But Hodgson’s Palace - ever the focused, pragmatic side - held back, well aware of the furious fixture schedule ahead of them. The Eagles readily soaked up a series of corners and free-kicks from their hosts, and entered the half-time break with a comfortable two goal lead - something one would assume they’d be happy to protect for a further 45 minutes.

The assumption would prove correct.

The game resumed with the same drama it boasted in the first-half, as VAR reviewed Gary Cahill’s 46th-minute challenge on Joshua King. The centre-back, however, was judged to have won the ball with an exuberant stretch and went unpunished. Alas, King did have to leave the field to be replaced by Dominic Solanke.

If two headline-grabbing early goals surprised pundits and fans alike in the first-half, then regular Palace viewers will have found the second more natural. The Eagles maintained their defensive shape and composure, allowing Bournemouth to tire between the centre-circle and penalty box while counter-attacking if the space opened up. 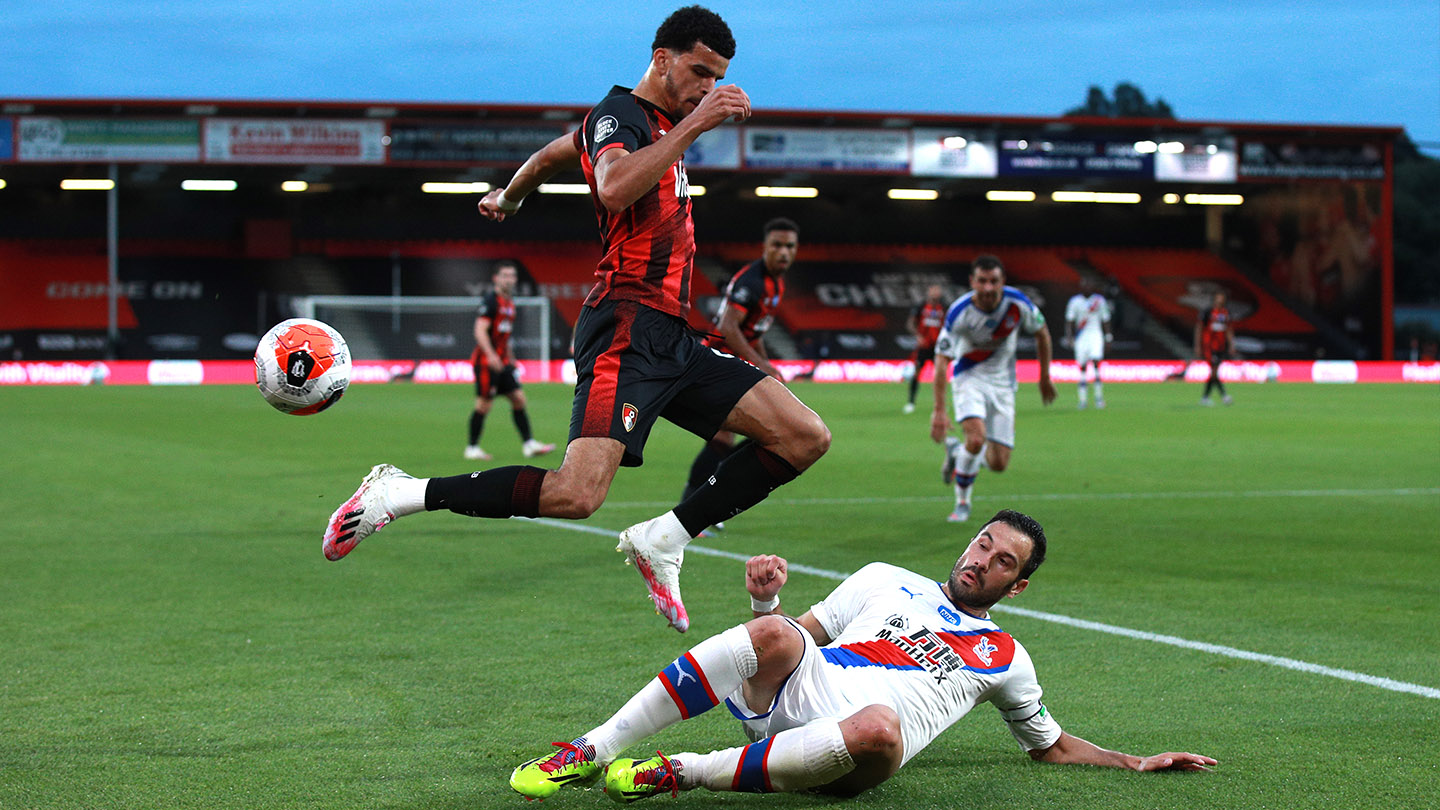 Guaita’s task was limited to maintaining an alert position, and the Spaniard kept his gloves a pristine white through to the final whistle. After all but securing three points in the opening 45, Palace stuck to their and Hodgson’s proven script word for word.

The half ebbed and flowed at a steady rate, with Palace continuing to threaten Bournemouth on the counter - though Eddie Howe’s men had tightened up notably from their lax first-half performance.

One of Palace’s greatest fillips in this assured approach was Christian Benteke, who pressed his hosts relentlessly, forcing Nathan Ake and Steve Cook into a sapping evening. Andros Townsend replaced his Belgian teammate after 75-minutes, however, and Palace hunkered down with a more custom-made midfield for the run-in.

Tonight’s was a match that highlighted an astute tactical nous to the league’s biggest audience, with the Eagles forcing themselves ahead early on and then smartly holding their lead to record a well-earned three points.

The south Londoners enjoyed a fierce, commanding first-half and a controlled, confident second. It was 105 days in the making, but Crystal Palace’s return was well worth the wait.

Enjoy that? Vote for your eToro Man of the Match here!

Stay tuned for full highlights, post-match reaction and both managers' press conferences on Palace TV. Either click here or 'Palace TV' within the app!