Crystal Palace maintained their unbeaten pre-season record this afternoon against Danish side Brøndby IF. In an action packed clash between well matched teams, the Eagles enjoyed a host of promising chances but were unable to hold on to a deserved lead against challenging opposition.

Brøndby appeared to start on the front foot this afternoon at Selhurst Park, surging forward with intent during the first few minutes. Their offensive approach was marked out early on, with most of the visitors flooding their host’s half at any opportunity.

But it was Palace who landed the first major chances, with Wilfried Zaha disrupting play along the left of attack and Jeffrey Schlupp posting a firm shot into Marvin Schwäbe's arms. 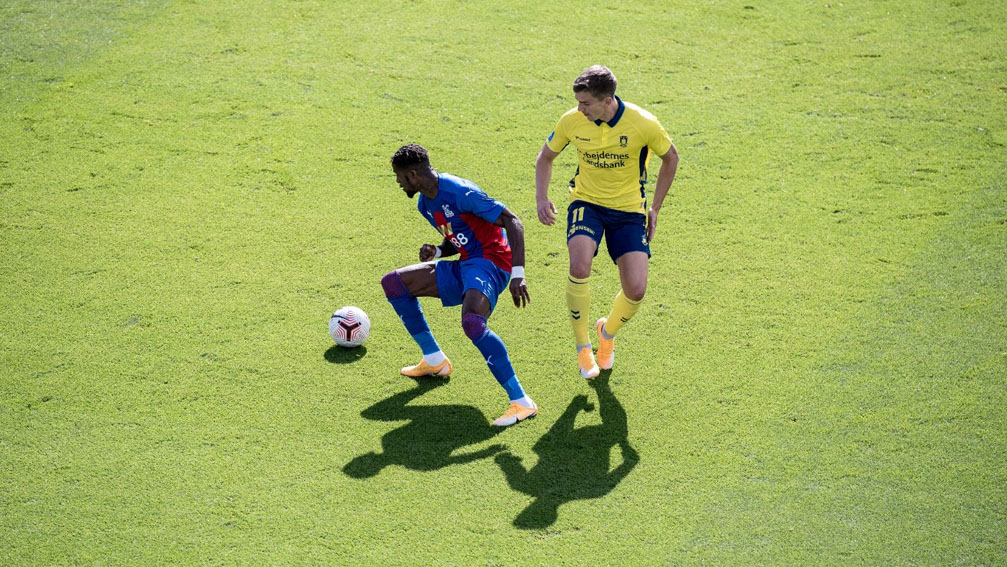 The Eagles’ attempts were not to say that Brøndby were willing to sit back, however, and the Danish side played an intense style pitched high up the field. This saw Kevin Mensah threaten along the left and Josip Radoševic strike over the bar.

Again, though, as in the opening 10 minutes, where Brøndby enjoyed possession and the offensive passages, Palace enjoyed the chances. Zaha first capitalised on a defensive error only to have his cross cleared by Radoševic before Schlupp cannoned an effort into the side netting, with Andros Townsend given space to angle a shot he chose not to take.

The first 20 minutes appeared to indicate a game whereby Palace knew the calibre of their opponent, adeptly and effectively deploying their counter-attacking style that works so often in the Premier League. Where the approach may not have succeeded against recent League One opposition, Europa League Brøndby and their offensive determination made the perfect adversary for such a tactic. 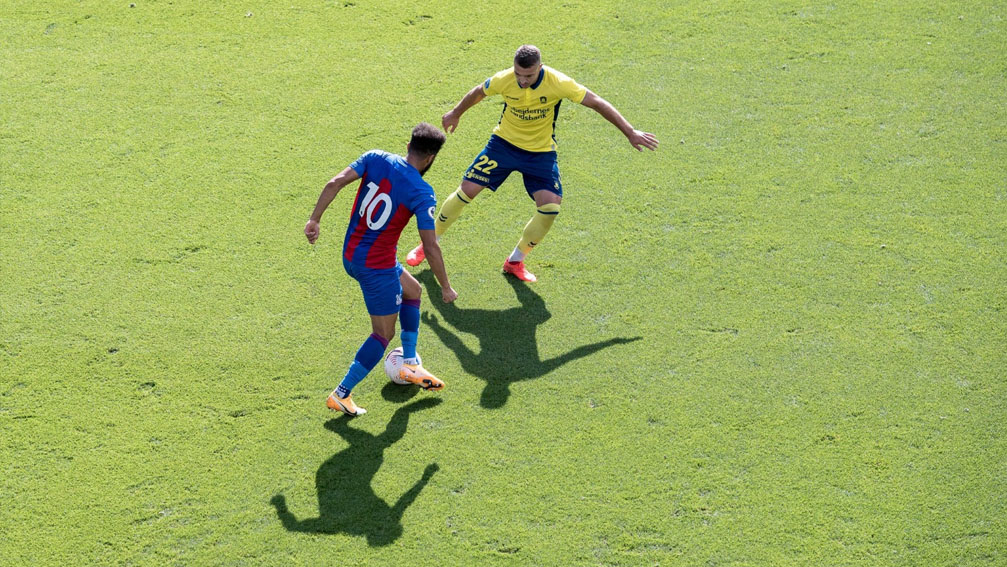 The decisive opening goal would come should the visitor’s patient possession pay dividends before Palace’s swift snaps forward did - a style embodied confidently by Zaha, Townsend and Schlupp.

But it was Jordan Ayew who next epitomised this battle of styles best as he fired a cross into Schlupp who, if it weren’t for his close marker, would have struck home with ease. Next, the No.9 lofted a corner onto Scott Dann’s head, but the centre-back’s effort was cleared off the line by a reflexive man in yellow.

Shortly after the half-hour mark, with Brøndby forced to remove the threatening Mensah, Palace’s approach won-out as the Danes were penned back for a period and uncomfortable against an energised host.

Attacking along a well-worn left channel, Zaha burst into Brøndby’s box on the end of an Ayew ball and lashed a fierce effort into the back of the net, reminiscent of several of his competitive goals.

The game’s dominance had swung markedly by the time Palace bagged, with Brøndby seemingly rocked by the Eagles’ troubling attacks. The Danish giants switched their style to a more passive, defensive block, but this only invited Roy Hodgson’s men back onto the ball, terminating the away side’s early momentum. 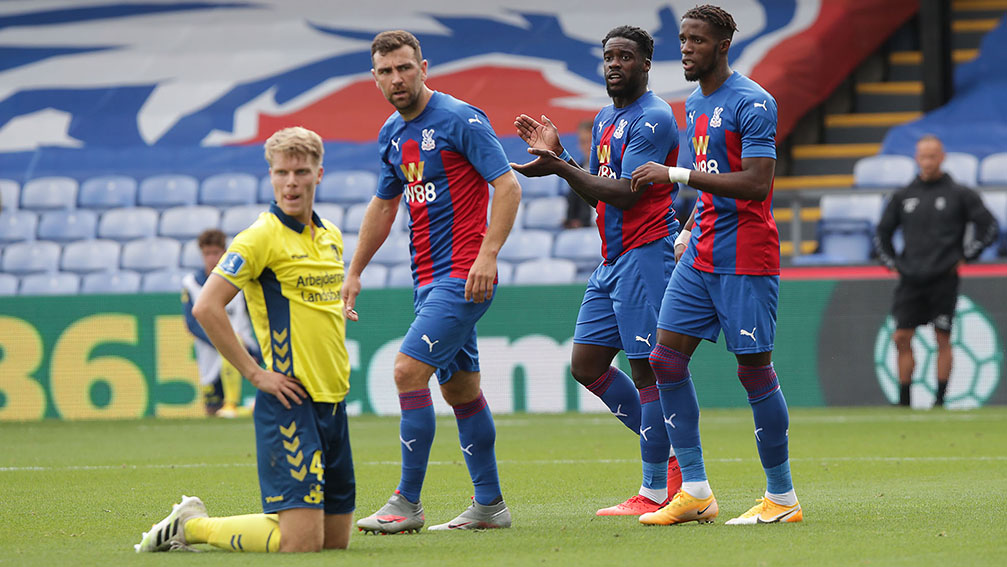 The second-half began much like the first ended, with Townsend flying the flag for Palace’s attack. But Ayew was the man who came closest to doubling the host’s lead when he danced into the box, mirroring his Goal of the Season against West Ham United. Wriggling his way into a one-on-one, the frontman again attempted a cute chip to score, but on this occasion shot just wide.

Clearly, those Boxing Day heroics were too good to repeat blow for blow.

Brøndby managed to rediscover their offensive swagger as the clash neared its hour mark, with Peter Bjur striking a free-kick over the bar and then being denied by an exceptional Vicente Guaita hand. 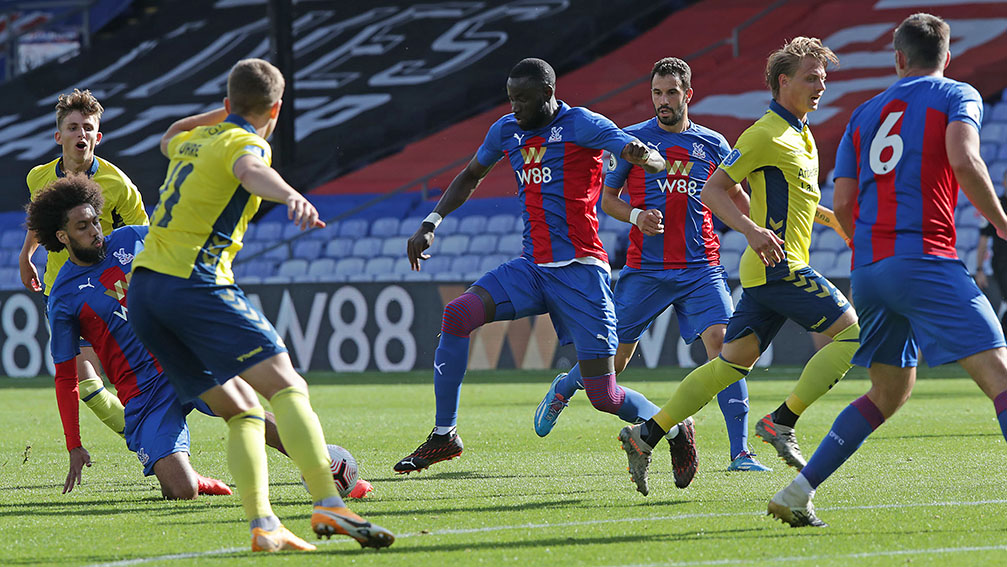 At the other end of the pitch, the visitors were next forced to hold their collective breath as a Zaha shot flicked off Anthony Jung and ran towards the goal-line. If it weren’t for the talented defending of Brøndby captain Andreas Maxsø, the Eagles would certainly have doubled their lead.

Instead, they slipped into a draw.

The visitors were confident in the attack, and when substitute Jesper Linstrøm struck from the centre of the box, Guaita could only palm the fizzing effort onto his own post before it met the inside netting. 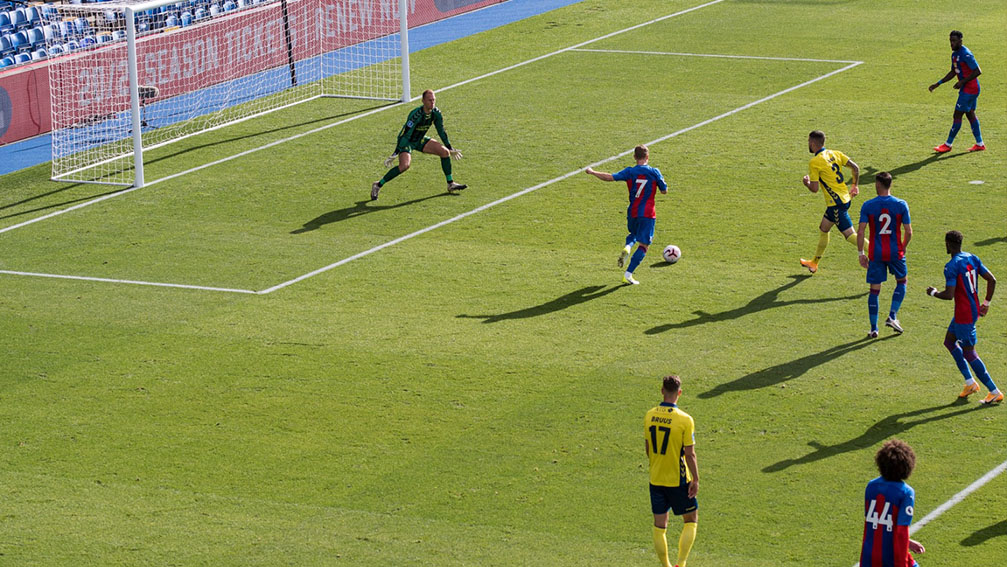 But Palace retained their own offensive spark, with Max Meyer cruelly denied from close range by an onrushing Schwäbe and Townsend then blocked from distance by Jung.

Next to try his luck was Luka Milivojevic, who, in his first pre-season outing, swung over by barely an inch from 25 yards - his eye catching effort flying out to become another remarkable footnote in Palace’s lengthy attacking inventory.

Schlupp again caught the side netting, again forced Schwäbe into action and again watched on as Milivojevic's dipping shot couldn't find the net. But, try as they might, Palace were made to contend with a draw and confidence-inspiring outing as they rounded up pre-season exactly a week before starting their eighth consecutive Premier League campaign.

Full highlights and post-match reaction from this clash will be available to watch for free via Palace TV. Either click here or 'Palace TV' within the official app, which you can download here.