Whatever else he would do, Wilfried Zaha made history when he kicked-off against Manchester United today, captaining his boyhood club for the first time competitively since his debut over 10 years ago.

With the armband gripping his sleeve for the first time, the Ivorian was perfectly placed to not only make history against his former club, but to do so in style - embodying the grit and resolve of a Palace side determined to maintain their success playing David away to English football’s largest Goliaths.

After making three fouls in the game’s opening minute, Manchester United outlined their understanding of the Eagles’ attacking threat this afternoon - and their concern was vindicated just moments later.

Palace looked alert from the off, and with Jeffrey Schlupp showing his strength along the left-wing, his counterpart on the right, Andros Townsend, surged towards the back post astutely. Schlupp needed no second chance to find him, playing a ball across the box for the south Londoners’ No.10 to confidently fire home and stun the United backline. 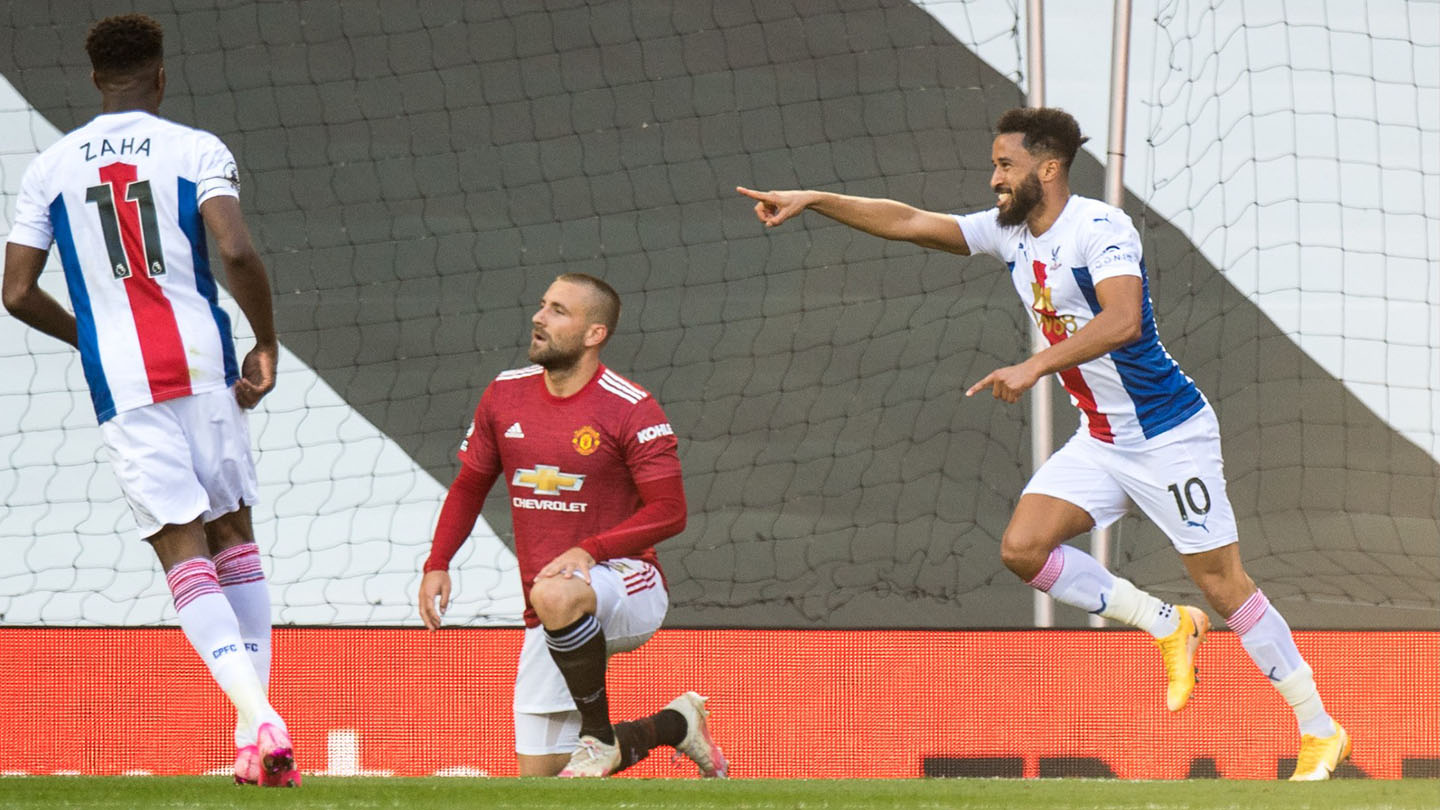 Whether it was last season’s triumph in the Old Trafford sun, their opening day victory or Zaha’s leadership in this most fitting of clashes, Palace appeared driven and determined to make their mark in M16.

Smelling blood in the water, Townsend first fired wide before Zaha closed David de Gea down in an awkward one-on-one for the Spanish ‘keeper.

Palace’s attacking dominance was not, however, to suggest they were enjoying an easy game - and Paul Pogba reminded his guests of the home side’s prowess with a well-hit shot from the edge of the box. The thudded effort didn’t come close to beating Vicente Guaita - who flopped to his right and held the ball firmly - but it did ensure players and fans alike avoided complacency. 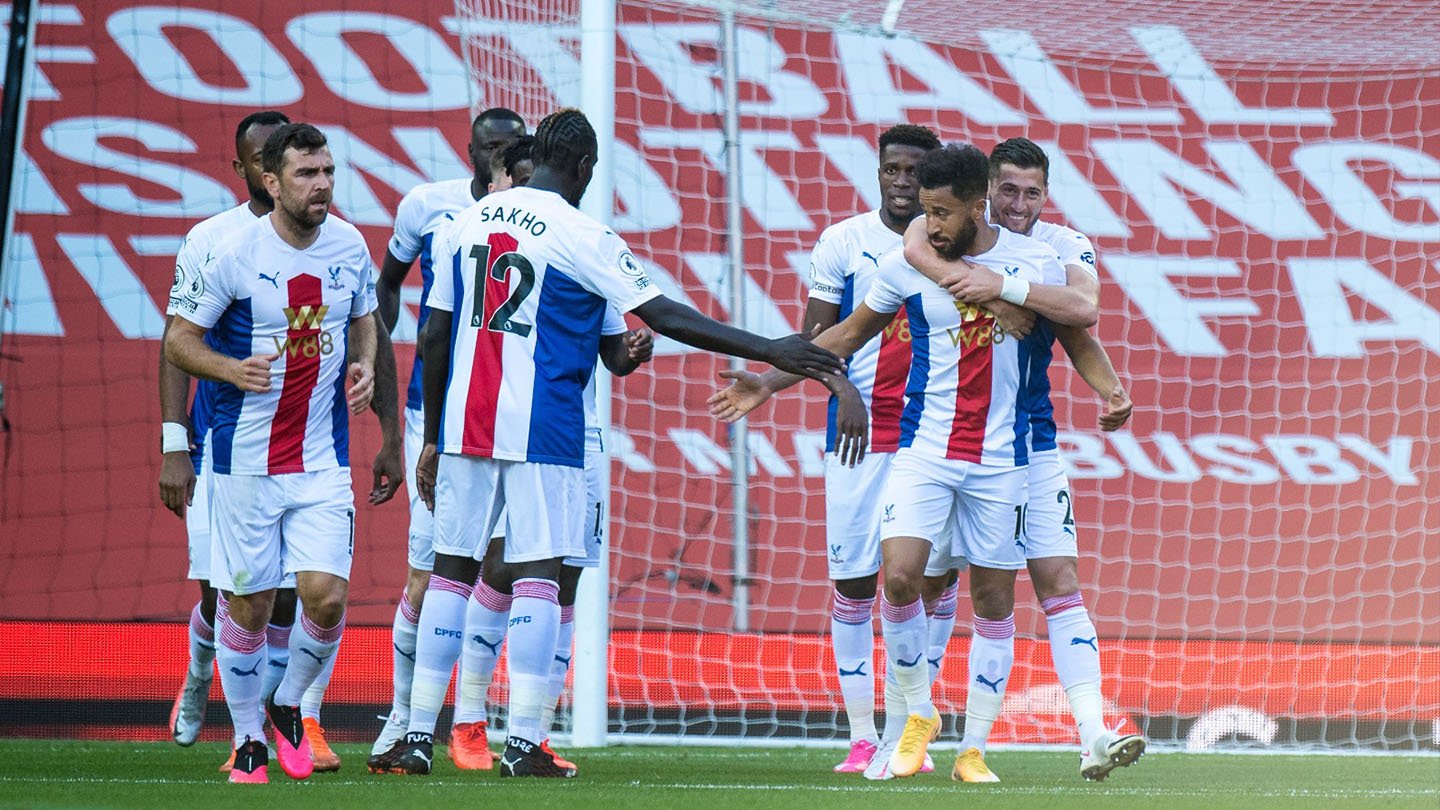 United established their grip on the game around the half-hour mark but were unable to capitalise on a tame period in charge. Despite having a defence hit hard by injuries, the visitors looked typically controlled at the back - with Roy Hodgson’s masterful organisation in front of goal shining through.

Even VAR’s lengthy penalty review and a free-kick from 15 yards couldn’t disturb the Palace net, and the first-half instead closed out with Jordan Ayew stinging De Gea’s reflexive palms and Zaha thwacking the side netting from distance.

The two shots were clear warning calls to the home team: a huge second-half awaited for Palace. 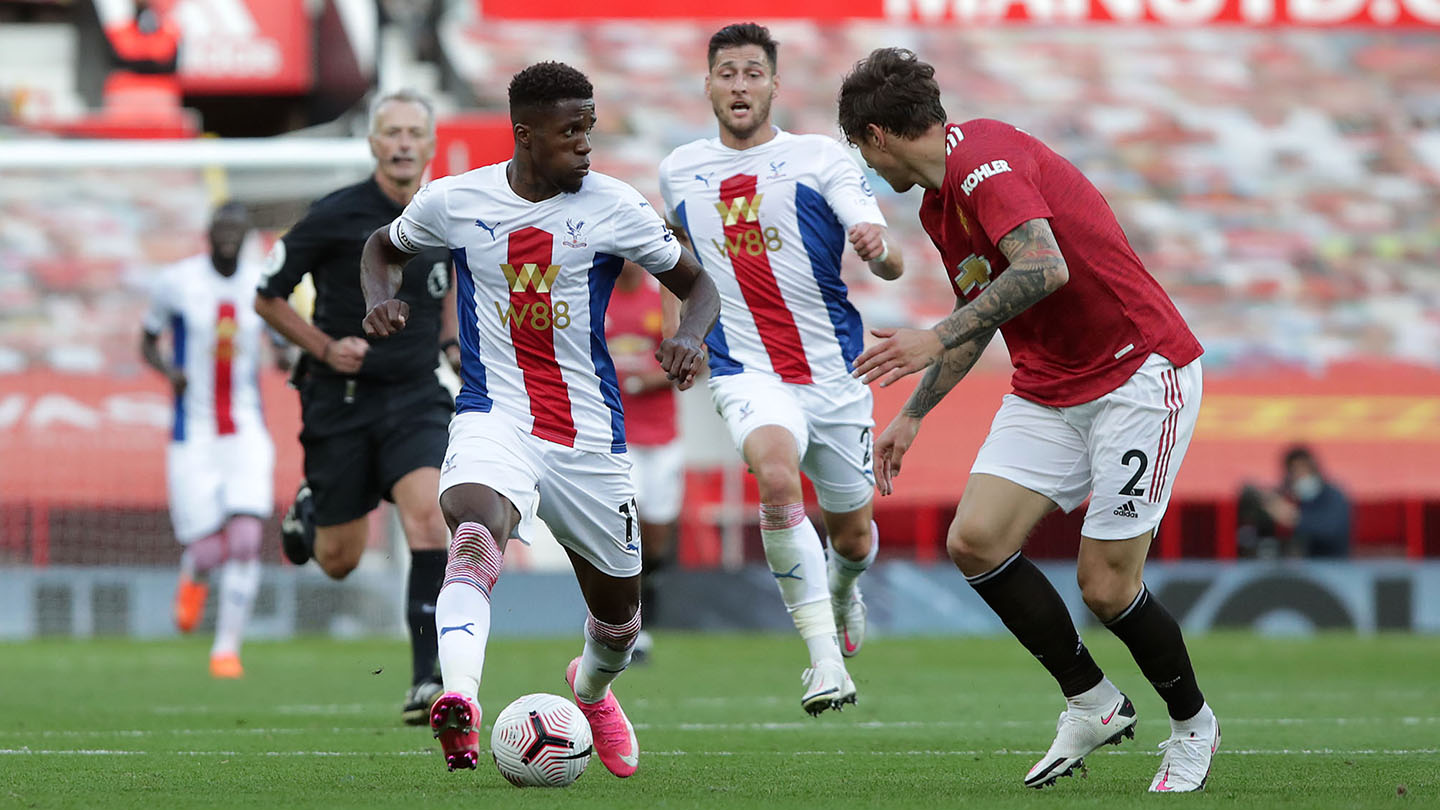 The second 45 began exactly as the first ended: with Ayew denied by De Gea - and also as the first began: with Palace playing in the ascendancy. Openings fell to Townsend and Schlupp, but the visitors were only able to threaten with a series of half-chances.

The next major opportunity instead fell to United substitute Mason Greenwood, who headed inches wide from a hanging Timothy Fosu-Mensah cross.

The youngster’s effort inspired a United push that saw power change hands not for the first time at Old Trafford, but Palace retained their lead as they entered the final 25 minutes. This protection felt like a crucial fillip for Hodgson’s men, and forced United into another offensive change: handing Donny van de Beek his competitive debut in a bid to out-do the Eagles. 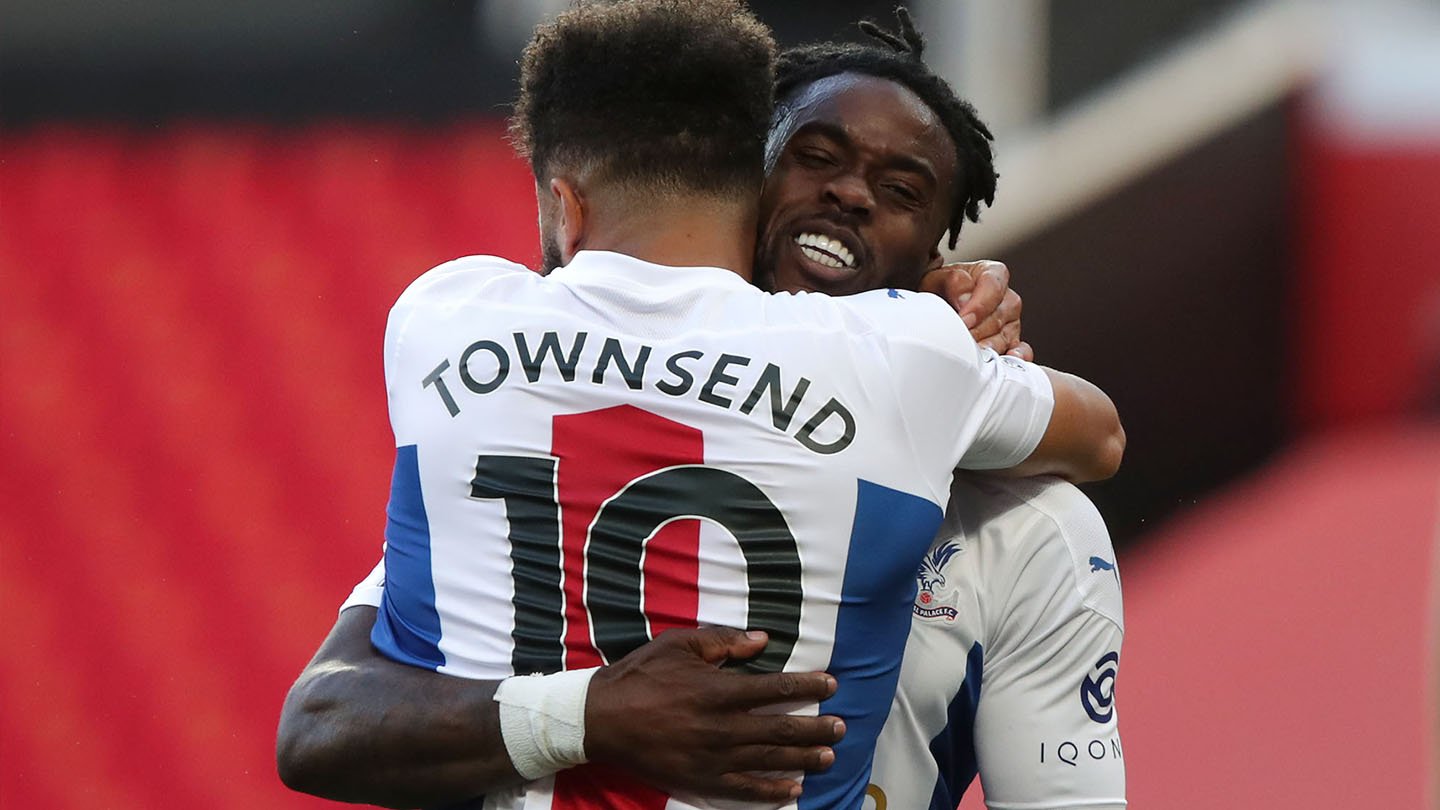 Ultimately, though, the Eagles out-did themselves, with Zaha firing into the roof of the net only for the linesman’s flag to curtail his wide-eyed celebrations.

Next, at one end, Victor Lindelof volleyed over from 10 yards and, at the other, deflected Ayew’s similarly close shot into De Gea’s arms - a pair of chances each side will be frustrated to have missed. Attention turned to the game’s resumption, only for VAR to halt play, encourage Martin Atkinson to his monitor and hand Palace a surprise penalty for handball.

The drama wouldn’t end in its next act, however, as Ayew struck low into De Gea’s hand, with the Spaniard leaping onto the rebound milliseconds ahead of his striking adversary. 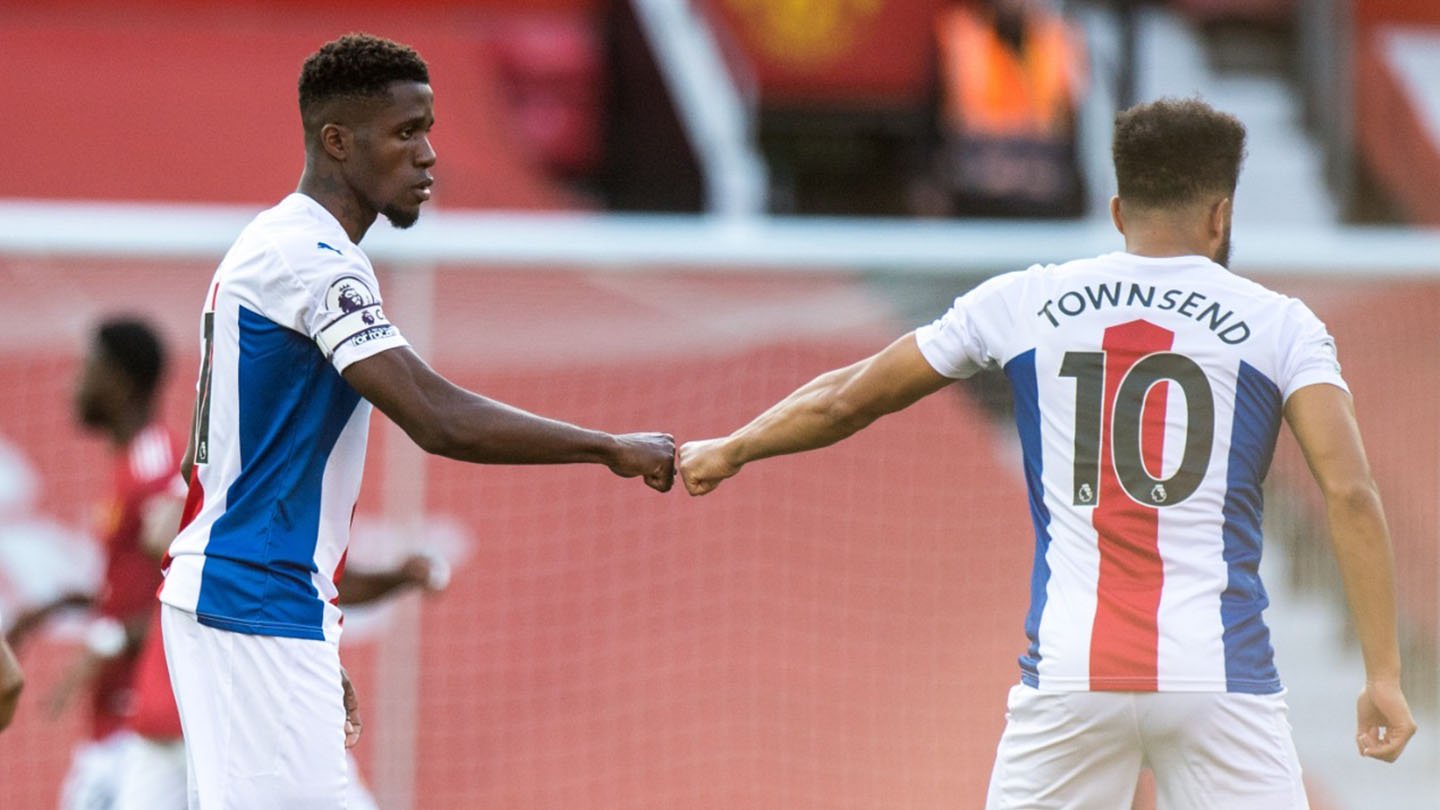 Again, play resumed only to be pulled back - with De Gea having stepped off his line, handing him the advantage not only to save, but to collect the rebound, too.

Responsibility passed from Ayew to Zaha - the captain filling his role with aplomb - and naturally the Ivorian fired home against his one-time side.

Drama and controversy may have become the talking point from then on - and for some pundits it certainly was - but United nullified Palace’s advantage swiftly to cancel out the debate. The Red Devils opened their account through new signing and recent substitute Van de Beek, who turned home from inside the box to tee-up a potentially painful last 10 minutes. 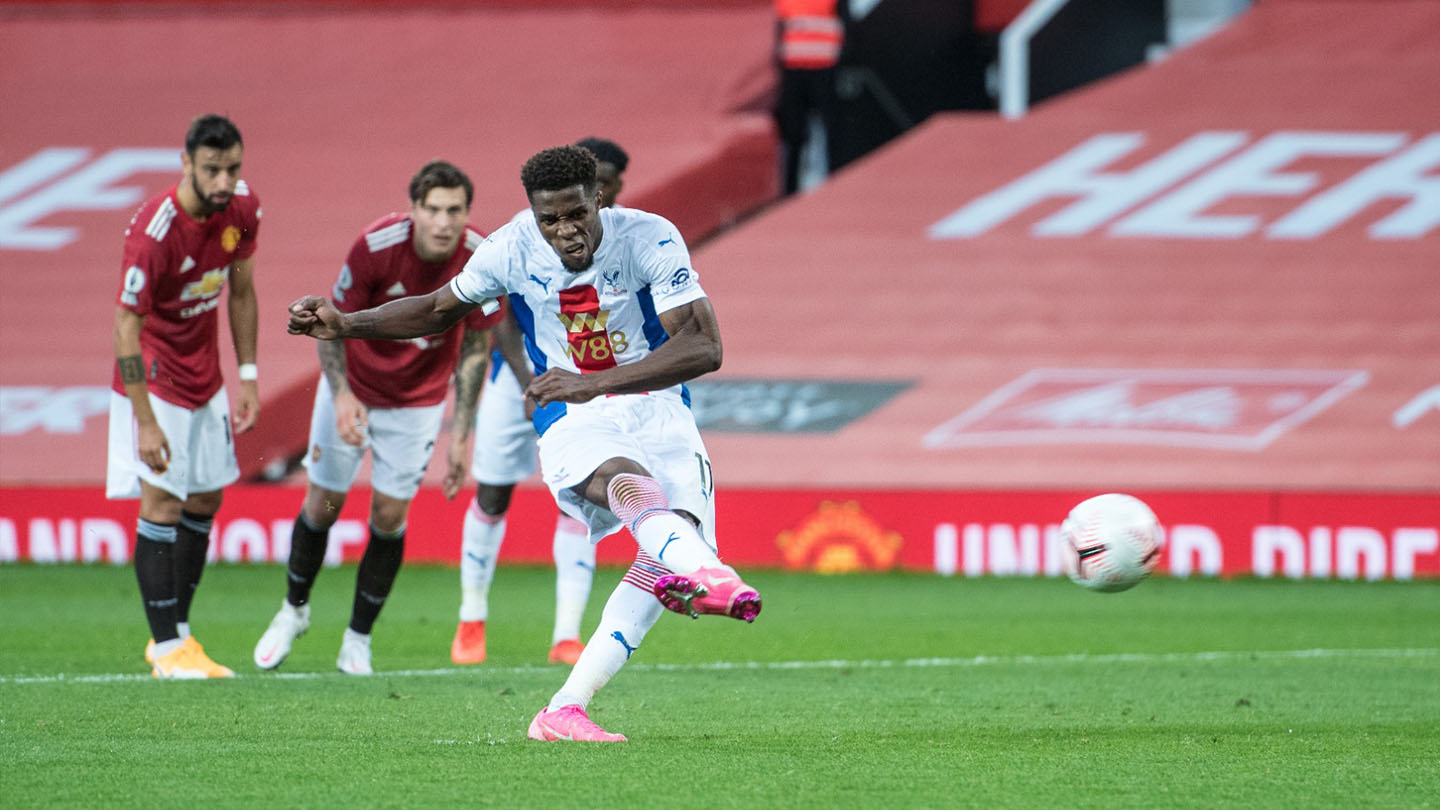 But Zaha, Palace’s bristling captain, had other ideas. Carrying the weight of facing one of the world’s largest clubs and defending a late, slender lead, the south London talisman shrugged off any pressure and took matters into his own hands.

He broke his way into the United box, using sheer force rather than treading a delicate path, and slammed home to secure victory from 15 yards.

The game couldn’t have closed better, nor provided a finer chapter in Zaha’s story - as boyhood protege led his local side to emphatic victory, all on his captaining debut. 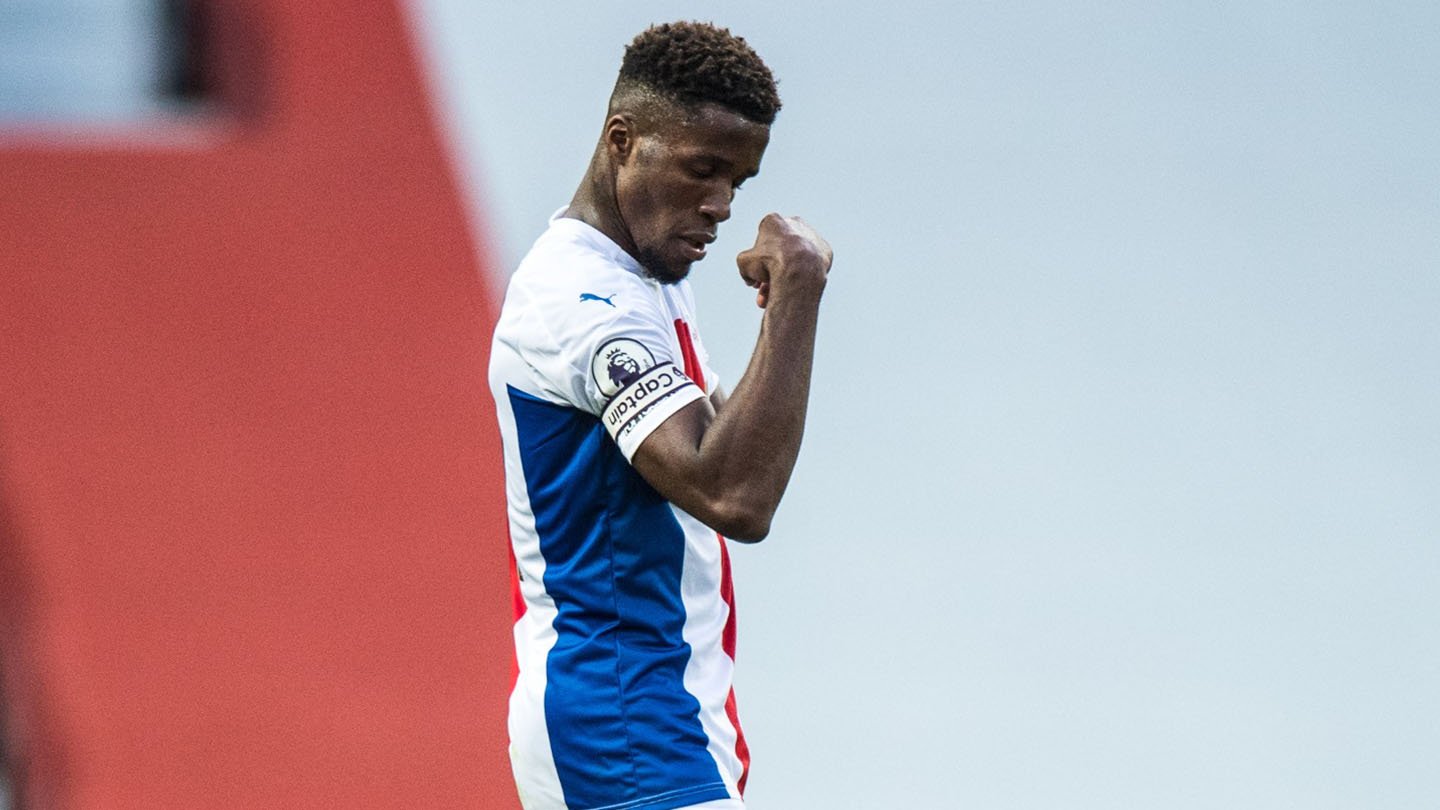