There was no doubting the atmosphere the lucky few inside Selhurst Park would create, but 6,500 sounded more like 65,000 as Roy Hodgson emerged to a guard of honour and a standing ovation. 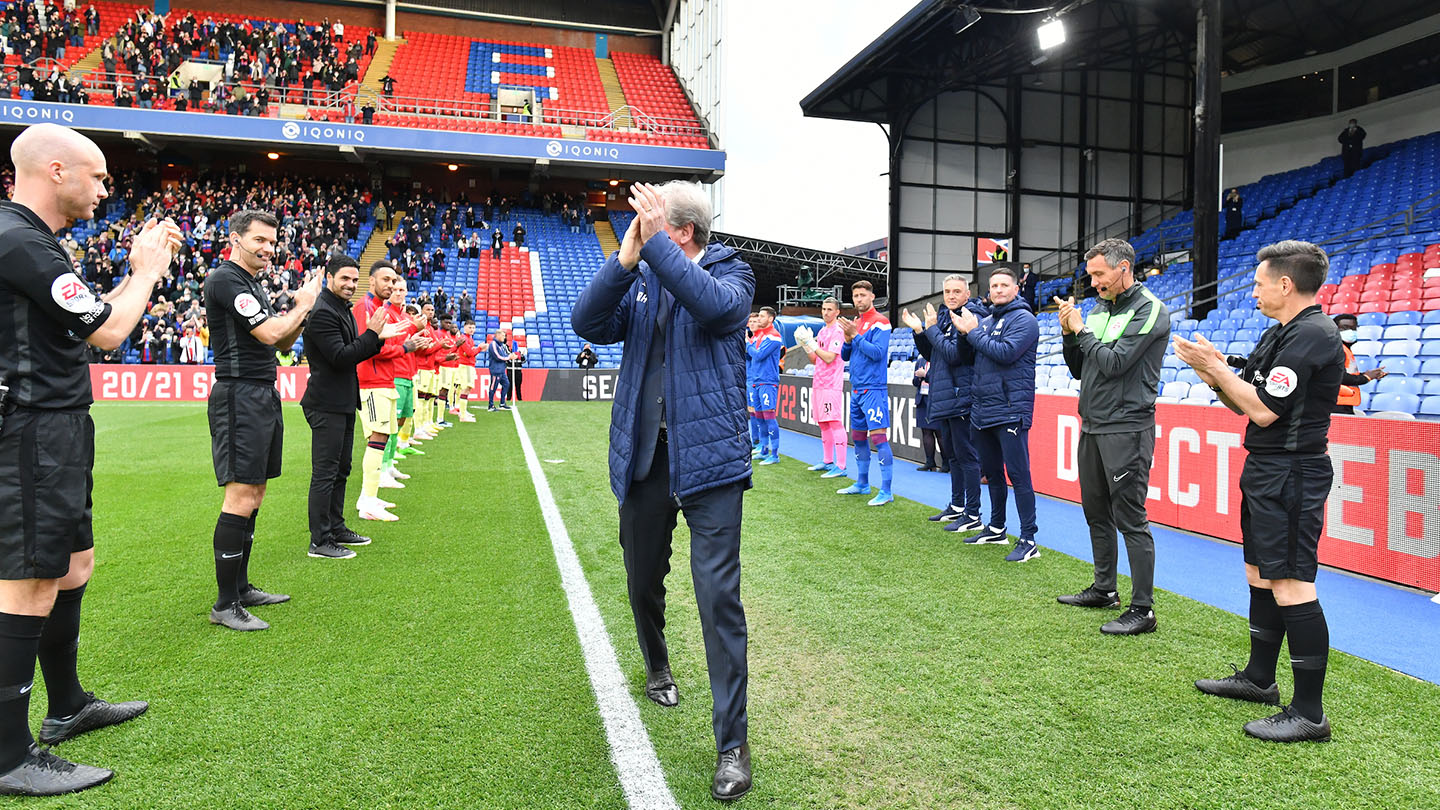 The visitors started quickly, searching for an early goal to dent the confidence of the raucous crowd willing Palace on. Pierre-Emerick Aubameyang threatened to latch on to a dangerous cross before Vicente Guaita’s intervention, before Emile Smith Rowe’s ball across the face of goal failed to find a teammate in yellow.

But the hosts were more dangerous breaking forwards. It took just minutes for Wilfried Zaha to remind the Gunners of his explosive ability, advancing down the left and jinking one way and then the next before his effort was blocked.

Palace were a real aerial threat from set-pieces, with Gary Cahill nodding just wide from an inviting James McCarthy cross. Moments later, James Tomkins rose highest in the box, but saw his effort saved by a stretching Bernd Leno. 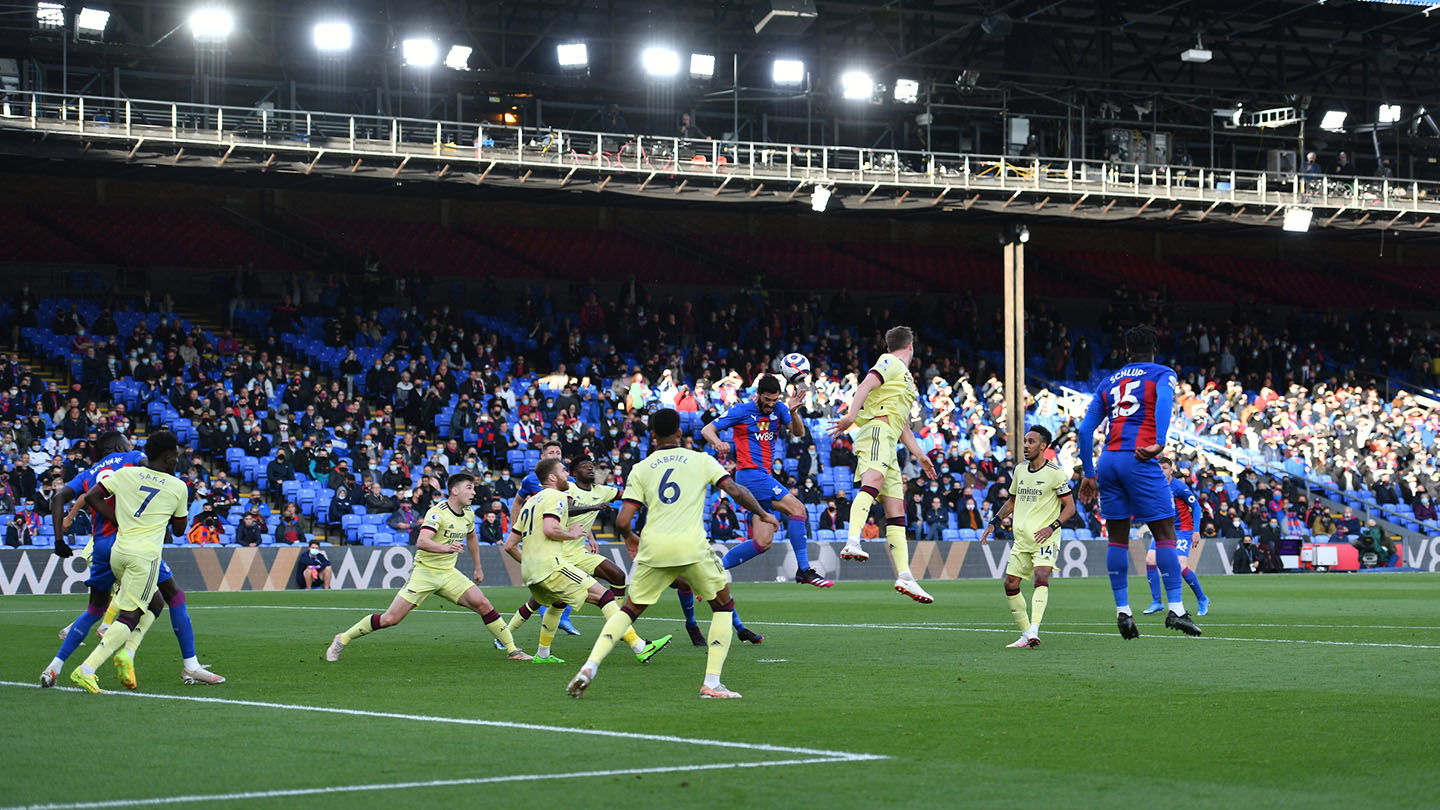 After some sublime trickery from Zaha won a free-kick just inside the Arsenal half, Townsend floated a delicious ball into the area, but Christian Benteke’s powerful header was too high.

It was then Benteke who turned provider, juggling the ball craftily on the edge of the area before laying it off to Jeffrey Schlupp; his shot on the half-volley was powerful and low, but Leno scrambled across in time to tip it behind.

But Palace’s spell of pressure was punctured as Arsenal opened the scoring. Combining cleverly on the left-hand side, Saka and Tierney created an opening for a cross, which was stabbed home on the volley by Nicolas Pepe. The hosts were unlucky to be behind, but it was a well-constructed team goal and Guaita was left with no chance.

Behind at the break but determined to find a result their positivity warranted, Palace came out firing after the restart. The Arsenal backline was under constant pressure on the ball, and Townsend was dangerous once again coming forwards, crossing for Benteke but the Belgian unable to guide it goalwards.

Combative in midfield whenever Arsenal tried to break forwards, Palace were roared on by a deafening Holmesdale End, who threatened to suck the ball into the net whenever they came forwards. 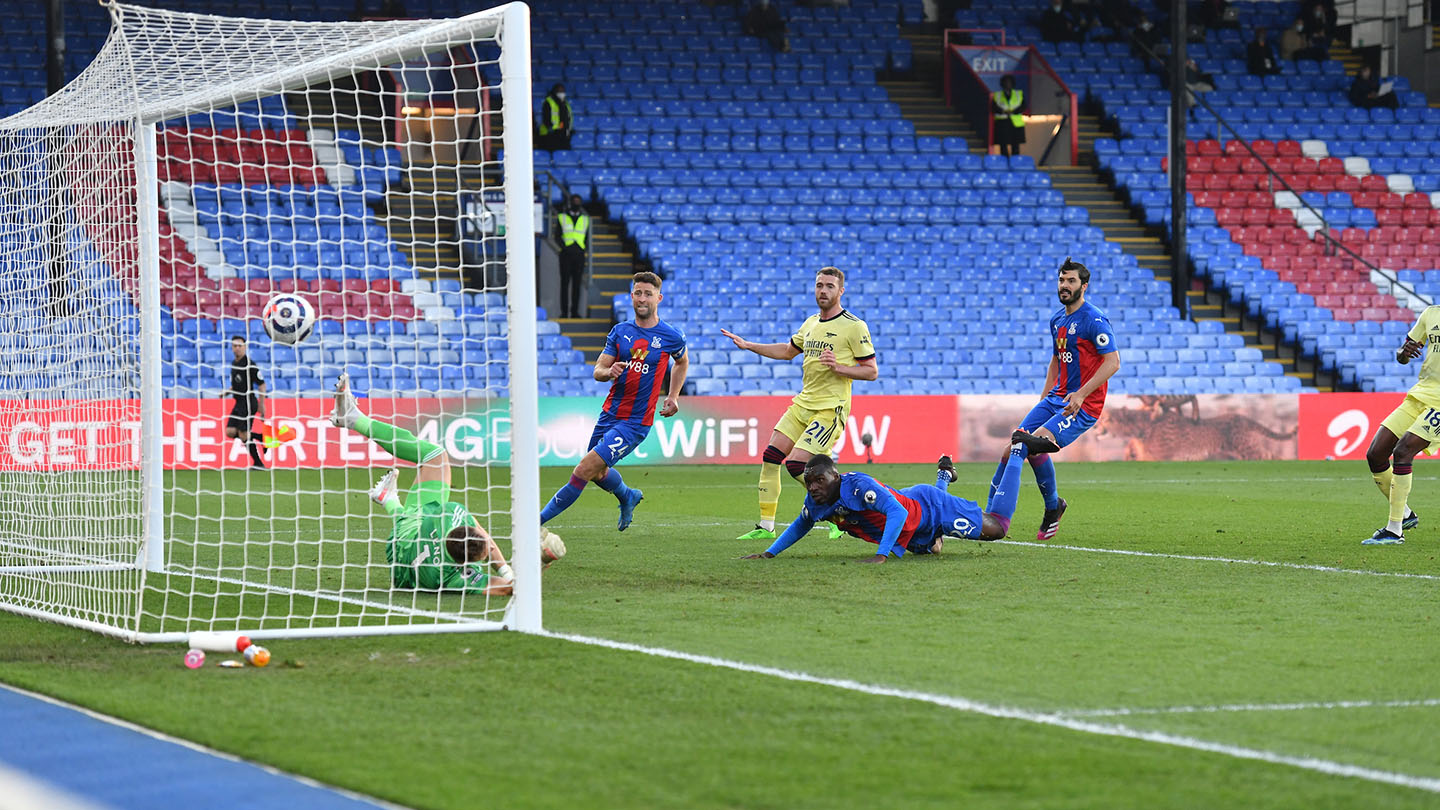 Soon, it had the desired effect, as Townsend’s sumptuous free-kick was nodded home by a stooping Benteke. Selhurst Park exploded, and Benteke wheeled away to celebrate with the supporters who had waited so long to experience such a moment again.

Now in the ascendancy, the red and blue shirts poured forwards. Benteke tested Leno again with a close range effort which the German was forced to rush out and smother, while a stunning piece of control from Zaha opened up the Arsenal defence, before his shot was blocked.

Despite the reduced crowd size, the full force of Selhurst Park was pushing Palace forwards, as chants of “Roy Hodgson, he’s one of our own” were belted into the dusky south London sky. 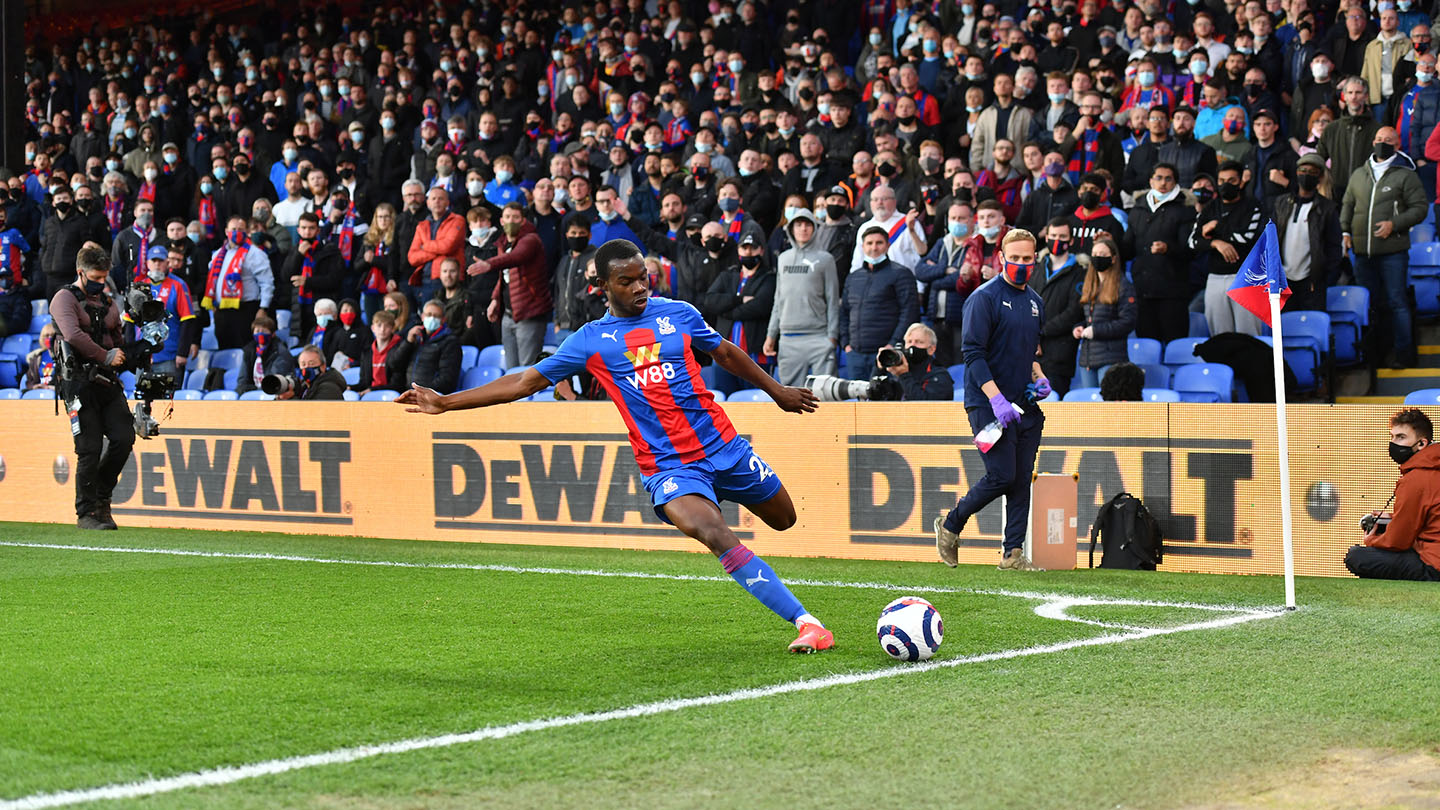 But in the first minute of stoppage time, Arsenal delivered the suckerpunch that Palace's attacking endeavour in the second-half hardly deserved. Stooping to meet a low cross into the area, the ball bounced off the midriff of Gabriel Martinelli and looped over Guaita to nestle in the back of the net.

Minutes later, Pepe added a third from close range to give the scoreline a harsh look for the hosts, meaning it wasn't to be on a night where the result told only half the story, and it was Arsenal who emerged victorious.

READ NEXT: Vote for your eToro Man of the Match from Palace v Arsenal