Crystal Palace were on the receiving end of a ruthless Liverpool performance on Merseyside tonight, and have added concerns over talisman Wilfried Zaha who limped off early on.

Liverpool’s famous anthem You’ll Never Walk Alone reverberated through the tannoy around an empty Anfield stadium on a gloriously balmy evening on Merseyside, before both sets of players took the knee in yet another powerful show of support behind the Black Lives Matter movement.

Within the first minute, former Red Mamadou Sakho was put under pressure from Roberto Firmino, but the Frenchman evaded the threat in typical fashion on the edge of the Palace box, before James McCarthy put in a crunching challenge on Andrew Robertson.

Hennessey’s first touch of the ball in a competitive match since January came on six minutes, when a hopeful Virgil van Dijk ball was overcooked as it soared over Salah’s head. Gini Wijnaldum fluffed a glorious chance after a chaotic moment in the Palace box culminating in a mistimed Andros Townsend clearance, with the Dutch midfielder gifted a half-volley that he scuffed wide of Hennessey’s right post from six-yards out. Liverpool captain Jordan Henderson then blasted over from a similar distance, soaring into the upper tier of the Anfield Road End.

The visitors were dealt a bitter blow on 14 minutes as talisman Wilfried Zaha was replaced by Max Meyer, the Ivorian limping gingerly and forlornly to the sidelines. 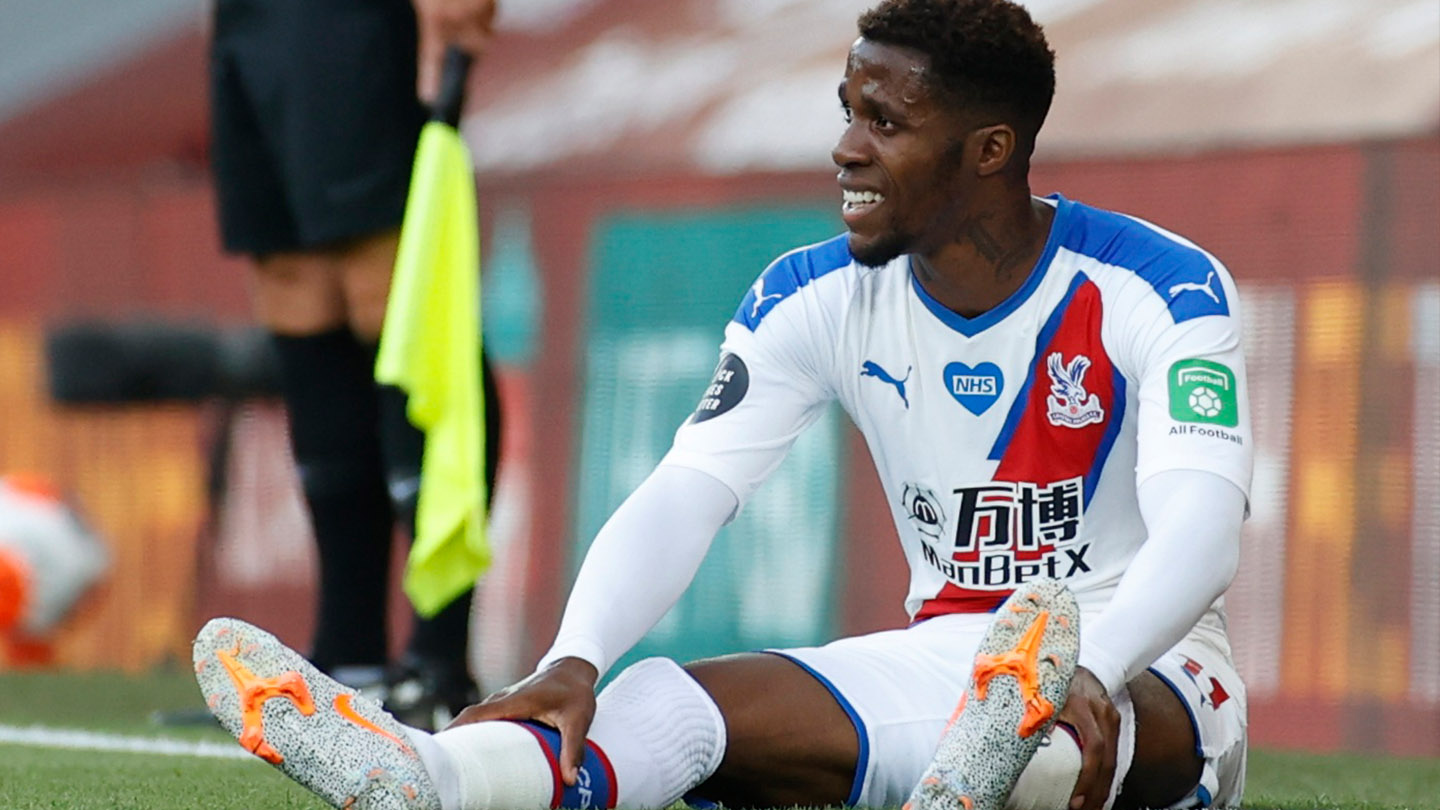 James McArthur tried his luck from 25-yards in a rare move forward for the visitors, but the ball sailed into the Kop, which was adorned with flags.

Palace defenders protested a free-kick given against Jordan Ayew as Van Dijk was felled, and up stepped Trent Alexander-Arnold with the sweetest of strikes into the top corner to send Liverpool ahead.

Henderson struck the post soon after, and Ayew was then harshly adjudged to have fouled Fabinho, leaving the hosts with a mirror image opportunity of their earlier goal. Fabinho, however, did not follow in the footsteps of Alexander-Arnold, as his strike sailed harmlessly over Hennessey’s bar.

With ten minutes to go in the 45, and Palace camped in their own half as they had been for the majority of the period – Wijnaldum again struck wide of Hennessey’s post. The Welsh stopper was at the centre of the action once more after racing out of his box to head the ball away, leaving Salah with the chance of a lob from distance. Thankfully for Palace, his sights were off.

Max Meyer sparked into life as he manoeuvred into space, and struck sweetly but wide of Alisson’s post from the edge of the box. But on the stoke of half-time, Fabinho’s chipped ball landed in the path of Salah who made no mistake to coolly send Liverpool two up at the break. 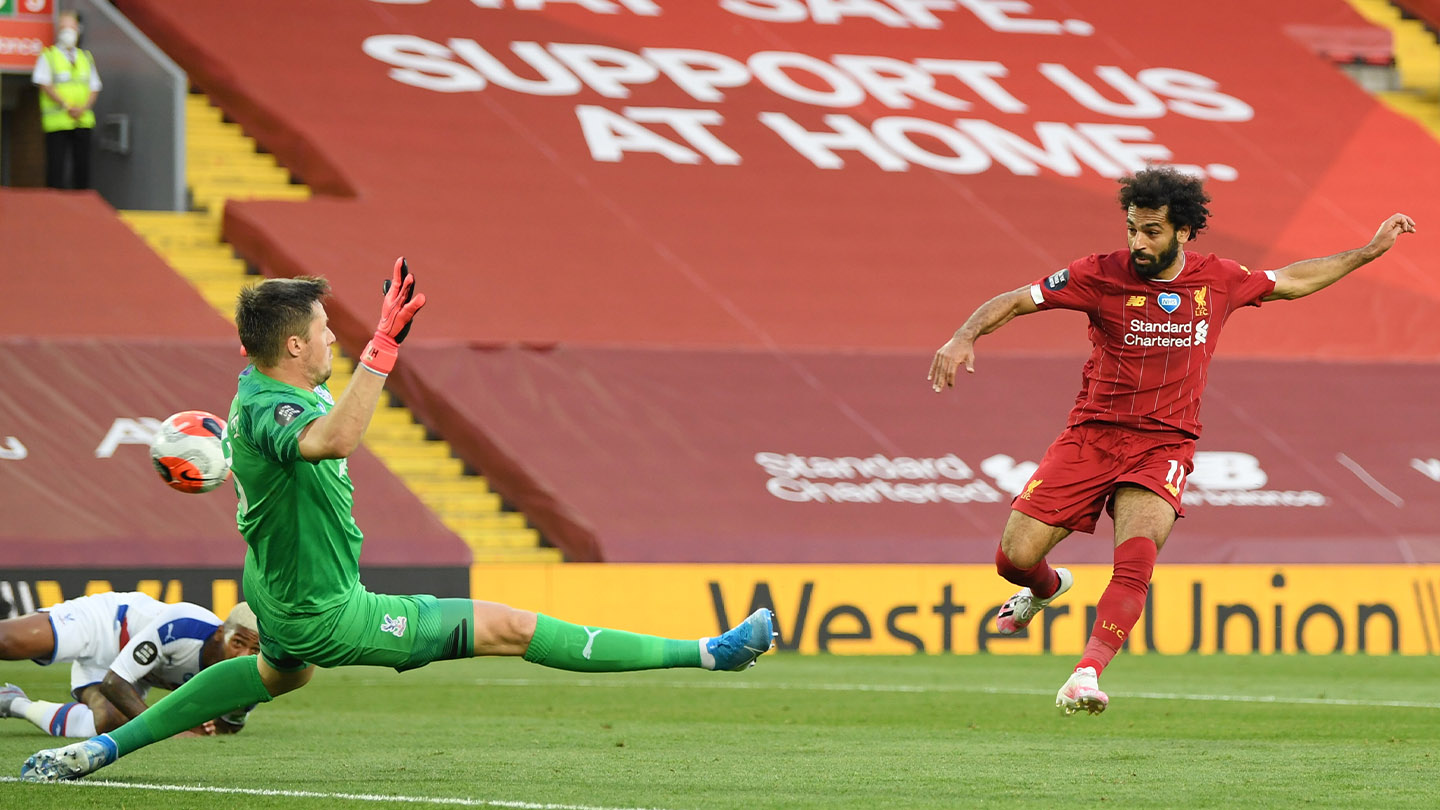 Within seconds of the restart, Andrew Robertson flashed a ball across the Palace six-yard box as Sakho tentatively stuck out a boot before thinking better of it, but Salah couldn’t stretch for the tap-in.

Fabinho’s thunderbolt from 30-yards effectively put the game out of reach for Palace, as the host’s pressure on Palace’s box showed no signs of relenting. Sadio Mane would pile on the misery for the South Londoners with twenty minutes left to play, after an exquisite through-ball from Salah. 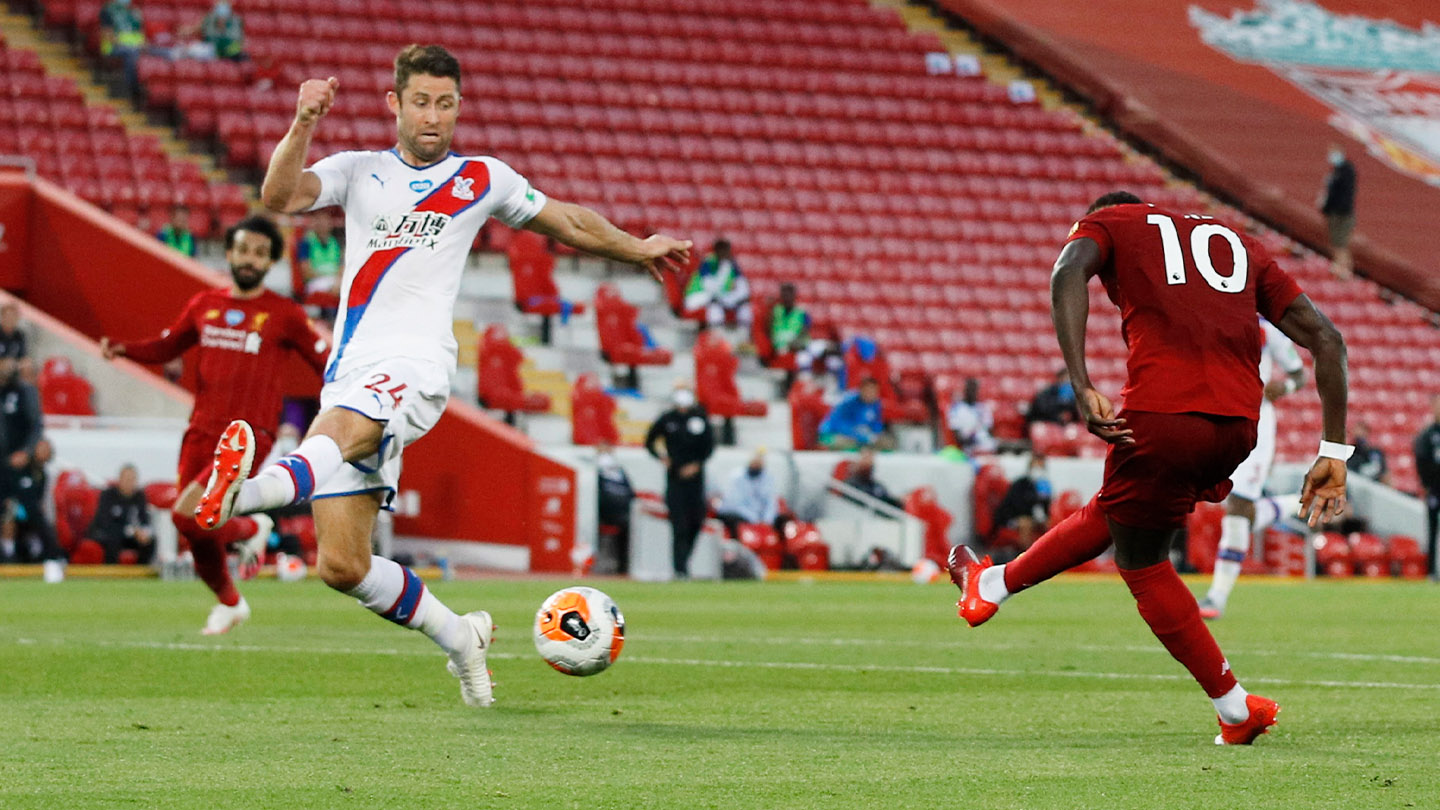 Both sides took the opportunity to make wholesale changes, as Liverpool continued to press for more. Two smart saves from Hennessey and another block from Sakho would limit further damage.

For Liverpool, the champagne is on ice as the 30-year wait for the title is unquestionably almost over; whilst Palace will lick their wounds and refocus on top-half ambitions.