In a clash almost as tight as the gap between Newcastle United and Crystal Palace at 3 o'clock this afternoon, the Eagles stole three points to earn a clear and encouraging 11 points between themselves and the foot of the Premier League table.

It came with a win in truly trademark fashion as the south Londoners, away from home, broke against an offensive side to earn a penalty through Wilfried Zaha which, naturally, Luka Milivojevic converted.

If it were ever possible to write a script for a Crystal Palace win, today's is precisely how it would read.

But it was a match more complex than the déjà vu would suggest, with both sides having goals ruled out for offside under the glaring lights of St James' Park.

Palace opened affairs by bringing the game to the hosts and were unlucky not to go a goal up within two minutes of kicking off as Michy Batshuayi held the ball up for Zaha who rolled it into Jeffrey Schlupp, the Ghanaian managing only to un-nerve the watching home crowd rather than set the onlooking south Londoners into early raptures.

Pushing back against Palace's initial pressure, Newcastle began to squander gilt-edged chances in and around the Eagles' suddenly crowded box. Perhaps clearest of these fell to Matt Ritchie, who was perfectly placed to volley from a short Vicente Guaita punch, but Martin Kelly was on hand to clip the ball away from goal and out of play. 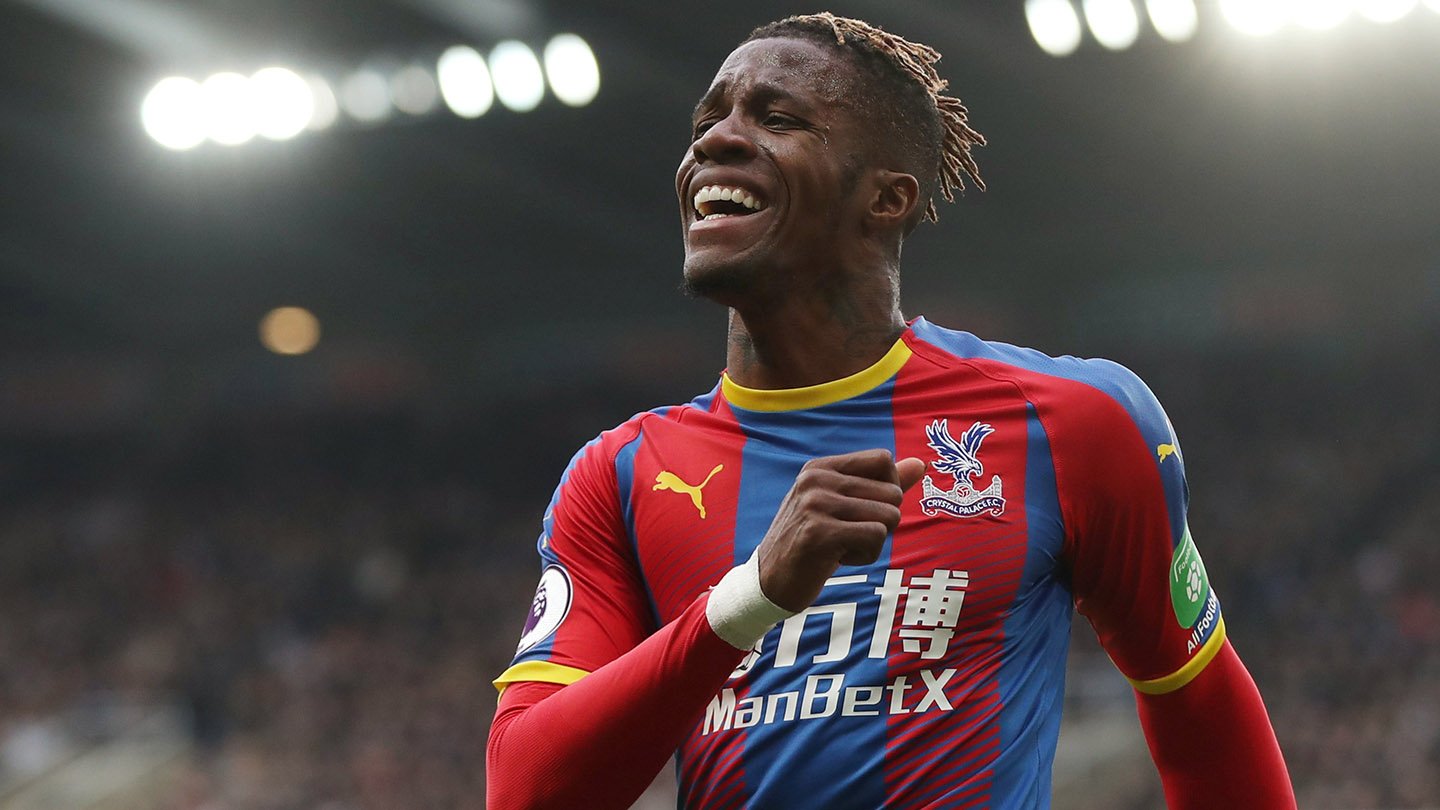 Next up, Fabian Schar tried his luck but blazed over wildly and then, barely minutes later, Salomon Rondon set the Palace net bulging from within, however his poacher's goal from close-range was adjudged to have been offside and so the brief - if energised - Geordie celebrations were cut short abruptly.

Guaita was called into instinctive action shortly after to deny Ritchie at the near post as Palace just about weathered the home side's alarming onslaught.

The offside flag was again set rippling in the chilled northern breeze, but this time for the visiting Batshuayi who, on the end of a floating cross close to goal, was just a step ahead of the Magpies' backline, though Dubravka was able to smartly deny his illegal effort regardless. 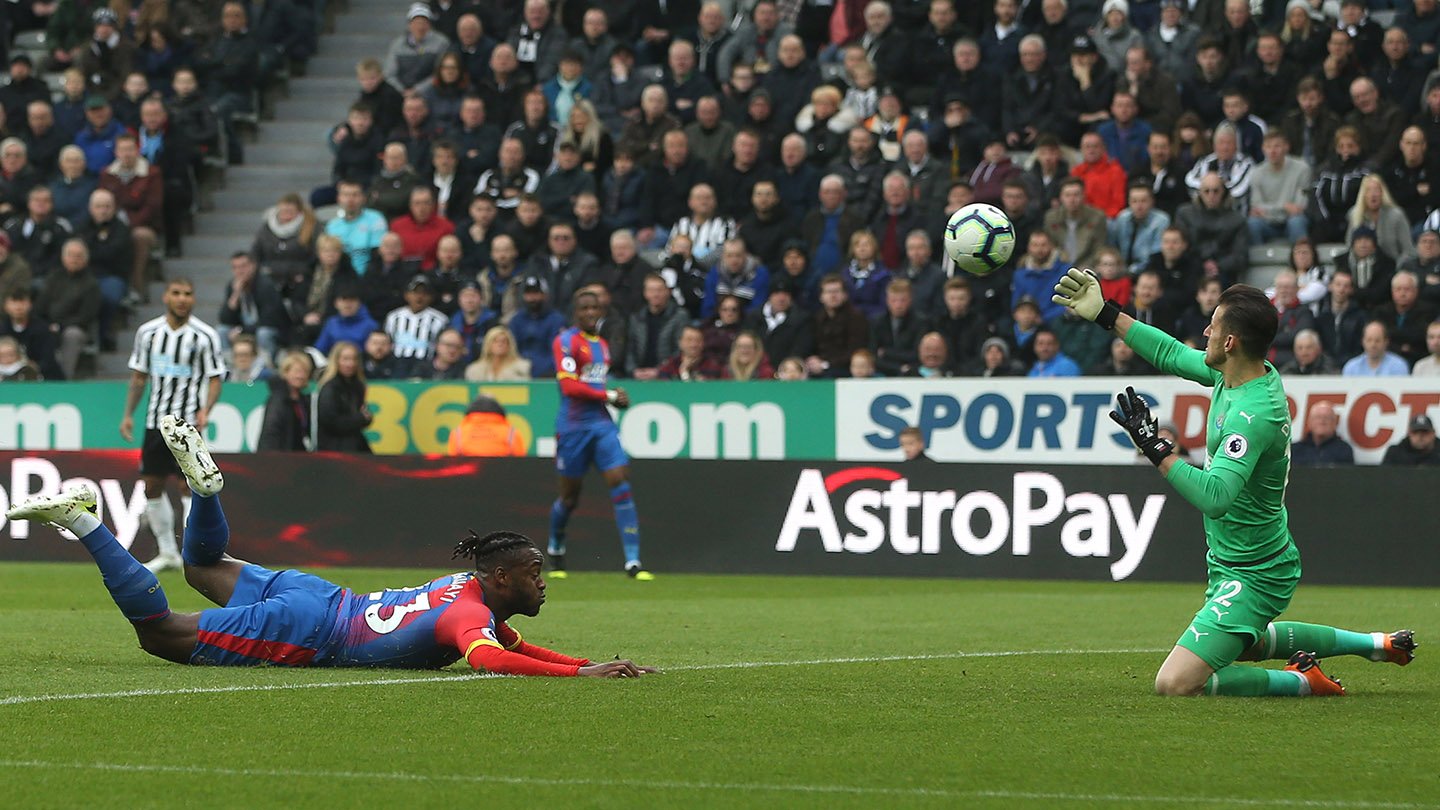 In a moment that epitomised Newcastle's early frustrations, Rondon then headed over with the first half's clearest chance as he jumped barely six yards from Guaita with only the Spaniard and his own inaccuracy to overcome.

Again, from close range, Rondon was left cursing his luck as he caught the ball at his feet, killed the fizzing pass almost too suddenly and then struggled to lift the shot from his boot. The resulting effort was a snatched attempt that Guaita palmed to the ever-reliable Aaron Wan-Bissaka.

For the second time of the afternoon's first half, an effort would be ruled out for offside but, as with Batshuayi's near-goal, this time it was against Palace.

James Tomkins made his presence known from an inswinging corner but with James McArthur standing in front of Dubravka, Stuart Atwell silenced visiting roars after deliberation with his assistant on the near side.

Going into half time, then, the scoreboard would remain unmarked. 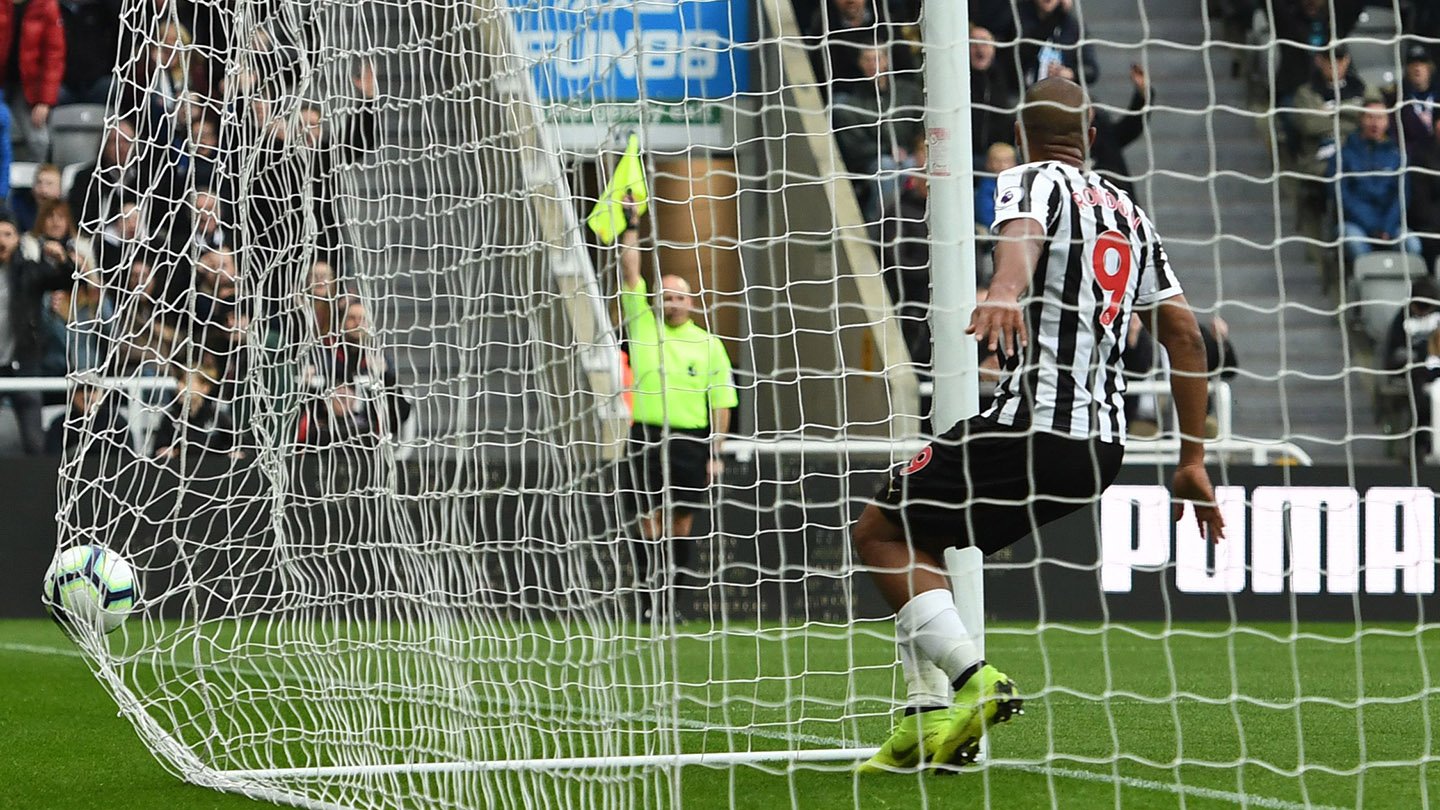 That equilibrium was threatened immediately as the second half opened, however, when Wilfried Zaha cannoned a ball into the box which ricocheted off the almost unsuspecting head of Schlupp and close to the inside of Dubravka's woodwork as it whistled out of play.

Though it wasn't only the Eagles who were made to hold their breath as the second spell of play kicked into gear, and Newcastle fans were sent into a premature gasp of celebration when Guaita clutched Florian Lejuene's header into his engulfing mid-drift close to his goal line.

Those in the stands sporting black and white were set sharply inhaling again when DeAndre Yedlin unleashed a finely caught strike at goal which bent just around Guaita's far post with the Palace shot-stopper well beaten.

Throughout the match, Wan-Bissaka went a long way to keeping the Palace goal guarded but came to his side's rescue most emphatically when Rondon chested down in the box and, before rifling home from close range, the Eagles' magnificent right-back plucked the ball from his boot and sent it soaring into the ether. 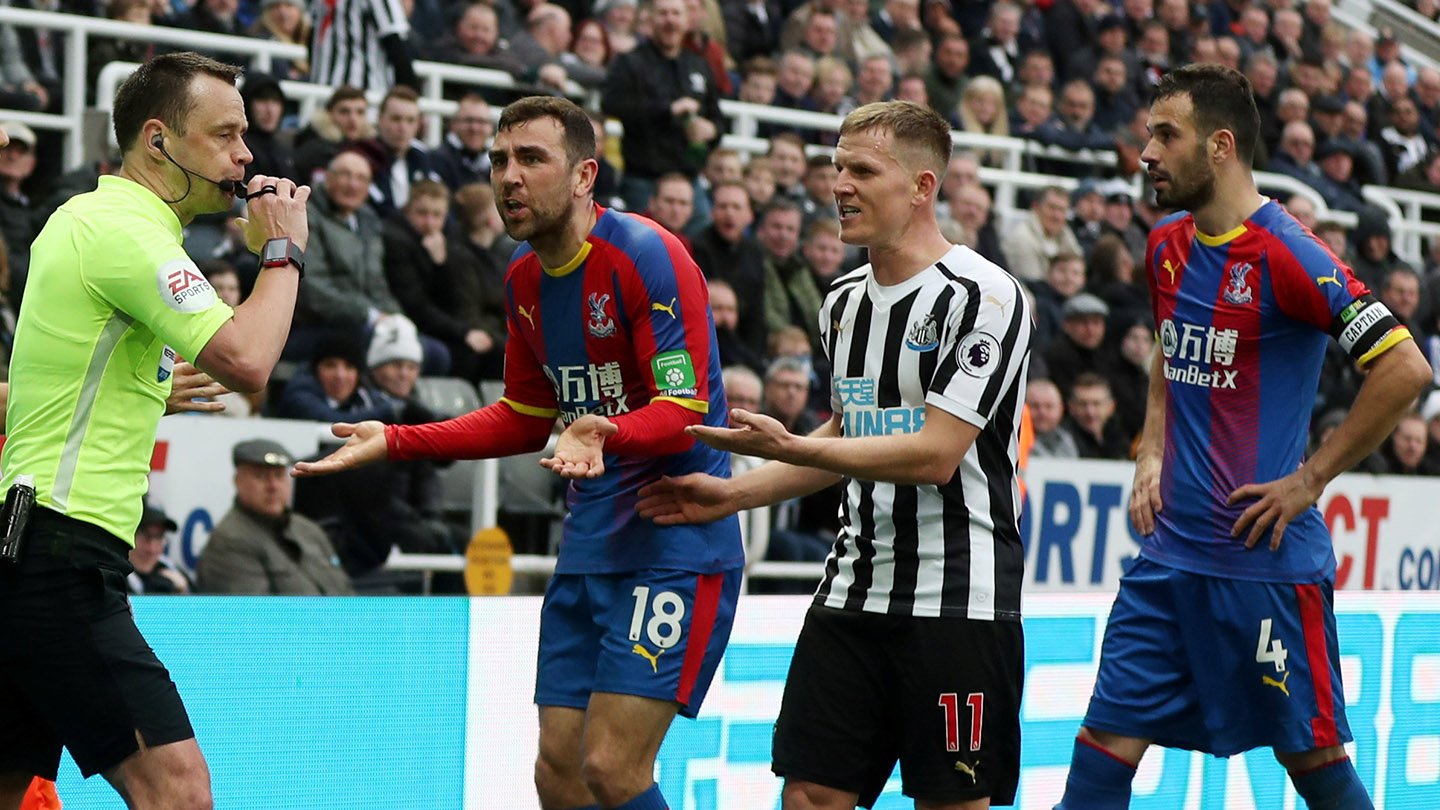 With the game growing tenser and nervier, both teams left themselves exposed and, on another day, goals would have flown in long before the 80th minute.

But it was on that moment, with just 10 minutes of normal time remaining, that Palace finally broke the deadlock. After an imperious Wan-Bissaka challenge, substitute Christian Benteke threaded the ball to Zaha who, head down, burst in trademark fashion toward the Newcastle box.

Unable to deal with his driving pace, Yedlin brought the Ivorian winger down and, without hesitation, Atwell pointed to the spot. With Milivojevic on the pitch, the action effectively awarded a conversion and, as he does so well, the Serbian struck home from 12 yards as is his speciality.

And with that kick the game was won. Despite seven minutes of added time gifting the Magpies a chance to equalise, the Eagles held on to fly higher up the table after a determined, gritty performance that earned them three well deserved points to take back to the heart of south London.

For full post-match reaction, make sure to keep an eye on Palace TV by clicking here on desktop or on 'Palace TV' in your official app.