Crystal Palace lost out to Sheffield United at Selhurst Park, with an unfortunate Vicente Guaita own goal ending up as the only goal of the game. 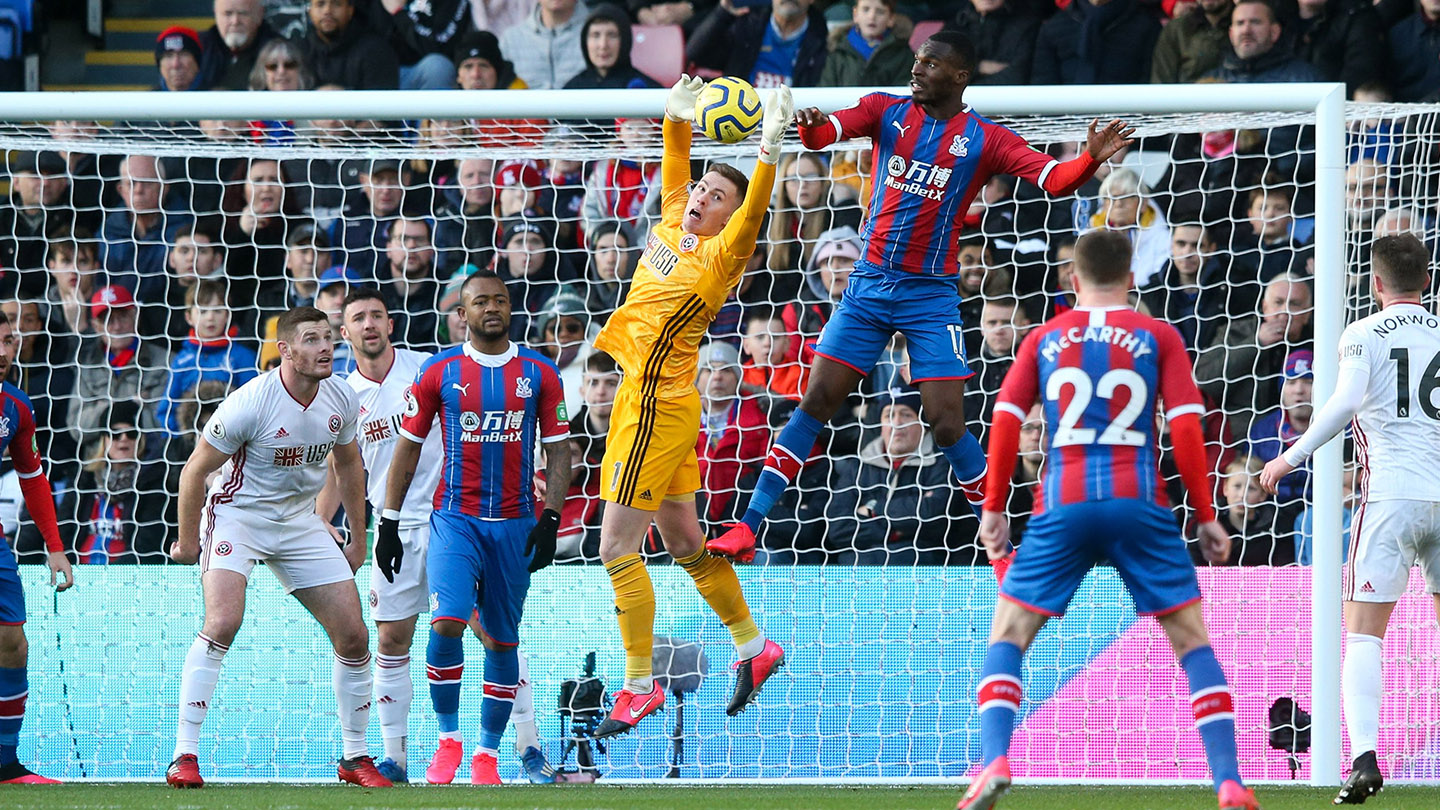 Crystal Palace started positively, with a real sense of zip and purpose in their play, epitomised by the fact it took just 18 minutes for a Sheffield United player to find themselves cautioned as a result of being continually tormented by Wilfried Zaha.

George Baldock was the culprit, with Palace’s winger clearly having the bit between his teeth down the left-flank, linking up well on several occasions with the returning Patrick van Aanholt.

Palace’s dominance of the opening exchanges eventually brought about their first proper chance, courtesy of Benteke smashing into the side netting after a driving run at the heart of the Blades’ defence from Jordan Ayew set his strike partner away. 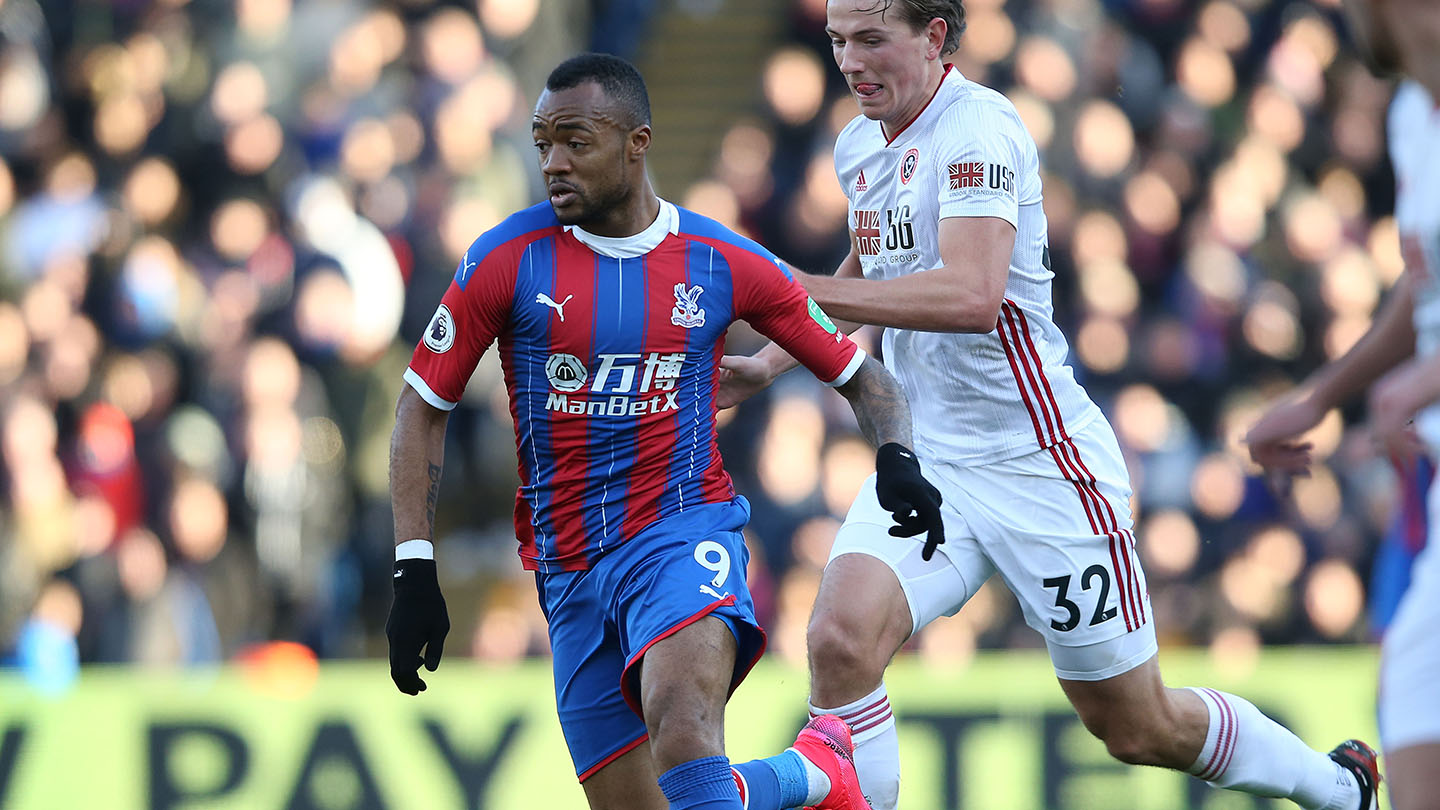 The two almost linked up again, just a couple of minutes before half-time, with Zaha sending Ayew down the left-wing, with the striker sending a first-time cross flashing across the six-yard box, narrowly missing the studs of the stretching Benteke.

Palace picked up where they left off and started the second-half in the ascendancy. Zaha clipped a ball from left to right, taking out the three retreating Sheffield United defenders to find Benteke.

Benteke cut inside to make space for himself 20-yards from goal, however, although on target, the striker’s effort lacked the required pace to truly test Henderson, who saved comfortably to his left. 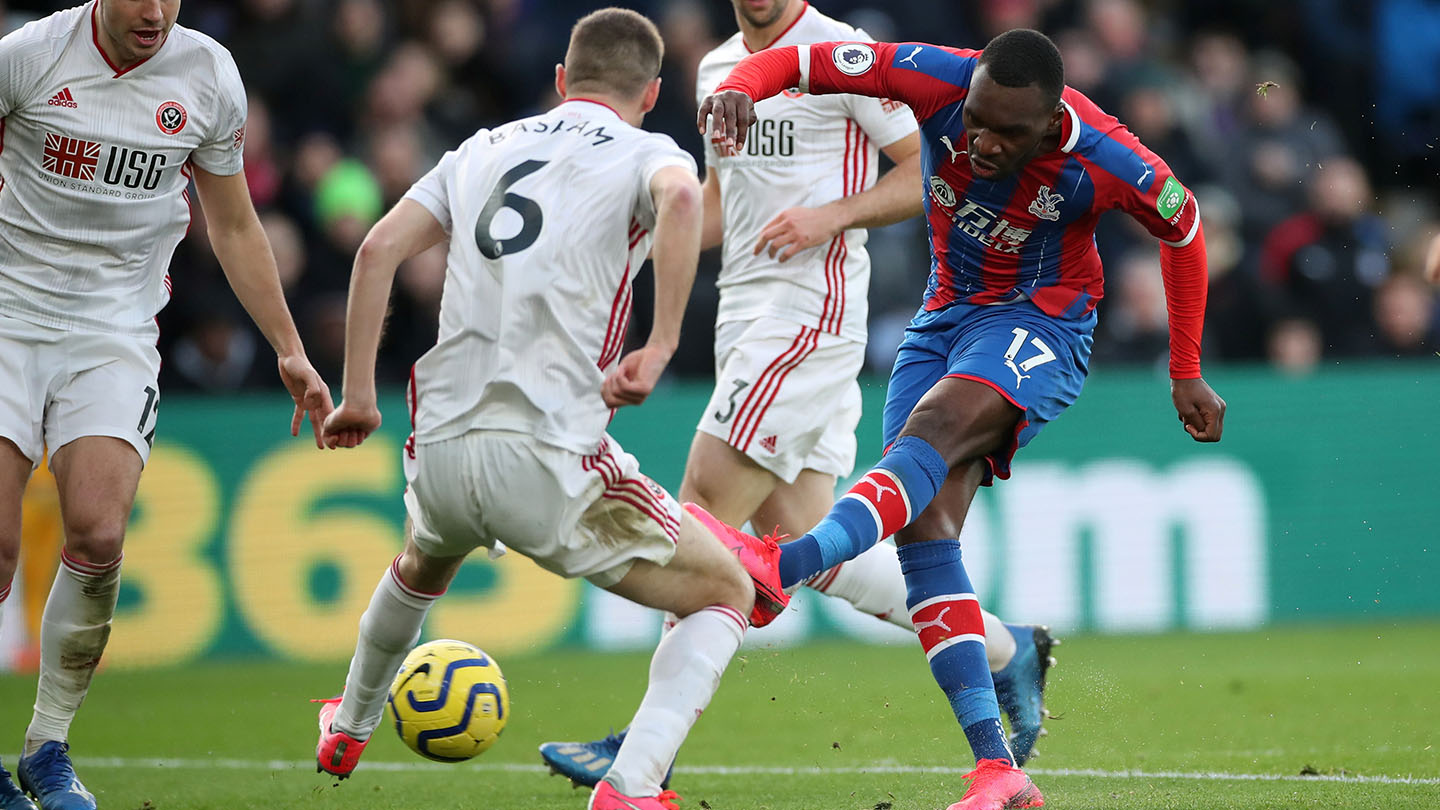 Sheffield United hadn’t really been in the game in the final third, which meant when they took the lead from a corner in the 58th minute, it was a bitter pill for the Eagles to swallow.

An Oliver Norwood corner was comfortably collected by Guaita under his crossbar, however, the Spaniard fell behind the goal line in an unfortunate and uncharacteristic error from the ‘keeper. 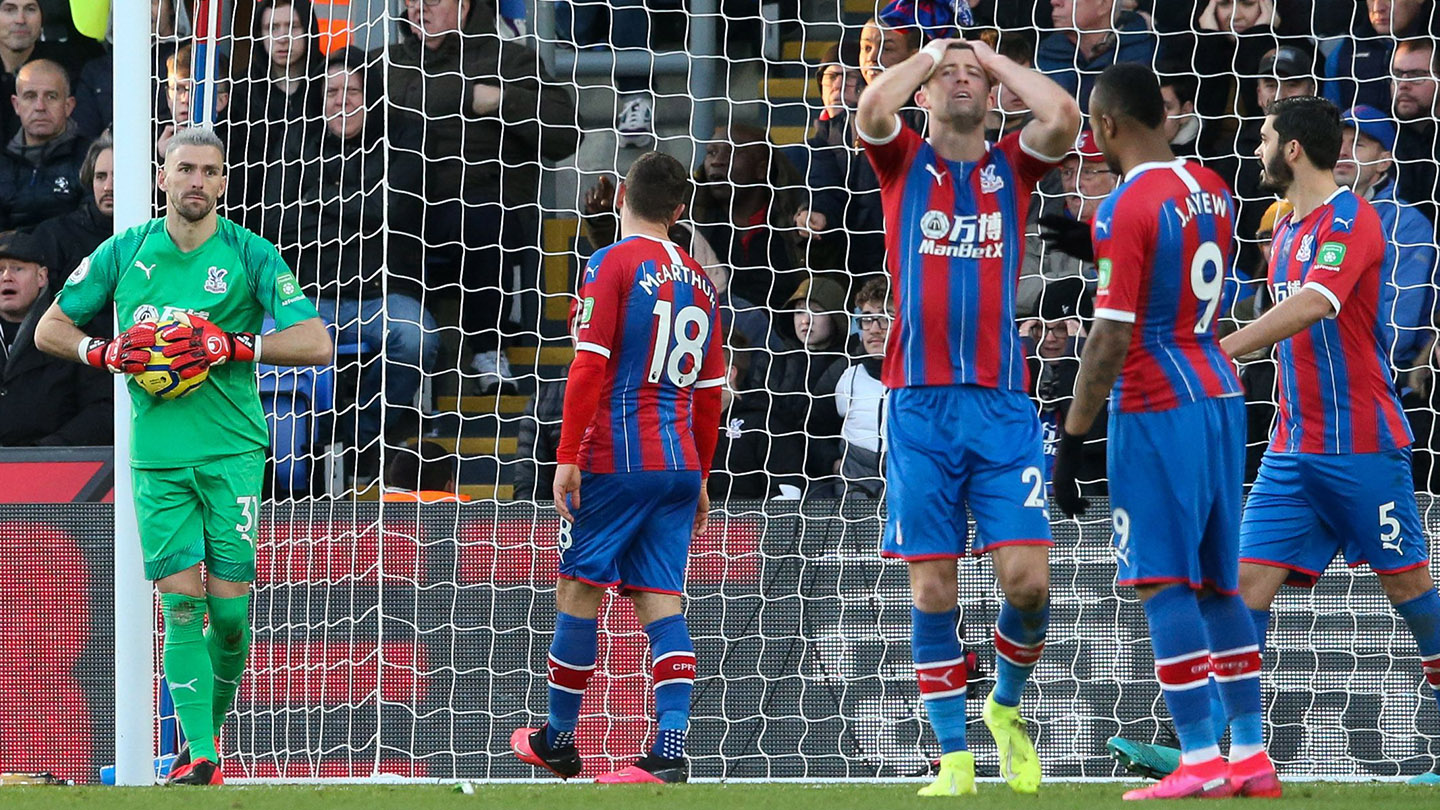 Two minutes later, though, Guaita was back to his usual imperious self with an excellent stretching save to his top left corner to tip Norwood’s free-kick over.

Palace responded to going behind and the Blades getting their tails up with Zaha’s trickery in the box picking out James McArthur rushing into the box, with the midfielder’s powerful effort parried well by Henderson.

Another chance went begging for Palace when James Tomkins looked certain to head home McArthur’s cross, after sneaking into the box behind John Lundstram. However, the centre-back’s header went narrowly wide on 71 minutes.

On 73 minutes Palace were reduced to 10-men with Joel Ward adjudged to have been over the top in his challenge on Enda Stevens. However, VAR advised the referee to check the pitchside monitor and Ward’s sending off was rescinded and a yellow was awarded. 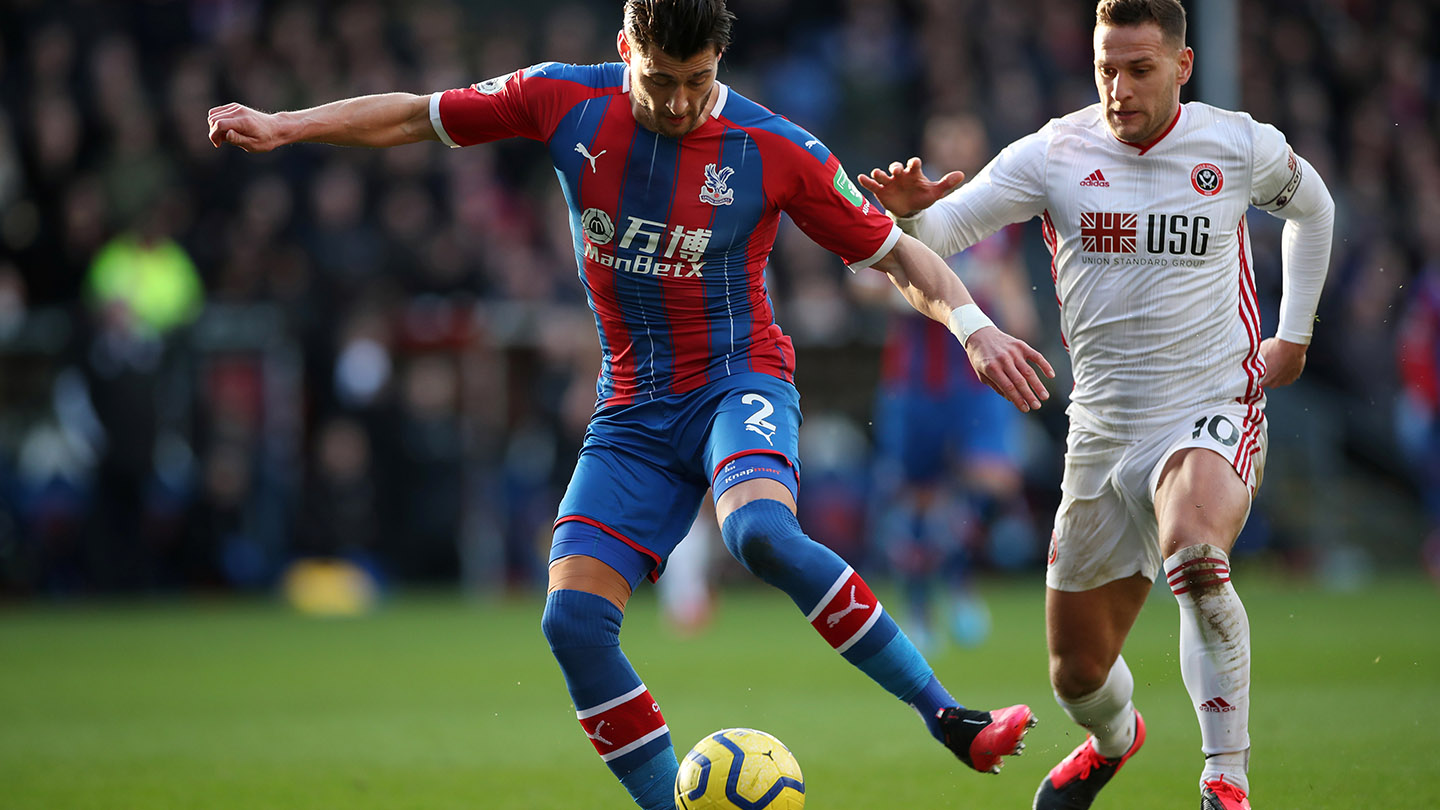 A welcome return for Andros Townsend arrived in the final 15 minutes, with Benteke making way and Ayew becoming the focal point up top. Townsend’s entrance was followed by Max Meyer’s introduction, coming in for James McCarthy, as the Eagles pushed for something from a game they thoroughly deserved at least a point from. However, Palace's probing and pressing couldn't produce the needed equaliser and the Blades took all three points back to Sheffield.