A Crystal Palace squad which handed minutes to a range of Development talents extended their run of pre-season fixtures this evening as they lost 6-2 to an inspired Barnet side who found momentum after a late first-half surge.

Palace sent the Bees' net bulging through the boots of David Boateng and Connor Wickham early in the game but were undone by the home side's Mo Bettamer and Jack Barham when the pair bagged late in the opening 45 to menace a surprise comeback. David Totunda then gave Barnet the lead at the opening of the second half before earning their fourth to seemingly confirm victory for the Bees.

With Simeon Akinola later adding a fifth and a young trialist the sixth, the result would only fall one way and Palace were left to see out the final few minutes behind at the Hive stadium. 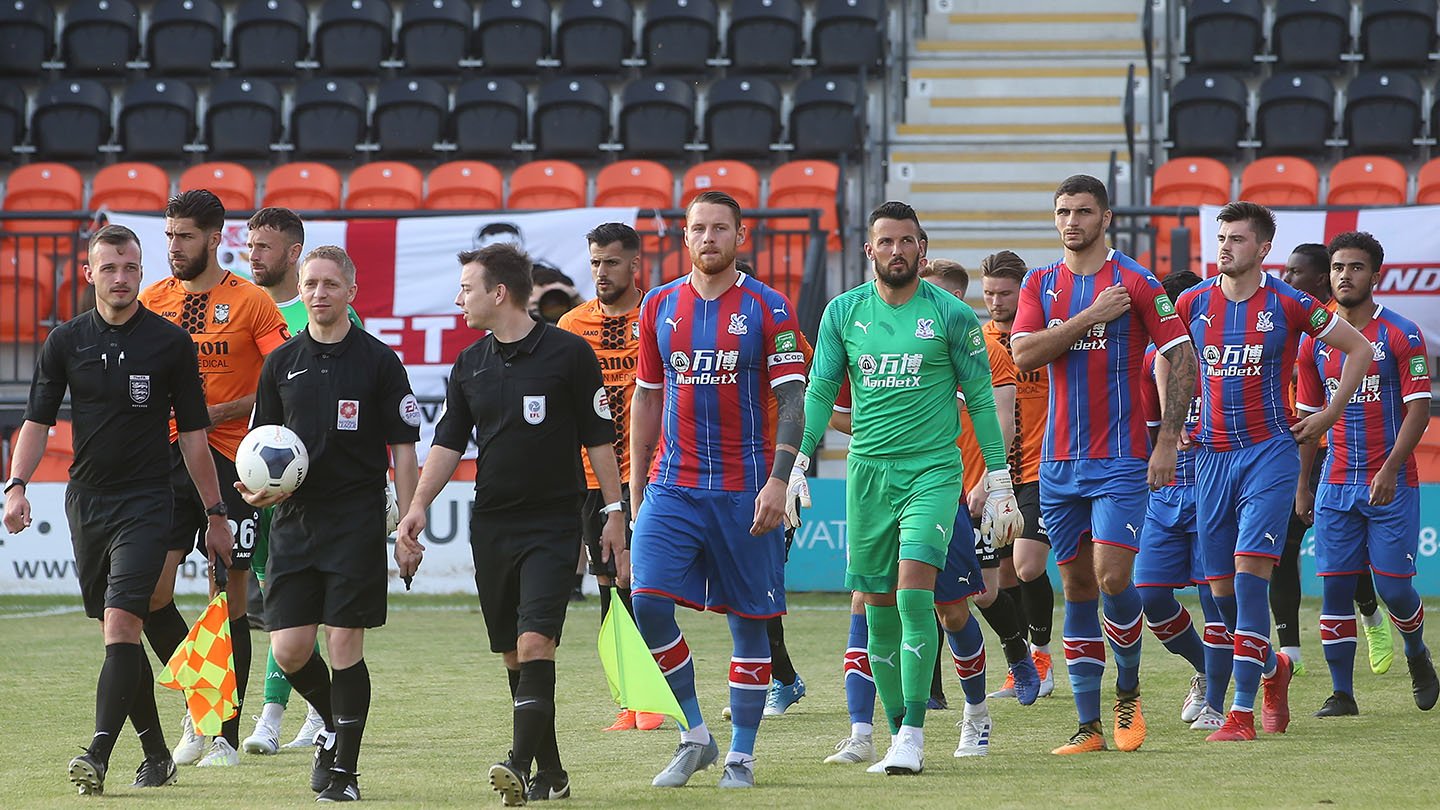 The Eagles were off to the strongest start they could have managed as they netted within three minutes of play commencing. Laid-off by frontman Alexander Sorloth, Boateng picked up the ball to the right of Scott Loach’s goal before touching his way ever nearer to the penalty area. Composed under the on-coming pressure of the Bees’ defence, the Development midfielder did well to strike home past Roach and open Palace’s account.

Reacting to Palace's initial dominance, Barnet then earned their first attempt at goal when Barham headed wide of debutant Stephen Henderson’s right post from a well-lofted Dan Sparkes cross. Looking to re-establish the visitor's superiority, Gio McGregor was denied by the instinctively out-struck glove of Loach, who raced to the edge of his box before meeting the young Palace midfielder’s close-range effort with conviction. 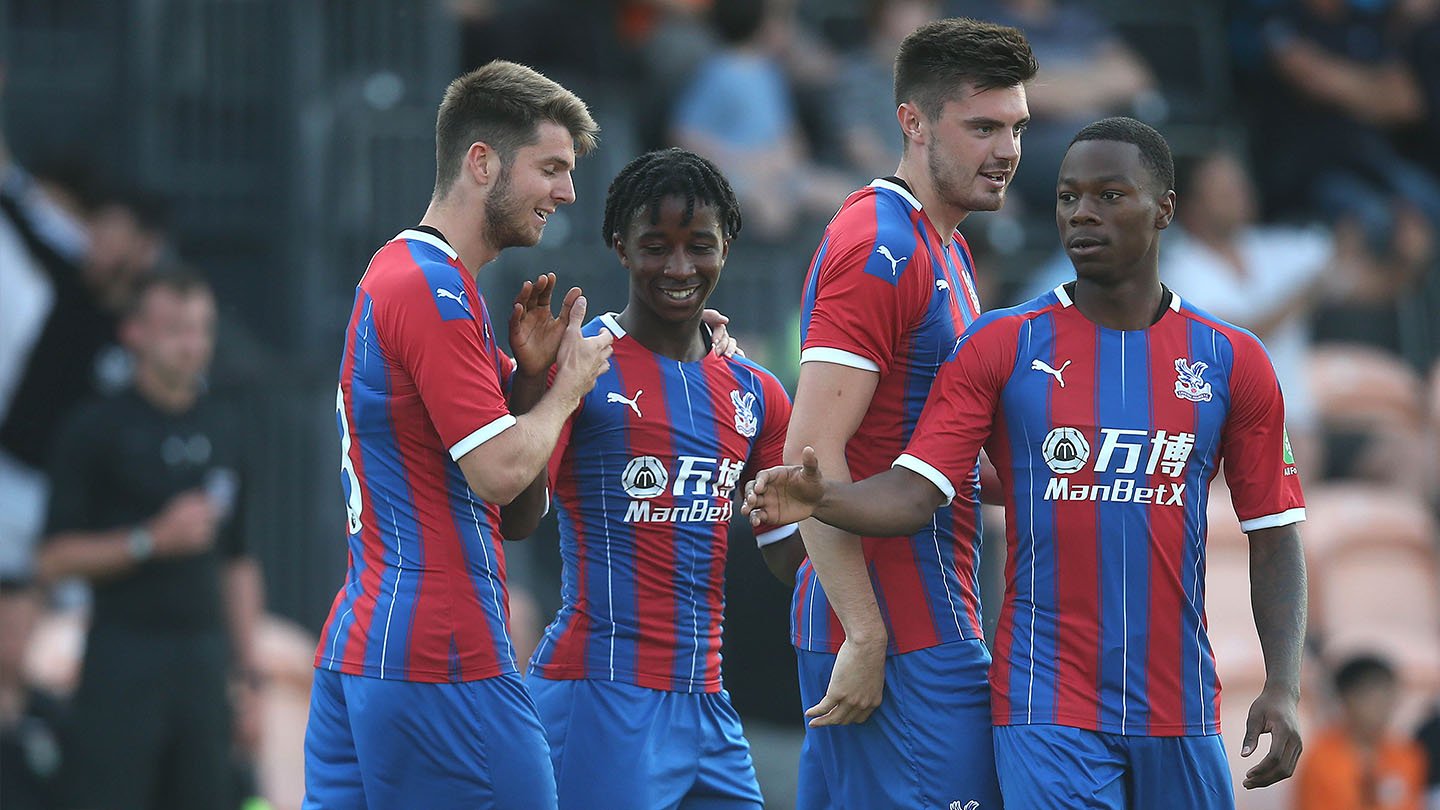 The threat of a Palace goal-fest cancelled out, Barnet began to find their rhythm and landed their first shot on target when Barham - adjusting from his earlier attempt - headed firmly into the arms of Henderson, the Palace team warned of his aerial presence.

The Eagles were handed a second warning and foreboding sign of things to come when Charlee Adams connected with an effort on the edge of their box which, were it not for the driving challenge of Luke Dreher, looked likely to trouble Henderson. But thanks to the young midfielder’s efforts, Palace’s Irish shot-stopper was left to deal with a bite lacking its venom.

Ultimately, however, the host’s pressure yielded results as Ephron Mason-Clark was sent tumbling in the box by centre-back Ryan Inniss. Conceding the penalty, Palace also conceded their first of the night as Bettamer buried a collected and powerful effort far into the recesses of Henderson’s goal. Despite the ‘keeper’s tantalisingly close paw, the ball nestled tight within the post to send the onlooking Barnet fans into celebration. 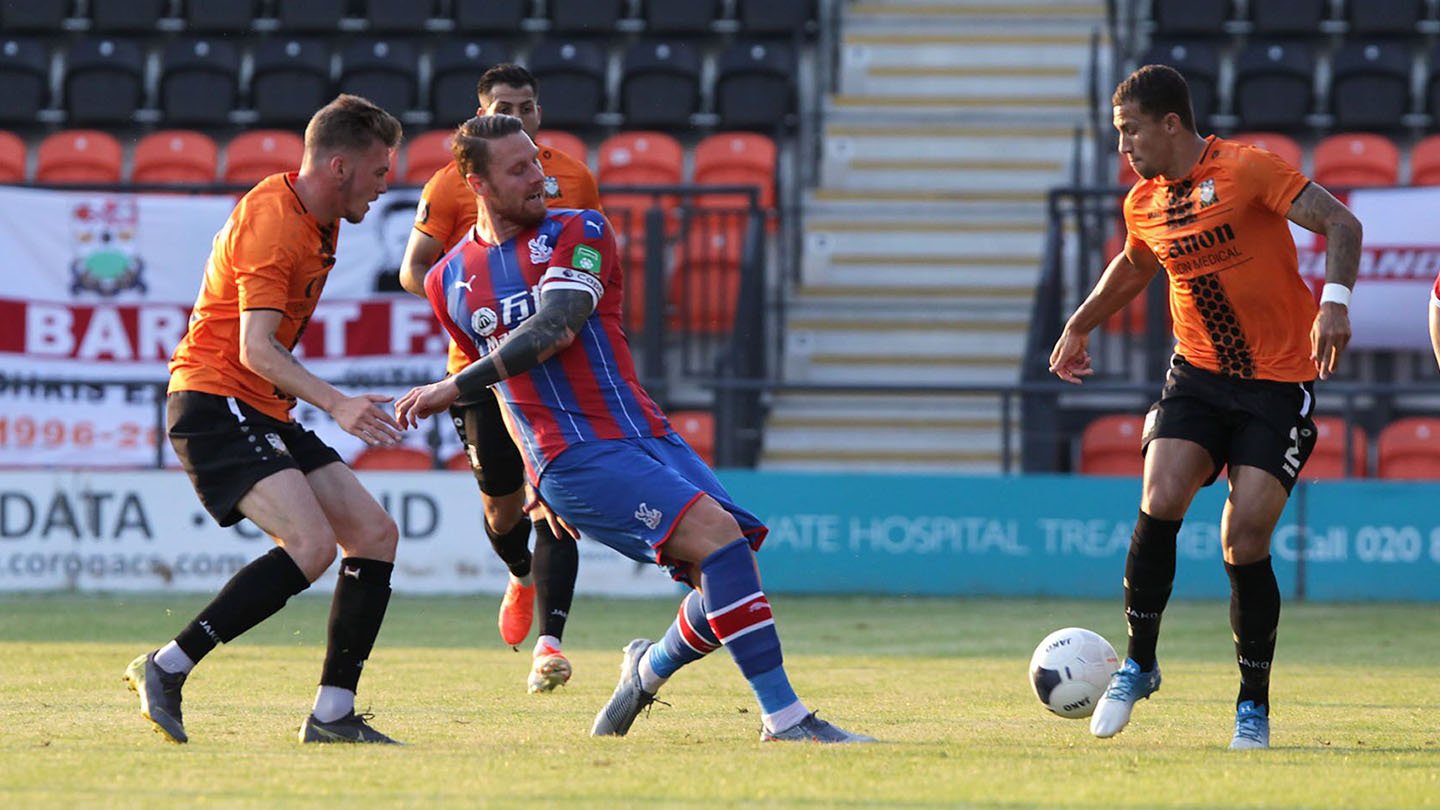 Before they’d had the chance to sit back down, the north London faithful were repeating their anthemic support moments later as goalscorer Bettamer did well to dance his way into space and unleash a ball low across the Palace box.

Stretching his leg from a handful of yards, Barham this time hit the target without his head and doubled Barnet’s tally barely a minute after it had first been notched on the scoreboard.

Coming out for the second half, the home side remained buoyed by their late resurgence in the first half and scored within two minutes of play re-commencing. Substitute Totunda was the third for the hosts to see his name hit the scoresheet as he jinked his way around the Palace defence and slotted home from a shallow angle.

With the wind in their sails, the fourth soon came for Barnet as a magnificently spotted through-ball from Andre Boucaud found fellow substitute Antonis Vasiliou. Squaring for Tutonda to double his haul in timely fashion, Vasiliou provided the simplest of tap-ins for his teammate.

Four then turned to five in a challenging evening for Palace when Darren Currie’s substitutions appeared inspired: Akinola being another man from the bench to net.

Joining potential future teammate and substitute Akinola, a talented-looking Barnet trialist rounded off the evening by netting the Bees’ sixth.