A City brace five minutes before the end of the first half was enough to secure three points for the champions at Selhurst Park.

The south London stadium was bathed in crisp autumnal sunshine as Luka Milivojevic led his Palace side onto the pitch, holding his son’s hand, alongside City counterpart David Silva and his reigning champions.  Together, they conducted the pre-match commitments, today highlighting the Premier League’s timely No Room for Racism campaign.

The Holmesdale was in full voice, unveiling a vast banner to herald Joel Ward’s contribution to the club - having clocked up 200 league appearances for the Eagles last time out. Beneath the homage to the veteran full-back, an additional banner read: "One club, together in battle". 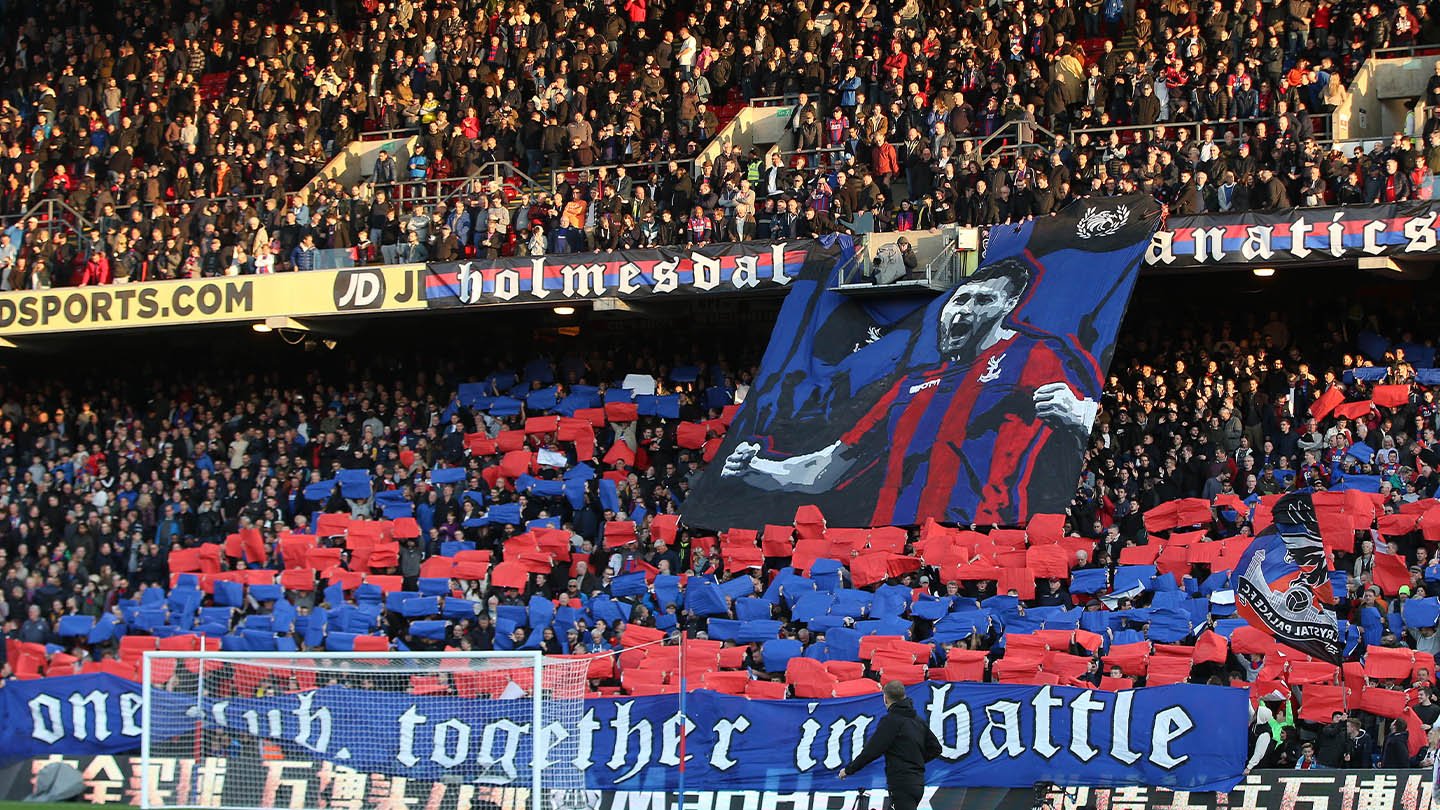 The first thirty minutes was spent with the home side camped largely in their Holmesdale half, as City - dressed in an almost luminous yellow and orange kit - relentlessly swarmed the Palace goalmouth with cross after cross from chief protagonist De Bruyne down the right flank, targeting Gabriel Jesus. Wayne Hennessey – deputising for the injured Vicente Guaita - kept them at bay, pawing away several dangerous balls threatening his six-yard box.

Fresh from serving a one-match suspension, Palace captain Milivojevic went into the referee’s book in the 12th minute for a late challenge on Jesus, as Palace’s midfield struggled to contain City’s roaming forwards.

Chances for the home side were limited to two long range free kicks– a Van Aanholt dink into the box, and a Milivojevic strike - neither of which reached Ederson.

But the damage was done in a flash. City stung twice in as many minutes, with six minutes left to play in the first half. Jesus’ diving header went in off the post, from a perfectly flighed Bernardo Silva cross. Ninety-three seconds later, David Silva coolly volleyed the ball, connecting to a delightful Raheem Sterling chip into the box. Selhurst in shock. 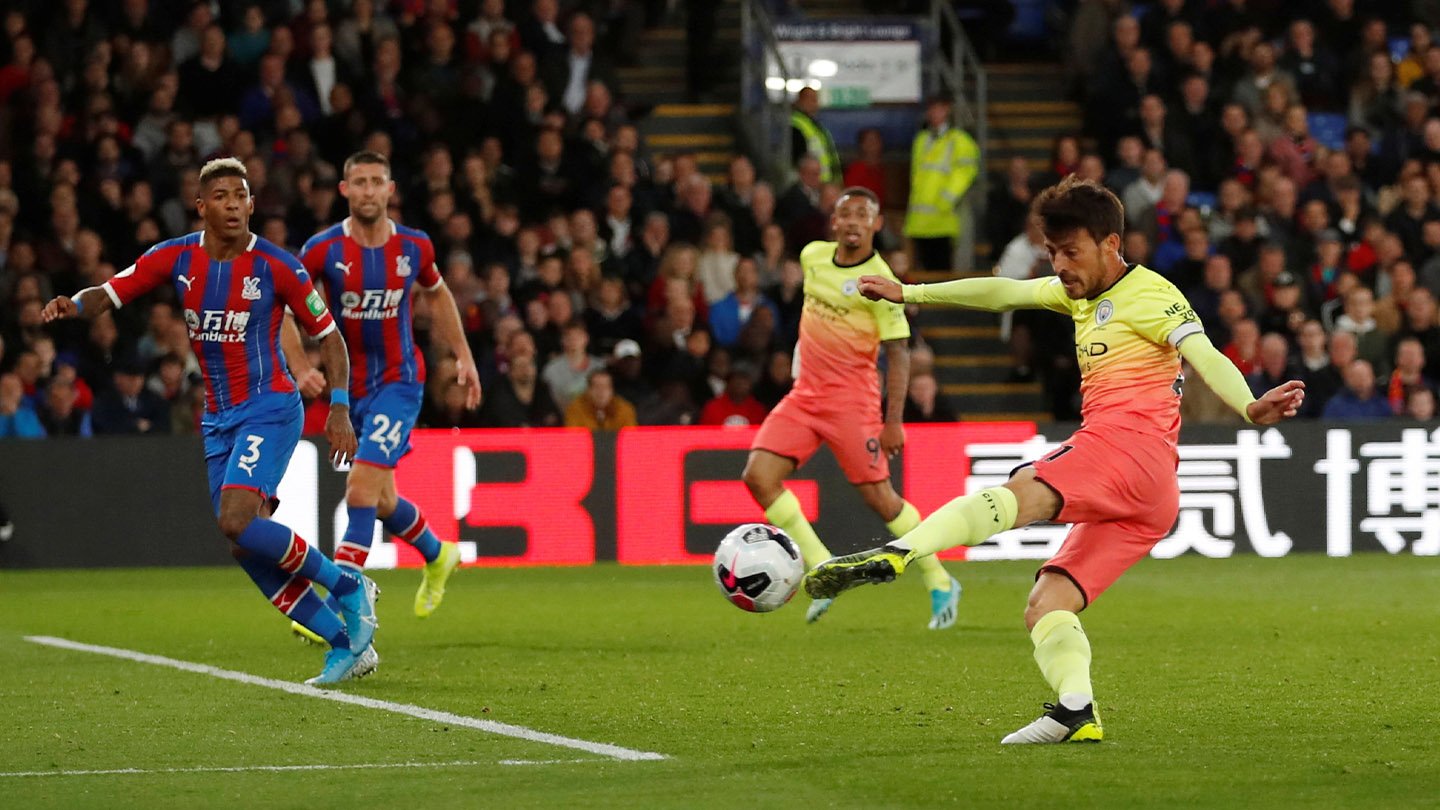 Tensions were raised early after the break as Ward and Sterling were involved in an uncharacteristic exchange of words and shoves, with the latter receiving a yellow.

Then, Kouyate’s strike over Ederson’s bar from distance, after a neat one-two with James McCarthur, lifted spirits in the stands.

Sterling soon rattled the woodwork from sixteen yards, and came close again moments later. With a third of the game left, a penalty claim from De Bruyne against Zaha was waved away by the referee, and ratified by a VAR check.

Hennessey made two fine saves from fizzing strikes from Jesus and Bernardo Silva. With the game at risk of slipping away, Palace began piling on the pressure with 15 minutes left, with Van Aanholt instrumental in several chances for the home side over a relentless four minute spell. First a cross from the left-back was nearly met by an advancing McCarthur, but Ederson did well to punch clear. Then, the Dutchman swung in a pinpoint corner which was met by the powerful head of Benteke, who had been introduced seconds before. The Belgian’s towering header was deflected onto the bar from Ederson, in what felt like a crucial moment to potentially swing the game back into life.

It was not to be, as City once again struck the woodwork – this time, from the glancing head of De Bruyne. Zaha went close in the dying minutes, but Ederson was impassable.

Despite Palace's significant improvement in the second-half, City leave London fully deserving of the three points.