A frustrating afternoon saw Crystal Palace fall to a cruel-looking scoreline at the hands of Bundesliga club Hertha Berlin today at Selhurst Park as the visitors enjoyed a fair-share of luck to run out as 4-0 victors.

After a steady-paced first 10 minutes, Crystal Palace fans were sent prematurely celebrating as the Eagles illegally found the net early in the game. Max Meyer laid the ball off well to James McArthur who struck at goal, and with Rune Jarstein beating the ball back into the penalty area, Benteke buried an easy effort but was adjudged to have been offside.

Despite being stuck level, Palace did enjoy the more dominant passages of play as the match found its rhythm and were unfortunate not to hit the target on numerous occasions, most notably when Dann headed against the far post before Ayew struck the rebound into the side netting.

Under clear instructions from manager Ante Covic, Hertha sought to stretch the midfield diamond-four exhibited by Palace - with Plattenhardt and Lukas Klunter religiously hugging the left and right touchlines respectively. 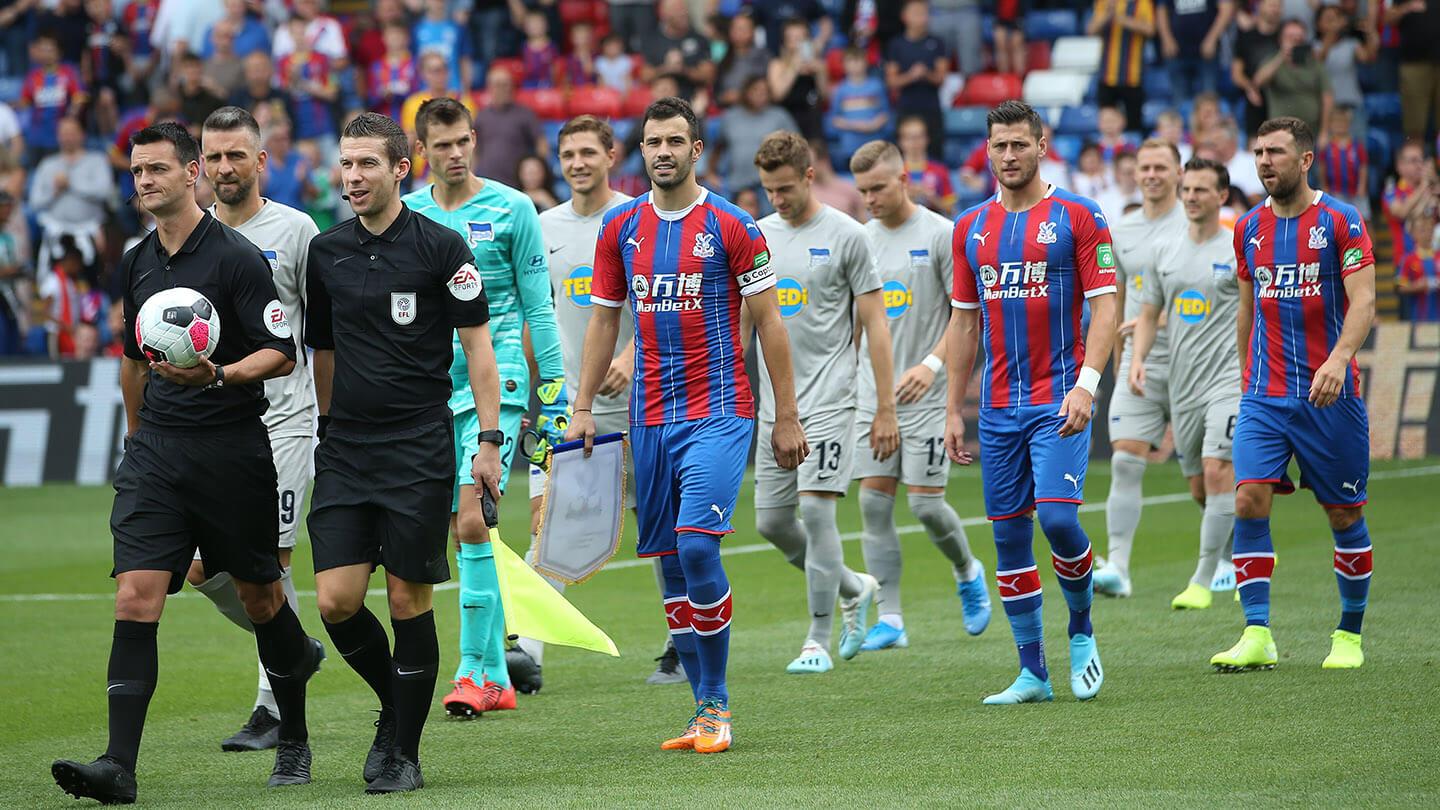 It was Plattenhardt and Klunter involved at the heart of the action at the tail end of the first half as the latter struck a shot hard to Vicente Guaita’s right, earning Hertha a corner after the Spaniard made a fine save. There was far less skill and panache from the deadball, however, as Plattenhardt turned home almost inadvertently with his back.

Palace may have seemed the sharper of the two sides until the first half’s denouement, but Hertha carried their momentum into the second spell and doubled their advantage almost with their first effort - Ibisevic striking home on the volley from 10 yards.

As the clock ticked down, the daylight stretching between Hertha and their hosts grew brighter and the visitors began to see chances fall their way with greater frequency, but it was Palace who came closest to bagging next as Benteke powered a header at goal from Luka Milivojevic’s long-distance free kick only to be denied by the firm gloves of Thomas Kraft.

Moments later, a determined Palace came agonisingly close to scoring for the second time in as many minutes as Ayew flung himself at the ball close to goal only to head wide under pressure from the travelling defence.

In what proved to be a misleading spell of assertiveness, the Eagles seemed energised by Hertha’s second of the day and the balance of play appeared to swing again in their favour. 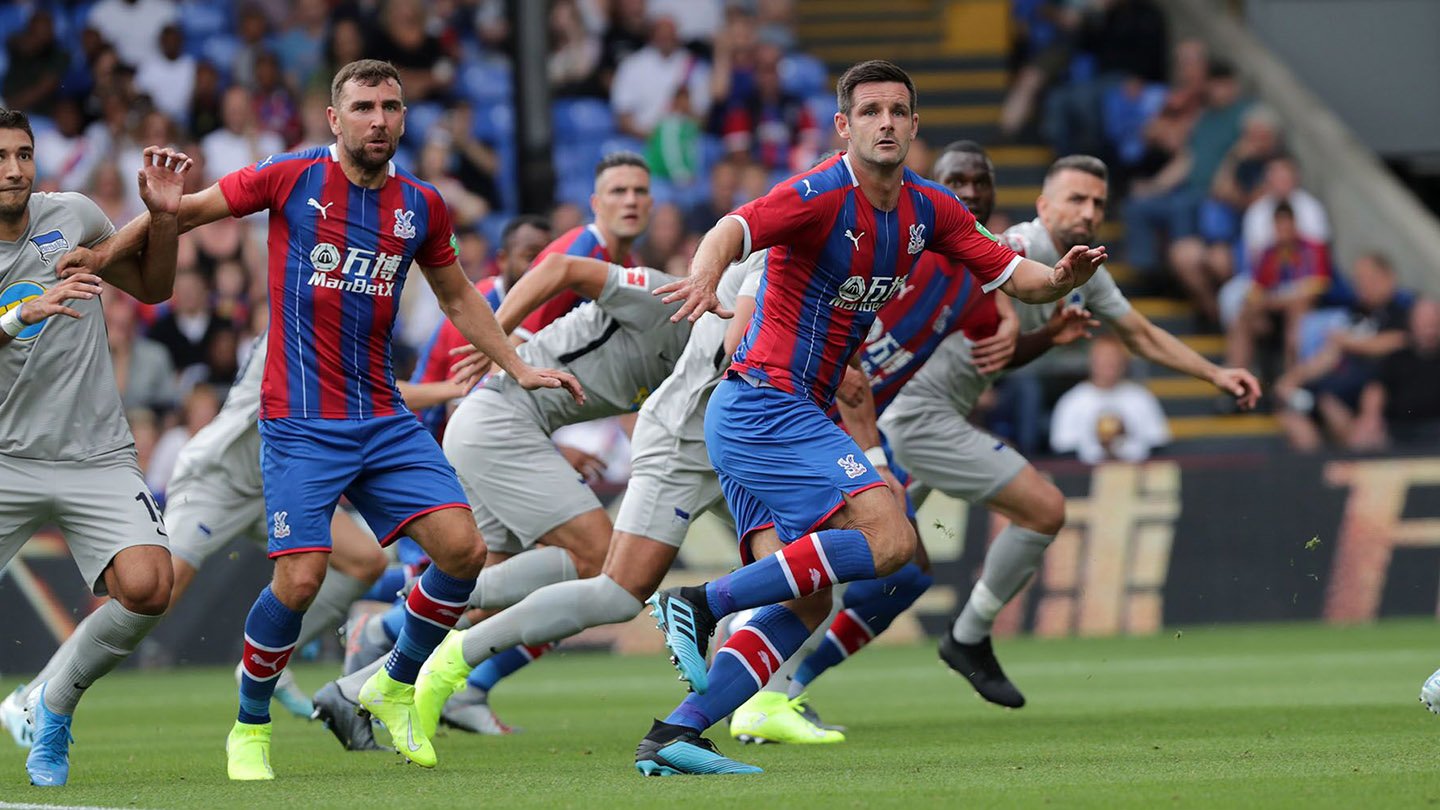 But this seemingly resurgent charge was ultimately in vain and luck cruelly played its part in this afternoon’s clash for the second time as Mittelstadt cannoned an effort into the net via a heavy deflection off Martin Kelly.

With 10 minutes remaining, the game launched into a higher gear and saw both sides come tantalisingly close to further striking the scoreboard. Wayne Hennessey was forced into a double save to deny to visitors and at the other end of the pitch Niklas Stark pulled off a smart last-ditch block to prevent James McArthur from opening Palace’s account.

Hennessey was at the heart of the action shortly afterwards as he felled substitute Selke in the box and watched on as the No.27 converted from 12 yards, sending the Welshman the wrong way.

All in all, it was a frustrating afternoon for Palace which saw no small amount of luck help Hertha to their four-goal haul, however cameos from Development players Luke Dreher and Brandon Pierrick saw two talented prospects benefit from valuable first-team minutes.

Keep an eye on Palace TV in your app or by clicking here for post-match reaction and free highlights shortly.