A warning sign of what was to come for Palace came in the form of Jay Rodriguez’s spritely run behind the back-four after some excellent link-up play, but the recalled striker was eventually thwarted by the recovering centre-back pairing of Scott Dann and Chiekhou Kouyate.

The game plan from Dyche’s men was clear and would not come as a surprise to Roy Hodgson - with Ashley Westwood, Dwight McNeil and Johann Gudmundsson relentlessly peppering direct long-balls into the Palace box, with the towering Chris Wood and nimble Rodriguez causing plenty of headaches for Dann, Kouyate et al.

Indeed, it was an uncharacteristically wayward clearance from Kouyate that led to the opening goal at Turf Moor, as the Senagalese centre-half failed to deal with a high-ball from Gudmundsson. Rodriguez latched onto Kouyate’s misdirected headed clearance, neatly placing the ball first-time into the path of Wood who coolly slotted past Vicente Guaita for the hosts’ first goal since October 3.

At the midway point of the half, Palace came agonisingly close to an equaliser, as Eberechi Eze skilfully and powerfully evaded Matthew Lowton on the left-wing before laying off a beautifully weighted reverse pass to James McArthur on the edge of the box. McArthur attempted to pick out an onrushing Michy Batshuayi at the far post, but the low cross was overcooked, and the outstretched Belgian’s slide was in vain. 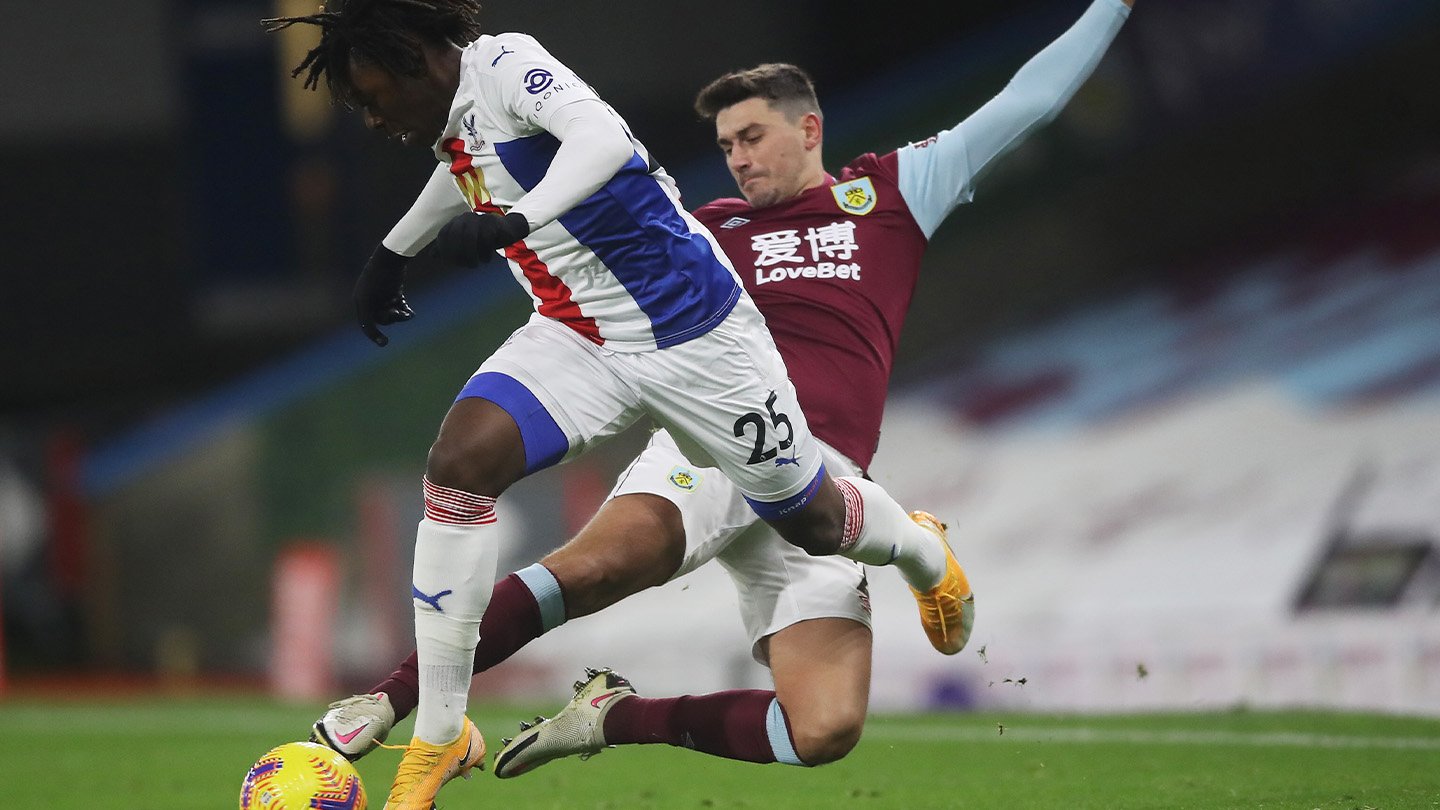 Batshuayi then encouragingly found space in the Burnley half, with defenders backing off cautiously, inviting a shot from the striker who was gathering pace on a marauding run.  He eventually struck on the edge of the box, but dragged his strike wide of Pope’s net.

Palace safely endured a Burnley backlash, first with a fantastic cross from Charlie Taylor’s left boot finding Rodriguez in space on the edge of the box, but Guaita pounced well after the striker’s touch evaded him. McNeil then struck well, but wide, from 20 yards.

Pope, who was a key figure in Burnley’s successful campaign in 2019/20 with 15 clean-sheets, was then called into action twice in quick succession, as Jordan Ayew was comfortably foiled from close range, before an Andros Townsend’s trademark curler from distance was palmed wide.

Defensive discipline, with one sole error, the story of the half.

Straight out of the blocks, Rodriguez was aggrieved at being felled by Kouyate on the edge of the Palace area, having controlled yet another long ball well, but the referee waved play on, a decision vindicated by VAR.

Eze looked intent on adopting a more central role to help unpick a resolute Burnley backline, and he soon found a pocket of space to thread Patrick van Aanholt into the danger zone, but the Dutchman’s cross across the box was cleared at the first man.

In a potentially huge let-off for the visitors, McNeil released Gudmundsson in space with Palace’s back-line dragged out of position, but the Icelandic midfielder rattled the crossbar from 18 yards.

With 30 minutes left to play, a sloppy McNeil back-pass gifted Batshuayi another chance, but Pope was quick to the danger, spreading his body to thwart the Belgian’s first-time strike with an outstretched leg. 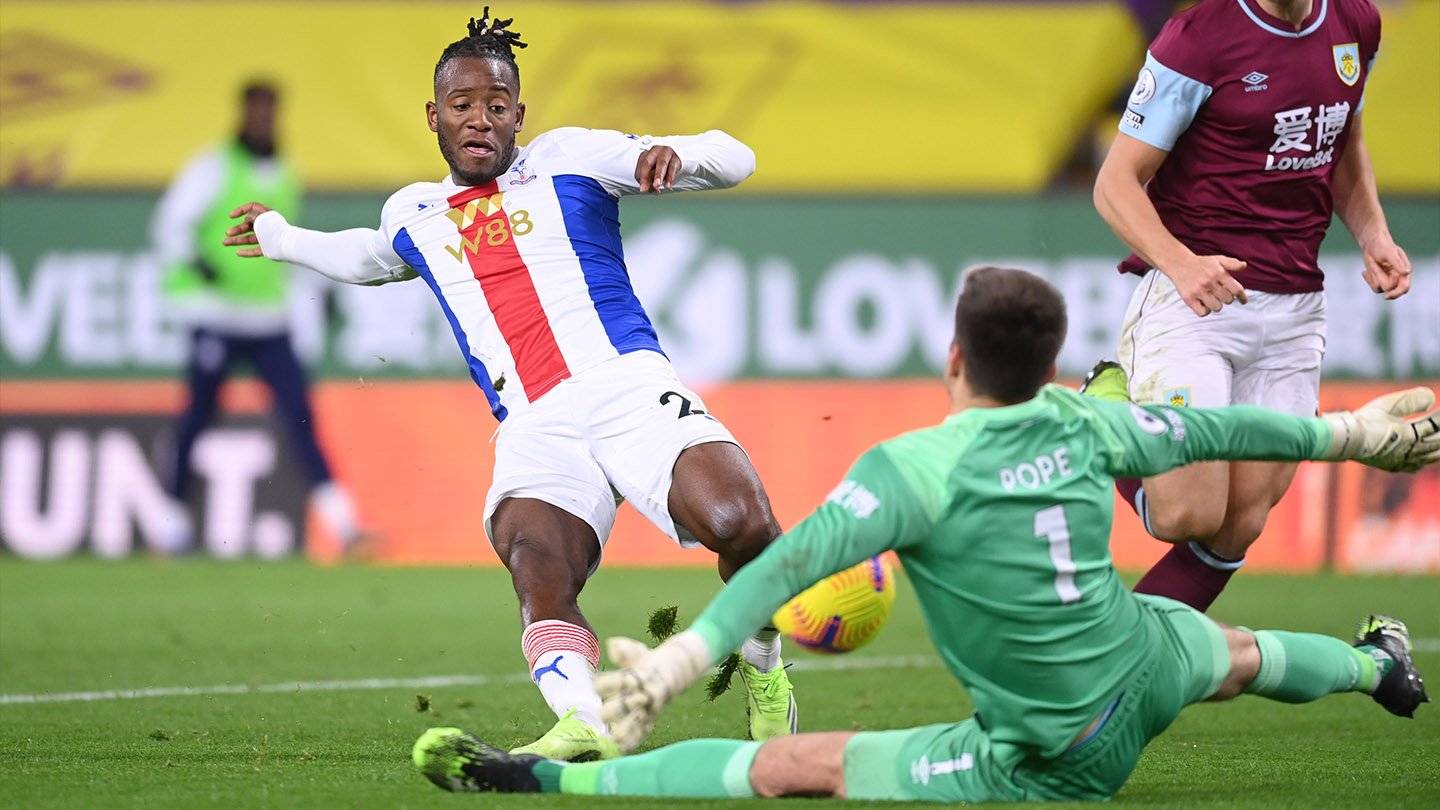 A well-weighted Townsend corner found Kouyate at the back-post, who nodded towards Jairo Riedewald, who struck powerfully goalwards, with Rodriguez blocking bravely. It was to be Riedewald’s last part in the game, making way for Jeffrey Schlupp. Christian Benteke was also inserted soon after as Palace searched for an equaliser.

As Palace pressed in the dying stages, with Burnley sitting deeper and deeper, Schlupp was man-handled by Rodriguez, receiving a yellow card for his cynical efforts. From the resulting free-kick, Van Aanholt’s delivery was slightly behind the towering Benteke. 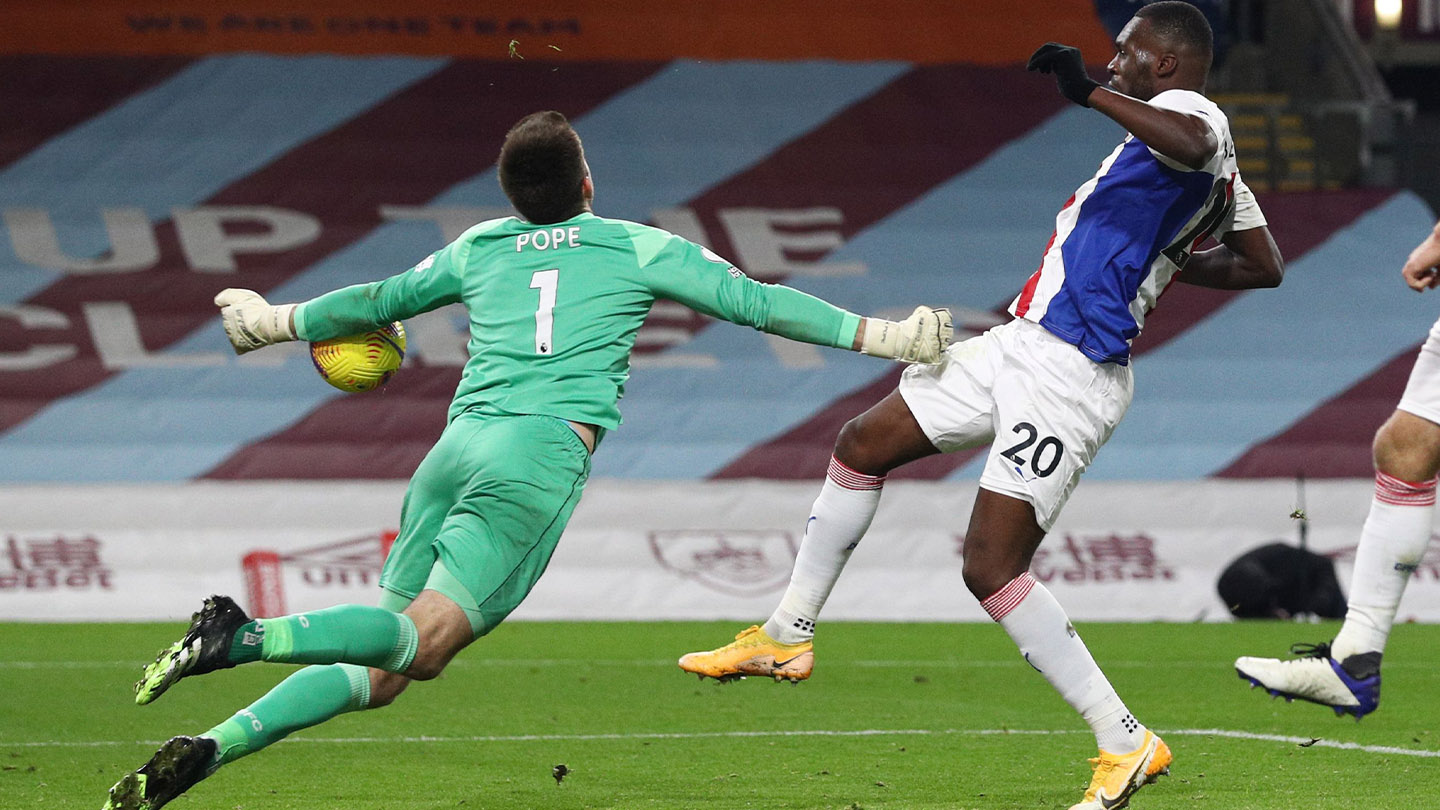