Report: Palace miss out on Uhrencup at hands of BSC Young Boys

The Eagles were unable to claim the Uhrencup trophy this afternoon as they finished their pre-season tour of Switzerland with a 2-0 loss against local side BSC Young Boys.

Under the warm afternoon sun of picturesque Bern, Palace lined up with a strong starting XI – a side and setting enough to inspire relaxed confidence despite the form and prowess of the south Londoner’s opposition today.

However, juxtaposed to their immediate, perfect start on Tuesday night, the Eagles’ powerful composition was unfortunate with an opening four minutes that saw them fall a goal down and face the same uphill battle experienced by FC Luzern just three nights earlier.

With Vicente Guaita racing from his box to close down a loose Patrick van Aanholt pass, Nicolas Moumi Ngamaleu was blessed with an open goal facing him 20 yards further down the pitch. As Scott Dann rushed to close his shooting angle, the Cameroonian midfielder took his chance with confidence and left the Palace backline powerless. 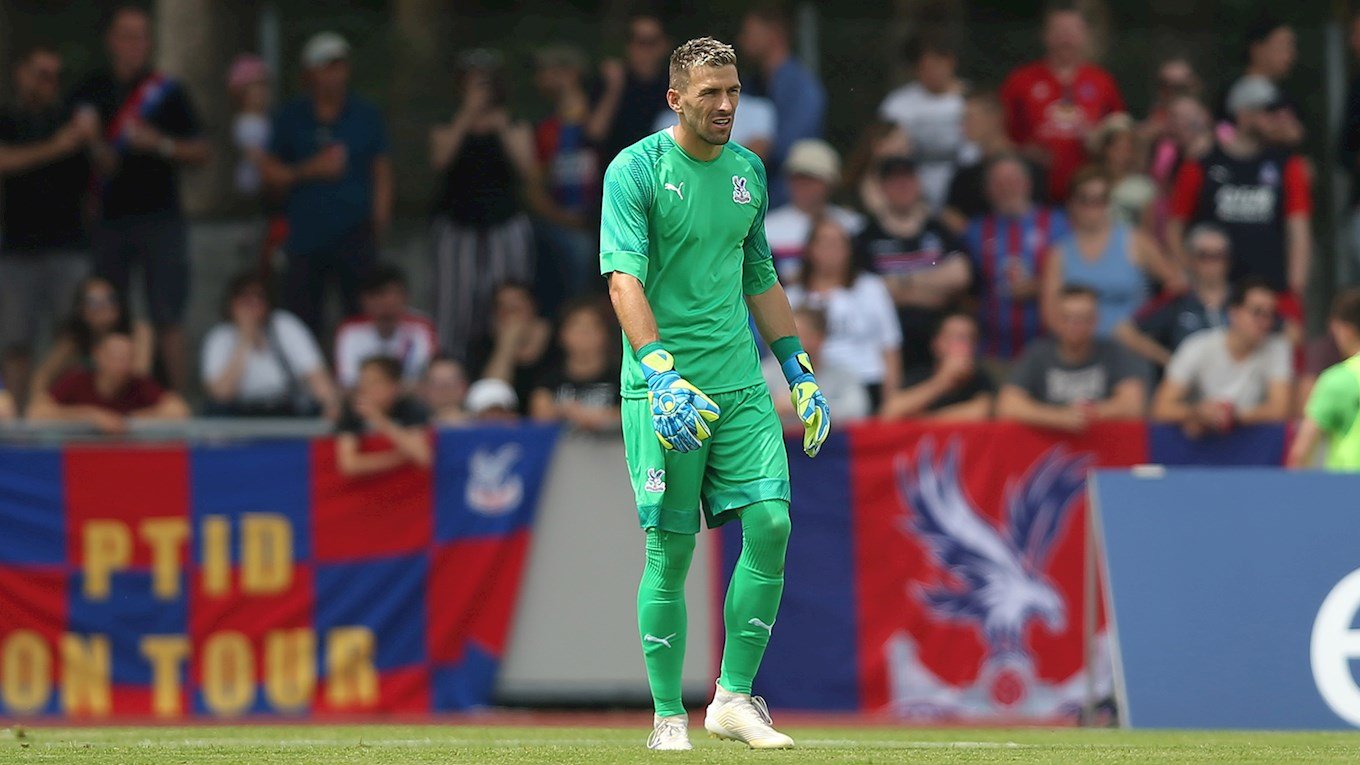 After 15 minutes, the game had settled down to a far lower tempo than its opening exchanges, though Young Boys were still on the front foot. Looking to double their advantage, Vincent Sierro struck a speculative effort from 25-yards as he mopped-up the rebound from the native club’s corner, though Guaita stood directly behind the ball and held with ease.

The second soon came though, right on the half-hour mark as some fine, delicate work from Ulisses Garcia saw the ball held in Palace’s box for long enough so that Guillaume Hoarau could be teed-up to place an effort into the bulging back of the Eagles’ net.

Hoarau came unnervingly close to adding YB’s third of the first half when he leapt through the air to direct a downward header at the far junction of Guaita’s goal and turf, only for the Spaniard to hurl himself with assurance and success at the goal-bound effort. 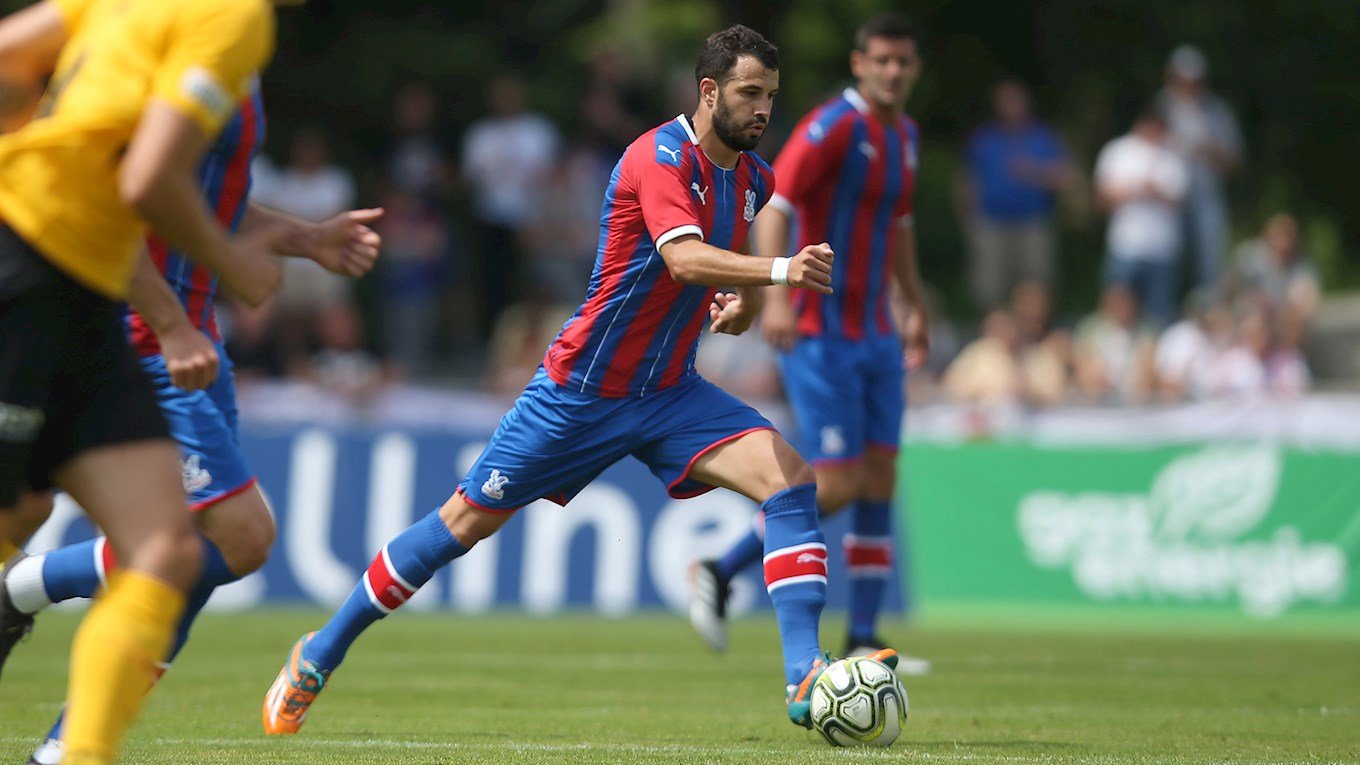 Opening the second half, Palace landed a shot on target within minutes through Christian Benteke, who played up front alone with the substitution of Alexander Sorloth for Max Meyer. Supported in the role by Jeffrey Schlupp, who played far higher up the pitch than he is typically seen to, Benteke received a sumptuous lay-off from the Ghanian midfielder and did well to angle an effort into the hands of David Von Ballmoos, though it wasn’t enough to set the Palace fans celebrating.

Meyer did set fans celebrating moments later, however, when he struck a goal-bound effort which misleadingly caught the side netting. Having settled down, supporters and players alike realised the score was still level but Palace were clearly on top following the re-start.

That said, a moment of near-magic almost added Young Boys’ third when Miralem Sulejmani jinked and stuttered his way through a forest of Palace legs only to sky his resulting shot over the bar. 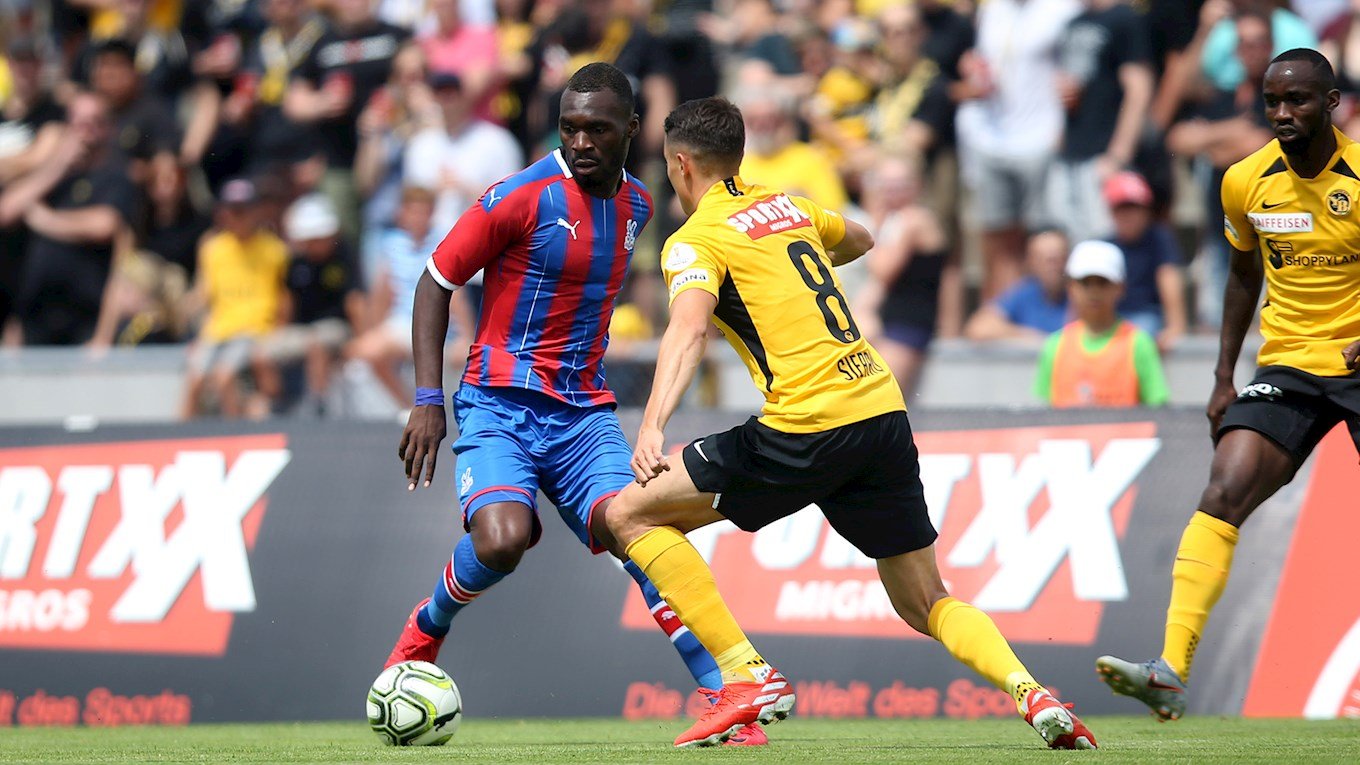 Nsame then skewed high a strikingly simple effort when fellow goalscorer Moumi Ngamaleu thread a pass directly in front of him from six yards. With the ball spinning over the crossbar, Nsame knew he had missed a clear chance to bury the game and, following a triple substitution, the Eagles looked driven for the clash’s remaining half hour.

Their ambition to heave themselves back was epitomised in a series of efforts from Schlupp, Connor Wickham and Andros Townsend – though each were slightly overzealous in their attempts and sent the ball too high.

Not so high with his second effort, Townsend cracked a shot at goal and forced Von Ballmoos into a powerful save with 10 minutes to go before Van Aanholt strove to bury the rebound only to be denied by some last-resort defending on the stretch.

But the visiting south Londoners' efforts were too little, too late and Young Boys ended the afternoon as deserving victors of the Uhrencup.

Stay tuned to Palace TV either on the app or by clicking here for full post-match reaction and highlights of this afternoon's clash as the Eagles end their pre-season tour.