Crystal Palace Under-23s fell to a 5-2 defeat against Fulham on Friday afternoon despite an encouraging first-half display, with the Cottagers proving too clinical after the interval.

Palace started the game on the front foot and made an early spell of pressure count when Kian Flanagan set up Rich-Baghelou, resulting in his impressive strike from distance crashing into the net to make it 1-0 after just seven minutes.

The visitors continued to probe the Fulham defence after breaking the deadlock, and they were not far away from adding a second when Street saw his low finish saved after he was teed-up on the left side of the box.

Meyer produced a moment of class to orchestrate Palace’s next chance as he twisted away from a challenge before feeding the ball into Street. The Palace frontman did well to evade the reach of a nearby defender, but curled his strike just wide of the right post.

However, Palace did eventually make their continued dominance count in the 41st minute. A free-flowing spell of possession resulted in the visitors winning a corner on the left flank, and it was Meyer who met the delivery and produced an improvised flick to find Street at the back post. The forward then directed a composed header into the right side of the net to double Palace’s lead.

With Palace seemingly comfortable in the lead, Fulham produced an immediate response and opened their account just two minutes later. Carvalho slipped a pass through to Tiehi in the penalty box and the striker slotted the ball underneath Henderson to ensure there was just one goal to separate the sides heading into the interval. 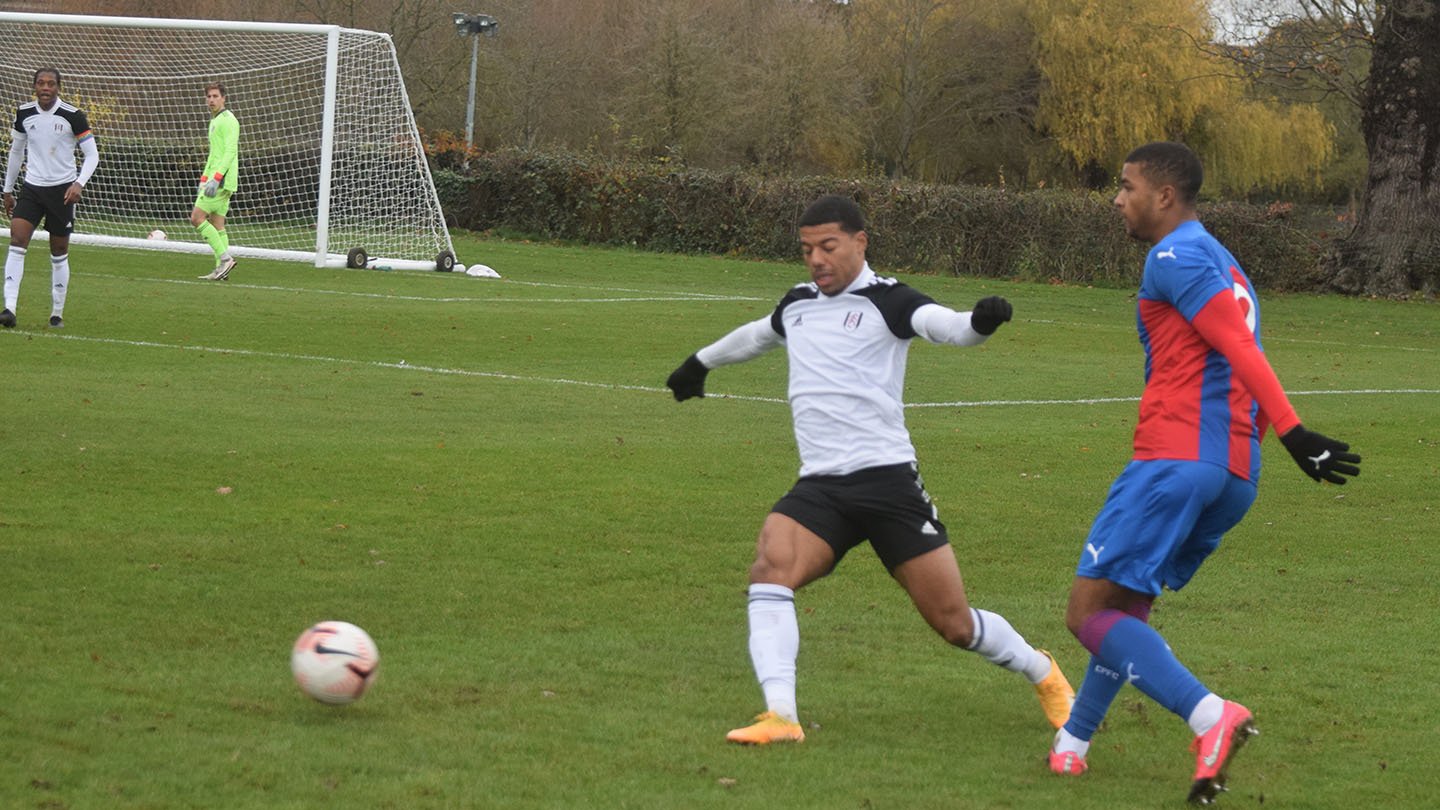 The Cottagers emerged from the break in determined fashion and this saw Henderson tested early in the second period. Sylvester Jasper whipped a promising free-kick towards goal, but the Palace stopper did well to push it away from danger.

Fulham levelled the scores in the 56th minute when an intricate move culminated in Jasper sending a disguised pass to Carvalho just inside the box, and he then produced a quick-fire effort to drill the ball into the left side of the net.

The hosts now had the momentum and their continuous pressure led to them taking a 3-2 lead eight minutes later. It was the same successful combination with Jasper once again the provider as he played in Carvalho who took his shot from a tight angle and lifted it in to put Fulham in the driving seat.

Palace were now looking to forge a route back into the game as they started applying pressure on the Fulham defence for the first time since the break. Reece Hannam conjured a golden opportunity when his dangerous delivery evaded both Fulham centre-backs, but the arriving Street also failed to make a connection.

Shaun Derry’s side registered another major chance when Rich-Baghelou put his close-range header high, but Fulham won a spot-kick soon after when the ball hit Noah Watson’s hand inside the box. Carvalho stepped up and slotted home to make it 4-2.

Fulham further increased their advantage when Jayden Harris’ marauding run down the left wing saw him enter the box, and pull the ball back for Tiehi who poked home from close range to complete the scoring for Fulham in the 82nd minute.

The match proved to be a steep learning curve for Palace despite their promising first-half display, and Derry will be hoping his side can bounce back when they host Newcastle later in December.

READ NEXT: Parish: Academy redevelopment is 'best thing in my life'