Crystal Palace overcame a visiting Norwich City side 2-0 this afternoon with a dominant performance recording their sixth straight league game without defeat at Selhurst Park. Luka Milivojevic was the man who gave the Eagles their first, slamming home from the spot for his opening goal of the season before Andros Townsend added a second in the final minutes.

After a blistering 25-minute start, Palace eased their foot off the gas somewhat for the remainder of the game but managed to pin-back the Canaries to ensure their threatening attack weren’t fed enough to trouble.

In Roy Hodgson’s own words, Palace - staff, players, fans et al - were “reeling from the shock” of ceding two points to Wolverhampton Wanderers last Sunday and began this afternoon’s clash with Norwich clearly inspired by the disappointing draw. 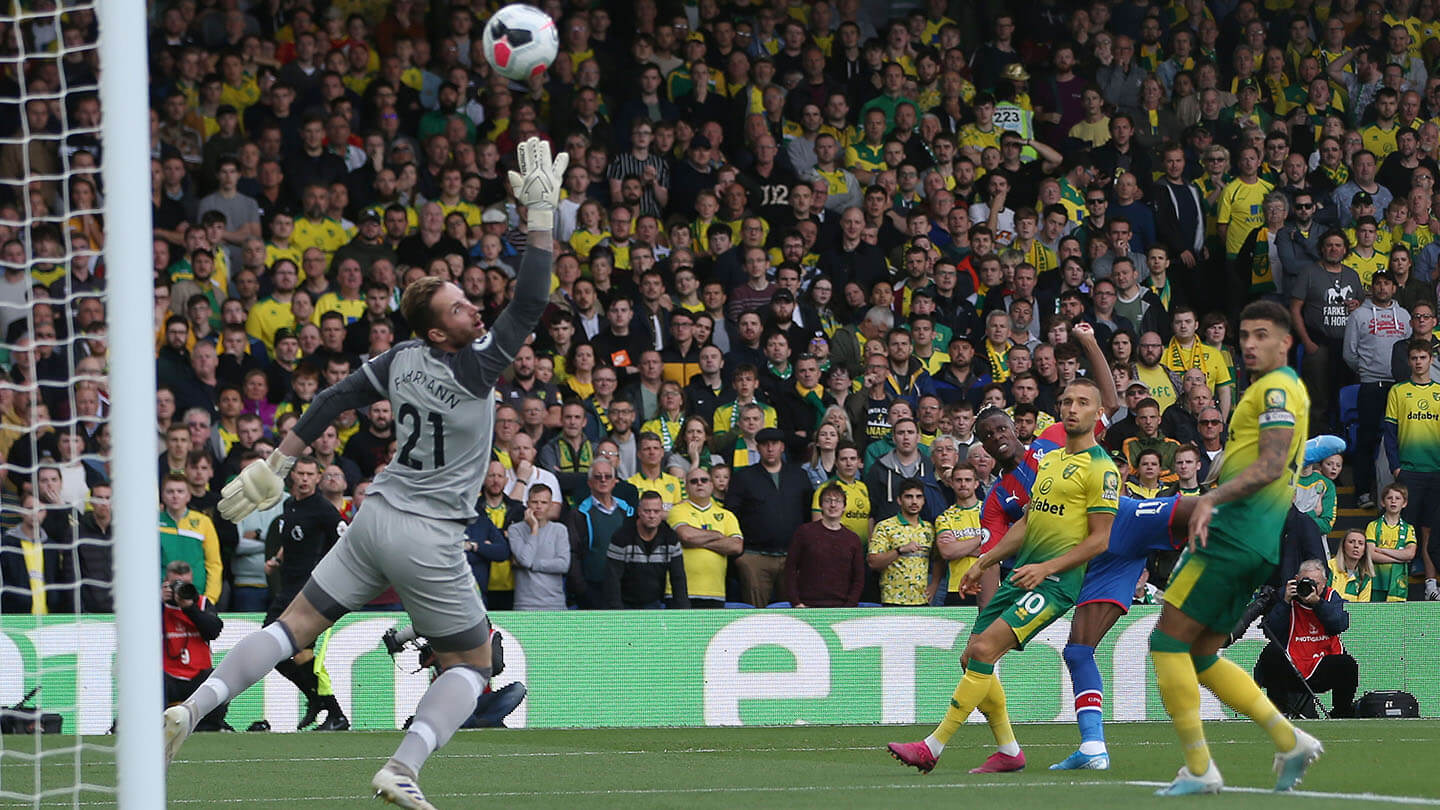 Almost from kick-off, Wilfried Zaha exhibited his threat to the visiting Canaries, bursting into the box from the right-wing and blazing a ball just high and wide with barely a minute shown on the clock.

The Eagles came close again moments later with Zaha - who looked energised from the off - intercepting a mis-hit Norwich pass to lay-off Jordan Ayew.

20 yards out and allowed the time to shoot, Ayew unleashed a thunderous effort towards Ralf Fahrmann’s goal, but the second-choice ‘keeper was equal to the strike.

However Fahrmann couldn’t keep out the knocking Palace for much longer and when Ibrahim Amadou heavily felled James McArthur in the box, the ‘keeper faced one of the league’s most lethal spot-kick specialists. 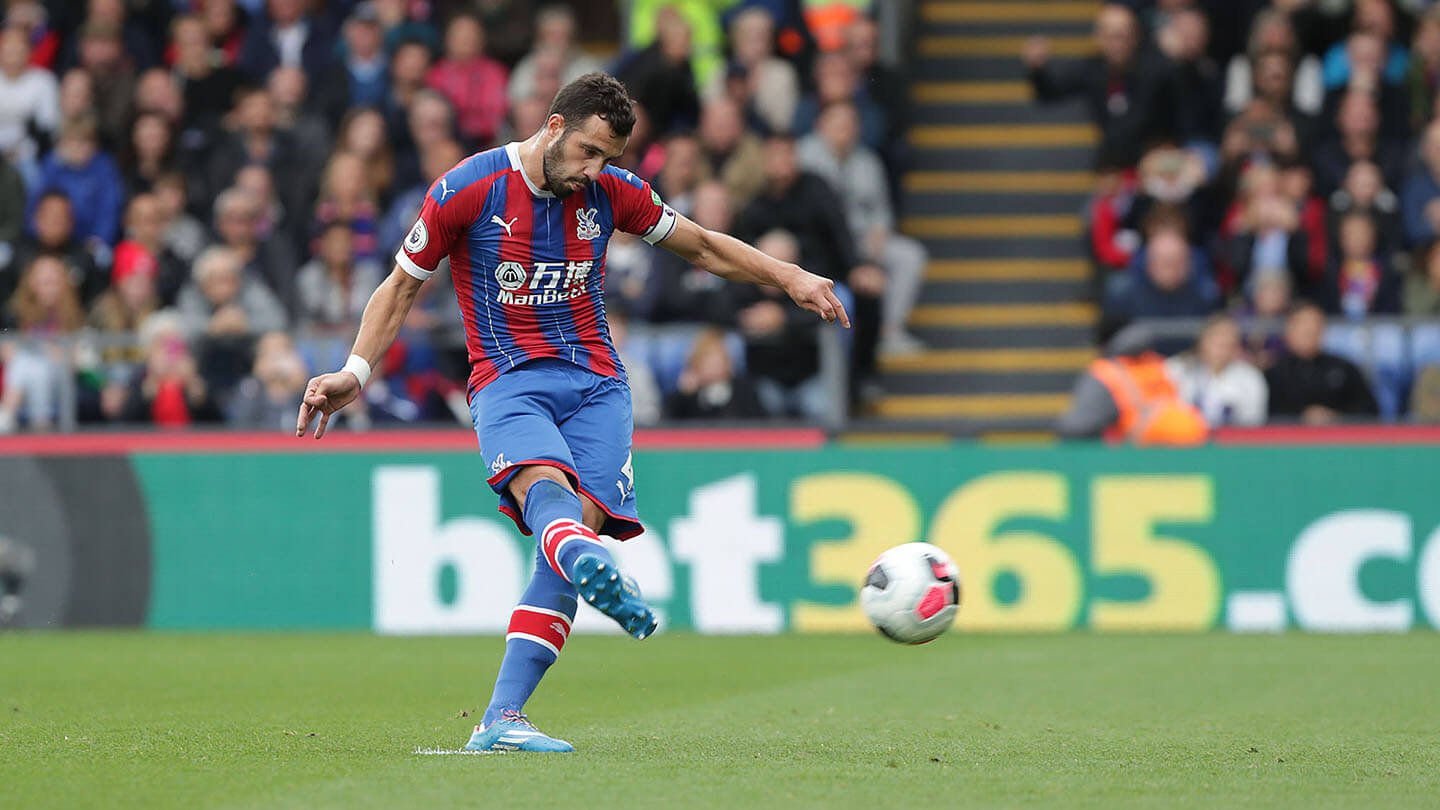 On his 100th appearance for the club, Milivojevic stepped-up cooly as ever and, for the first time this season, rifled home high to the right of the net and handed Palace their opening goal - a deserving reward for a fearsome start.

In the process of stretching for the ball, Fahrmann injured himself - becoming Norwich’s second sidelined ‘keeper of the week after prematurely returning from a groin injury - and was replaced by Northern Ireland international, Michael McGovern. Both shot stoppers were making their Premier League debuts today.

Norwich sought to respond to Palace’s swift lead through their talisman, Teemu Pukki. Latching on to a long, punted ball downfield, Pukki raced into the home side’s box and, under pressure, fired over the bar with the help of Vicente Guaita’s fingertips. 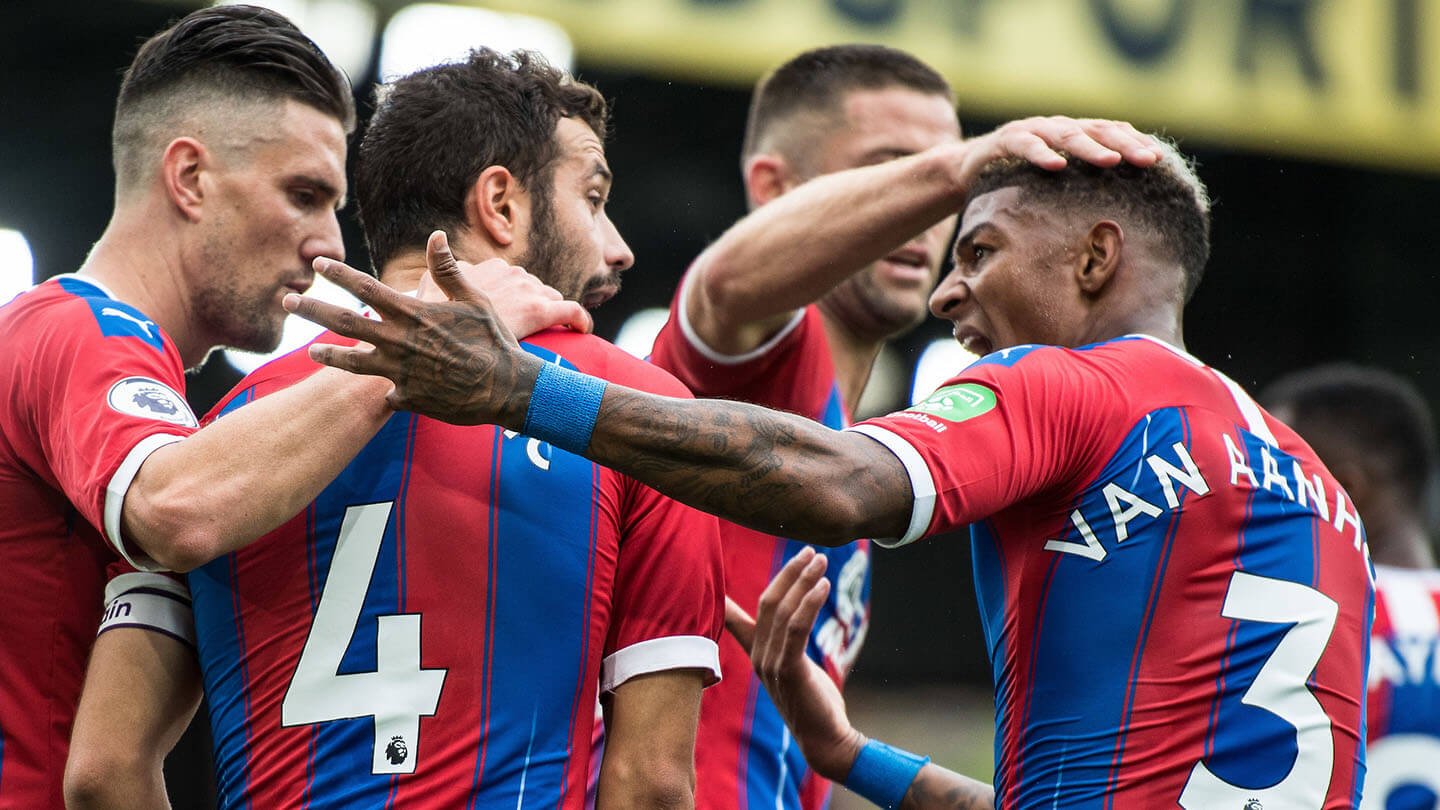 Roy Hodgson’s men were unfazed by the chance, however, and burst to the other end of the pitch moments later where Jeffrey Schlupp whipped across the box to Ayew, who stretched every sinew to reach the passing ball in vain.

With the game better balanced after Milivojevic’s opener, Norwich squandered another chance when Jamal Lewis laid-off from wide to Todd Cantwell only for the midfielder to place his strike into a muddle of bodies, one of which - Martin Kelly - blocked the effort adeptly.

Further chances fell to the visitors and Guaita was forced into routine action to punch an Emiliano Buendia strike wide before the ball ended up in his net following Pukki running it slightly off the field a moment earlier. 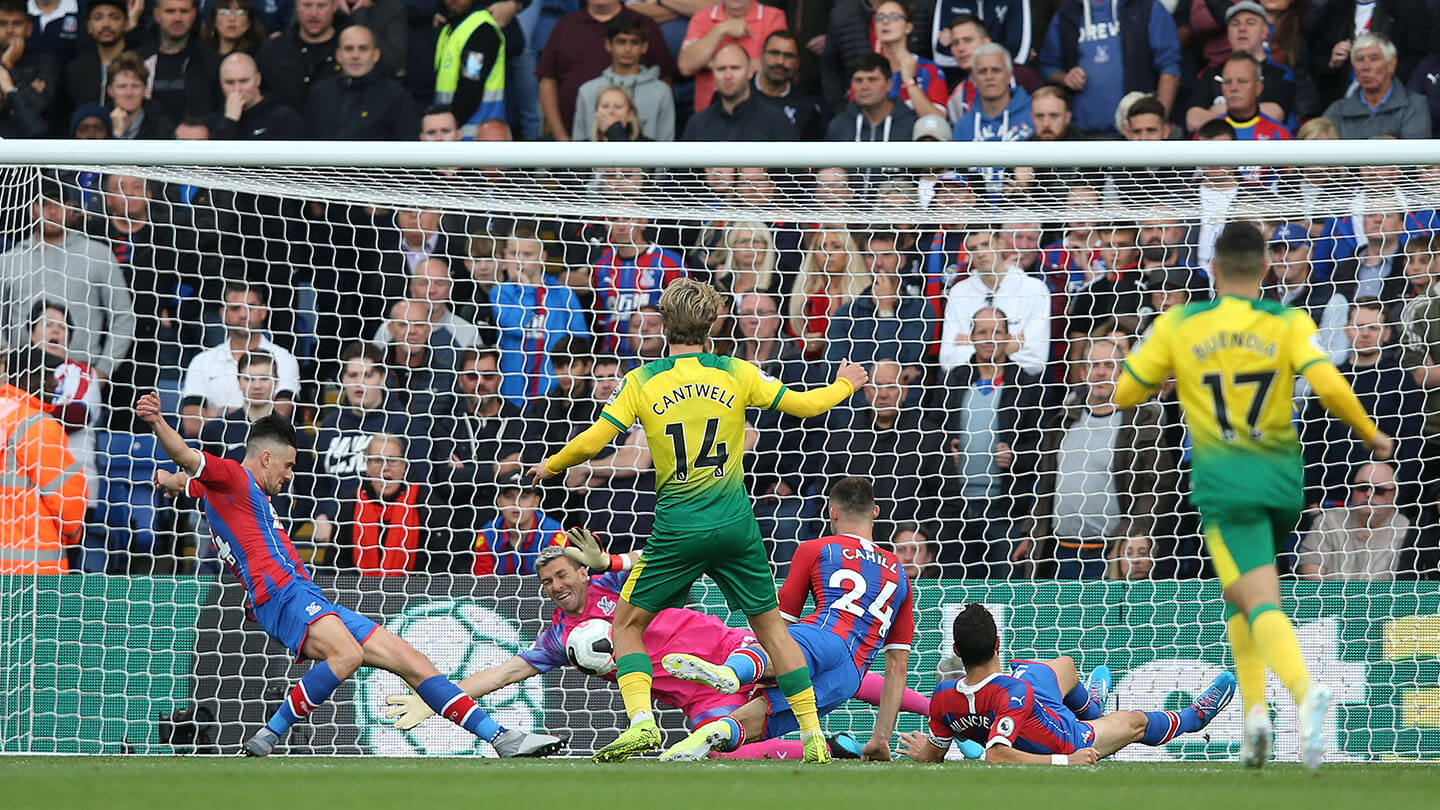 Palace’s instructions for the second-half seemed to mirror those displayed in the first and the Eagles laid siege to the Norwich box as they hunted an insurance policy second goal.

In spite of their dominance, Palace couldn’t replicate their first-half success and Hodgson sought to change their approach by bringing Townsend on for Cheikhou Kouyate in the 70th minute, moving Schlupp into the middle for Townsend to threaten on the wing.

The Eagles' re-energised efforts almost doubled their advantage when Gary Cahill powered a downward header towards goal, only to hit Ayew who couldn’t quite find the target on the turn in tight space. 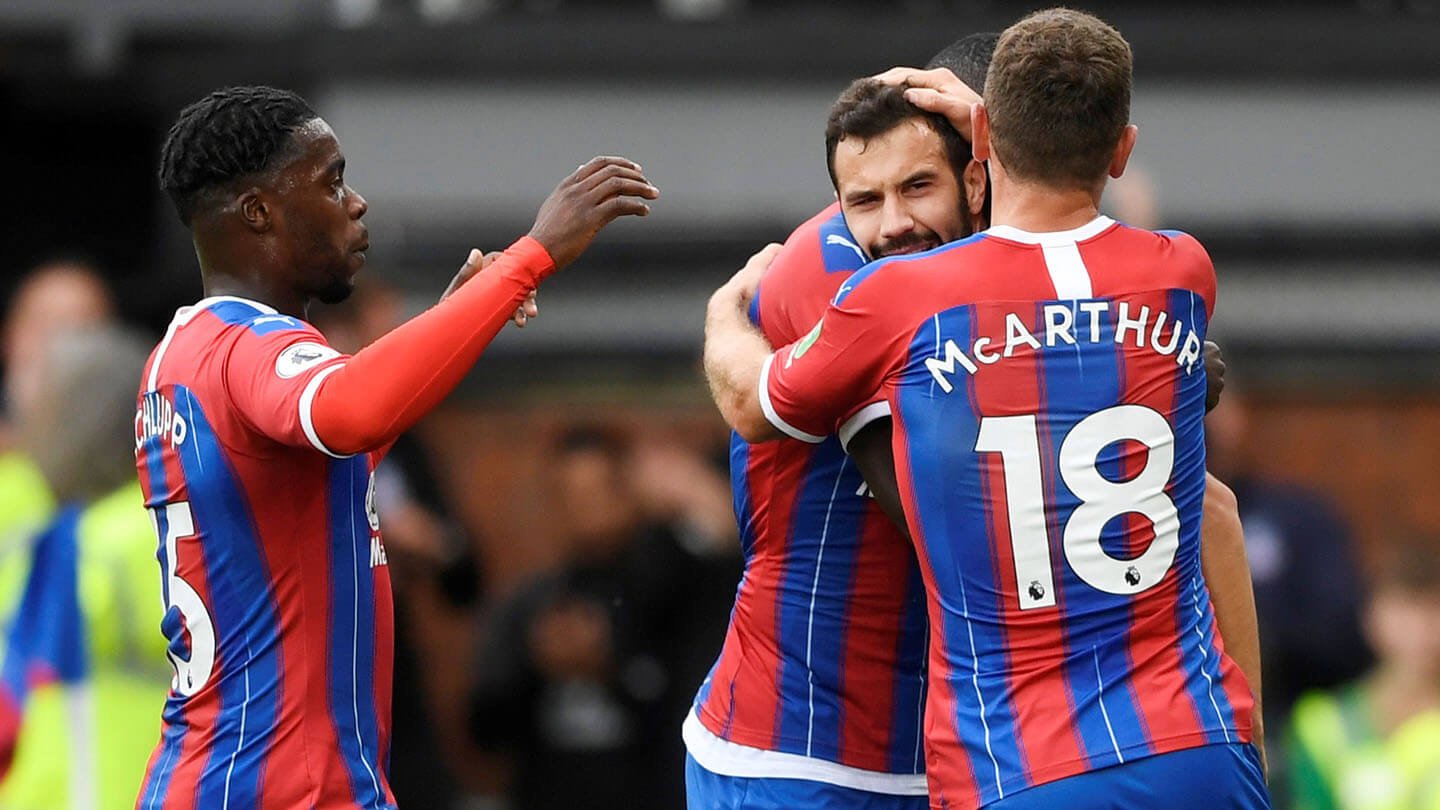 Zaha was next to hunt the cushion his side needed to ease Selhurst Park’s natural anxieties, but the tricky Ivorian headed over with aggression from 10 yards.

Hodgson's final change was something of a volte-face from his first, removing Ayew in favour of Max Meyer - shoring his side up for what seemed set to be a nervy five-minute close.

But it was the manager's initial substitute who settled the game for Palace, as Andros Townsend slotted home after some fine work from Zaha to hand the Eagles an assurance of victory after 45 minutes of desperately seeking it.

Stay tuned for post-match reaction and highlights for free on Palace TV! Either click here or 'Palace TV' in the official app.