Sunday afternoon saw Palace secure a comprehensive away victory against London Bees as they dominated play at the Hive with four goals, marking an impressive first win to their Championship season.

Although cold and wet, the afternoon started on a fine note for the visiting team as Palace took the lead within five minutes of kicking-off as forward Wilson secured a free-kick, landing a curved ball past London Bees goalkeeper Sarah Quantrill and into the back of the net. 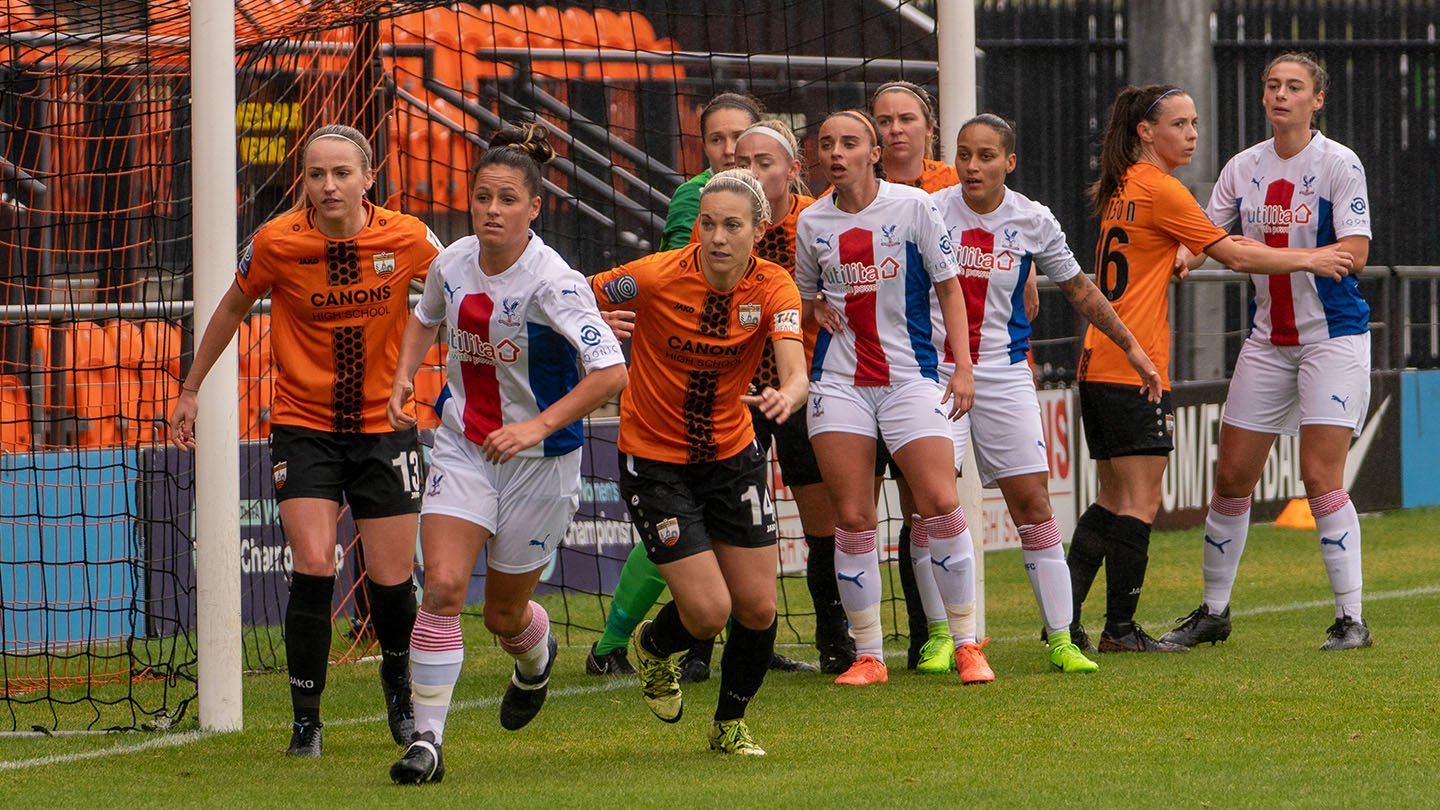 Palace came close to netting another swiftly after as Lizzie Waldie started a good move forward, striking the ball across the far side of the field to goalscorer Wilson, but the resulting shot was deflected well in the box.

However, as the match progressed it appeared the home side struggled to catch up with the south Londoners’ momentum as an excellent free-kick taken by Haines swept past the Bees from over 20 yards to hand Palace their second goal.

Although there was an opportunity for Lee Burch’s side to add pressure with a goal of their own, Charlie Estcourt’s free-kick sailed over the crossbar and ensured the half-time whistle sounded with the Eagles leading 2-0. 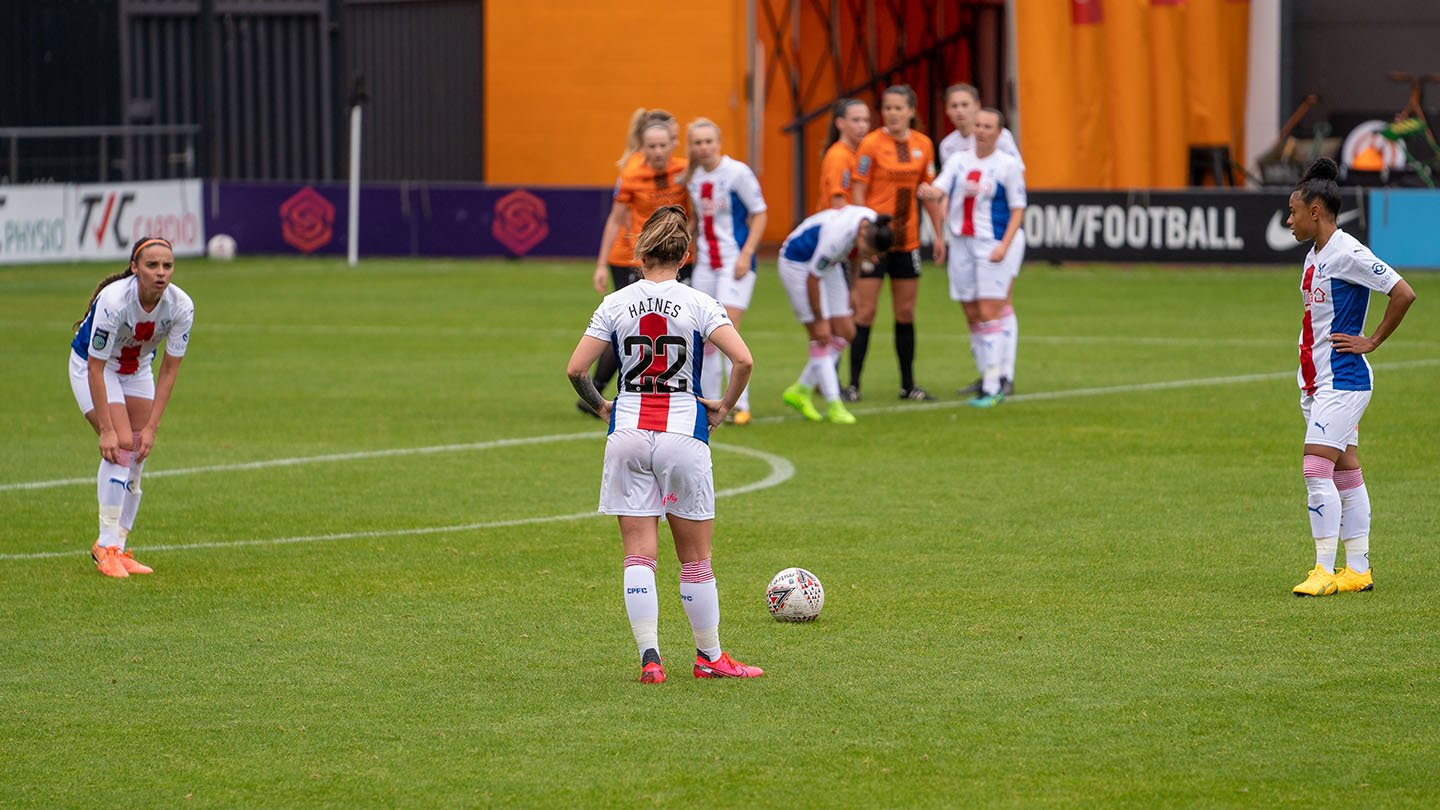 In the second-half, Palace mounted pressure on the Bees from the outset with Baptise making a sensational run along the left-wing, chopping past a wild challenge and pinging home remarkably from 15 yards to score a third goal, as Palace’s first win of the Championship season looked increasingly likely.

In comparison to the first-half, the home side took on more chances, including an effort from Filis and a header from Lauren Pickett, but these couldn’t evade the hands of Palace goalkeeper Chloe Morgan.

As time ticked past 70 minutes, a foul on Haines in the six-yard box resulted in a penalty for Palace, and the No.22 bagged her second and Palace’s fourth of the afternoon. The Bees’ Filis then successfully struck home to secure the Bees’ only consolation goal.

By full-time, Palace managed to adeptly to keep out any further efforts, finishing the match with four goals to the Bees’ one.