Crystal Palace took to home turf on Easter Sunday, falling 0-3 to Sheffield United at a sunny Hayes Lane having drawn with Charlton Athletic in their previous clash.

The game kicked-off with evenly matched play and both sides creating chances, Baptiste coming close for Palace less than five minutes in.

The action picked up pace just after a quarter of the way in, propelled by Sheffield United’s Katie Wilkinson heading home the game’s first goal. After a foul to Cherelle Khassal earned a free-kick for Palace a couple of minutes later, Ashlee Hincks’ shot was saved by United ‘keeper Frances Kitching. 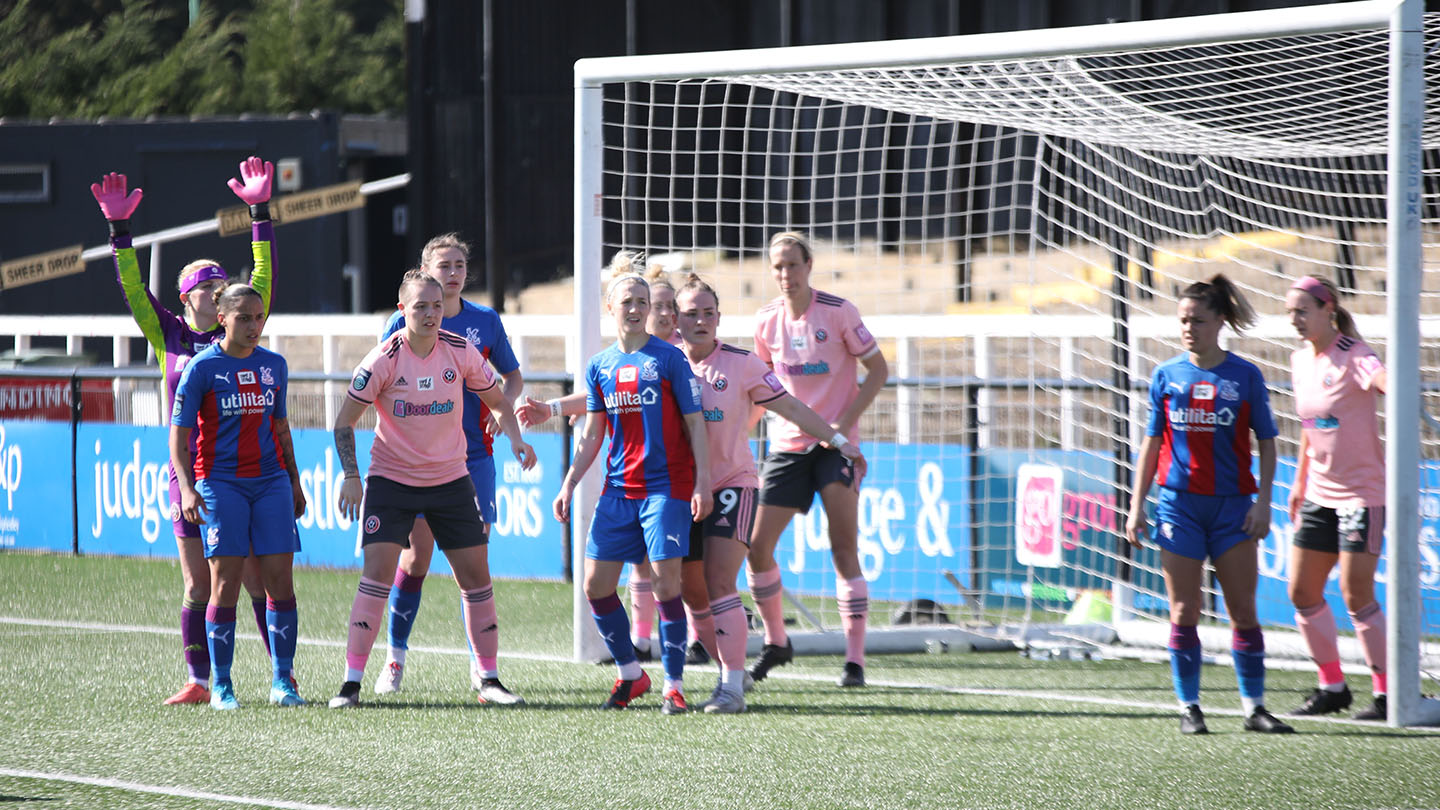 Leading at the half-hour mark United bagged a second goal, this time with Bex Rayner taking a ball tapped out well by Palace ‘keeper Chloe Morgan before slipping it into the net.

At half-time Palace were two behind Sheffield United, but their solid efforts would have given the south Londoners confidence for the next half.

The second-half showcased good attempts by Palace to pin the visitors back, including when Coral-Jade Haines fed Kirsty Barton only for the forward to be denied by Kitching.

However United didn’t back down, driving up the pitch to secure Wilkinson’s second goal around the 62nd-minute, despite multiple calls for offside.

Within 10 minutes Baptiste looked poised to hit the target before veering her shot wide. It looked like a goal could have be on the cards for Palace as one final effort was seized by Khassal, who attempted to strike home from distance but was denied by Kitching.

At full-time, the Eagles had battled well but were undone by the momentum of their third-placed guests.