Crystal Palace kick-started their season in fine form against fellow Women’s Championship team Charlton Athletic in an impressive opener to their 2020/21 Championship campaign.

With their 2019/20 season postponed by the COVID-19 pandemic, the Eagles displayed steep determination for their first competitive match in half a year. However, a late goal by Charlton’s  Shauna Vassell led to a draw at full-time.

On a cloudy Sunday afternoon at opponents Charlton Athletic’s Oakwood ground, Palace enjoyed frequent possession in the first-half of the match, demonstrating a sturdy drive for success.

Such focus was presented in the opening few minutes through strong early attempts, including a smart ball floated from Ffion Morgan to Cherelle Khassal.

But despite Palace’s resolve, Charlton’s Jessica King scored the game’s first goal eight minutes in as she slotted home from close range, however Palace levelled the playing field only two minutes later when Siobhan Wilson guided an impressive ball to Bianca Baptiste for a fantastic close-range header, taking the score to 1-1. 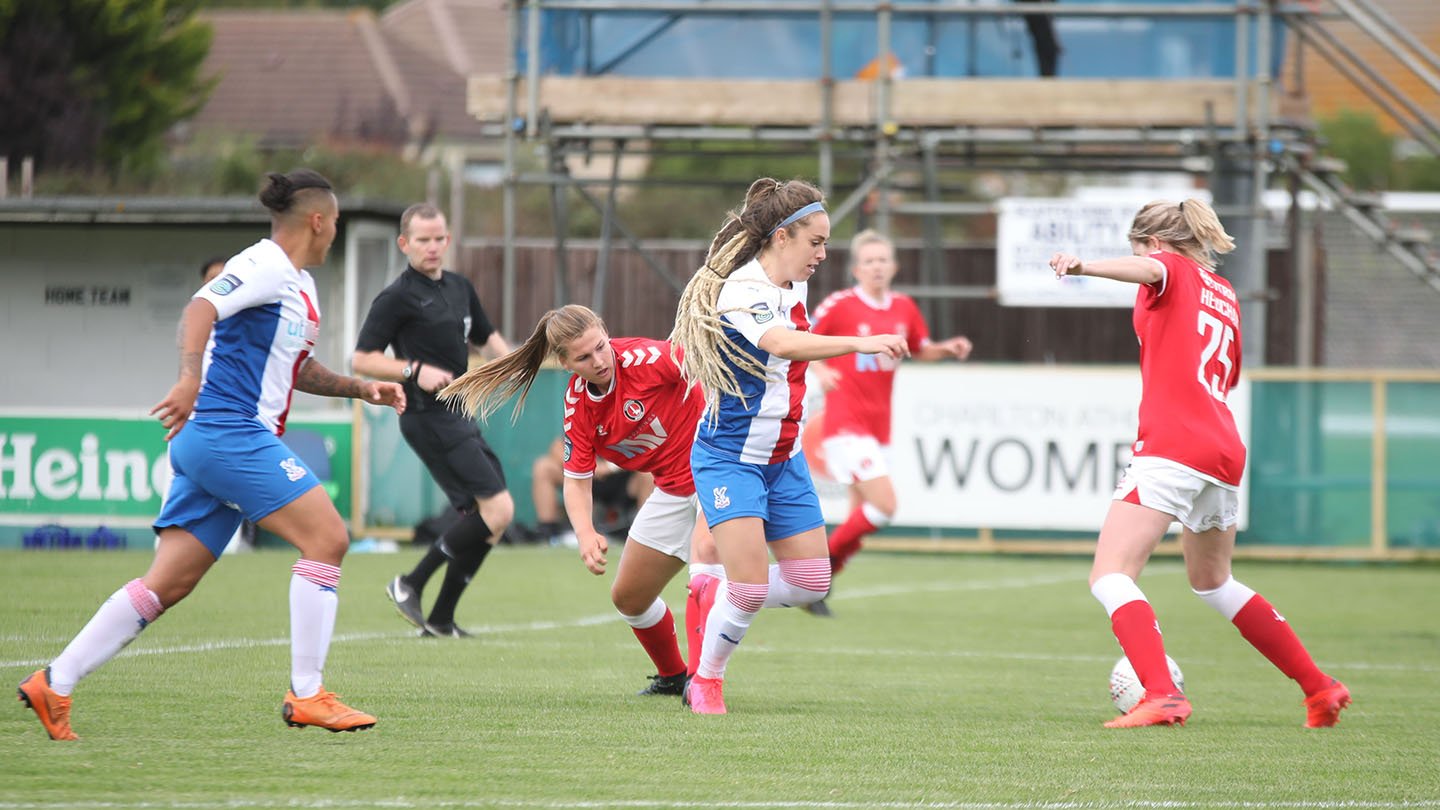 A first-half marked by strong and serious Palace teamwork met half-time with the visitors on top, bagging two goals to Charlton’s one.

The second-half didn’t see Palace’s hunger for victory relenting, illustrated by frequent shots at goal, the most promising followed by a save from Charlton goalkeeper Katie Startup.

But with only minutes left before the final whistle, a goal for the Addicks’ Shauna Vassell, who came on as a substitute for player Ella Powell, broke Palace’s lead.

Although the visiting south Londoners played tactically astute football and displayed a dominant performance, Charlton’s late leveller nudged the scoreboard to being level; leaving Palace with a harsh solitary point, though the Eagles will be encouraged by a promising first performance.