In an even affair which saw two of the league’s in-form sides go head to head, Crystal Palace fell by two cruel goals against Leicester City to see their recent success over the Foxes come to a halt.

Their first loss to Leicester in six meetings, Palace enjoyed infrequent chances of their own, but the visitors were the only team to capitalise on their few openings and goals from Caglar Soyuncu and Jamie Vardy were enough to divide the sides at full-time.

Leicester may have visited south London this afternoon on the back of a record-breaking 9-0 victory, but it was the hosts who pushed hardest in the game’s opening exchanges.

The Foxes' Harvey Barnes landed the first shot on target as the returning Vicente Guaita easily collected his dipping effort, but it was Palace who surged forward with the greatest consistency - Wilfried Zaha and Jeffrey Schlupp linking-up well along the left-wing to supply those in red and blue filling the penalty area. 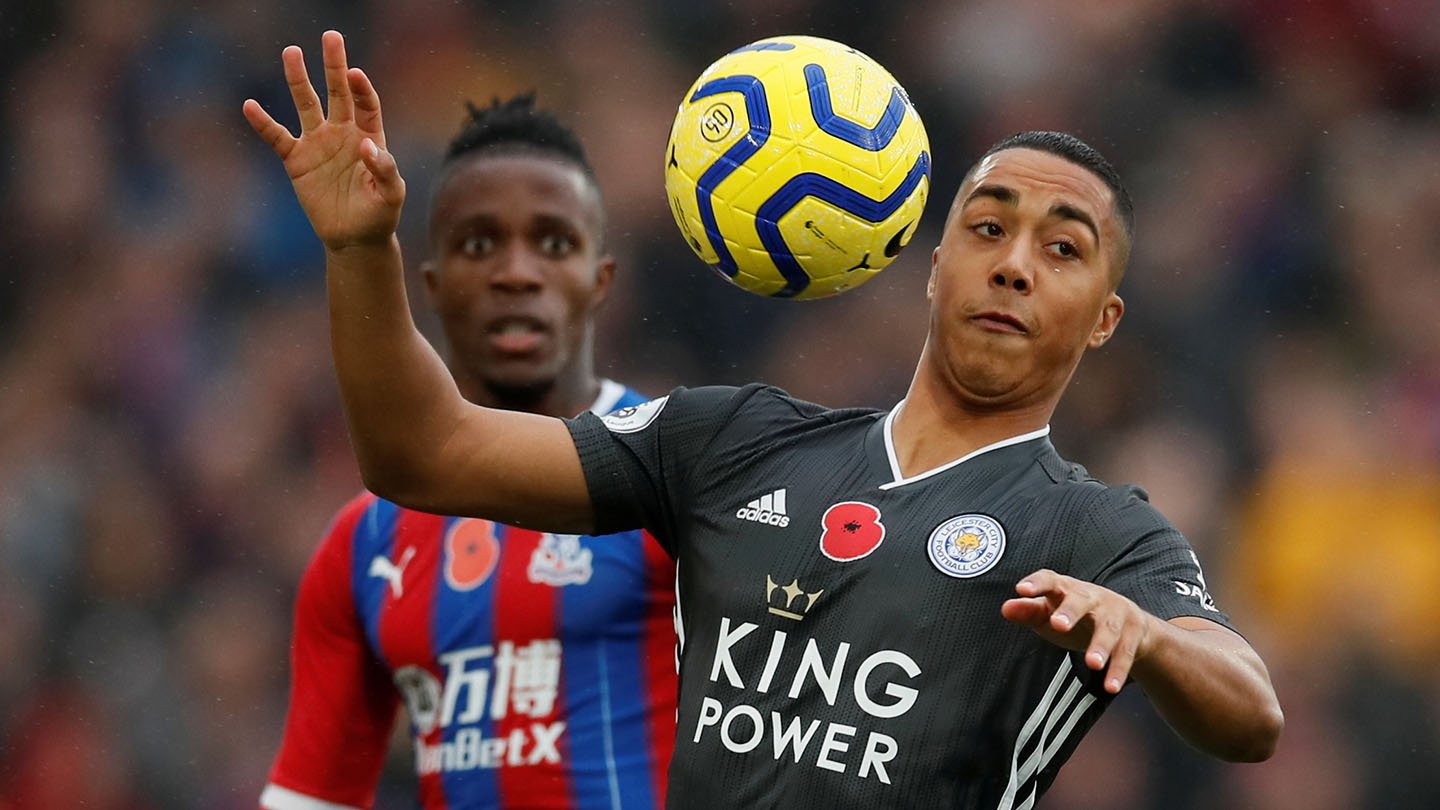 James McArthur was first to be crowded out by black shirts before Jordan Ayew found himself similarly frustrated moments later. And after skewing an effort over the crossbar, Ayew had made himself well acquainted with the visiting backline.

After 15 minutes, however, the game had levelled out and, following a defence-splitting pass from James Maddison, Jamie Vardy burst his way to the near post, where Guaita stood strong to deny the resulting close-range effort.

Barely a minute later, Maddison again almost succeeded as provider when his lofted corner found a leaping Jonny Evans, the ball then headed inches too high to find the net.

Ultimately, Evans’ warning to the Palace rearguard failed to materialise for the remainder of the first-half and it was the Eagles who posted the most threatening alert when Schlupp caught a dropping ball on his chest and launched a deflected effort at goal.

With the ball spinning down from Youri Tielemans’ calf directly towards the net, Kasper Schmeichel had no choice but to tip the shot to safety and back towards the Holmesdale faithful. 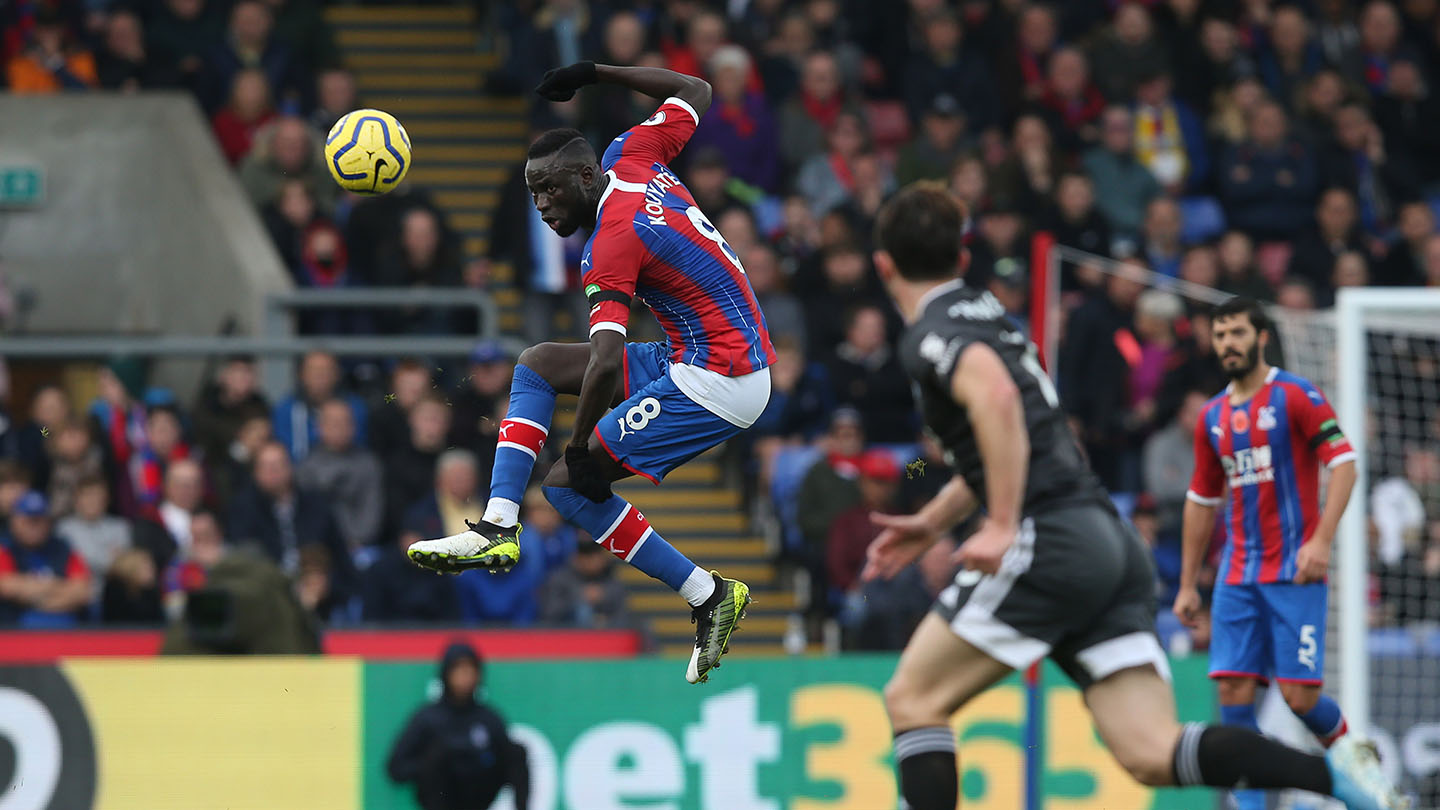 At half-time, then, the two sides fairly remained stuck in a deadlock.

Looking to increase the tempo of the game’s second-half, Palace cautioned the visitors as Cheikhou Kouyate whipped-in a fine cross towards the six yard box but, lunging forward, Ayew was unable to turn the ball home and Leicester were let-off with a sigh of relief.

There would be no such let-off for Palace five minutes later, though, when the Foxes took the lead.

After Guaita denied the persistent aerial threat of Evans with lightning-quick reactions, Soyuncu punished the hosts for leaving him unmarked in the box from the resulting corner. With a bundled header, the Turkey international set the Palace net rippling and un-did Guaita's fine work just seconds before. 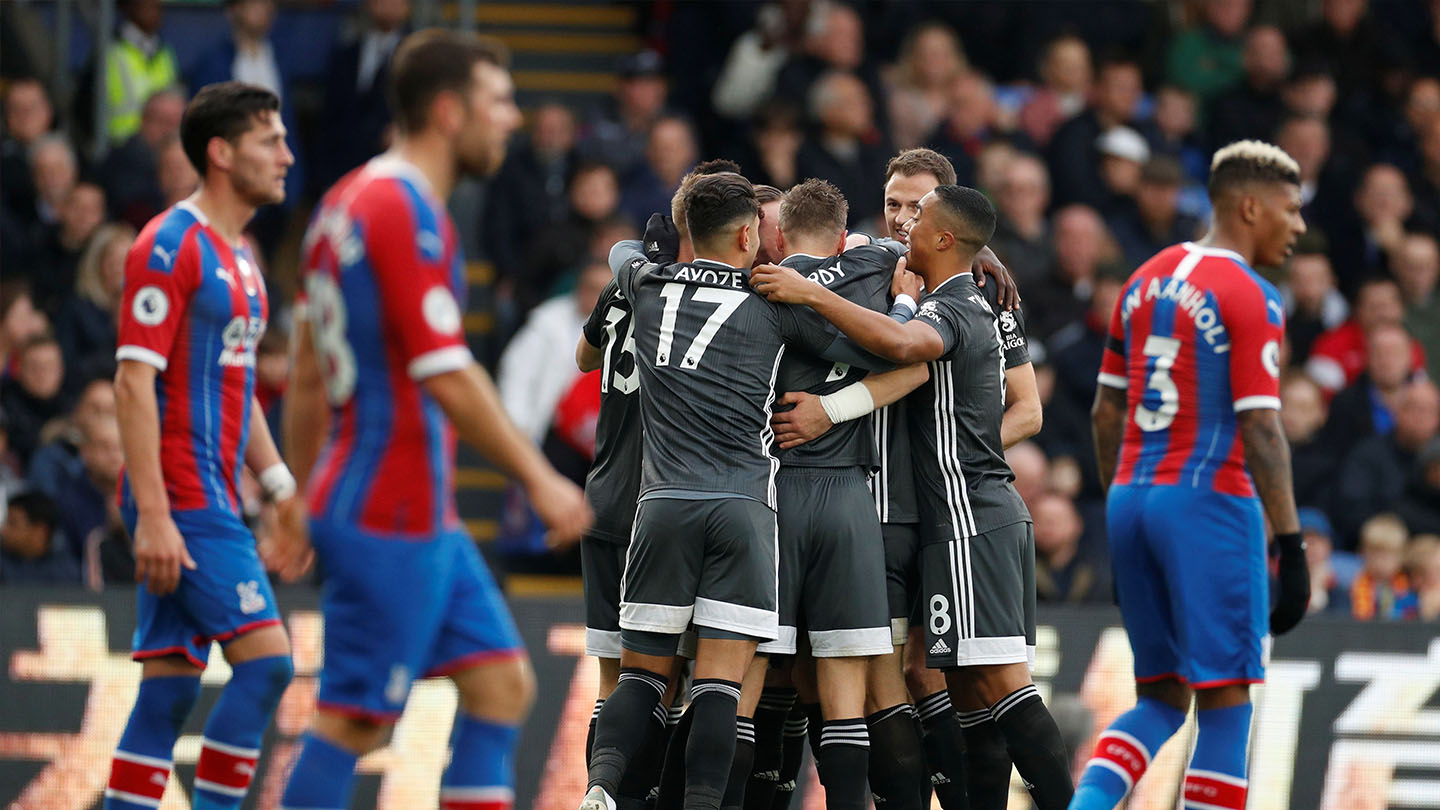 Palace sought to respond and one section of Selhurst’s Main Stand clearly felt they had when Schlupp fired a goal-bound ball only to be denied by the narrow deflection of a wall of Leicester bodies. In the same attack, Joel Ward fired into the gloves of Schmeichel.

After the vexation of having conceded in an even clash, Palace appeared motivated and were knocking loudly on their hosts’ door.

But their efforts were in vain come full-time after Vardy stroked a first-time effort into the back of the net on the end of a smartly played ball from Demarai Gray. 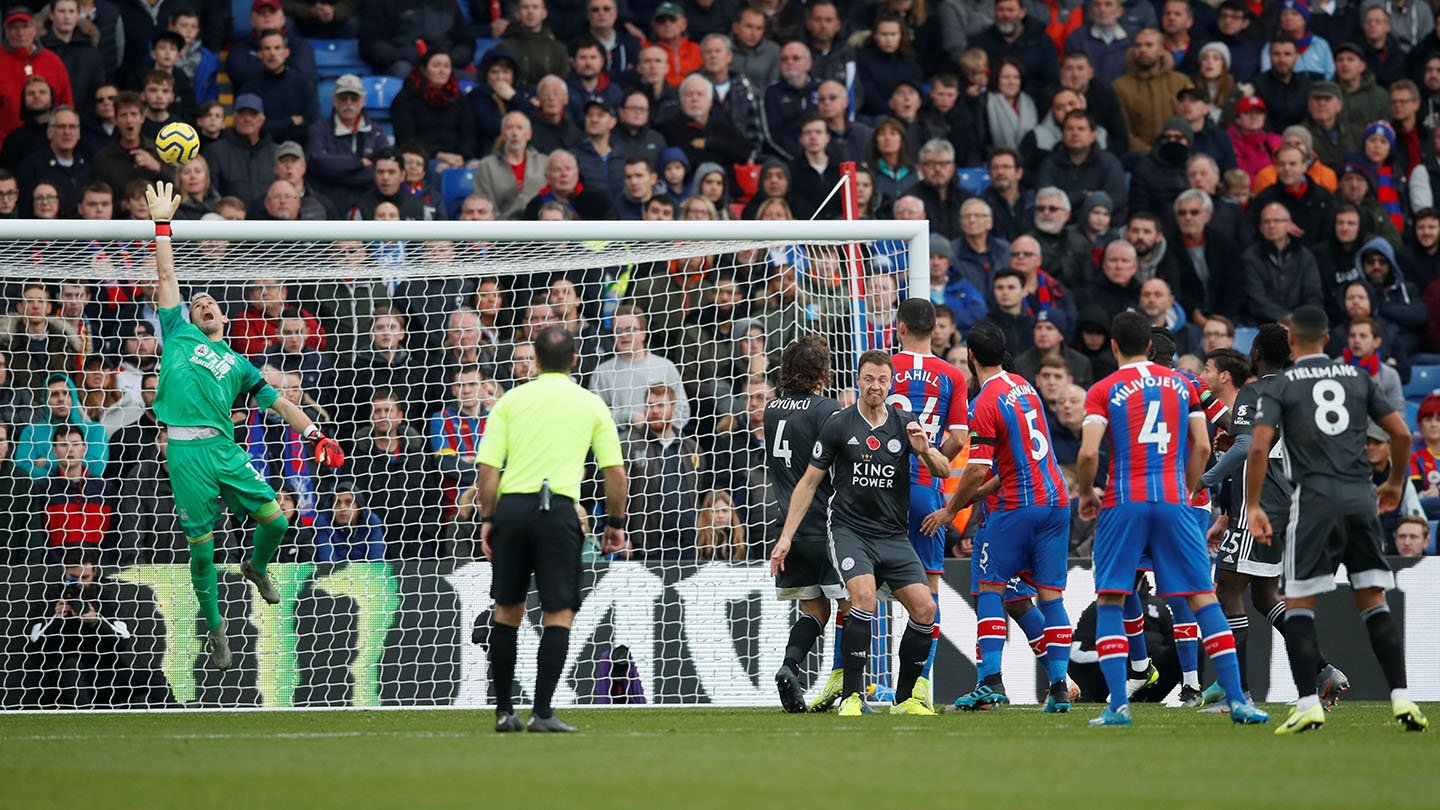 As if to pin the Eagles back for the afternoon's final few minutes, Ben Chilwell then clipped the inside of Guaita's post but his effort bounded into Palace's possession.

A third Leicester goal would have been harsh on Palace and, after a game which saw few chances fall to either side, the final whistle would sound with no further action.

Watch full post-match reaction and highlights of this clash by keeping an eye on Palace TV. Head to Palace TV by clicking here or 'Palace TV' in the official app.