Report: Pierrick at the double for Palace in draw with AFC Wimbledon

Academy forward Brandon Pierrick scored a brace at AFC Wimbledon tonight in south-west London, but twice the spirited hosts pegged Palace back, including a stoppage time scramble to secure the draw.

The first-half was an entertaining one, with both sides creating chances – albeit Palace having the lion’s share.

The returning Sakho and Sam Woods looked an assured pairing as they patiently built-up play from the back, with Jairo Riedewald soaking up pressure in defensive midfield.  Dreher glided effortlessly around the centre of the park, and Daly’s pace was causing headaches for the hosts’ entire defensive line, whilst Connor Wickham’s enormous presence provided a constant threat.

As early as the eighth minute, Wickham won a towering header down the right flank, and Daly – who had switched sides - accelerated past his man to gather the ball before striking wide of the far post.

AFC Wimbledon ‘keeper Nik Tzanev made several smart saves, including thwarting a sublime Wickham chip after sumptuous footwork from Dreher who had found a pocket of space, a third of the way through the half. 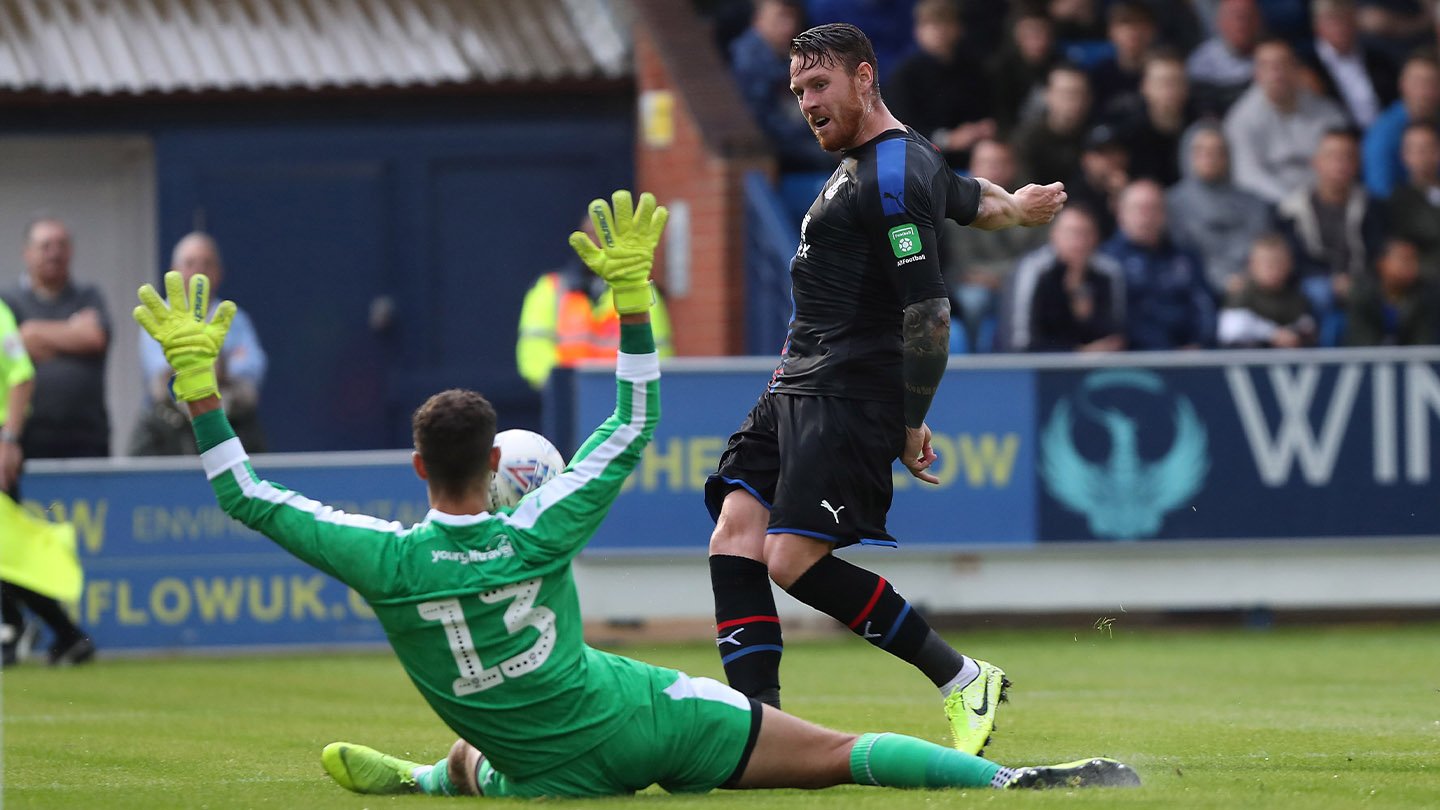 The hosts looked sharp down the left flank in particular, with the diminutive left-back Paul Osew and the lofty, lean winger Mitch Pinnock causing makeshift right-back Nik Tavares problems throughout the first half with their pace and threating crosses.  AFC Wimbledon had a goal disallowed for offside in the 15th minute after Pinnock was adjudged offside having successfully poked the ball under Stephen Henderson’s body, with Woods failing to clear on the goal-line.

Former Palace striker Kwesi Appiah also tested Stephen Henderson with a rifled shot from 20 yards early on in the half.

But it was Palace's 17 year-old forward Brandon Pierrick who broke the deadlock in the 31st minute, after Tavares floating cross found the leaping Wickham whose knock down fell at Daly’s feet in the box. The oncoming Tzanez failed to clear the ball, and it landed in Wickham's path who calmly found Pierrick to coolly slot home, and take the lead into the break.

Just one change at the halfway point from first team coach Dave Reddington, deputising for Roy Hodgson and Ray Lewington – both of whom were in attendance – with David Boateng replacing Tavares.

Early blows were exchanged after the restart, as Dreher’s solid effort in the 52nd was pawed away for a corner, before Pinnock fizzed one past Henderson’s right post from outside the box a minute later.

On the hour mark, Wickham received a beautiful cross-field ball from Dreher, and smoked a sweet strike from the right-hand side of the box wide of Tzanev’s goal.

Sakho was replaced on the hour mark by Ryan Innis as planned, leaving the pitch with a clean-sheet and more importantly - unscathed - much to the delight of Hodgson et al in the stands.  He received a fine ovation from a packed Palace end, high-fiving those in the front row and even posing for selfies.  A quick chat with Christian Benteke, also in the stands alongside Hodgson, and he was away down the tunnel.

Jack Rudoni came extremely close to levelling the score with a fine strike, as Wimbledon sensed an opening with Sakho now departed. Indeed, the resulting corner ended in a goal for the hosts, as Finlay Macnab headed home from point blank range.

Pierrick struck his second for the visitors on 72 with a drilled finish along the deck from the edge of the box, assisted neatly by David Boateng.  Chances kept coming for the visitors in the dying minutes, as Pierrick’s replacement Lokilo created a golden opportunity for Wickham whose header faded wide. 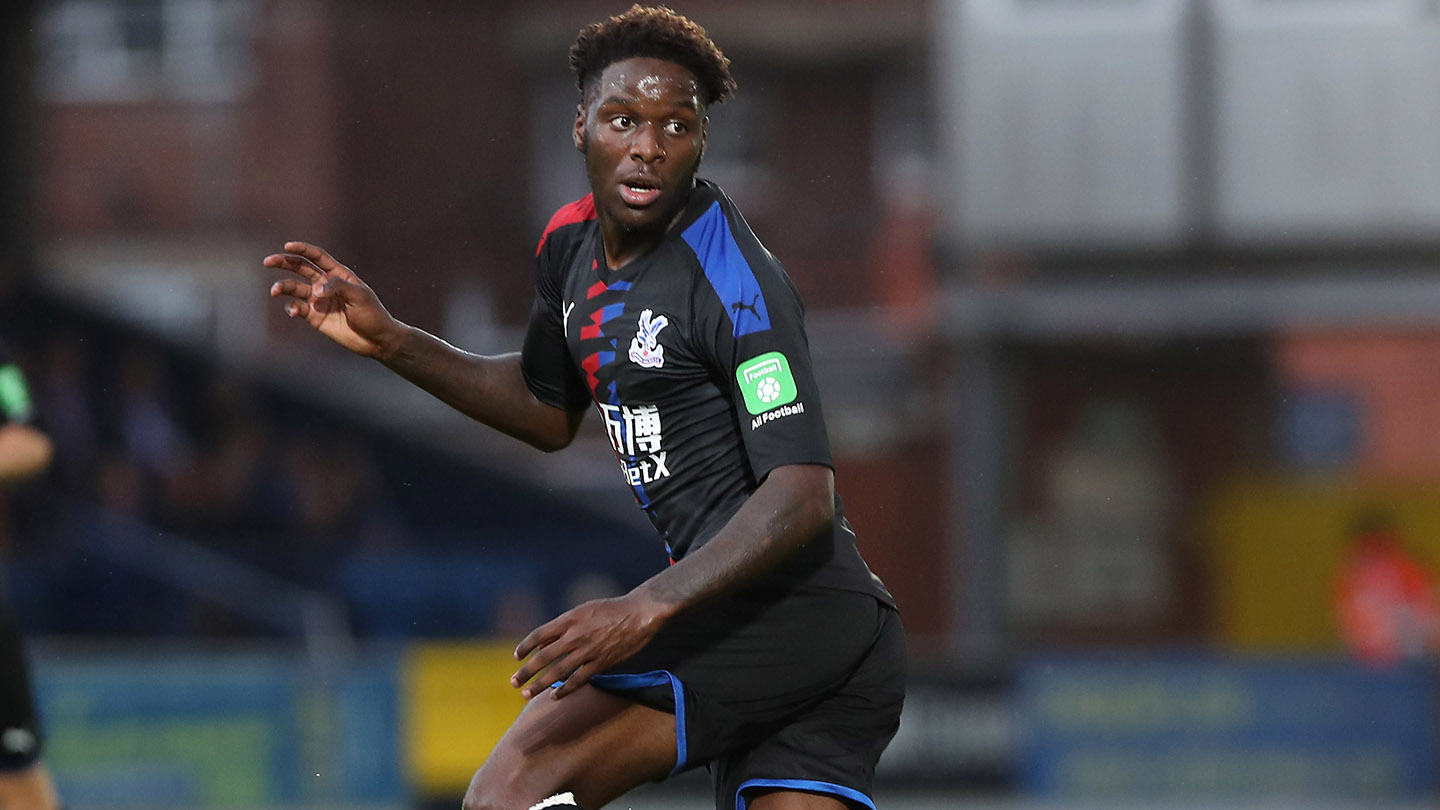 With five minutes left on the clock, Rudoni struck the post for the hosts, and back to back corners in the 90th minute resulted in a frenzy in the Palace box - with Henderson twice keeping the Wombles out, but substitute Tommy Wood snatched a goal at the third time of asking to nick a draw.