Palace fell to their first league defeat of 2021 against Manchester City, as John Stones’ scored twice in a game defined by moments of exceptional attacking quality.

As expected City controlled possession early on, but struggled to break down a disciplined Palace midfield. Two early corners came to nothing, and Jordan Ayew was working hard to hold the ball up in attack and allow his teammates to come forwards.

With numbers in midfield Palace were able to put pressure on the ball, with Luka Milivojevic and Andros Townsend combining well to win back possession high up the pitch; the latter’s cross couldn’t find Eberechi Eze at the far post.

City attacking intent was clear to see, and a it took a series of brave interventions to protect Vicente Guaita in the Palace goal. Jinking inside from a corner, Raheem Sterling’s shot was blocked, as were the follow-ups from Kevin de Bruyne and Ilkay Gundogan. 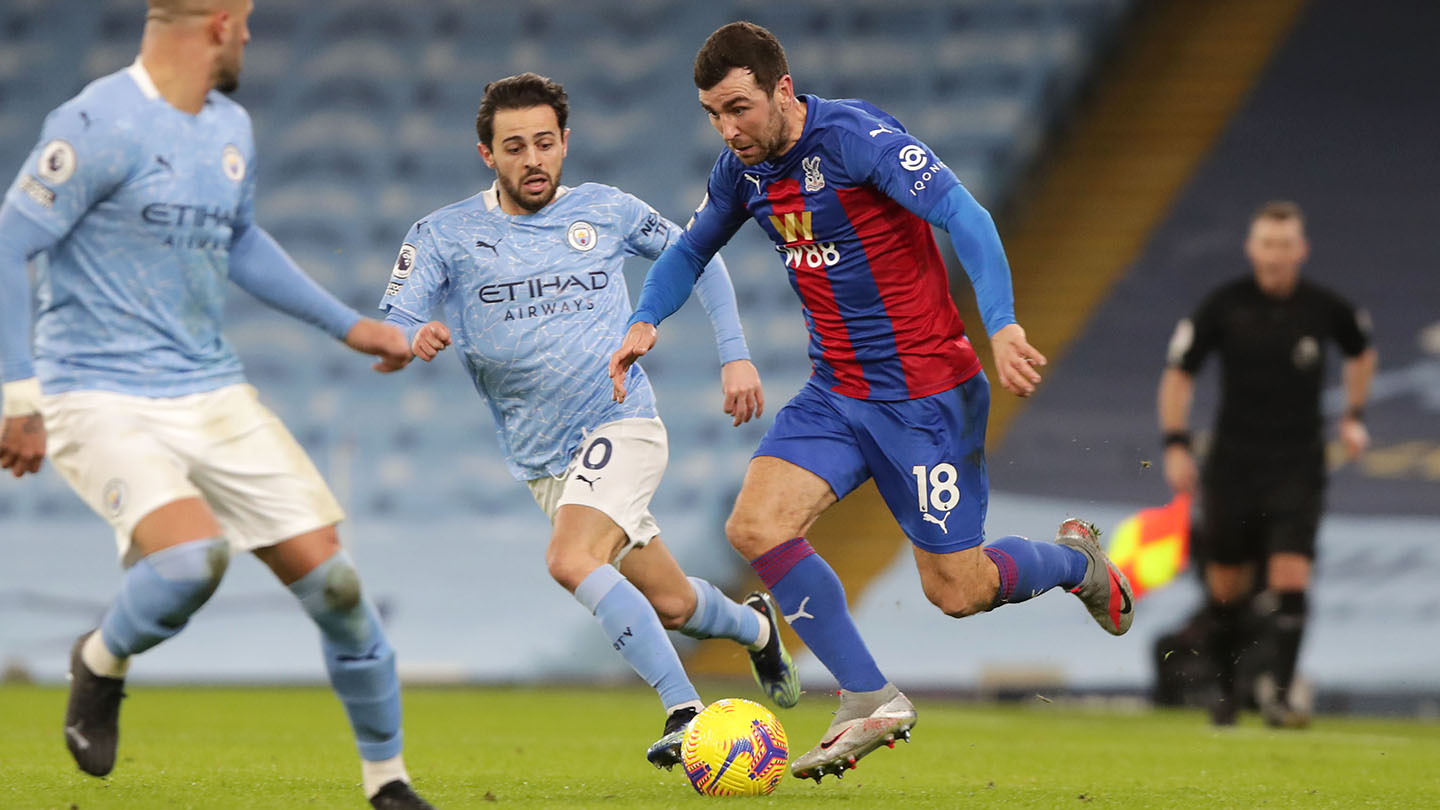 Palace had bodies back in numbers and were grateful for the returning Gary Cahill in getting the ball away.

City took the lead midway through the half, and it took the vision of De Bruyne to unpick a resilient Palace backline.

Finding space on the right-hand side, the Belgian’s outside-of-the-foot cross was perfectly measured for John Stones, who headed past Guaita from close range. The defender’s header was well placed, but it was a goal made possible by the brilliance of the assist.

Palace responded well, and came forward with Ayew on the edge of the area. In space, he attempted to lay-off for McArthur rather than shoot; the Scot went down under pressure as the ball was intercepted, but there were no real appeals for a penalty.

The hosts continued to pour forwards. Clipping the ball over Tyrick Mitchell, Bernardo Silva found Gundogan, whose header almost fell for Gabriel Jesus six yards out, but James Tomkins did enough to put the Brazilian off at the crucial moment.

In the second-half City continued to press high, as Palace saw more of the ball but struggled to sustain an attack going forwards. 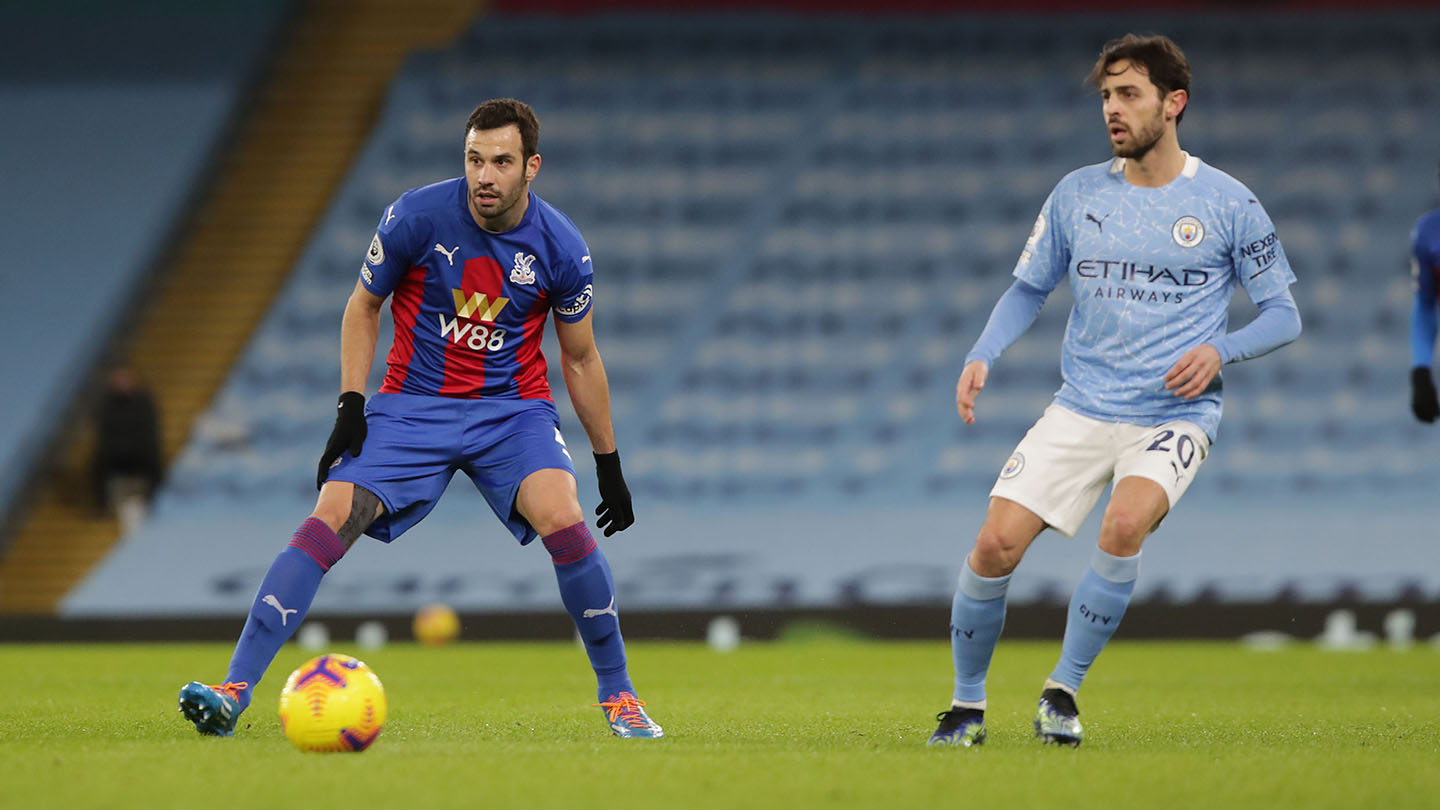 Soon, City doubled their lead, and much like the first it was a goal borne of exquisite quality. Picking up the ball on the edge of the box, Gundogan evaded a challenge and curled the ball into the top corner – Guaita was left helpless by the accuracy of the strike.

De Bruyne was on sensational form and continued to dictate the hosts’ attacking efforts, finding Sterling with an excellent through ball. It took a well-timed sliding tackle from Milivojevic to force the ball behind.

Ruben Dias met the resultant corner at full pelt, his downward header pushed away by Guaita, but Stones was on hand once again to turn it home for his second, and City’s third.

Despite City’s possession Ayew continued to work hard in attack, latching onto a Fernandinho mistake and advancing on Ederson’s goal, but the Brazilian recovered to make a challenge, and the referee was unmoved by appeals for a penalty.

With two minutes to go Sterling made it four, and once again it was a finish which gave Guaita no chance in the Palace goal. Lining up a free-kick on the edge of the area, Sterling’s right-footed effort hit the very spot Gundogan’s effort had found earlier, nestling in the top corner.