Crystal Palace's penultimate away game of the season saw the Eagles leave Villa Park on the wrong side of a Trézéguet brace, after VAR had ruled out an early Mamadou Sakho opener. 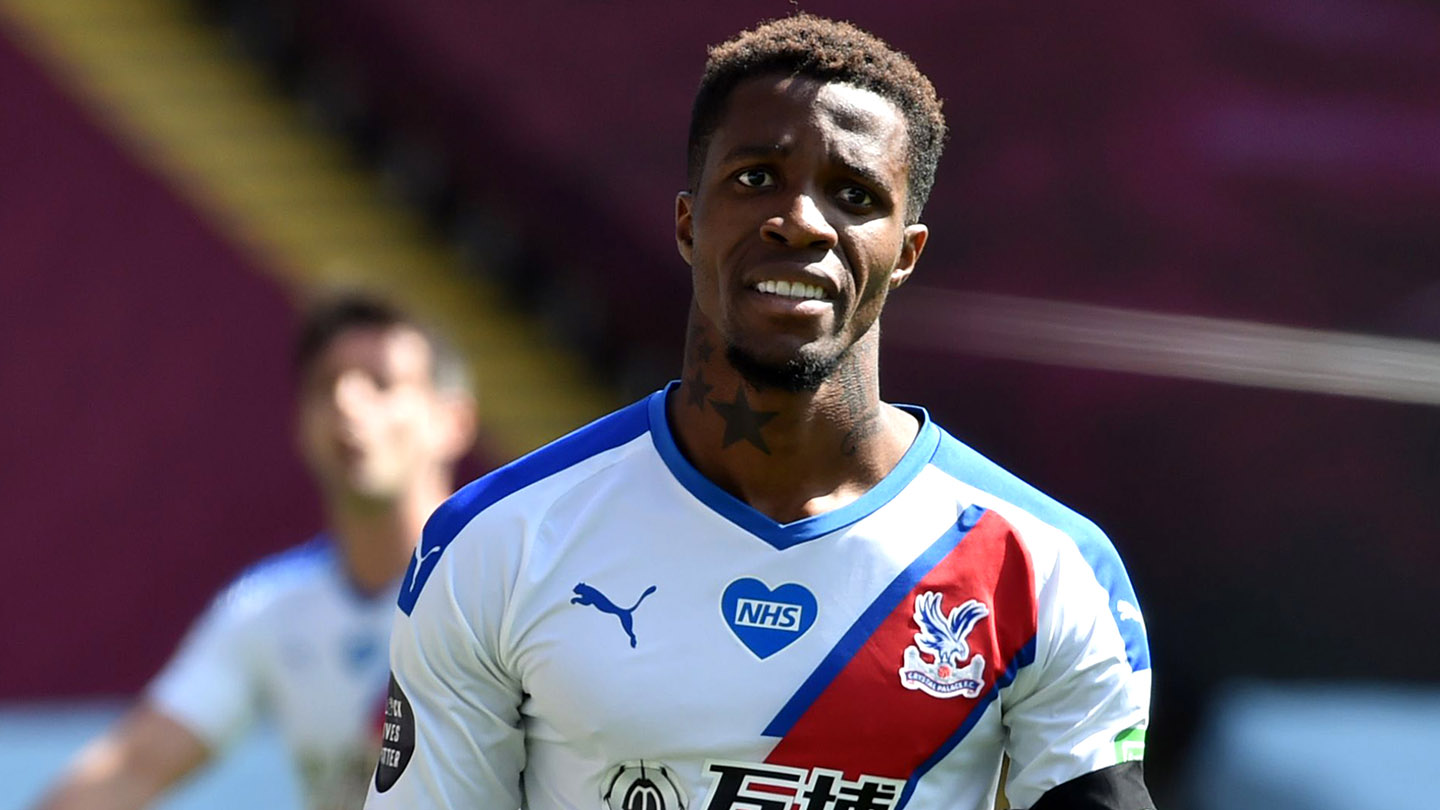 With Aston Villa’s status as a Premier League club in serious jeopardy after wins for Watford and West Ham United yesterday, it was no surprise that the first moment of real attacking impetus went to Dean Smith’s side.

After winning the ball in the middle, Conor Hourihane tapped the ball forward to Jack Grealish, with the attacking-midfielder able to drive forward at Palace’s defence, eating up the ground in front of him that the Eagles’ rear guard were retreating from.

Hourihane continued his run without the ball and overlapped to Grealish’s left, with the England Under-21 international returning the favour from seconds earlier and passing the ball to his onrushing teammate.

With an experienced centre-back partnership in Sakho and Scott Dann forcing Grealish to relieve himself of possession, it was then Joel Ward who demonstrated his knowledge of the game with a a smart and important block of Hourihane’s goal-bound effort.

The Villains may well have had the first attacking moment of the game but it was Roy Hodgson’s side who had the ball in the net first. However, Sakho’s well-taken shoulder was deemed to be handball by the Video Assistant Referee (VAR). 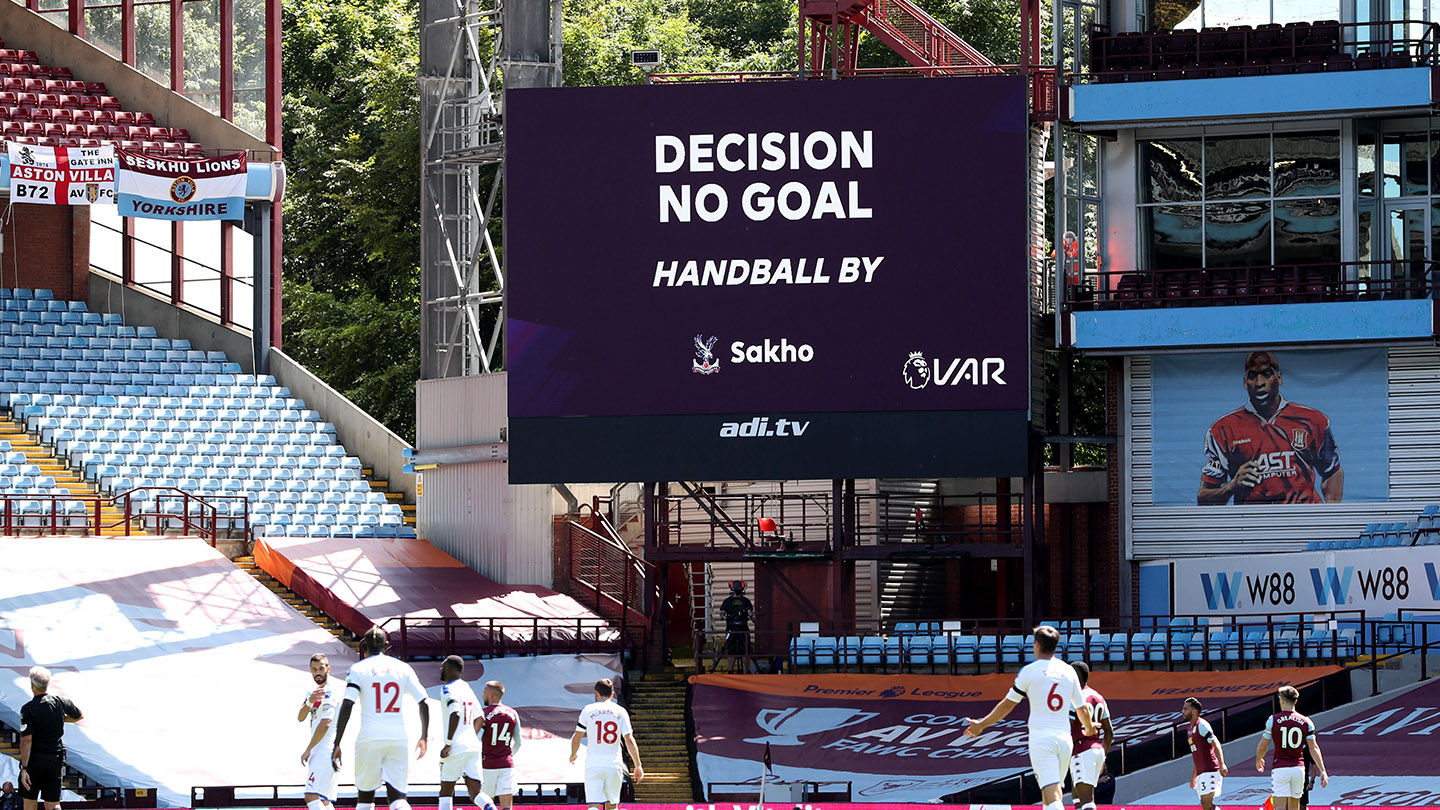 Irked by the sense of injustice to his team, Christian Benteke tried to take matters into his own hands and nearly added a fine solo goal to his Palace collection; the striker fought off – and then pushed between – Villa’s two right-sided defenders. However, Neil Taylor managed to get a slight touch which handed the advantage to the fast-approaching Pepe Reina to clear out for a throw. 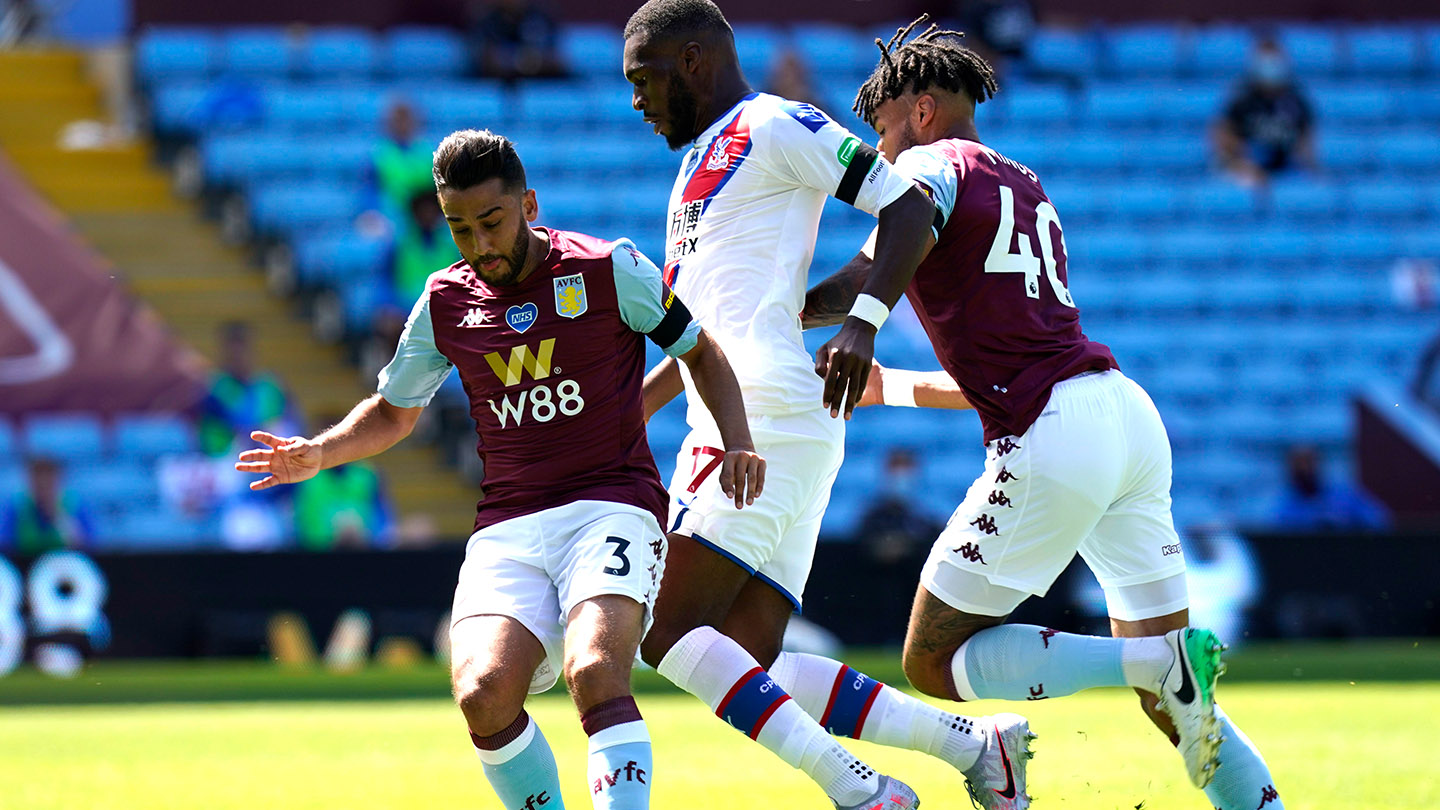 The final third of the first ’45 shifted in Villa’s favour and Mbwana Samatta really should’ve, at the very least, tested Vicente Guaita after a perfectly-placed Ahmed Elmohamady cross landed on the striker’s head – despite exceptional technique and power generated, the header went over Palace’s No.31’s goal.

Grealish was next to get on the end of a well-worked Villa move, one that he started when he played John McGinn into plenty of space in central midfield. Eventually, it was another impressive cross from Elmohamady to find Grealish at the back post. However, the volley from Grealish, although controlled, it lacked pace and power and Guaita got down well to push the ball round for a corner.

The Eagles almost punctured the Villains' dominance in the closing stages of the first-half, with former Aston Villa striker Benteke having a double chance but the forward’s two snap-shots were denied by Reina.

In the first minute of injury time, Villa took the lead. Unfortunately, an excellent defensive header from Ward from a dangerous set-piece from the hosts landed at the feet of Trézéguet who took his chance well from close-range. 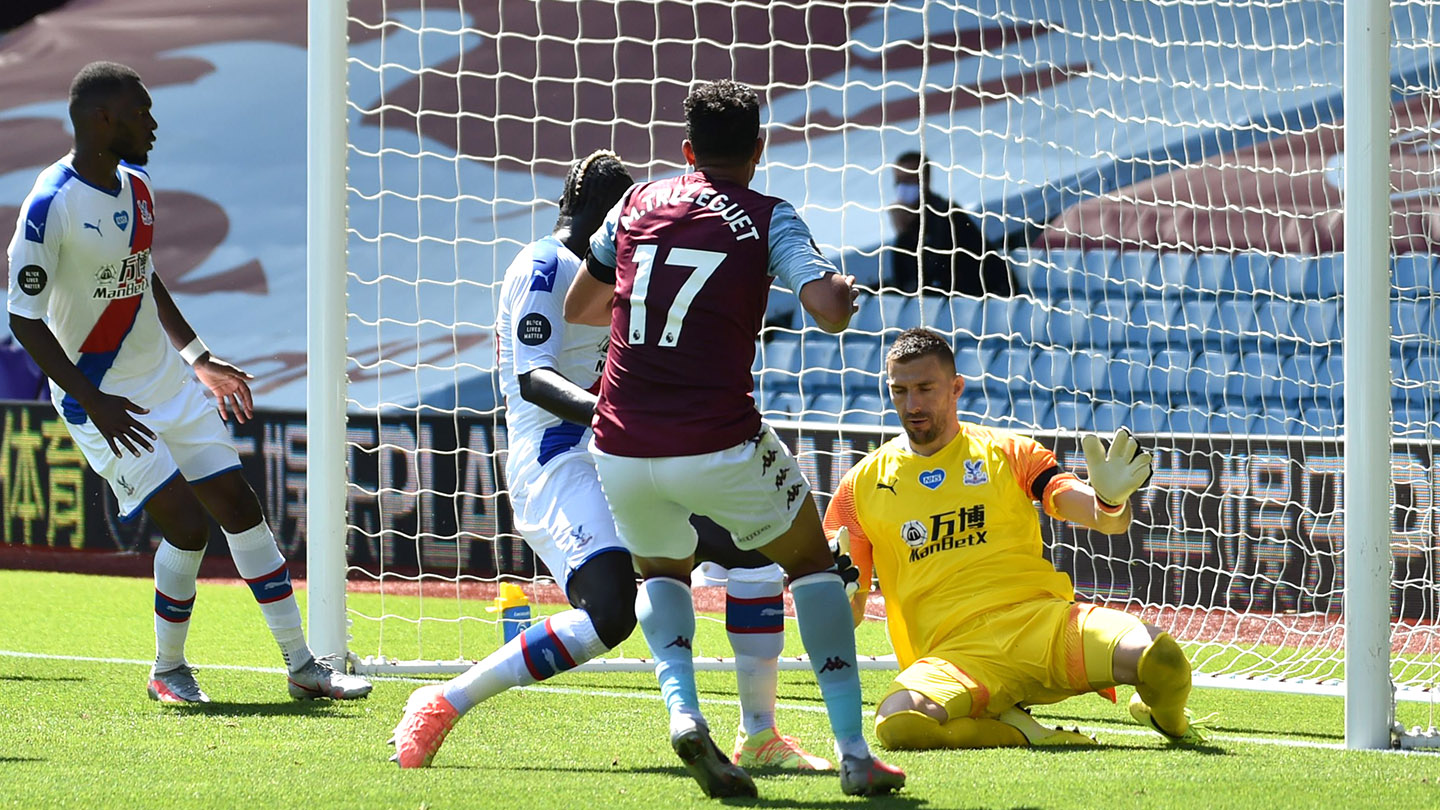 Right after the referee’s whistle to kick start the second-half, VAR levelled up proceedings, this time ruling in favour of Hodgson’s charges and overturning a penalty award that the referee had initially adjudged Van Aanholt to have fouled Grealish.

On 58 minutes, Trézéguet prodded Aston Villa into a two-goal lead; a deeply unfair moment for Guaita, who had just saved superbly from a Hourihane free-kick and the resulting corner saw the Palace ‘keeper pull-off another exceptional stop from Konsa after shuffling along his line well. 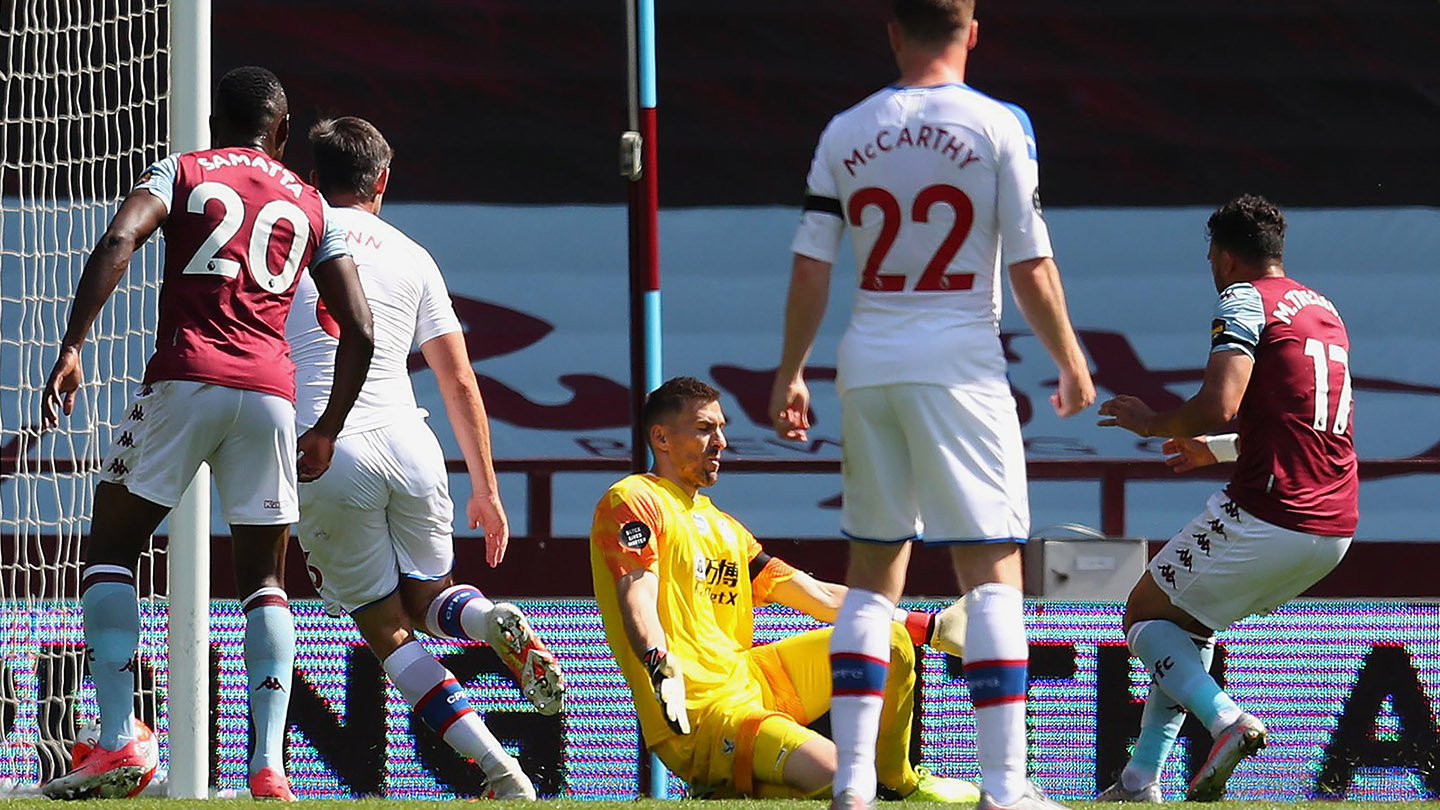 It was turning into a busy afternoon for the Palace shot-stopper, pulling off another excellent save, this time from Hourihane’s arrowed strike from the edge of the area.

With Guaita’s goal under siege, Hodgson took off Jordan Ayew and Cheikhou Kouyaté and replaced the duo with Jaïro Riedewald and Andros Townsend with Palace tweaking personnel in search of that deficit-halving goal. 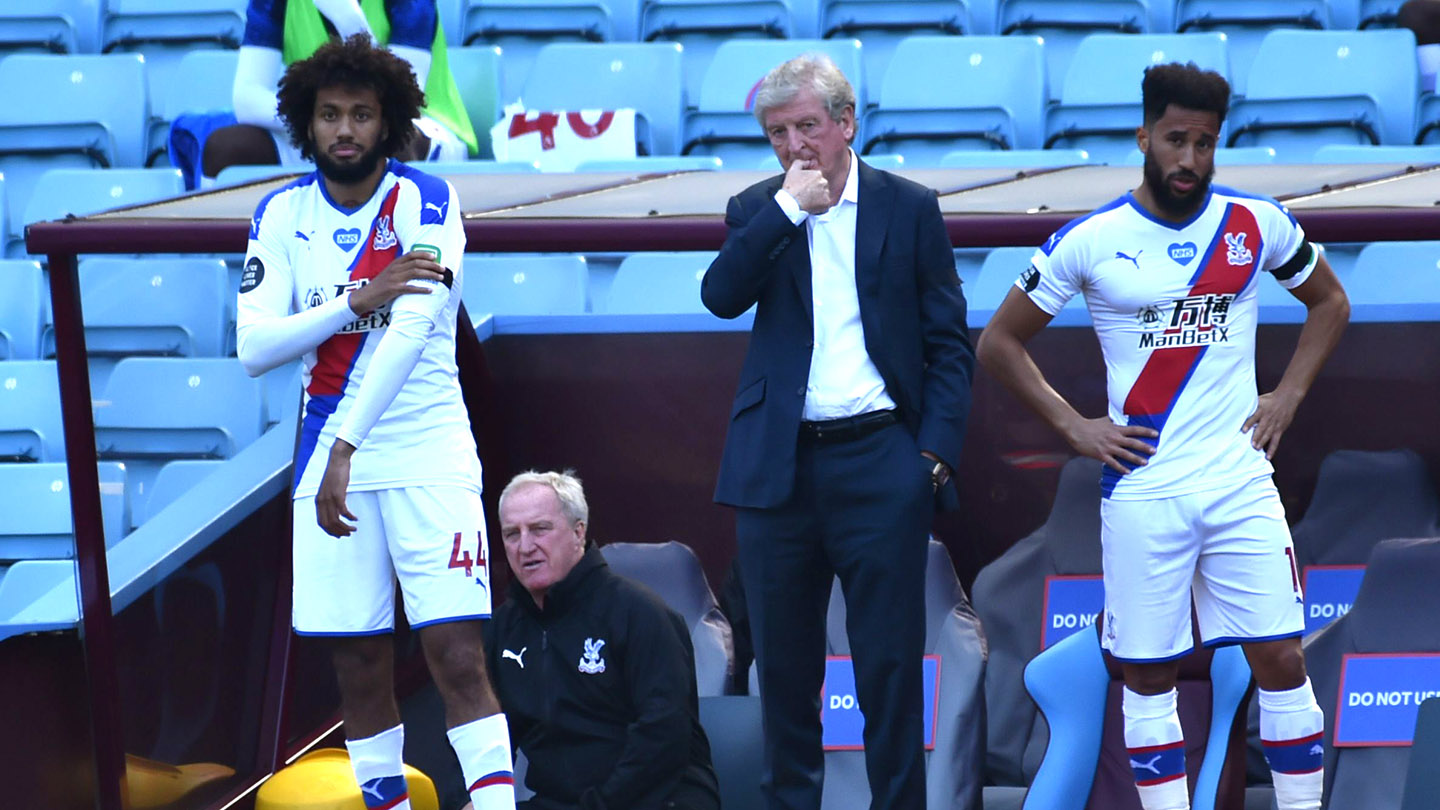 Next to join proceedings was Max Meyer, replacing captain Luka Milivojević for the final 15 minutes, with Hodgson front-loading his Eagles XI.

That shift in the midfield almost resulted in an instant reward for Hodgson with a trademark Van Aanholt dart into the opposition box, but Reina predicted the left-back’s attempt to slot the ball past him and inside the near post.

Then it was substitute Townsend looking to find that morale-boosting first goal of the afternoon for the south Londoners, with the winger recycling the ball well at the back post to dink in a tempting cross. However, Benteke wasn’t best-placed to connect as he would’ve wanted to. 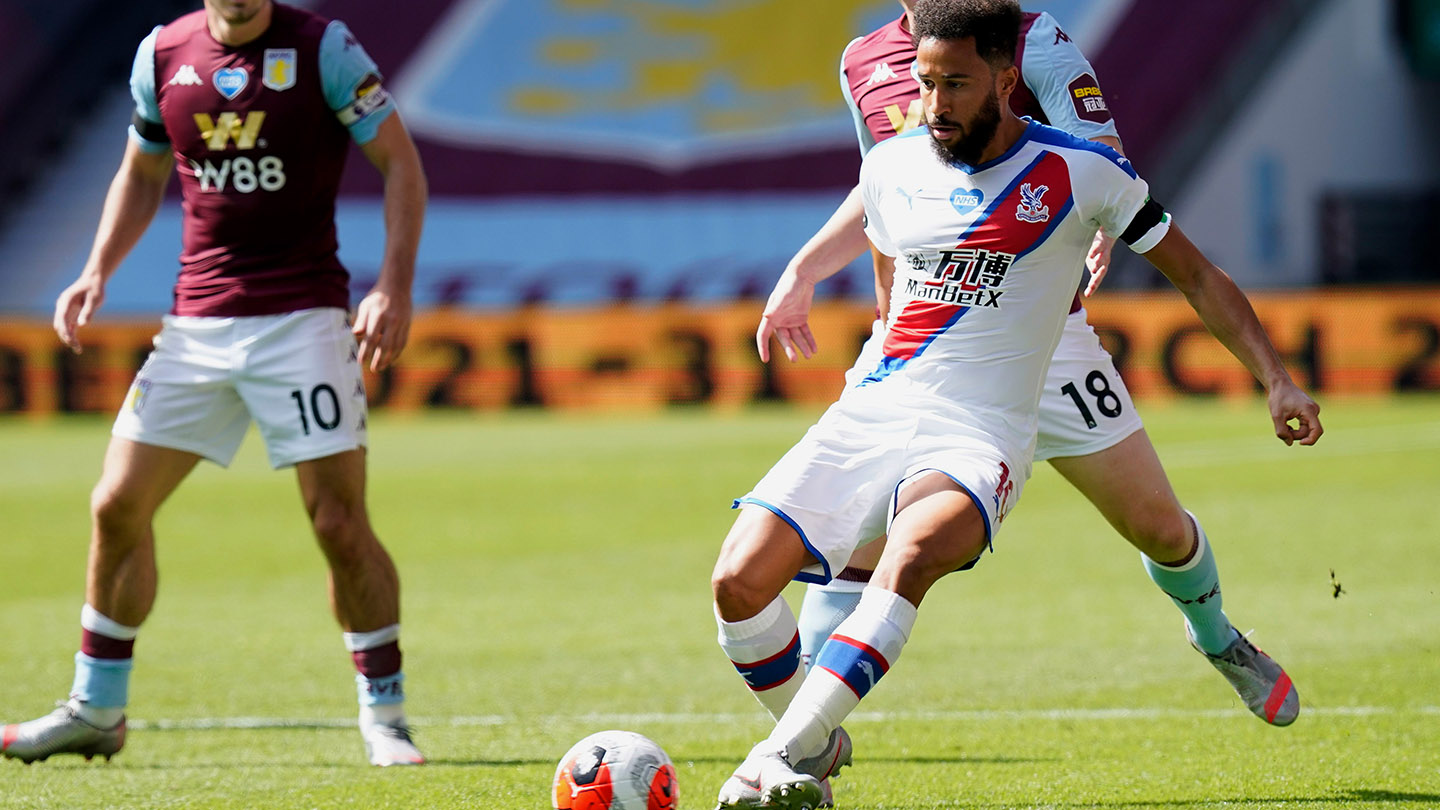 Despite the loss, with three games left, Roy Hodgson's side can still record the Eagles' highest Premier League points total. However, the south Londoners will have to do it without Benteke after the striker was sent-off after the full-time whistle.