Jordan Ayew found the perfect time to net his first goal for Palace as he sparked a late surge that saw Palace net twice to seal all three points against Wolves at Molineux.

The Ghanaian striker began 2019 with a bang as he produced a composed finish with three minutes remaining to edge his side towards victory in a tightly-contest affair, and with the last kick of the game Luka Milivojevic emphatically dispatched a penalty to seal another away win for Roy Hodgson’s side.

Despite the pre-match flames and fireworks, the game kicked off in freezing temperatures and it took a while to heat up with few moments of goalmouth action in the opening 25 minutes.

The only early sparks came when Raul Jimenez saw a dipping attempt flash over from distance before Palace responded when Andros Townsend stole the ball off Willy Bolly to set up Milivojevic on the edge of the box who saw his effort tipped over by Rui Patricio. 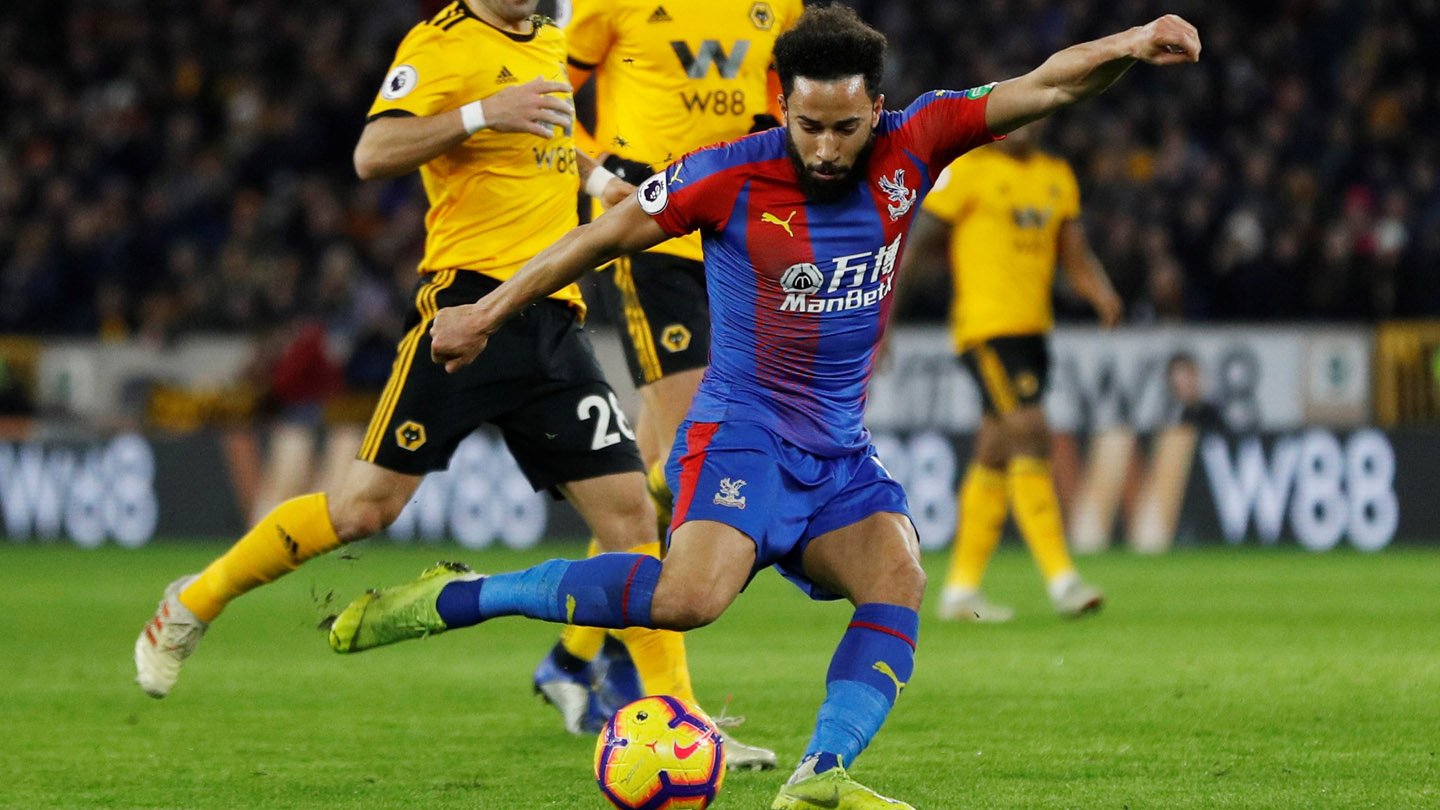 Townsend was then unable to trouble his Manchester City wonderstrike in the Goal of the Season voting as he belted the ball high into the huddled masses behind the goal, but on 36 minutes the hosts had a huge opportunity to take the lead with the encounter’s first real chances.

Ivan Cavaleiro’s corner was met by an unmarked Boly who messed up his own attempt at a header, but the ball fell kindly to Matt Doherty to nod goalwards himself but the matchwinner back in October couldn’t find the net once again when well-placed, which also was the case in the final seconds of the half when Mamadou Sakho failed to turn home Patrick van Aanholt’s free-kick with his head from a tight angle. 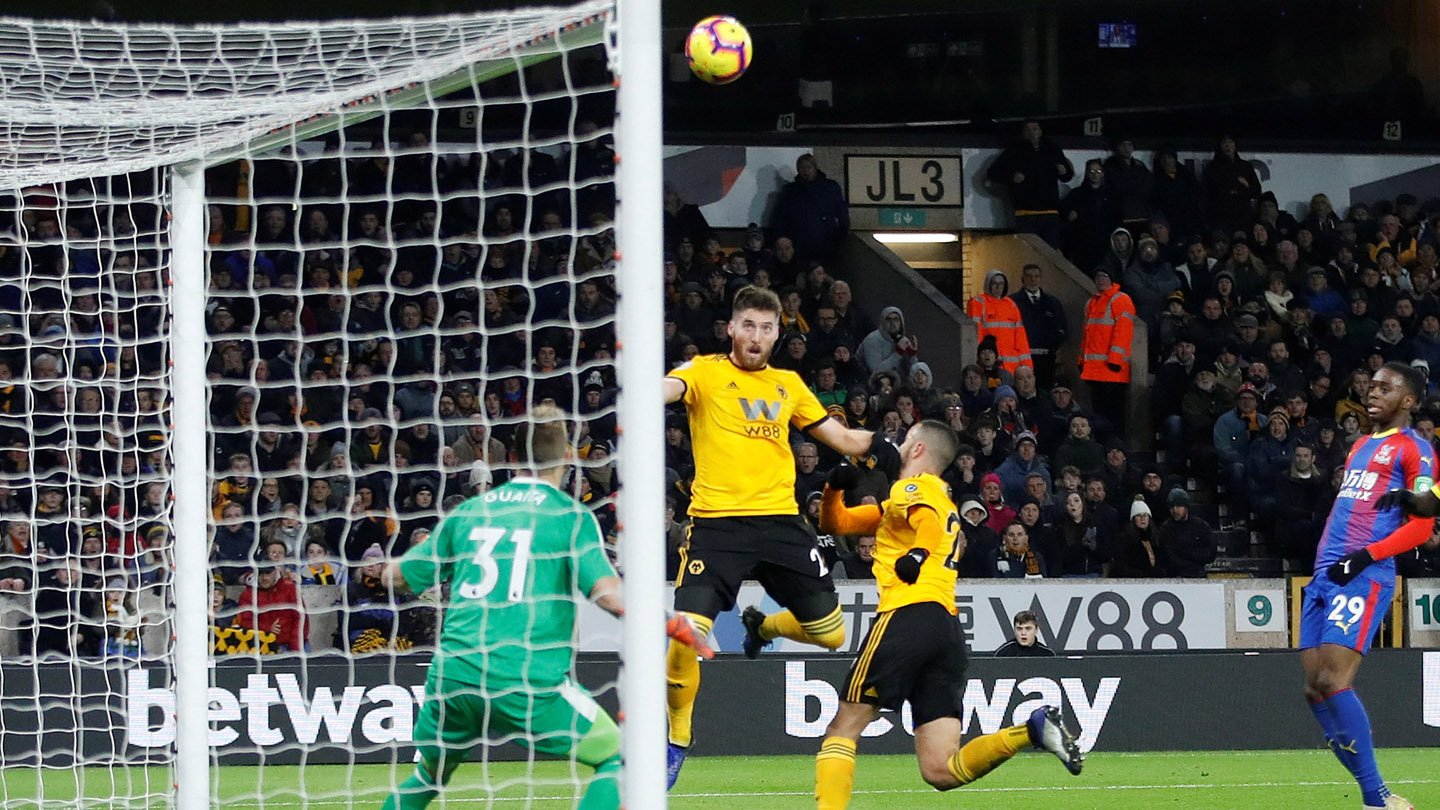 When play resumed the shots continued to be wayward and Jonny was the next to fail to trouble the goalkeeper when he untidily shanked into the crowd when picked out by a Doherty cutback, followed by Ayew when he was sent rushing goalwards by a Townsend through-ball, but having been forced wide by Conor Coady he did as well as he could to get a shot away, albeit well wide.

But as the game snuck into the 80th minute, Palace began to look more menacing and nearly conjured a way to get in front when Wilfried Zaha, Townsend and Cheikhou Kouyaté saw shots blocked during a goalmouth scramble, however three minutes later the Eagles did snatch the lead when Van Aanholt saw a cross-shot screw perfectly into the path of Ayew, who took a touch before placing the ball into the net to net his first Eagles strike. 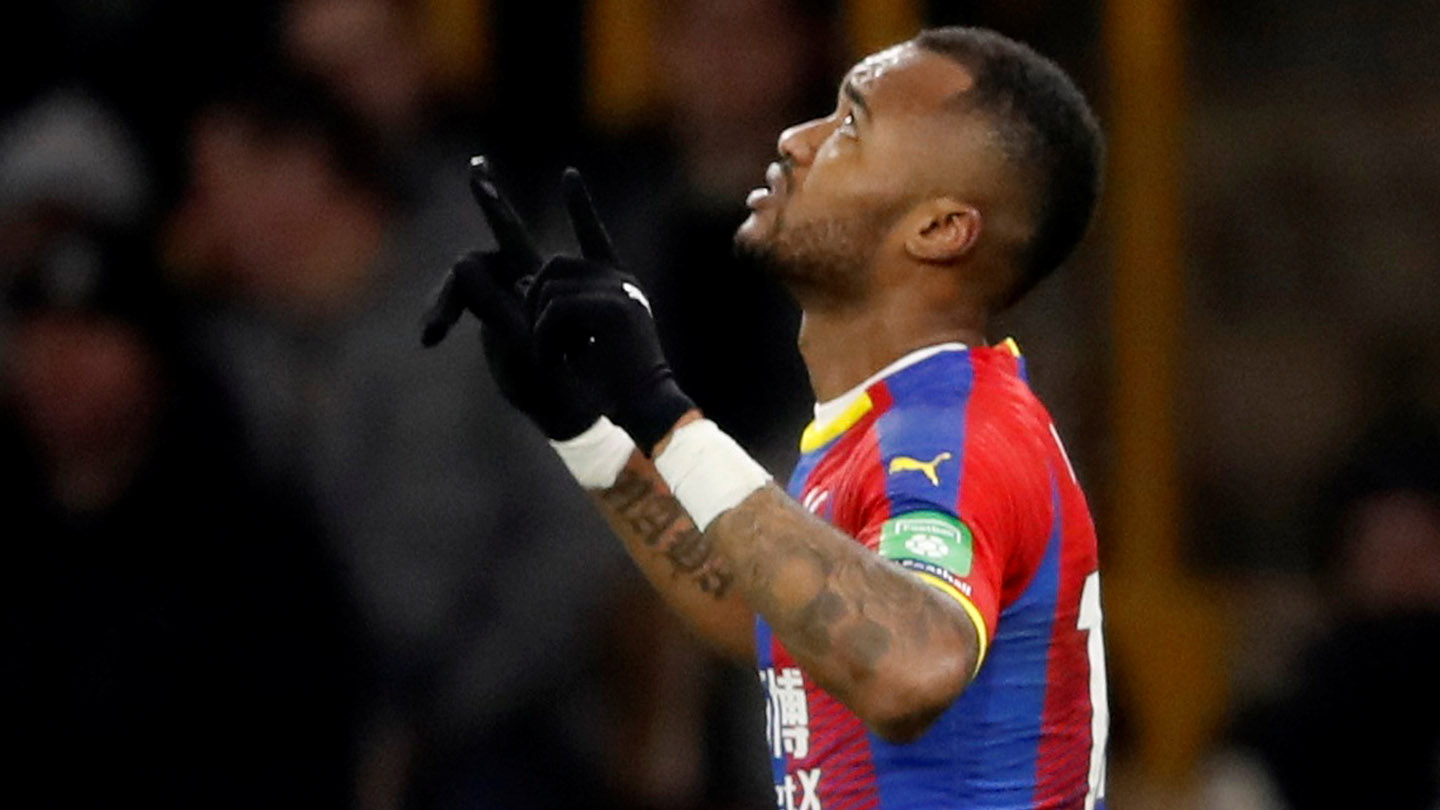 With only a few minutes to see out to claim the win, Vicente Guaita was called into his first save of the night in stoppage-time when Ruben Neves saw a low drive head goalwards, but the shot-stopper did well to beat the ball away to safety and keep his sheet clean.

And that proved vital as moments later, Hodgson’s team were awarded a penalty when Zaha was tripped in the box by Ryan Bennett and Milivojevic drove home the spot-kick to ensure his team began the new year in the best way possible. 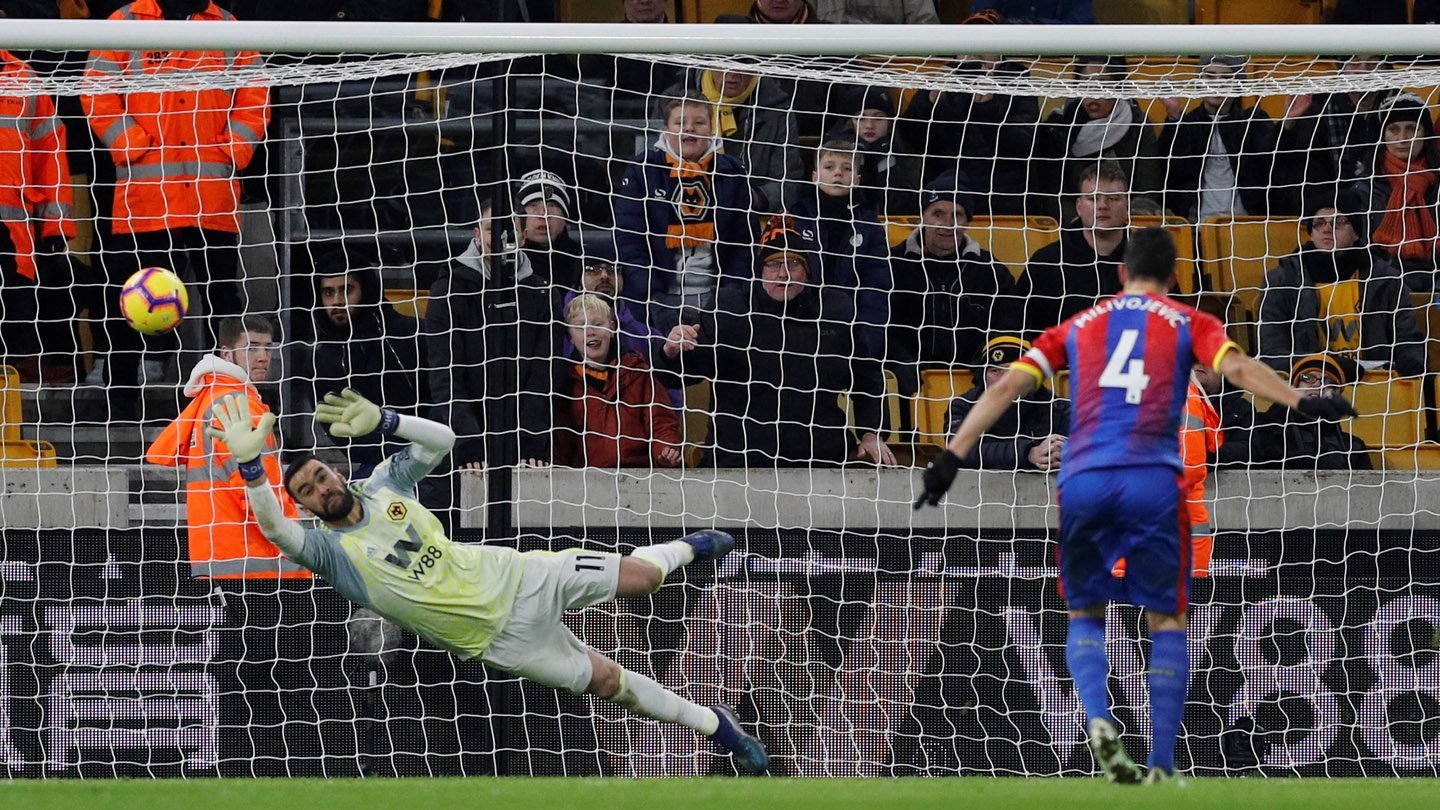