A high-tempo 90 minutes was played out at Molineux, with both teams knowing that a win would, as a minimum, see them rise to third in the table. Despite dominating the second-half, Palace ultimately couldn’t undo the first-half goals from Rayan Aït-Nouri and Daniel Podence. 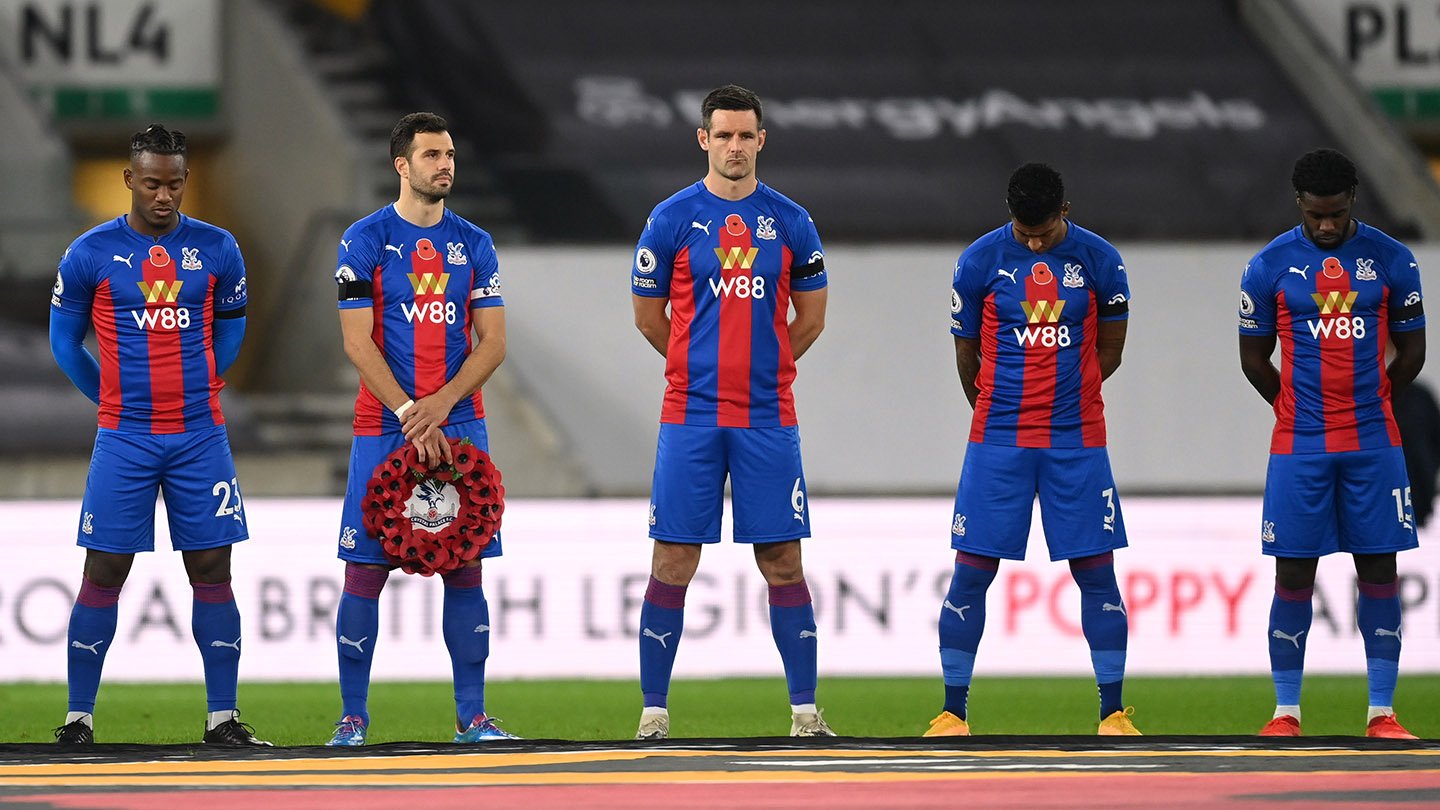 Palace started on the front in the first minute, with Jaïro Riedewald jinking past two Wolverhampton Wanderers defender before poking the ball into the path of Andros Townsend, who was running inwards from the right-wing across the face of the penalty box. The winger then picked out Wilfried Zaha on the other side of the box, who passed Nelson Semedo with ease but couldn't find the target with his lashed effort. 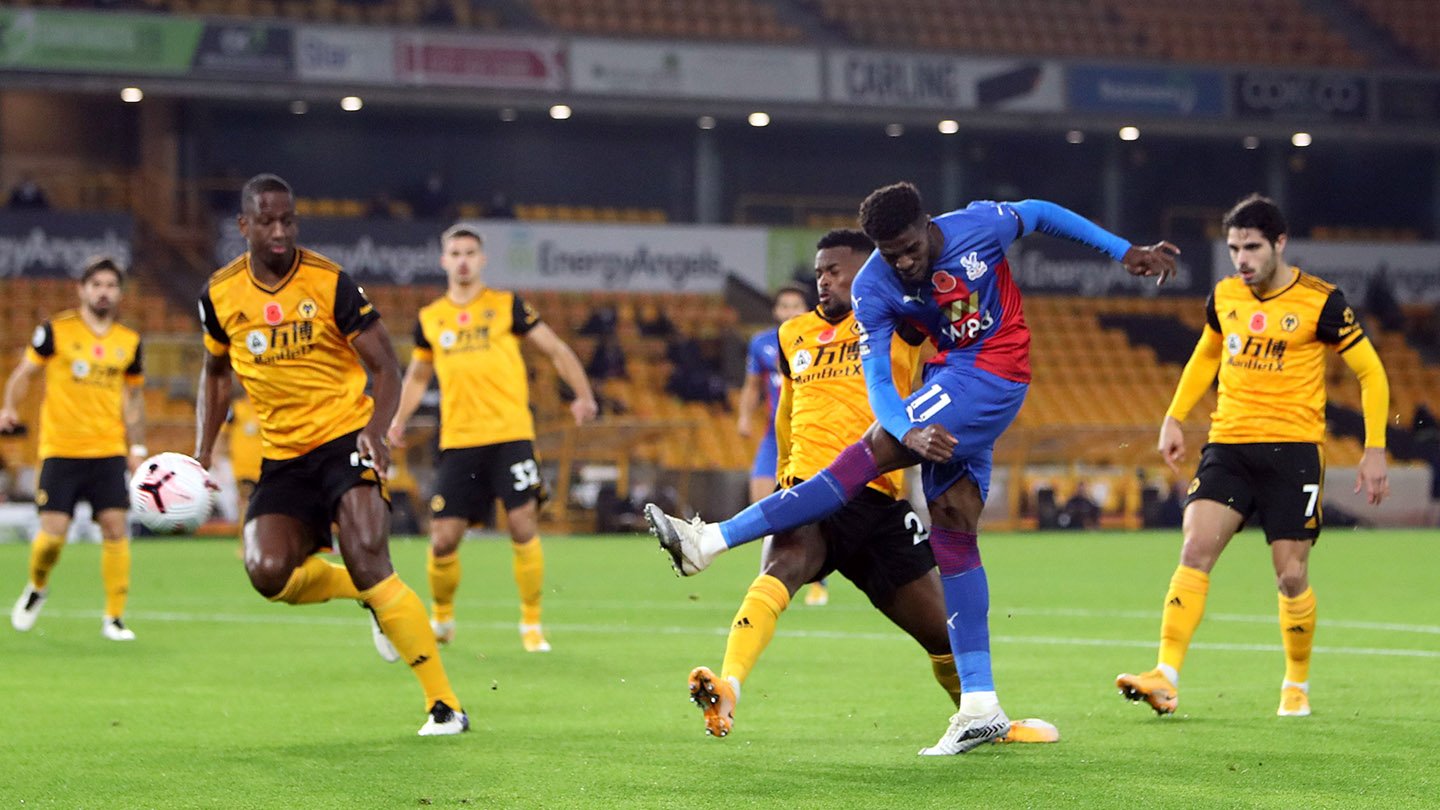 The early warning from the Eagles saw Wolves respond with a sustained spell of pressure that, over a 10-minute period, saw Podence come closest when, taking up a position on the left-wing, cut inside and forced a good save from Guaita.

Palace and Wolves were both playing with real zip, moving the ball through the lines at pace. And it was an electric Eagles move that caught Nuno Espírito Santo’s side out. Zaha’s quick tap into the path of Jeffrey Schlupp, whose first-time ball sent Van Aanholt away down the left. The left-back then sent in a trademark cross and found Michy Batshuayi to ruthlessly fire past Rui Patrício. 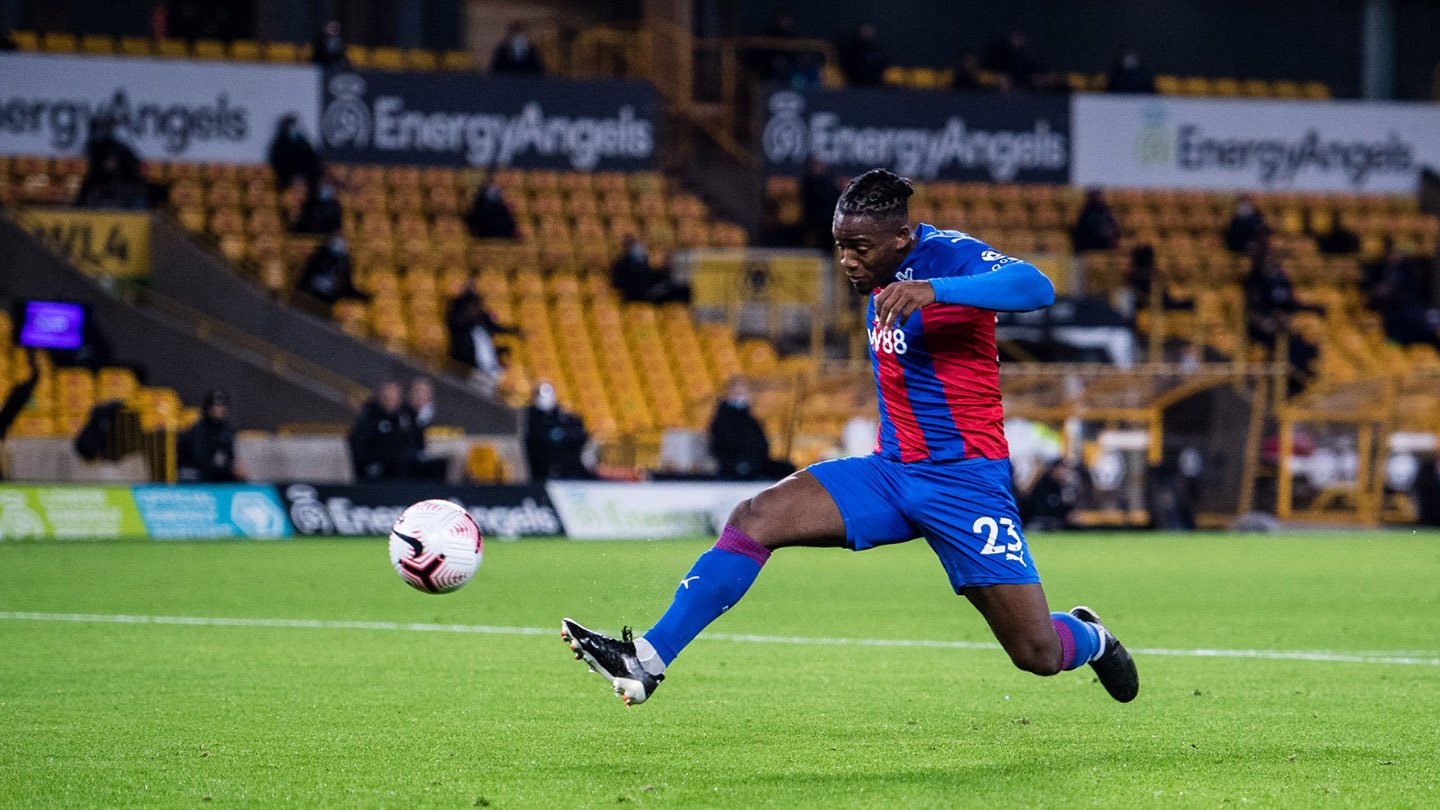 Cruelly, but correctly, VAR intervened and punished the Palace forward for being offside. The stop in play didn’t hinder the tempo in which the game had been played since kick-off, and one-minute later, Roy Hodgson’s side were behind.

Aït-Nouri, on his Premier League debut, rushed on to a loose cross from Podence, and connected well to send the ball through the Palace defence and back across Guaita into the bottom right-hand corner.

The relentless pace of the game continued when Leander Dendoncker controlled well before sending an always-swerving effort onto the bar.

Not long after that, Wolves doubled their lead with their two wingers linking-up with Podence volleying through Guaita’s legs after Neto’s intended cross for Raúl Jiménez found him at the back post.

On 38 minutes, Palace looked like they were going to be offered the chance to make it 2-1 from 12-yards. However, while Luka Milivojević waited patiently at the spot, VAR reviewed – and then penalised – Van Aanholt for being offside in the build-up. 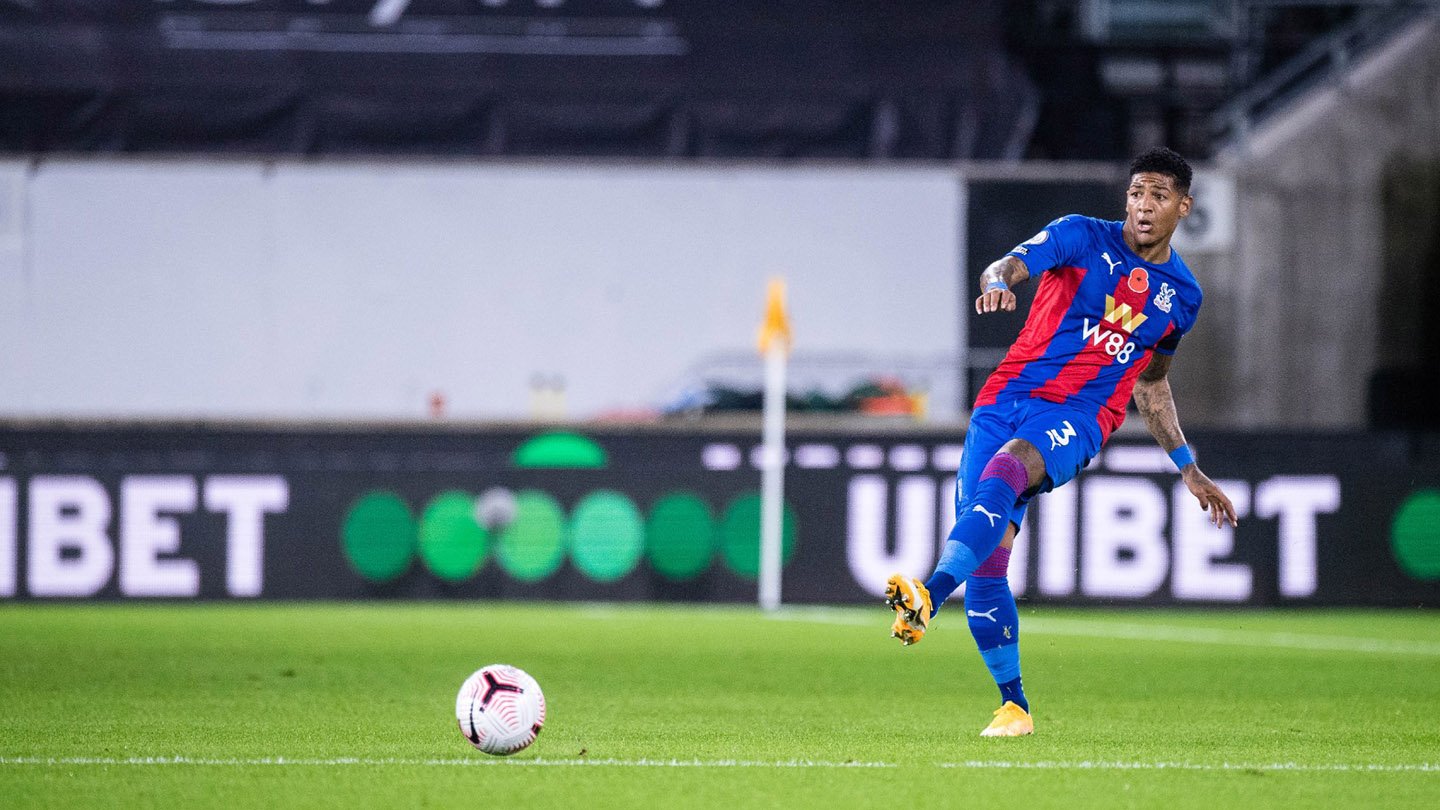 Just like Zaha in the first minute of the first-half, Andros Townsend went close one-minute into the second-half, with the winger volleying well from the edge of the area. It was impossible for all those associated with the red and blue not to see flashbacks of Townsend’s strike at the Etihad Stadium. 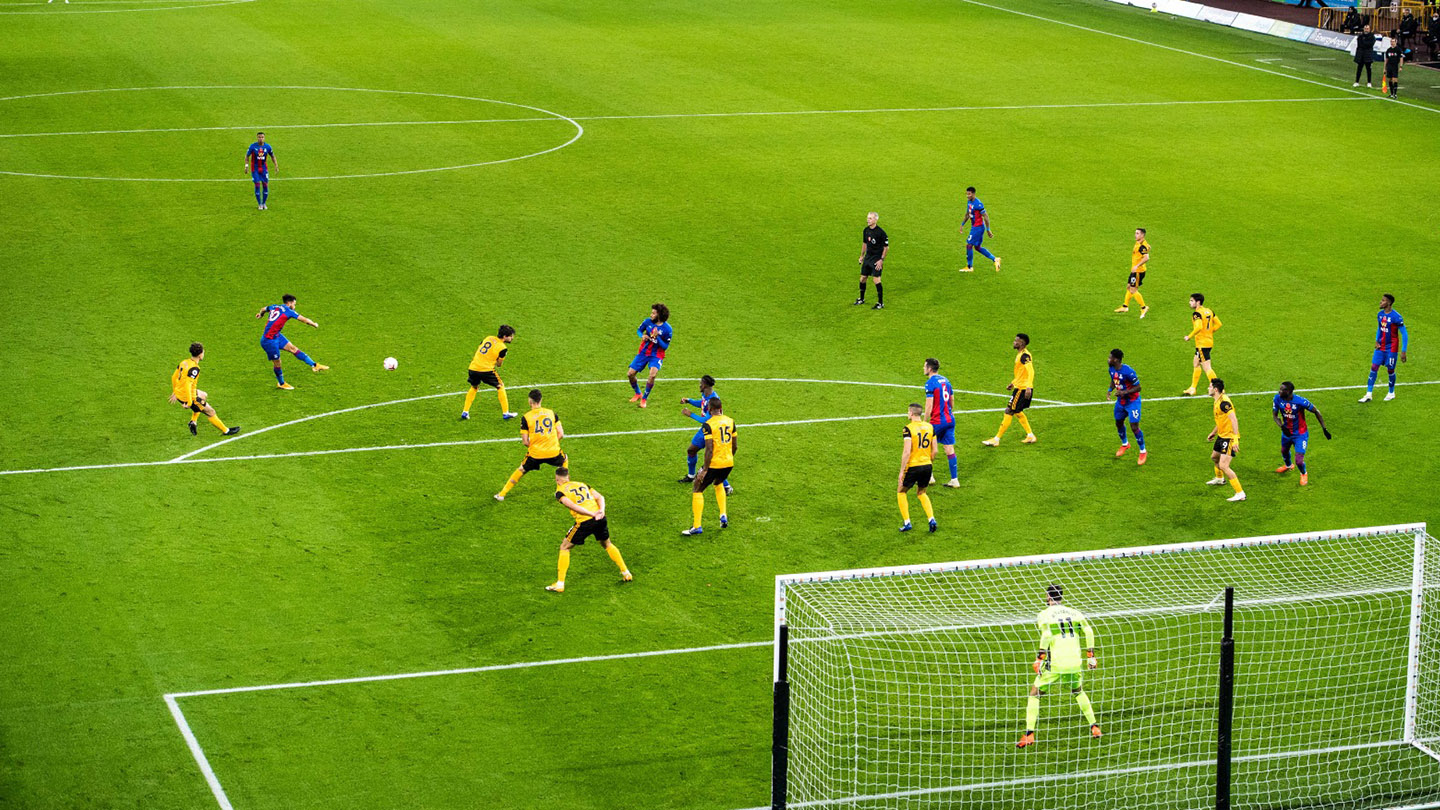 Hodgson’s half-time pep talk was clearly having the desired impact, with the Eagles camped inside Wolves’ half. The pressure nearly – and probably should of – paid off when Aït-Nouri felled Zaha in the penalty area. VAR, again, sided against the south Londoners.

Hodgson added the fresh legs of Eberechi Eze for Jeffrey Schlupp, and Jordan Ayew for Andros Townsend, with Palace continuing to dominate the second-half. Naturally, though, with the added attacking impetus and the need to reduce the two-goal deficit, Wolves - although having significantly reduced possession - were finding great opportunities: Dendoncker somehow volleying wide from close-range and a solo run and effort from Jiménez providing regular reminders to the Eagles the threat they still faced at the other end.

Any hope that Hodgson’s side had at securing something for their return to south London ended when Martin Atkinson, after consulting the pitchside monitor, issued captain Luka Milivojević a straight red card.