This afternoon, a young Crystal Palace XI fell to a narrow 1-0 defeat in a scrappy game against National League side Bromley’s first team at an animated Hayes Lane.

Bromley dominated the early exchanges, with Billy Bingham particularly bright, and deservedly took the lead on the half-hour through Joe Kizzi.

Palace were inspired by a raft of half-time substitutions and, despite Bingham having two clear-cut chances shortly after the break, remained on top for much of the second period. Failing to make their territorial advantage count, however, the Eagles were undone as Bromley held-on to earn a well-fought victory over their fellow south Londoners.

Firstly, the playmaker went close with a powerful free-kick and later almost capitalised on a defensive mix-up by curling a left-footed effort against the base of the post with goalkeeper Dion Henry stranded. 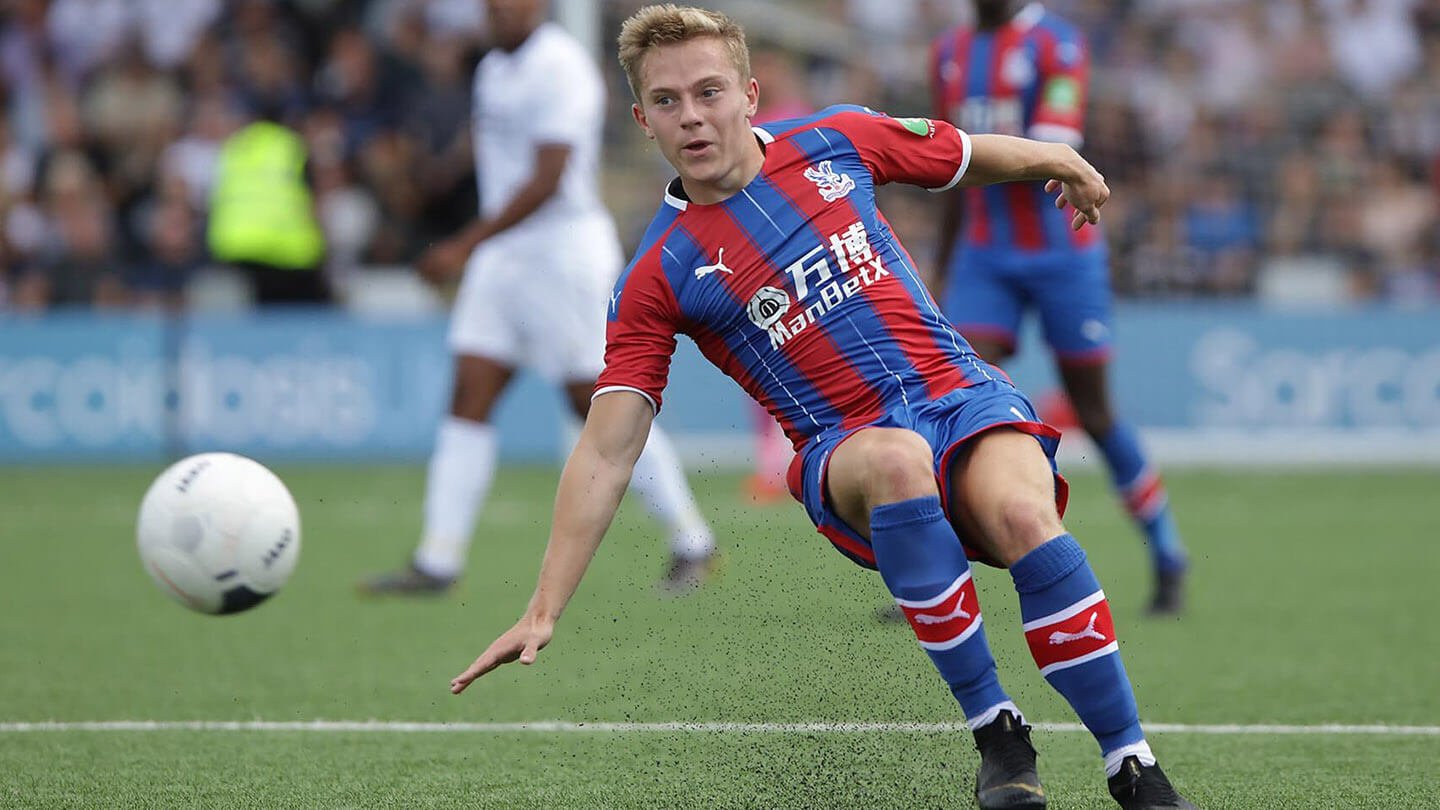 On 20 minutes a Palace trialist was unfortunate to misplace the best chance of their half when pouncing on a cleverly-weighted through ball from TQ Addy, but under pressure from Kizzi he blazed his shot over.

Almost immediately Bingham nearly made the away side pay for their profligacy, manipulating the ball skillfully through to George Porter and finding space on the edge of the box, but after collecting the return pass he fired over the crossbar.

With half an hour gone the hosts took the lead. Porter’s surging run through midfield resulted in a push by Brandon Pierrick and from the resulting free-kick Jordan Higgs’ first-effort was blocked. Reacting to the rebound, Higgs jinked into the box and stood up a teasing cross to full-back Kizzi, who powered in a far-post header.

In the last chance of the half Gio McGregor flicked the ball past a floundering Ravens defender and cut back to James Daly – an unused substitute for the first-team against Nottingham Forest yesterday, but his first-time attempt was bravely blocked by Bromley skipper Jack Holland.

Emerging for the second half, a bandaged Bingham found winger Luke Coulson after Brandon Aveiro’s attempted one-two with McGregor was picked off, but his driven cross-shot was smartly pushed away by Henry.

👏 Thank you and congratulations again on the new stand!#CPFC https://t.co/6CMAoGLb37

Palace grew into the game but Bromley almost doubled their advantage before the hour with Bingham forcing a superb stop from Henry after an under-hit clearance. From the corner, replacement Reeco Hackett-Fairchild slammed a cut-back across the six-yard box but Bingham’s resulting shot clipped the post.

With 20 minutes remaining a robust Eagles trialist won a free-kick on the edge of the box, but Jason Lokilo’s bending set-piece was straight at home goalkeeper Mark Cousins.

Palace, enjoying more and more possession as the clash progressed, raced forward on a lightning-quick counter with the lively Aveiro, who after linking with Lokilo found a trialist up front and rocketed a left-footed shot wide of the far post.

Two further promising opportunities down the left wing were squandered as a trialist for Richard Shaw’s team was twice caught offside.

A fortunate bounce after a Hobbs clearance allowed Hackett-Fairchild to square to Korey Henry seven yards out, but with almost the last kick of the game the Bromley replacement wastefully hooked it wide.

By the final whistle it was clear that this was not to be Palace’s afternoon and Bromley celebrated their victory in a competitive clash fit to open their proud new stand.