Crystal Palace’s long-standing rivalry with Brighton & Hove Albion has been defined by one man over recent years: Wilfried Zaha. And while the Londoners have been on the losing end of the so-called derby on the last two occasions, it was the their talisman who changed the course of yet another game between the adversaries tonight.

Palace held the Seagulls to a 1-1 draw despite having their squad racked by injury, when, after 75 minutes of fending off the south coast side’s assaults, Zaha blasted with an emphatic outcome into the visitors’ net.

Palace suffered an early scare when Brighton exhibited their ability to swiftly push forward with intent as Lewis Dunk played a ball from his own half into the feet of Aaron Mooy, who occupied a dangerous space near the edge of the Eagles’ area. Left with room to get his head up, the on-loan midfielder unleashed a fierce shot which clipped the side netting and announced the visitors' intentions.

After a spell of Palace pressure with the game staying close but fleetingly growing in intensity, the Seagulls unnerved Roy Hodgson’s men to no avail for the second time.

Martin Montoya forced his way to the ball under pressure from Jairo Riedewald in the box, but Vicente Guaita expertly saved the Spainaird’s resulting shot from 10 yards before catching Dunk’s header from the resulting corner. 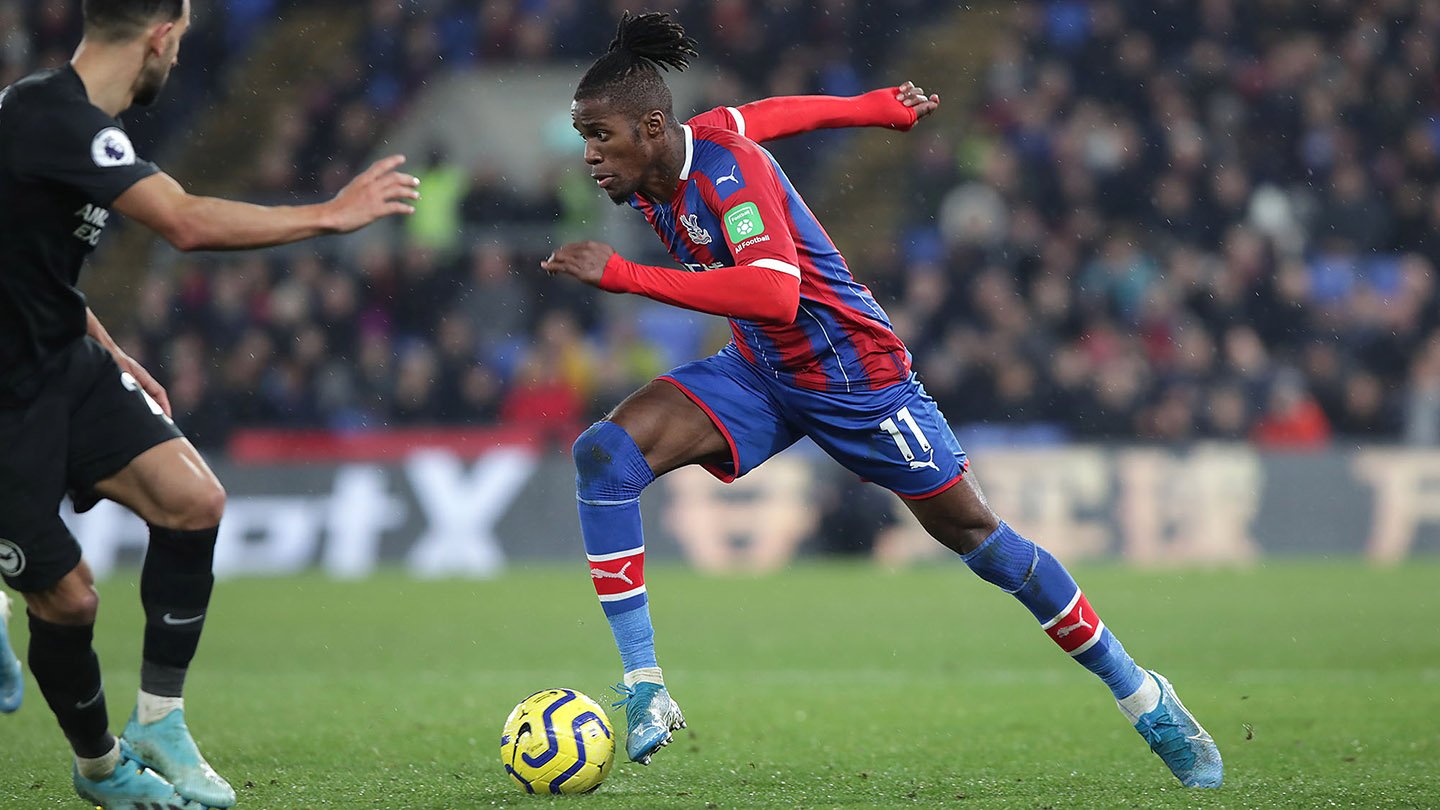 There had been a glimmer of the fire exhibited over the last four decades between these two sides as the match found its tempo, but by half-time, few inside Selhurst had much to discuss during the break.

A point for discussion did arise, however, when James McCarthy replaced Jairo Riedewald in a half-time substitution. James McArthur assumed Riedewald’s position at left-back.

Another perhaps more immediately noticeable talking point arose when Palace broke early into the second-half, and Jordan Ayew fed Christian Benteke along the left-wing. Acting as a makeshift winger, Benteke lifted a cross into the box which struck Mat Ryan’s far post out of nowhere, energising Selhurst on a chilled evening.

But on balance the chance appeared to fall against the run of play, and Brighton finally broke the deadlock when Neal Maupay slammed the ball into the roof of Palace’s net from close range moments later. 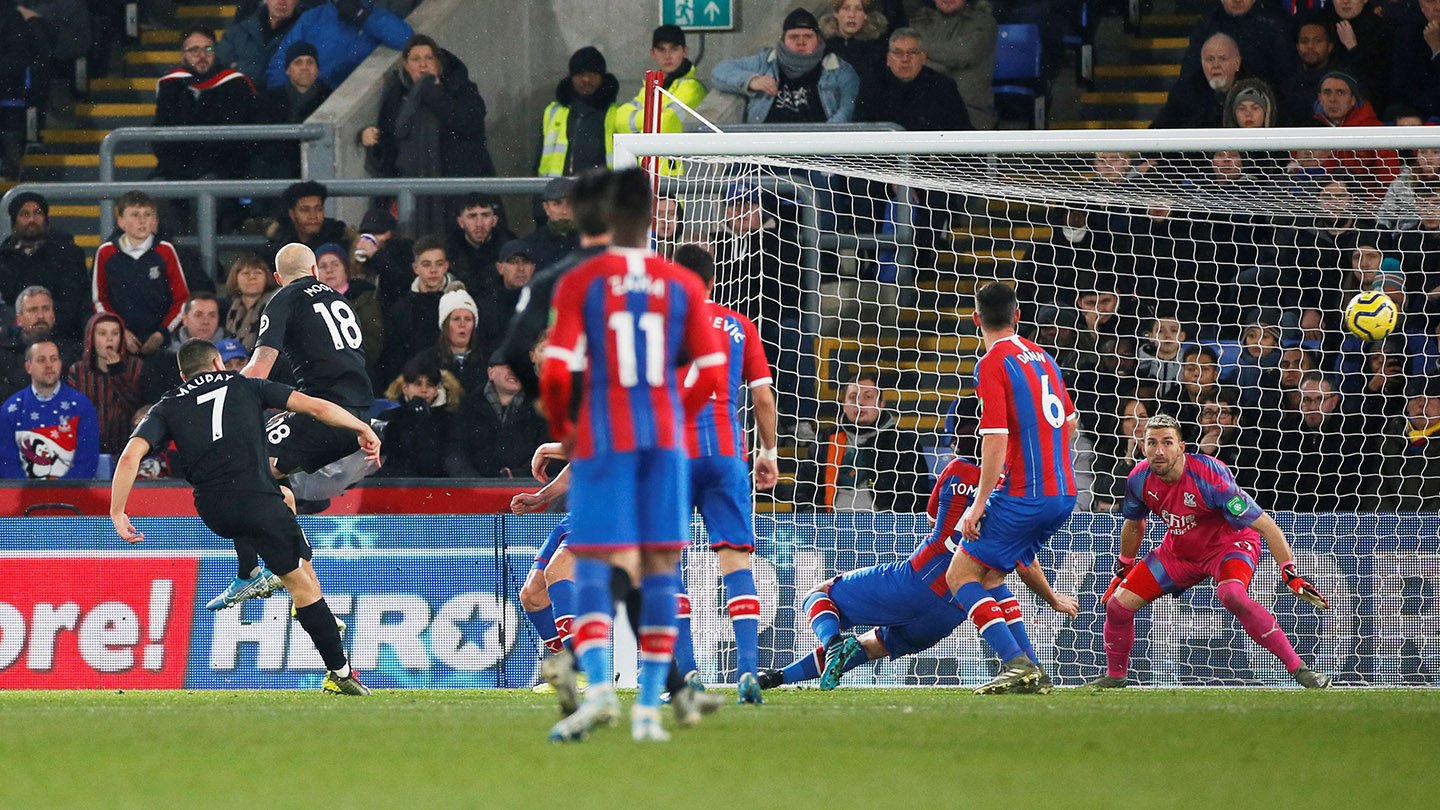 The Seagulls then sought to double their advantage with a corner lifted from the training ground: Pascal Gross rolled a pass out to the edge of the box and, rising to collect the subsequent cross, Guaita dropped the ball before landing relieved on top of Maupay’s on-the-line effort.

The Eagles refused to be pinned back, however, and Benteke again caused a Brighton scare from the left as he turned Dunk and unleashed a venomous effort towards Ryan’s near post, only for the shot stopper to get down rapidly and turn the ball out of play.

With the winter wind in their sails, Palace launched themselves at their guests, throwing offensive charges forward via Ayew through the middle and Martin Kelly down the right. 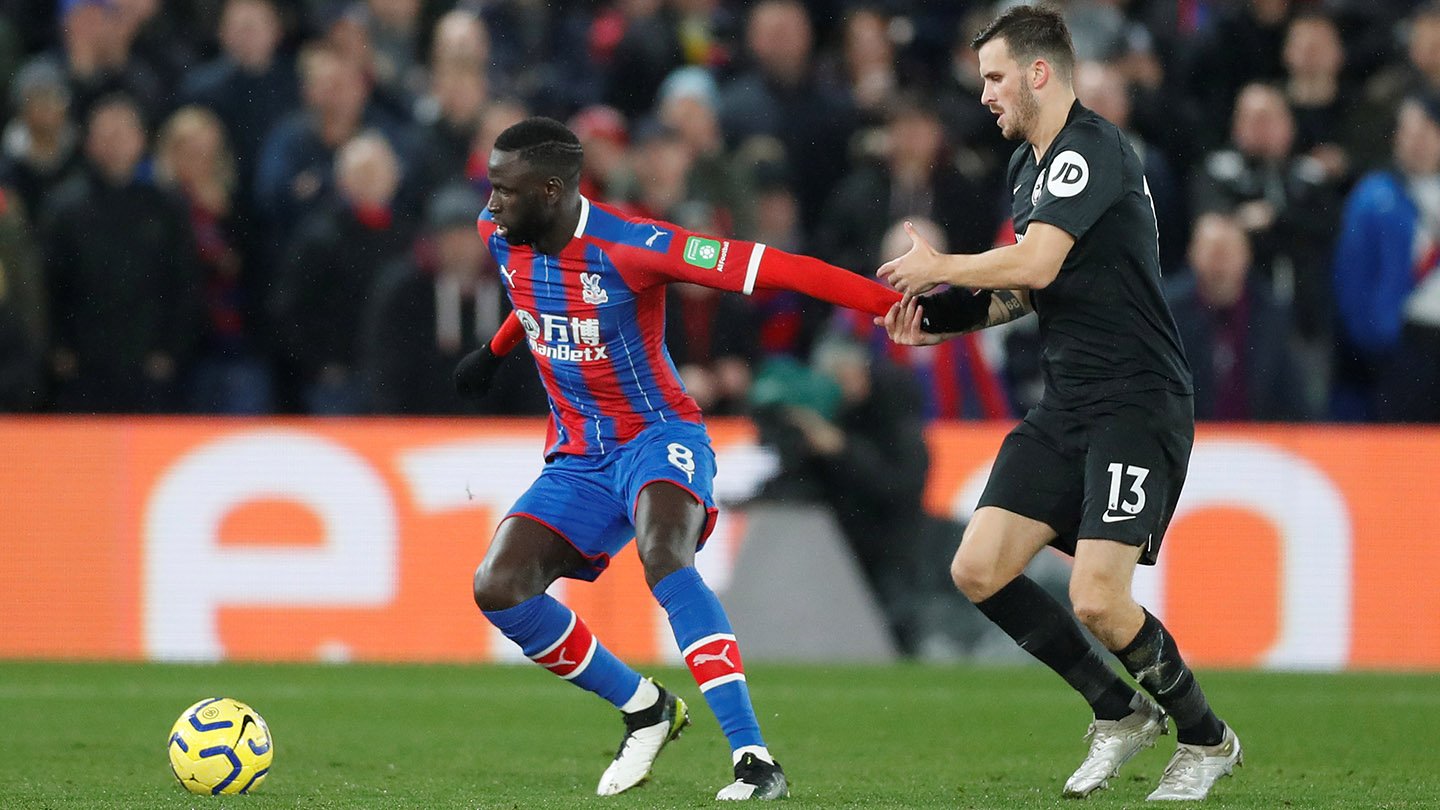 Their momentum signalled something was brewing and Hodgson’s men ultimately found their impassioned breakthrough from the left boot of the only man the rivalry belongs to: Zaha. Shimmying his weight from foot to foot on the left of the box before firing past Ryan, the 27-year-old sent Selhurst into raptures.

The Eagles maintained their stampede through McCarthy, who struck wide, and Ayew, who struck high, and appeared ready to add a second goal.

After 75 minutes of uncomfortable viewing, south London had something to will on, but, in spite of Palace's efforts, Brighton reacted well and Potter made a handful of defensive changes. Ultimately, the Eagles were unable to add a second and full-time saw the spoils shared.

Full highlights and post-match reaction will be uploaded in full to Palace TV - you can watch by clicking here or 'Palace TV' within the app.