Three clean sheets in a week as Palace draw with Watford

A resolute Palace fought with Watford in a hotly contested draw just outside of London, with neither Roy Hodgson or Hayden Mullins' sides able to find the breakthrough.

A managerial change in the week, with a former Crystal Palace player in the dugout in Hayden Mullins, Watford welcomed the Eagles to Vicarage Road in buoyant mood as they looked for their first home win of the season.

The opening exchanges were dominated by the Hornets with Sarr causing a series of problems for the Eagles down Watford’s right-hand side. Firstly, a miscued header from James Tomkins saw Sarr get in and win a corner, that resulted in nothing. 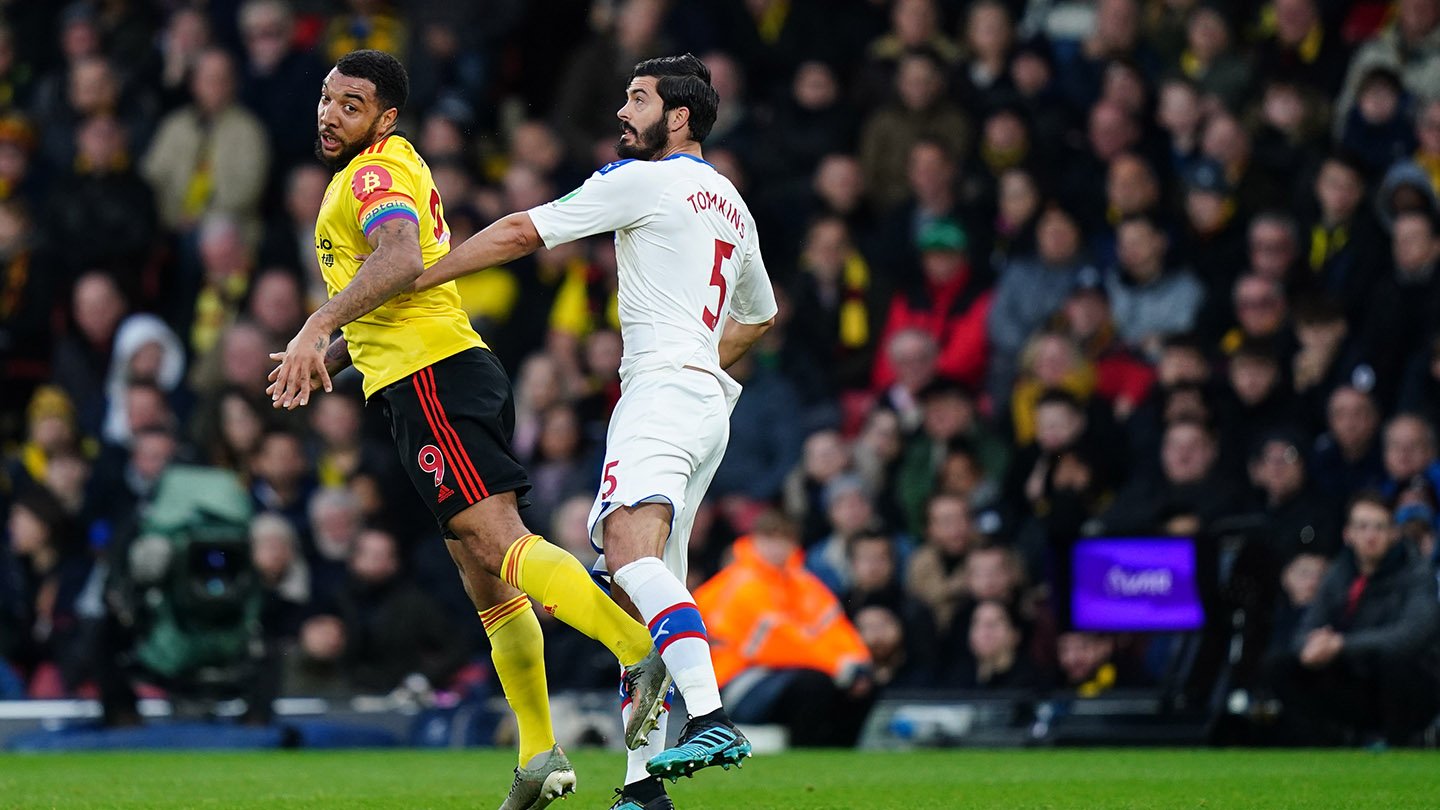 Sarr got in a couple more times down Palace’s left, however, Schlupp marshalled the situation well to force poor final balls from the Hornets’ club-record signing. 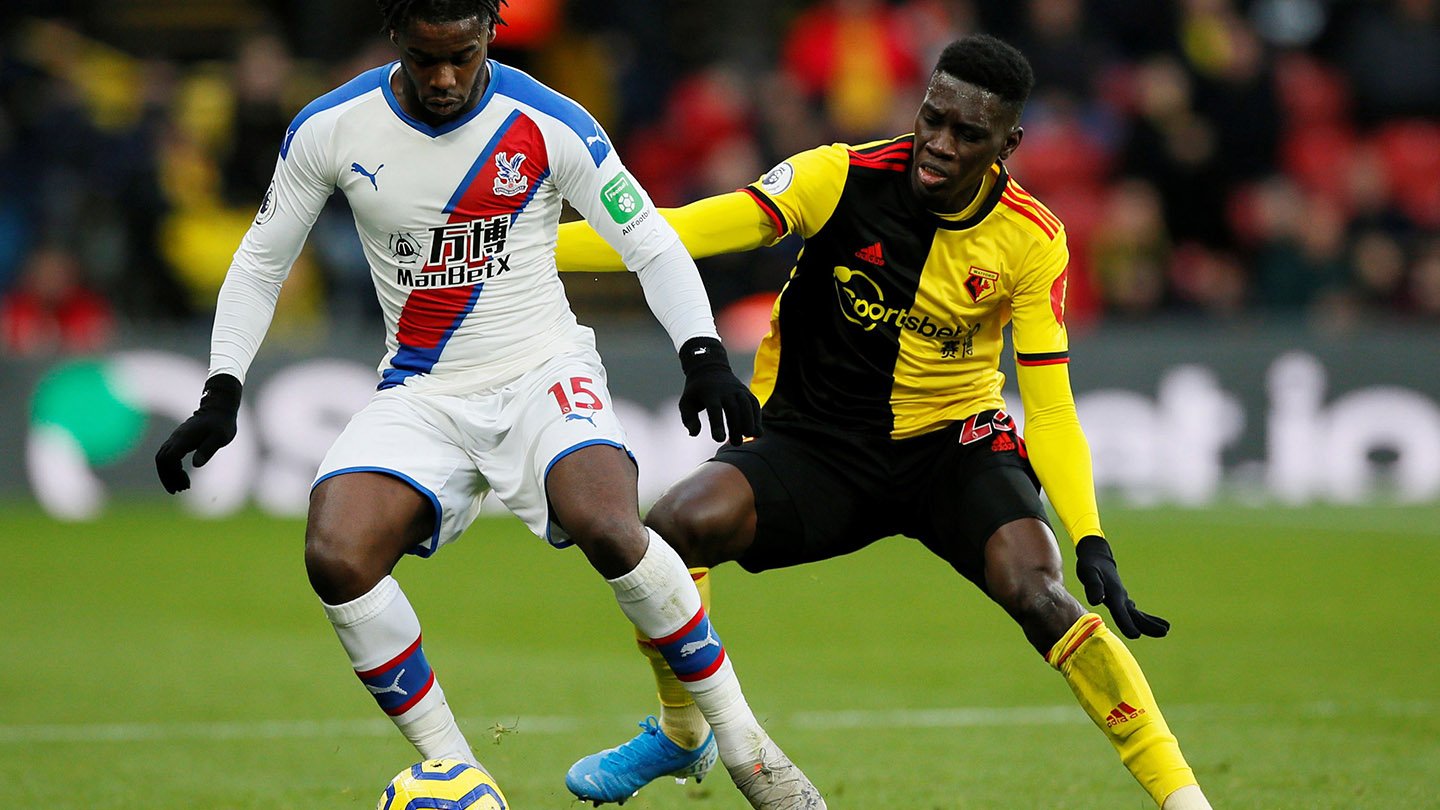 On nine minutes it was Roy Hodgson’s side who had the best chance of the game so far, despite Watford’s pressure, when a deflected Andros Townsend cross found McArthur unmarked at the back post. However, the midfielder couldn’t find the target with his controlled volley.

Watford responded to the clear-cut chance for McArthur with their closest effort of the opening 20 minutes, again Sarr the protagonist, with Cahill blocking the close-range effort well. 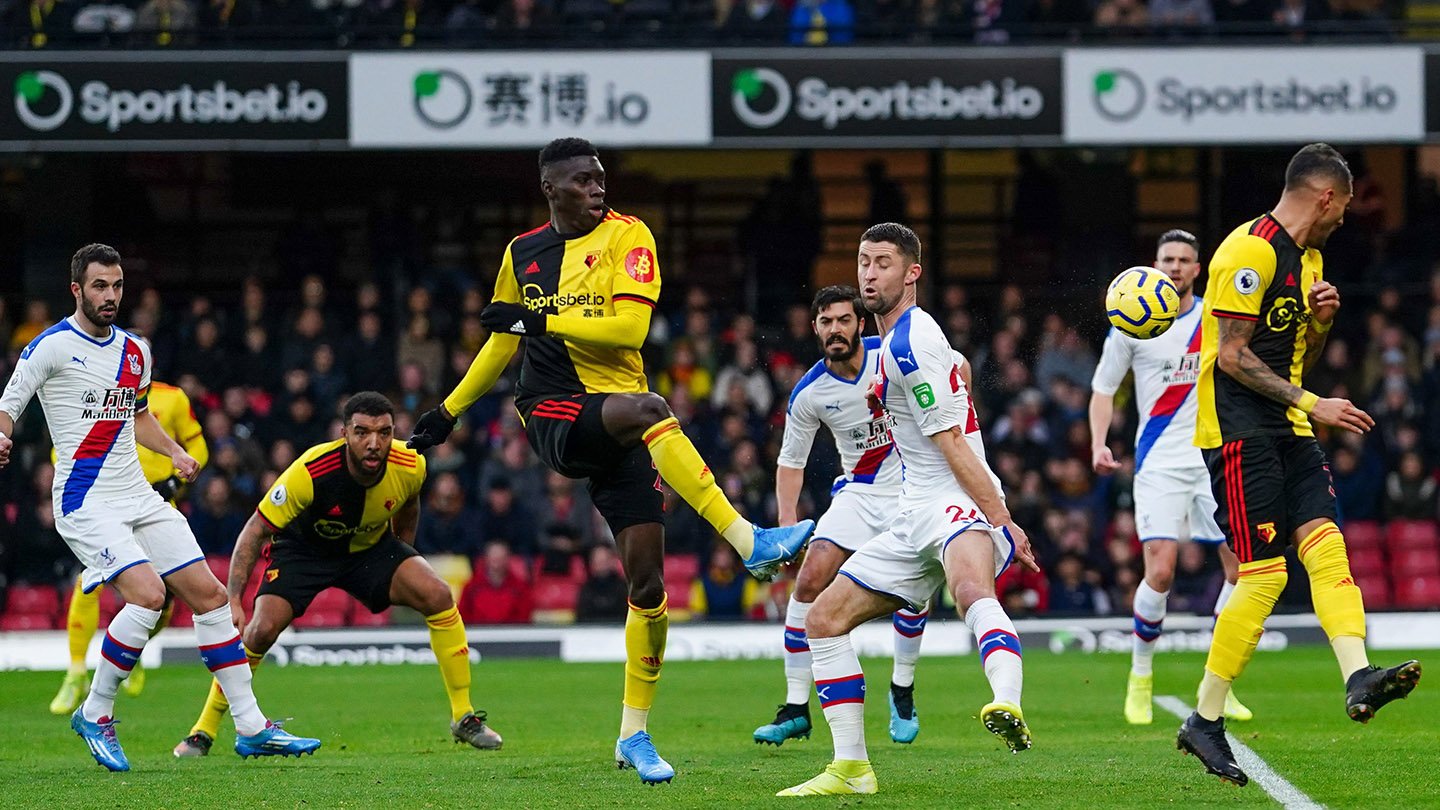 Wilfried Zaha began to find his way into the game as the Hornets crowd and players began to target Palace’s winger which provoked the amusing response from the away end of: “Did you cry at Wembley?”

Watford received their first yellow card of the afternoon, which had been coming, with Abdoulaye Doucoure penalised for a foul on Ayew on 33 minutes

Tensions continued to rise through a feisty first 45, with Zaha receiving a caution. Watford’s Craig Cathcart was not far behind Palace’s winger in finding his name in Martin Atkinson’s little black book for an overzealous challenge on Luka Milivojevic. 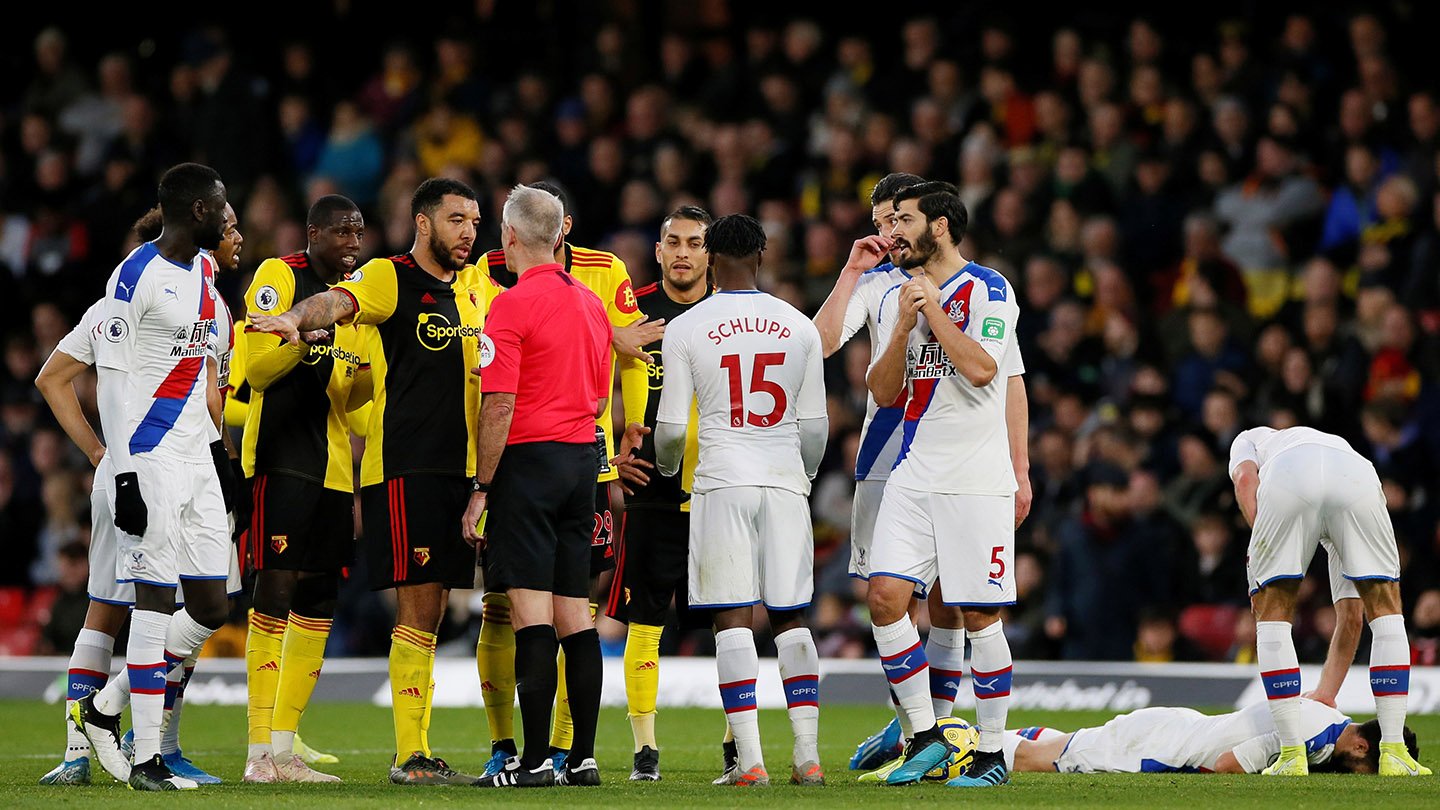 Roy Hodgson made a half-time sub with Jaïro Riedewald replacing Schlupp at left-back, and it was a free-kick from that area of the pitch that brought Watford’s first chance of the second 45, however, Doucoure’s weak header was easily dealt with by Guaita.

Deulofeu then provided a more worrying test for the Eagles, despite his curled effort going wide of Guaita’s left-hand post, the penetrative run at the heart of Palace’s defence caused concern.

Hodgson made his second change of the game on 73 minutes with Townsend making way for Christian Benteke, as the game began to open up slightly with Zaha enjoying several moments of joy down Palace'a left against Kiko Femenía, which included a penalty shout against Christian Kabasele. 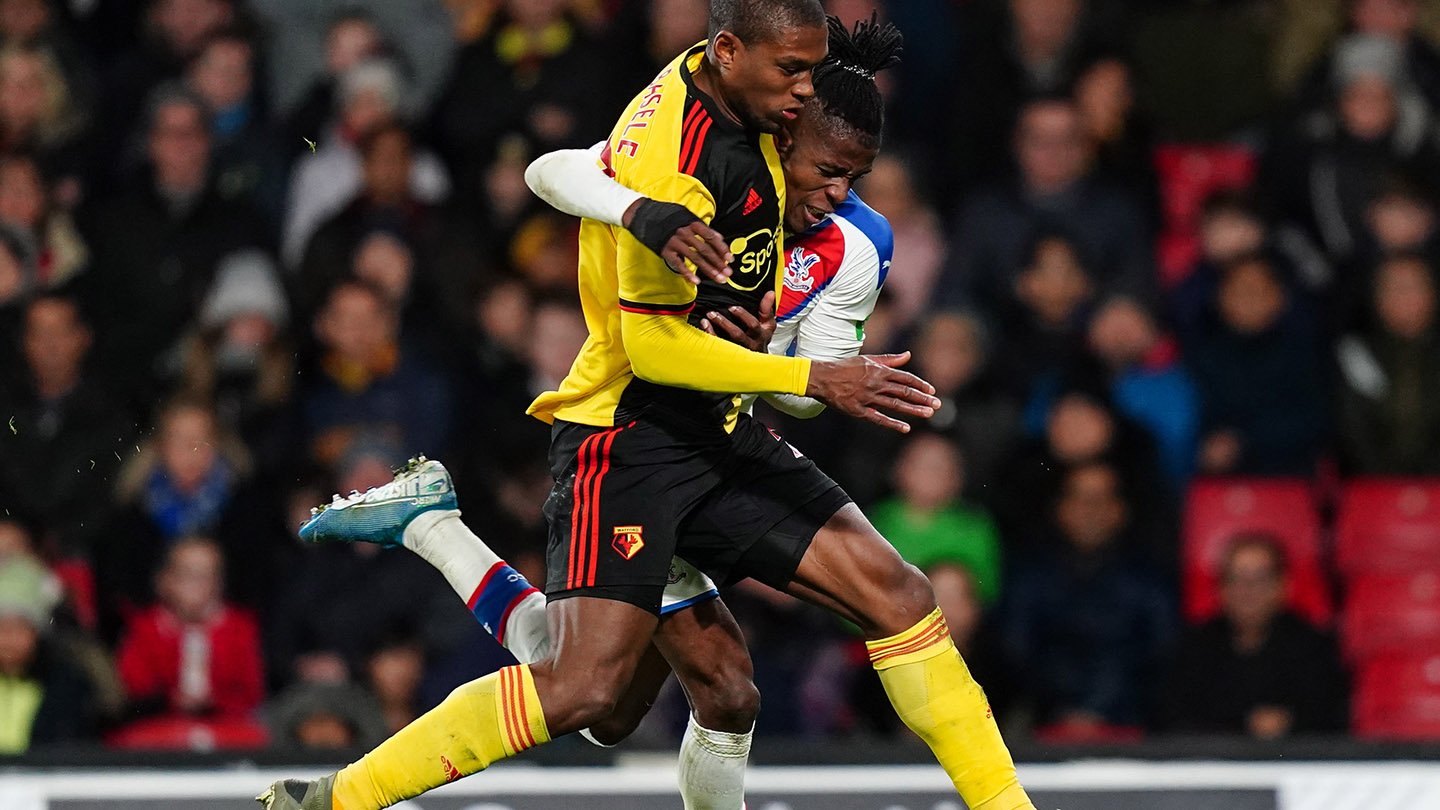 With every passing second the game became more and more open, with the expectation in all four stands that the final 10 or so minutes of the game could be a chance for either team to take the three points.

Palace's top scorer, Ayew, almost brought the opener with the striker's excellent footwork creating an opening down Watford's right-hand side of the penalty area and although the strike was well-hit, it rose above Ben Foster's goal. 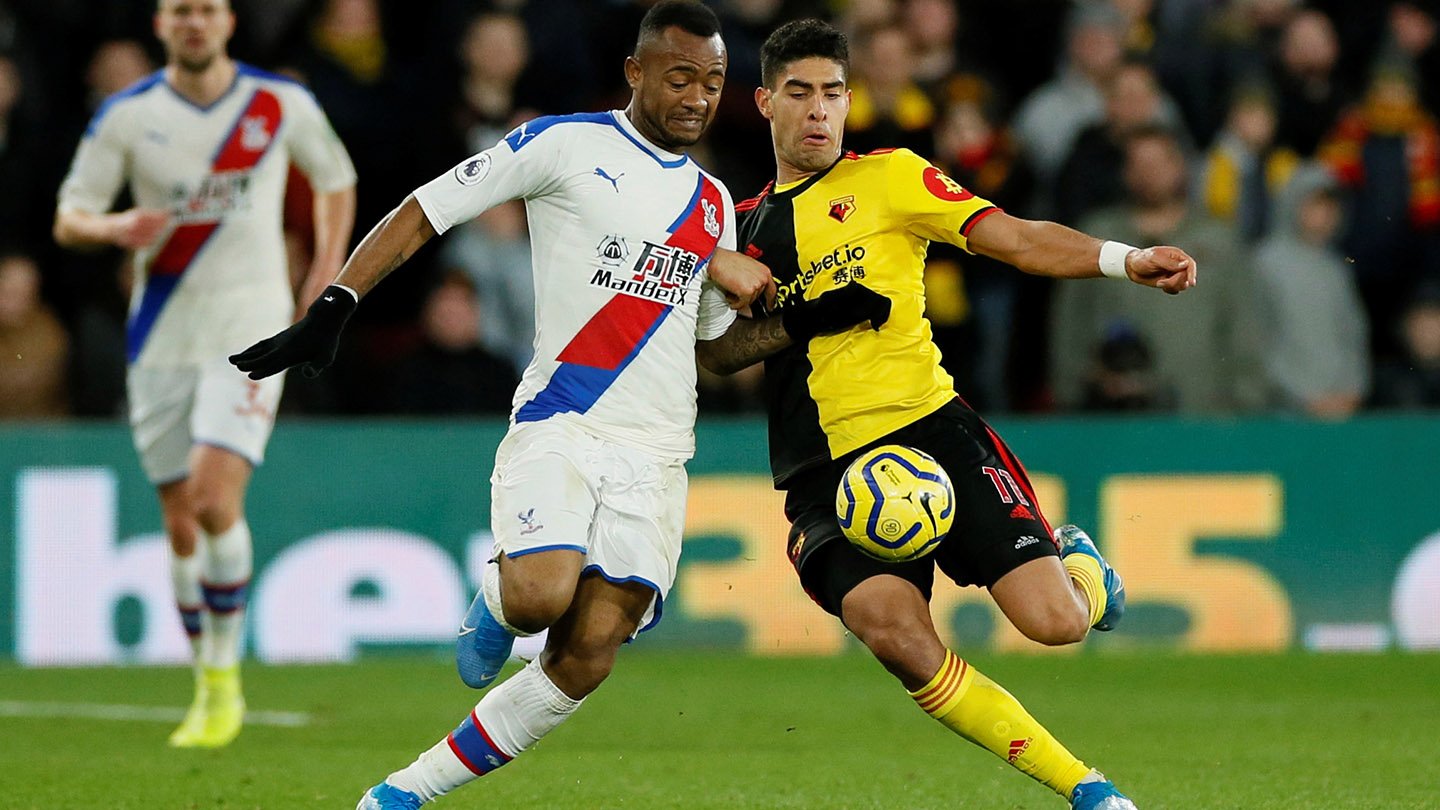 Moments later Watford broke which created a three-on-two in their favour: Sarr released Deulofeu who drove at the Palace box, before clipping to the backpost for Sarr to try and head home. However, Kelly retreated back well to contest the ball with Sarr who failed to score.

If Kelly's defensive moment was one of desire to get back then Cahill's tackle a few minutes later, with a last-dich on Sarr after Troy Deeney had put his teammate through, was the very definition of it.

Both teams could've nicked a late winner courtesy of counter-attacks with Watford going close with Gray, and Palace countering via Zaha from a Watford corner before Capoue tactically-fouled the Eagles winger.

Ultimately, the game ended as it started, in what was a fiercely competitive 90 minutes, but the Eagles can be pleased with seven points and three clean sheets in a week.