Palace were causing problems for the Tottenham backline in the game's opening stages and made this spell of pressure count by racing into a ninth-minute lead.

An incisive attack saw Cadogan charge into the left side of the box where he won a penalty following Alfie Dorrington’s mistimed challenge. Palace forward Akinwale was on spot-kick duties and hesent the goalkeeper the wrong way to make it 1-0 to the visitors.

The Eagles continued to look dangerous on the break following this opener, with Tayo Adaramola charging forward soon after, but he overhit his final ball to Akinwale who could only slice it out for a goal-kick.

At the other end, Roshaun Mathurin created Spurs’ first clear opening when he smartly cut inside from the left flank before drilling a low strike straight into the gloves of goalkeeper Whitworth.

The remainder of the opening period was a hotly contested affair where both sides battled hard for the ascendancy, but Palace ended the half on the front foot as they created a pair of excellent opportunities. 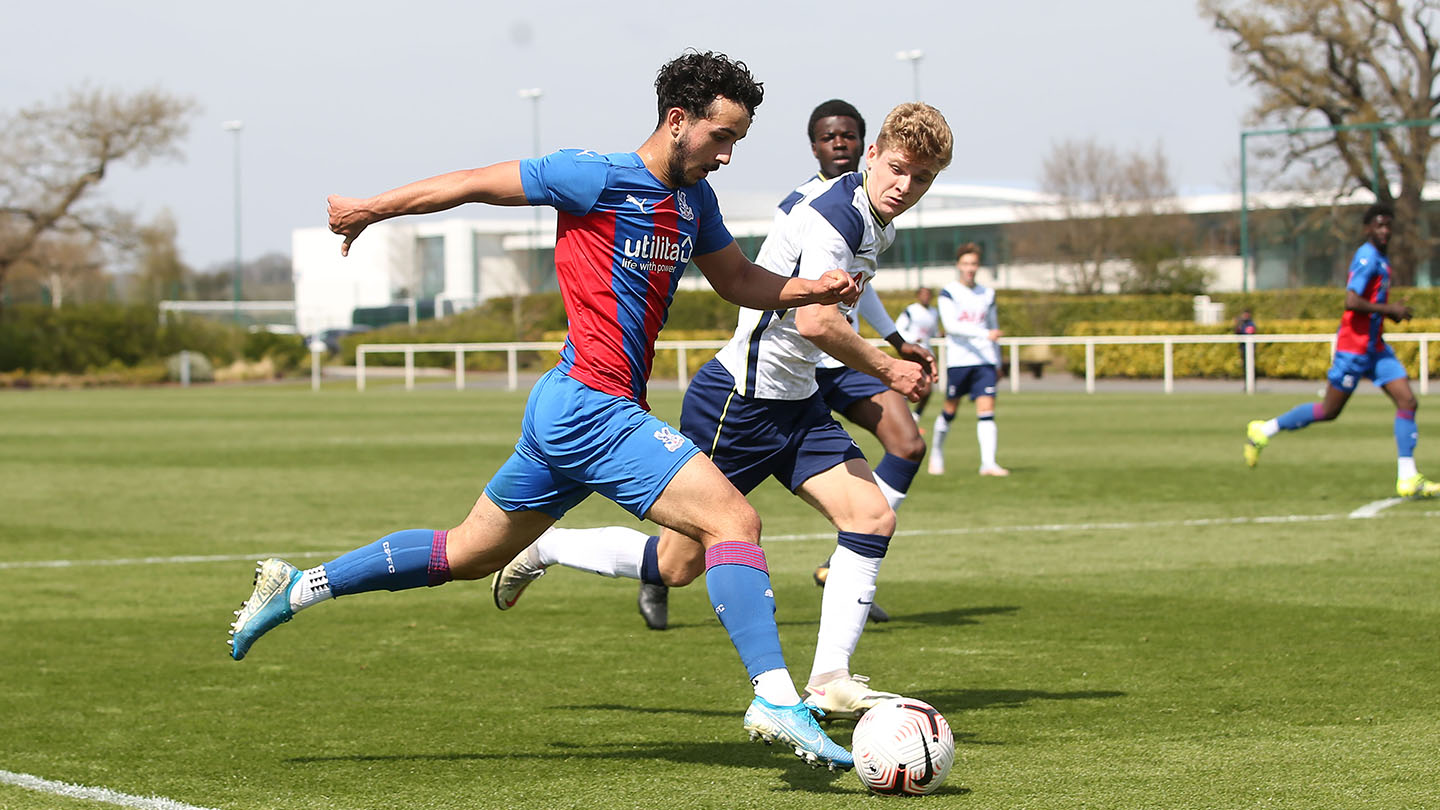 The visitors played Cadogan through on goal before his close-range strike was blocked, and Thistleton surged into the box only to smash his emphatic strike just over the bar minutes later.

Soon after the interval, Spurs conjured a huge chance to equalise as Yago Santiago Alonso threaded the ball through to Mathurin in the box. Whitworth kept out the initial shot with his trailing leg and it then landed for Rohaine Mundle who also saw his effort pushed away by the Palace goalkeeper.

The hosts had clearly been trying to wrestle more control of the game since the break, and they once again went close when the ball dropped for Alonso, who skimmed the top of the bar with his right-footed strike.

Palace managed to launch a dangerous attack of their own in response to this let-off, and Paddy McCarthy’s men wanted a penalty when Adaramola went down under Mundle’s challenge - however the referee ignored these appeals.

The visitors then recorded two big chances in quick succession as the game reached its climax, with Adaramola seeing his shot saved from inside the six-yard box before Jesurun Rak-Sakyi lifted his attempt over the bar.

Palace were now pushing hard for an elusive second goal and it eventually arrived in the 90th-minute. Rak-Sakyi showed quick feet to trick his way into the box from the left before teeing up Wells-Morrison, who drilled a thunderous strike into the bottom left-hand corner.

This cued jubilant celebrations from the Palace squad who had been made to battle hard for a two-goal cushion, but McCarthy’s men weren’t finished there as they added a third minutes later.

Akinwale charged into the box before seeing his drilled shot saved, but Cadogan beat the goalkeeper to the rebound by lifting the ball into the roof of the net from close range.

This sealed another impressive victory for McCarthy’s side who next travel to face Brighton & Hove Albion in search of their sixth consecutive win.

The victory leave things tight at the top of the table, with Palace currently top by three points. Second-placed Fulham, however, have a game in hand and a superior goal difference at the time of writing. The Eagles have just two games remaining.