Crystal Palace Under-18s saw off a dogged Nottingham Forest side this afternoon to record a 2-1 win at the Academy’s ground in Beckenham.

The win meant that Paddy McCarthy's Eagles have now gone five consecutive games unbeaten, leading them towards a strong finish with only two league matches left to play.

On a day which saw all the elements hit south London, the Eagles dominated much of the game and without creating many clear-cut chances, they ran out deserved winners.

McCarthy’s team were on the front foot immediately, and their dominance resulted in a lead in the 22nd minute. Joshua Ajayi had already been threatening for the hosts and it was from one of his direct runs that the opening goal came. His initial shot on target was blocked, but a Palace trialist was on hand to drive home the rebound. 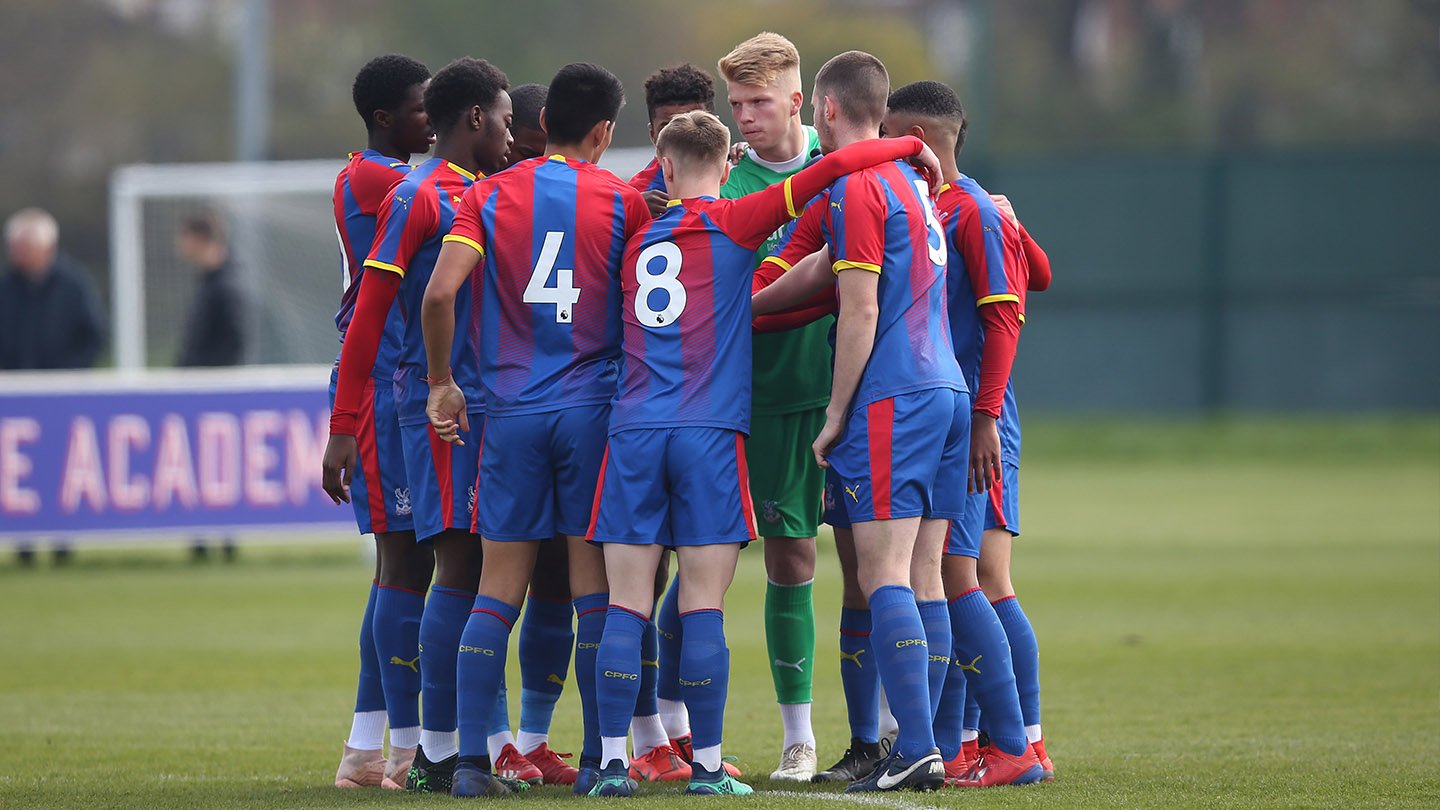 Forest, perhaps frustrated to be behind and unable to get hold of the ball, began to put in a series of hefty challenges on their opponents, with Lion Bello in particular requiring extensive treatment on 35 minutes.

Their physical approach highlighting the imbalance of play, it was perhaps a surprise when the visitors snatched an equaliser on the stroke of half-time. Bivesh Gurung appeared to have been tripped near the halfway line, but with the referee waving play on, Forest broke clear and from the resulting cross, the ball took a wicked deflection amidst a sea of bodies and ran cruelly past Jacob Russell in the Palace goal.

Understandably dejected walking off for the interval, Palace emerged determined to re-establish their advantage in the second half. Continuing to exploit the narrow Forest defence, the home side's trialist was increasingly influential and it was from his accurate cross on 52 minutes that Ajayi headed just over.

On the hour mark and with the rain beginning to pour down, McCarthy decided it was time for attacking changes, bringing on John-Kymani Gordon and David Omilabu. The two combined almost immediately down the Palace right, with Gordon cutting the ball back after a fine run, but Omilabu was unable to direct it into the net. 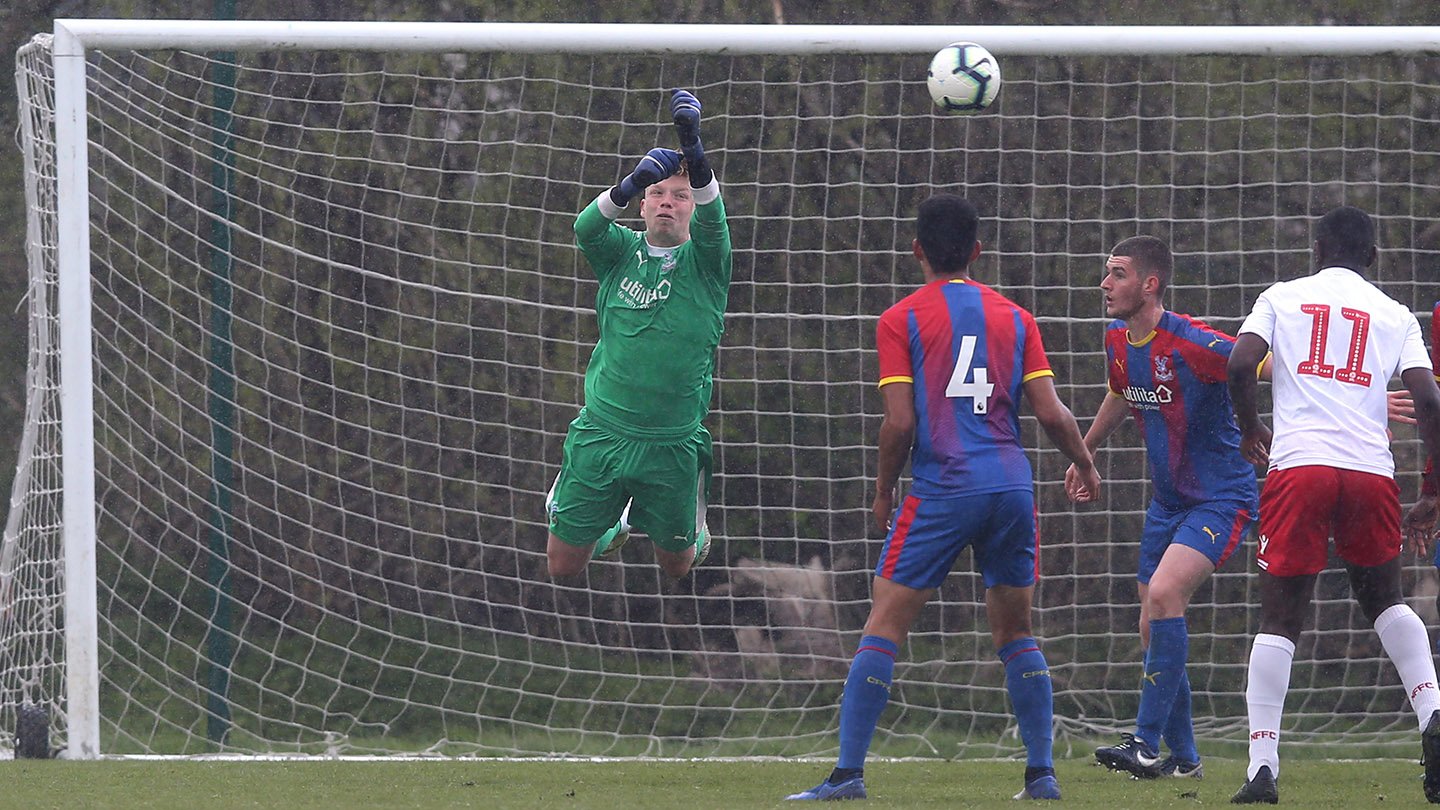 Palace seemed to gain confidence from this opening, forcing a succession of corners and free kicks. The delivery was much improved from the first half, but still not enough to generate genuine goal-scoring opportunities.

In the end it didn't matter, as on 70 minutes the hosts were gifted their winner by an unfortunate pass from Nykah Liburd-Hines, the Forest 'keeper. Receiving the ball, his attempt at playing out from the back instead ended up at the feet of the Eagles' trialist who, after taking the misplaced pass in his stride, slotted coolly home. It was a cruel moment for Liburd-Hines, who had enjoyed a reasonably solid performance overall - doing his bit to guard the visitor's goal.

Palace upped the tempo looking to go further clear, and went close on 78 minutes through Gordon. Receiving the ball on the halfway line, he turned a back-pedalling Forest defender inside out, creating space to let off a fizzing shot with his left foot that was finely tipped round the post by Liburd-Hines. 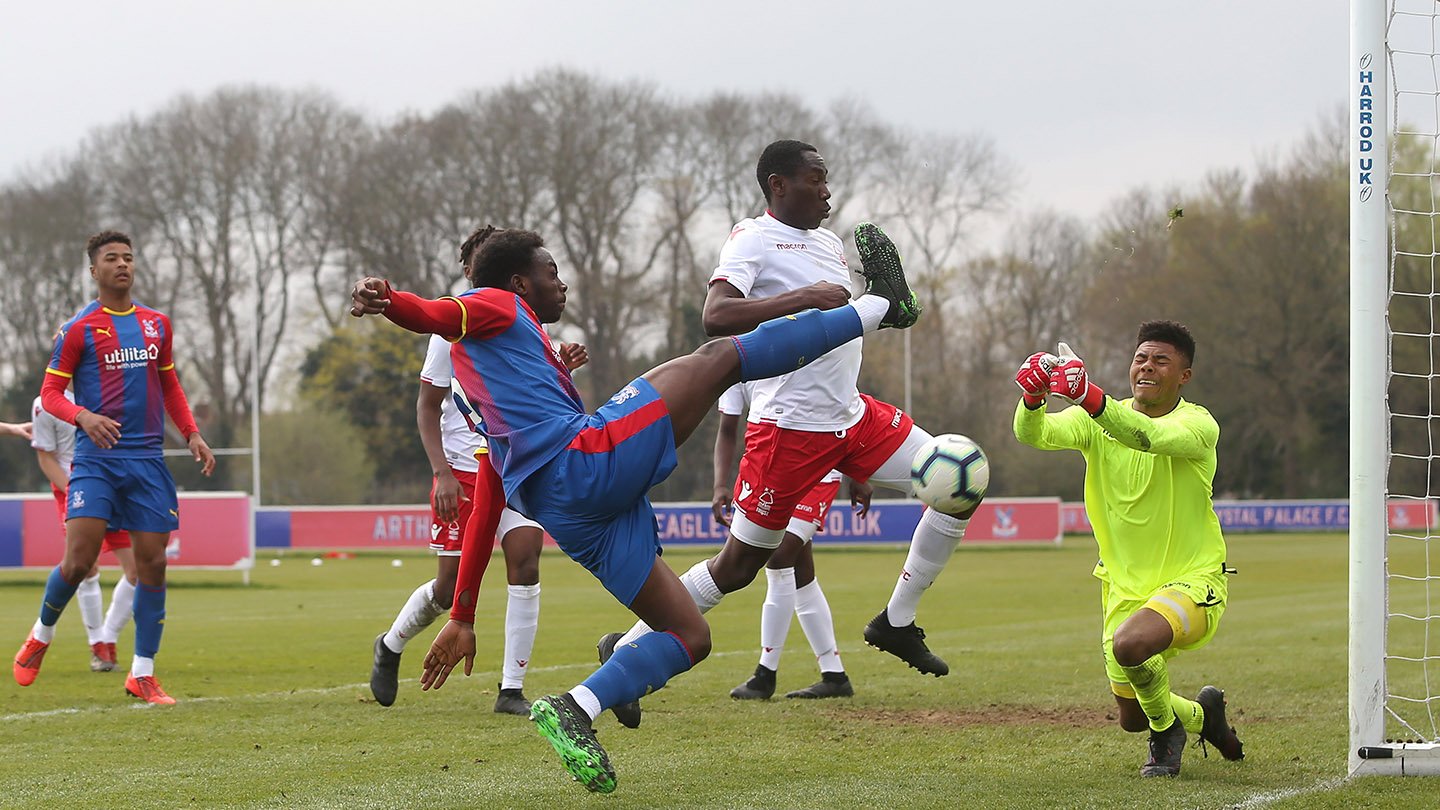 Gordon and Omilabu, the two Palace subs, continued to have an impact as the clock ticked on: the former pressing with real energy and the latter combining well with his on-trial teammate.

With Forest left camping in their half, the referee's whistle brought the game to an end and Palace were able to leave the pitch as close - but deserving - victors.