Palace’s Under-18s bounced back from last week’s defeat to Birmingham City today (Saturday 14th) by securing a 2-2 draw against Wigan Athletic, despite being reduced to 10 men in the second-half.

Wigan took the lead courtesy of MacKenzie O’Neill’s first-half strike, but Palace turned it around in the second-half through Jesuran Rak-Sakyi’s measured effort and an Aiden Steele penalty. Later, the hosts lost a man following Kevin Gonzalez’s dismissal, and Wigan eventually made it 2-2 through another O’Neill strike as the game drew to a close.

Palace started the match on the front foot and looked dangerous within the first minute as Tetteh-Quaye Addy latched on to a long ball before flicking past Wigan goalkeeper Bobby Jones. Ollie Broe, however, raced back to make a late intervention which prevented an early Palace lead.

The hosts enjoyed encouraging spells of possession in the early stages and again went close when Addy cut inside from the right flank and laid the ball off to Denzelle Olodape, but his sweeping effort from the edge of the box was easily claimed by Jones.

Wigan had their first major chance after 20 minutes when Tom Costello tricked his way down the left-wing before cutting the ball back to Sean McGulk on the penalty spot, but he saw his powerful effort blocked by Jashaun Chamberlin-Gayle. 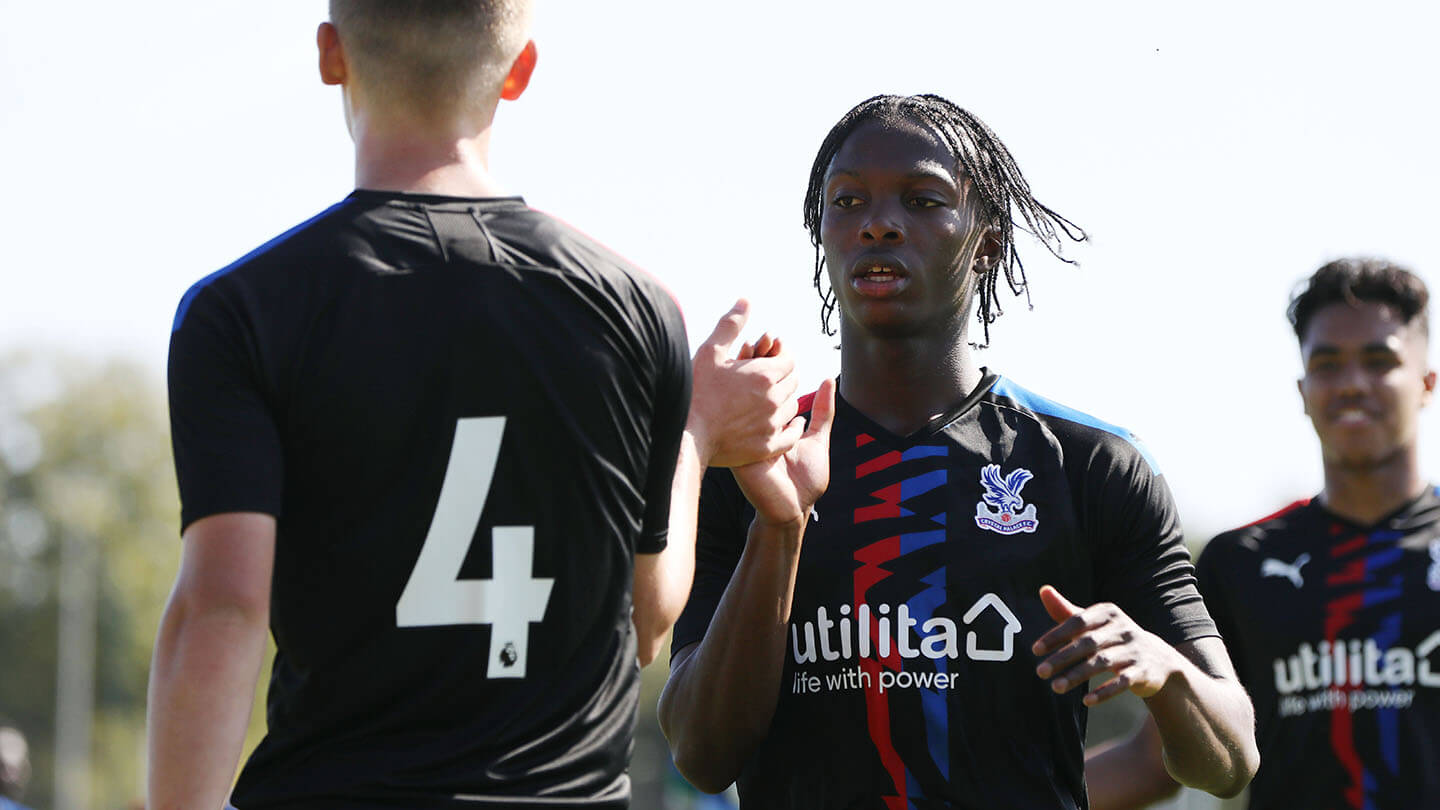 Palace then had a golden opportunity to take the lead when Lion Bello surged into the left-hand side of the box and squared across to Addy, only to see the resulting effort kept out by a last-ditch Wigan block.

Both sides clearly fancied their chances, and it was the visitors’ turn to go close next as Costello’s 25-yard curling effort sailed over the crossbar.

Wigan were the side to eventually break the deadlock just before half time. O’Neill cut inside from the right flank before looking to float a cross towards the back post, but his lofted delivery evaded the waiting crowd of players and glided into the top right-hand corner of the net.

Wigan continued to apply pressure before the break as McGulk slotted a disguised ball through to Kyle Joseph in the box, but Joseph’s drilled effort cannoned off the right-hand post and Palace were able to quell the danger. 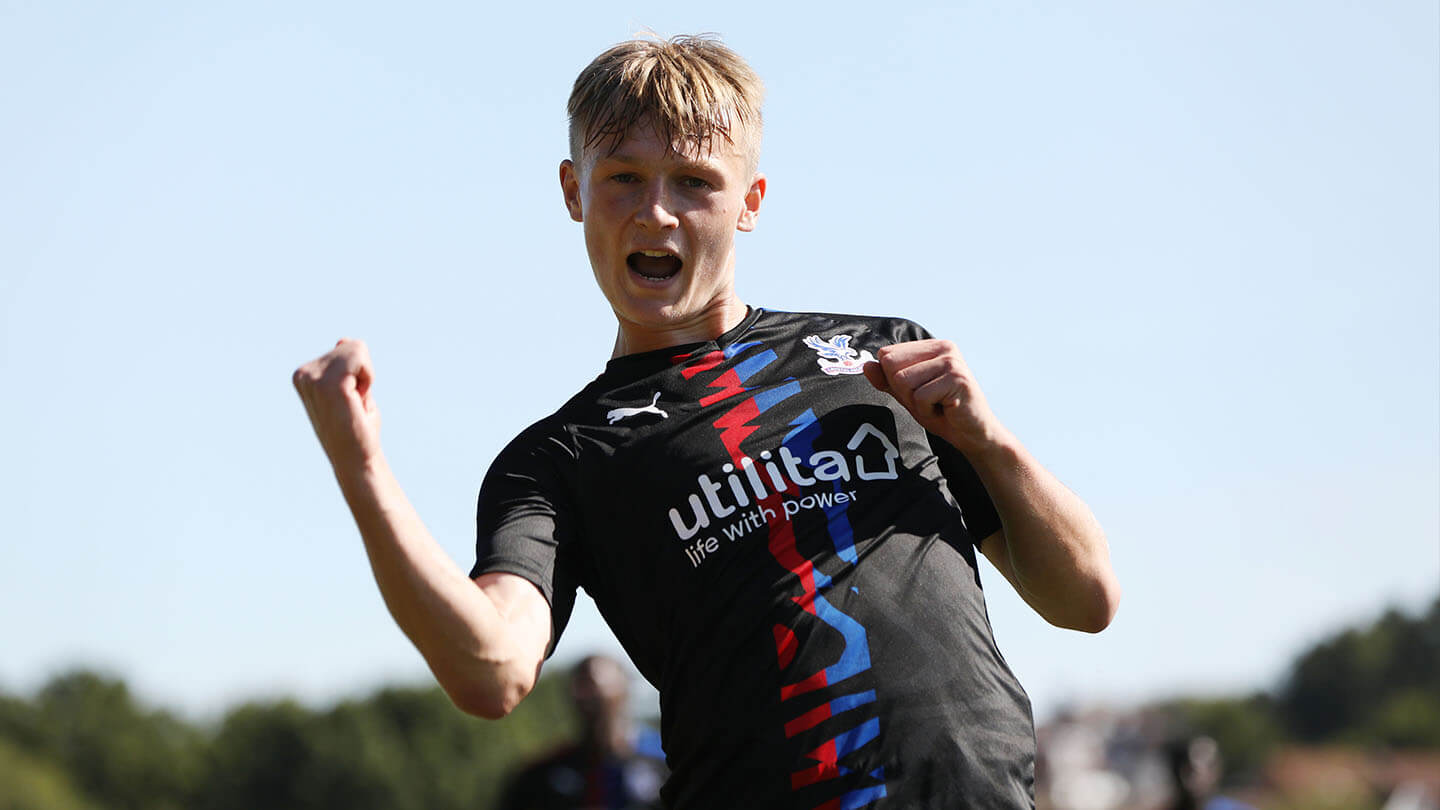 The Eagles then started the second-half in style by levelling the scores in the 47th minute as Rak-Sakyi did well to control Bello’s scooped cross from out wide, before firing the ball into the bottom right-hand corner to leave Jones with no chance.

The hosts managed to turn the score around shortly after when Joshua Ajayi capitalised on Louis Isherwood’s mistimed back-pass by making a quick break forward. He cut inside from the right flank before winning a penalty after he forced Robinson into a sliding challenge which saw the defender handle the ball. Stepping up, Steele calmly slotted the penalty into the bottom right-hand corner.

However, the dynamic of the game changed again when Palace were reduced to 10 men as Gonzalez was dismissed for an off-the-ball incident on the 67th minute. This gave Wigan more confidence in their attacking ventures and they applied greater pressure on the Palace defence, failing to create many clear-cut chances until the final 10 minutes.

They almost levelled when O’Neill’s impressive surge into the box resulted in Russell palming his shot away. The visitors did ultimately score their second soon after, however, when a free-kick was awarded on the left. Alfie Devine’s resulting delivery rebounded into the path of O’Neill just inside the box, and he buried his low effort well.

Palace then restricted their opponents’ chances in the closing stages of the match, and they even went close to snatching a late goal when David Omilabu’s shot from the left-hand side of the box was saved by Jones’ trailing leg. At the final whistle, however, the scores remained level.