Crystal Palace Under-18s fell to a frustrating loss at the hands of Bolton Wanderers under the lights of a frosty Selhurst Park tonight, the defeat sending them out of the FA Youth Cup.

Despite taking the lead twice in the match through Brandon Aveiro and David Boateng, the Eagles fell behind to the decisive goal of the game following a defensive mix-up, making the loss a more bitter pill to swallow.

The first chance of the night arose when Will Donkin conceded a free-kick on the edge of the Palace box within two minutes of play commencing. Bolton captain Luca Connell then stepped up with confidence and a clear intention to go for goal, however Jacob Russell was equal to his well-struck effort as he hurried across the line to punch the ball wide of his right post.

At the other end of the pitch, and barely minutes later, TQ Addy was fouled in a similar position and the resulting free-kick troubled the visitors, leading Palace to pitch up camp around the perimeters of the Bolton box.

Frustratingly, though, the only chance of note was mopped up by Wanderers 'keeper Callum James as Rob Street was just a yard or two behind a slightly over-hit through ball. 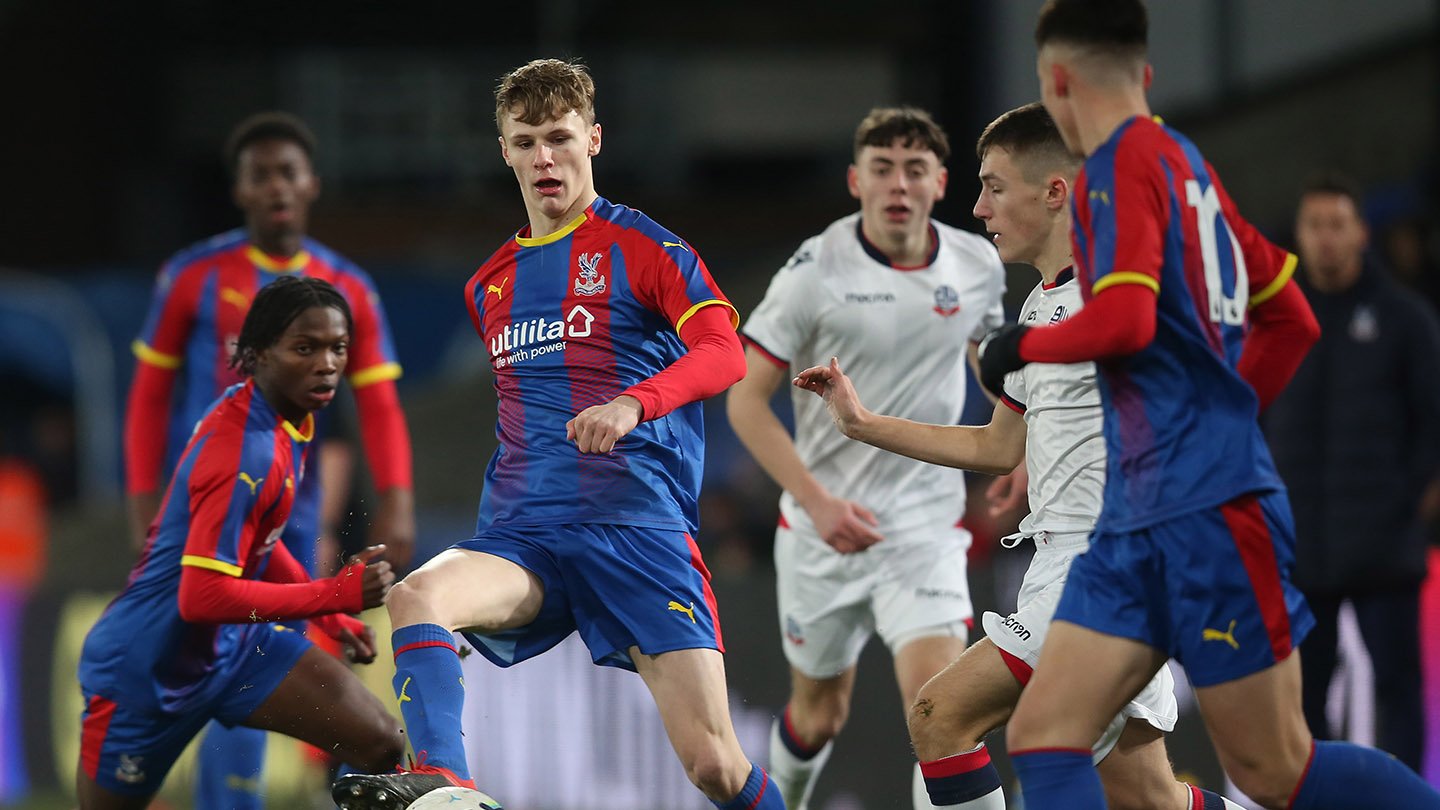 Bolton displayed their regained grip on the game moments later when Callum King-Harmes flew a lofted cross-field ball onto the deftly cushioned boot of Matthew Argent-Barnes, who could only fire over; ending a sumptuous move unfittingly.

Argent-Barnes then sought to make up for his miss as he dug the ball at goal from the edge of the box and was only denied by a thoroughly impressive leap from shot-stopper Russell.

The breakthrough came as Donkin raced into the Bolton box to chase down a loose ball and, having flicked over James, was brought down by a clattering collision to earn the Eagles an unarguable penalty. 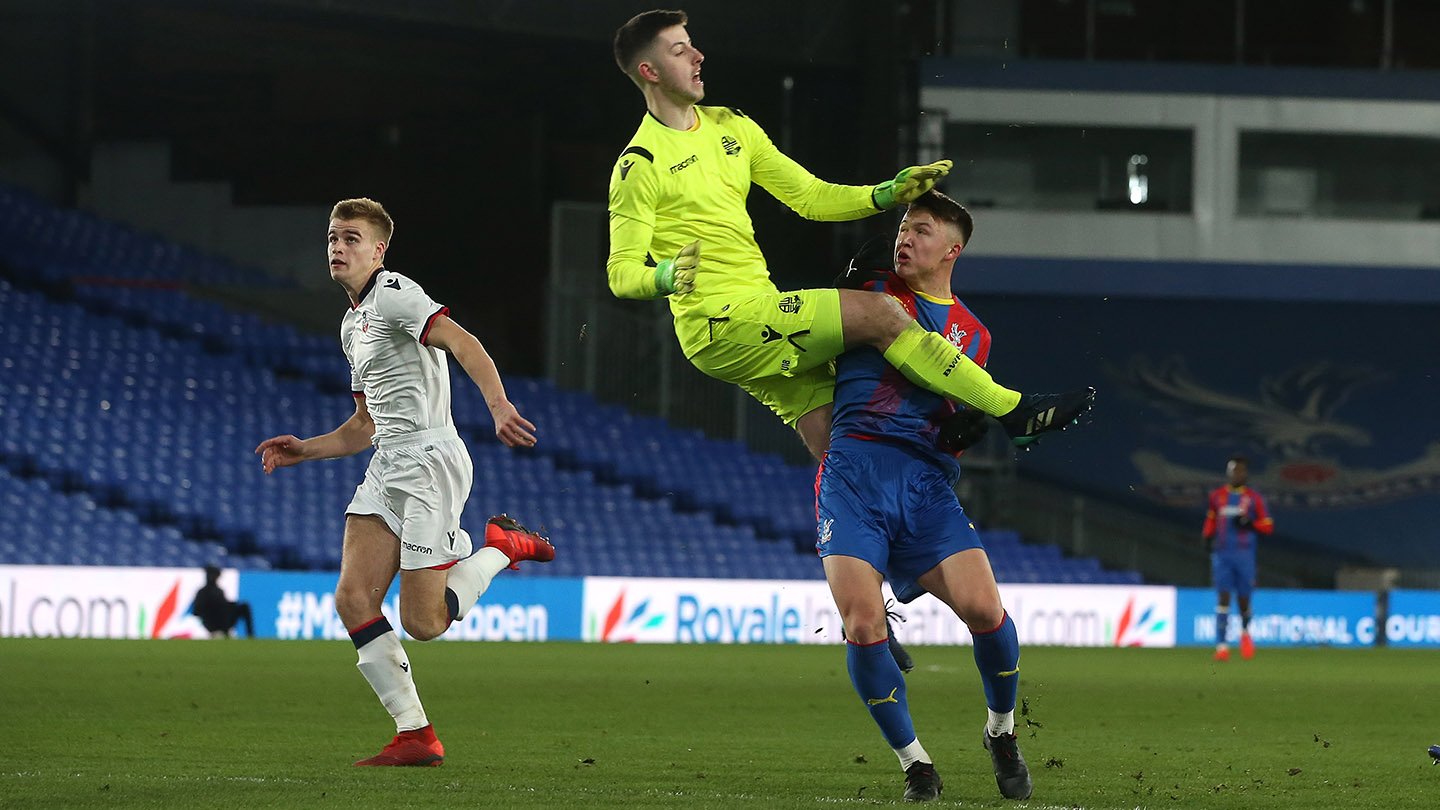 Brandon Aveiro ensured that Donkin's clattering wasn't in vain as he slotted home low to his left, opening the scoring and giving Palace the lead in the process.

Approaching the half-hour mark, Addy heard the whistle blown as his shirt was tugged while he jinked his way towards goal and Malachi Boateng's resulting free-kick was met by Street, who could only head into the arms of James. Bolton then broke down to Palace's end of the pitch but their sudden bout of pressure yielded nothing.

The remainder of the half saw little genuine chances occur, though David Boateng did enjoy a troubling shot at goal which bounced awkwardly in front of James, judging the bounce well and ultimately enveloping the ball in his neon jersey.

With David Boateng giving away a free-kick on the edge of the Palace box and receiving a yellow card as he did, Bolton were awarded a chance to equalise when Connell struck only inches over Russell's bar; keeping the scores level. 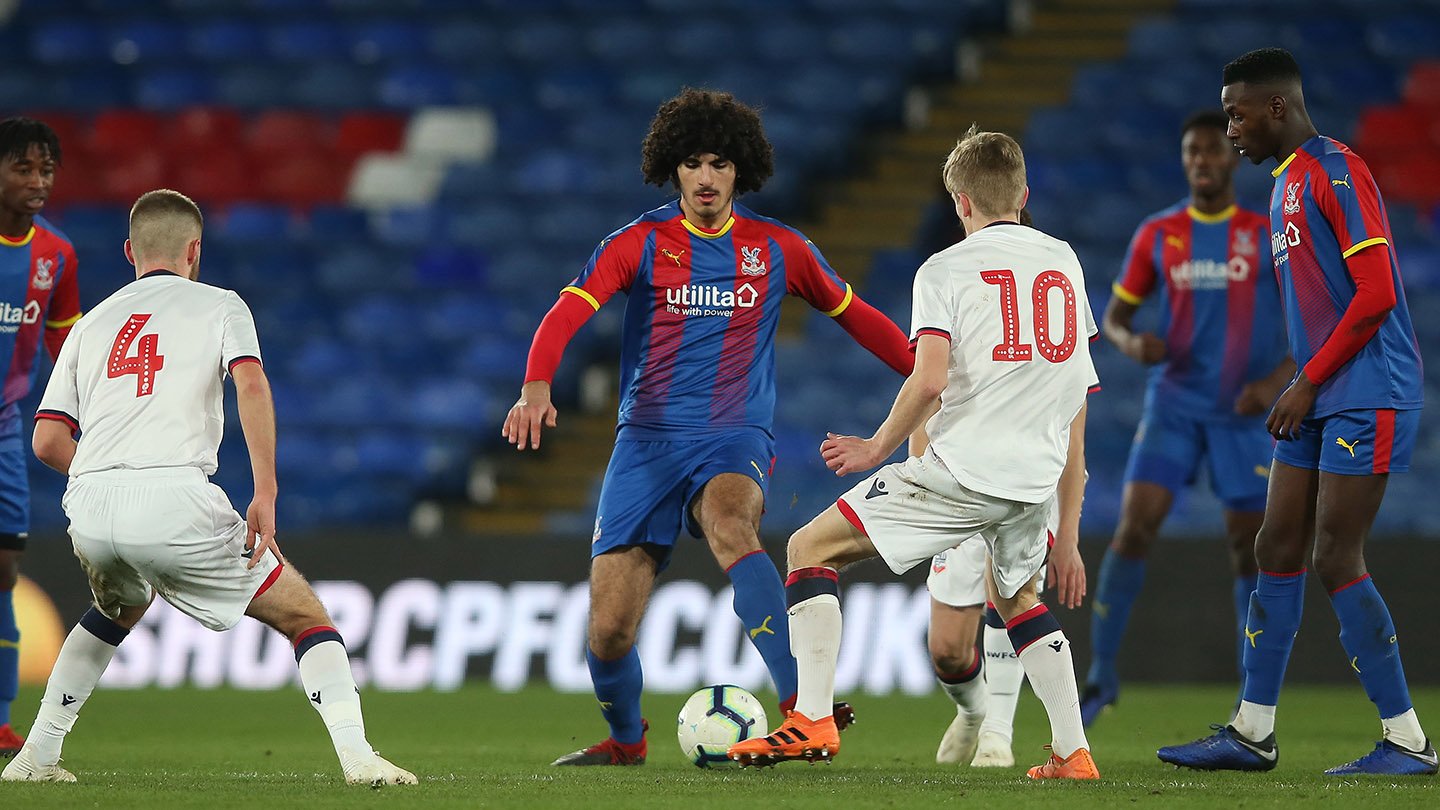 However, the goal for the visitors did inevitably arise barely a minute later when Argent-Barnes picked up the ball in the heart of the Palace box and shot clinically into the corner of the Eagles' rippling net to bring his side back into the game at 1-1.

Addy then tried to respond immediately when he pulled the trigger on a rising shot to sting the palms of James and warm the hands of the plentiful onlooking Palace faithful, though he couldn't double his side's tally as he did against Cogenhoe United in the previous round of the prestigious youth tournament.

At the other end of things, the game had burst into life. Eddie Brown found himself struggling to believe his own luck when he slipped through to face Russell one-on-one only for the Palace shot-stopper to stand firm and deflect a close-range shot out to relative safety.

Palace regained the lead with conviction via David Boateng, who fired Addy's squared ball without hesitation with the outside edge of his highly-charged right boot. 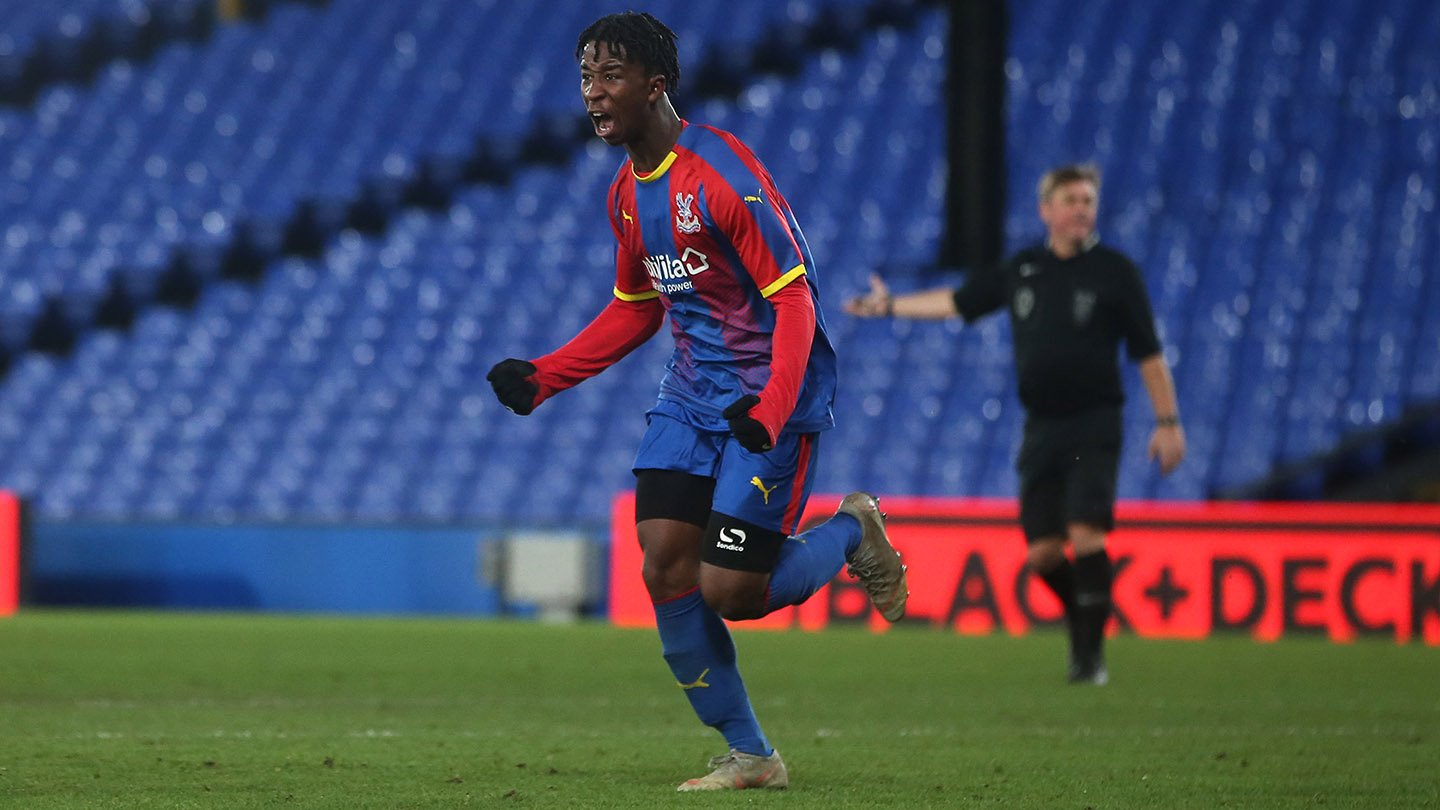 At 2-1, the match had become a very open affair and both teams were playing with a determined energy to contribute to the night's tally, epitomised when yet another Connell free-kick forced chilled Palace breaths to be held as he rifled the ball half a foot over the bar from 25-yards out.

Bolton's desire to haul themselves back into the game bore fruit as Ronan Darcy struck home for the visitors from within Palace's box, his goal coming as no surprise given the second-half's urgent nature.

Aveiro nearly re-took the lead for the south Londoners when he doggedly retained possession on the edge of Bolton's box before launching a powerful shot just over the visitor's bar.

A defensive mix-up between Russell and Cardo Siddick ultimately gave Bolton their third of the night as the ball ended up trickling over the line with less than 15 minutes of normal time remaining.

The Eagles then launched a sustained series of attacks, with substitute Josh Ajayi angling a shot at goal which ended up flying out for a corner.

Bolton ultimately ended any hopes of a Palace equaliser when Darcy slotted the ball into the Eagles' goal to conclude the game with the visitors running out 4-2 victors.