U18s Report: Palace miss out to Cardiff in close battle

In a closely fought battle at their Beckenham Training Ground, Crystal Palace missed out on claiming any points this morning as a visiting Cardiff City swooped to victory with three second-half goals to run-out 3-2 winners.

The early exchanges saw neither side threaten the respective ‘keepers, but it was Paddy McCarthy’s charges who had the first sight of goal.

A well-worked move down the right-wing in the eighth minute saw Aiden Steele play through Joshua Ajayi, who snatched at his shot from the right of the box and saw it sail over. Only a few minutes later, Cardiff’s Siyabonga Ligendza went on a powerful run down the right side and fired a ball low and hard across the Palace box, but Jashaun Chamberlin-Gayle in the Palace backline cleared easily.

The Bluebirds continued to threaten with Rubin Colwill firing a shot from the edge of the box which Jacob Russell in the Palace goal had to smarty tip over. After the opening 20 minutes it was clear McCarthy was instructing the dynamic trio of David Omilabu, Ajayi and Jesurun Rak-Sakyi to press high and put pressure on the Cardiff defence and in the 26th minute the South London side almost opened the scoring.

Ajayi used his body brilliantly and ran at goal, playing a lovely pass through to Omilabu whose shot was well smothered by the onrushing Jamie Cogman between the Cardiff sticks.

In the 38th minute, after some good spells of possession from Palace, the hosts opened the scoring through Omilabu. McCarthy’s side had looked the more likely to score, and Rak-Sakyi dribbled off the right side into the middle where he beat a couple of players.

He then released Fionn Mooney who played a brilliant reverse pass to send Omilabu in to finish smartly past Cogman. The Bluebirds attempted to equalise immediately as Ligendza fizzed a shot at goal but it was a simple enough stop for Jacob Russell. 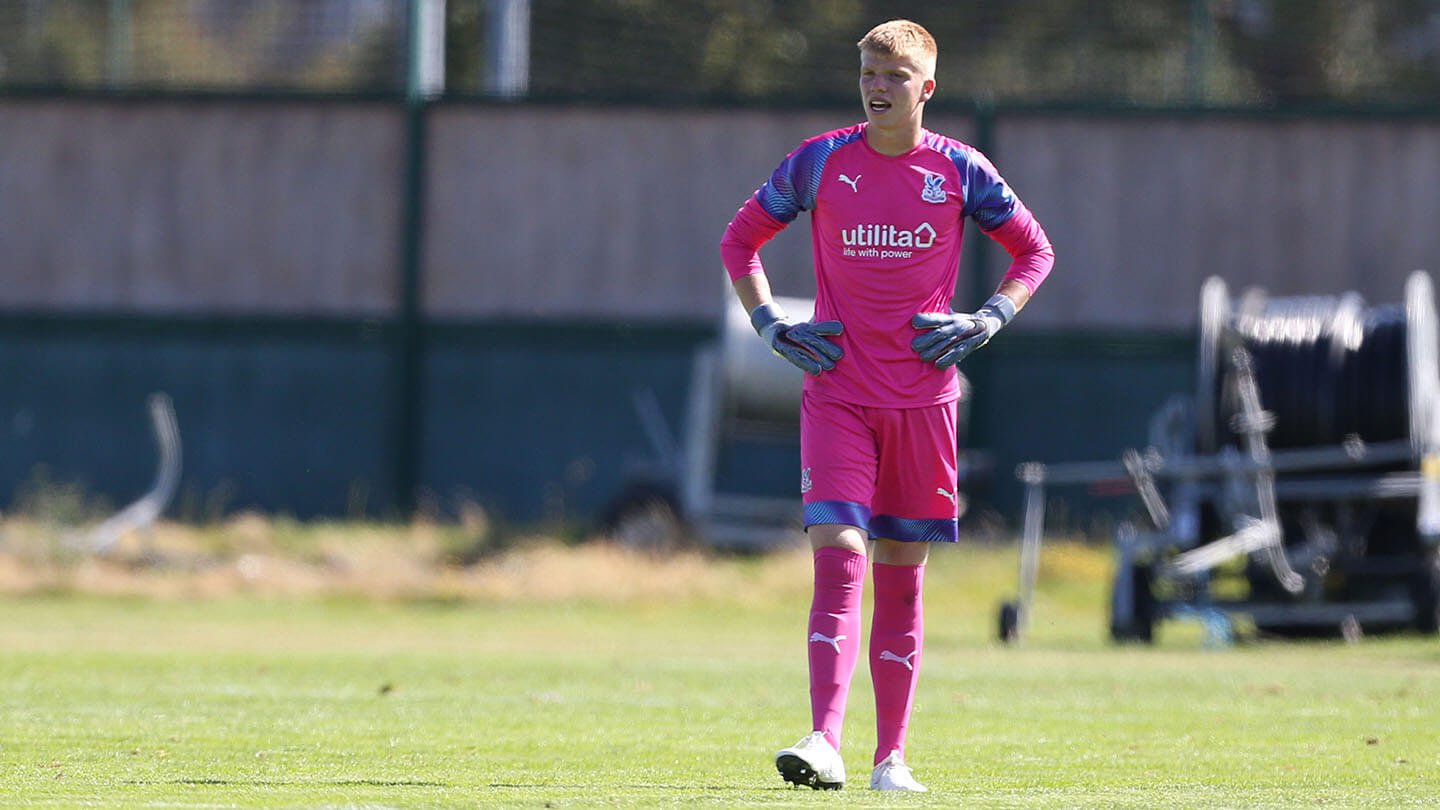 Cardiff continued to press for an equaliser before the half time break as the danger man Ligendza beat his marker and crossed to the edge of the box, only for Harry Pinchard to volley just over the bar. On the balance of play, McCarthy would certainly have been the happier manager going into the break at 1-0.

The second-half started a frenetic pace as, almost from kick-off, Steele was given the ball facing his goal on the halfway line. He turned excellently to take two Cardiff players out of the game and found Rak-Sakyi, who played through Mooney to take the ball past Cogman in goal and tap home, giving Palace a deserved 2-0 lead.

Matthew Bloxham’s Bluebirds responded well to going two goals down as Kieron Evans fired a shot from the left of the box which Russell could only parry into the feet of Harry Pinchard to tap in to an empty net.

Cardiff looked on top for the subsequent five minutes as they sought to find an equalising goal. The Welsh side wouldn’t have to wait long as a Palace midfielder brought down Isaak Davies around 25 yards out. Rubin Colwill stepped up to take the free kick and he whipped it over the wall and straight into Russell’s bottom right corner, a great strike to level the scores.

From the hour-mark onwards, the game became end to end, with both sides having half chances. Cardiff’s pressure after the equaliser eased off, allowing Mooney to find pockets of space. John-Kymani Gordon entered the fray with 15 minutes to go and looked to stretch the defence alongside Ajayi but Cardiff kept a solid defensive line.

Steele saw his free kick well saved by Cogman but in the 82nd minute Ligendza would prove his worth. The Cardiff No.11 was too strong for Dylan Thiselton and he drove into the box to whip a ball to back post where the unmarked substitute Ntazana Mayembe could volley home to make it 3-2 to the visitors.

The Eagles pushed for a late equaliser and in the 88th minute they almost found it as Mooney, who stood out on the warm south London turf, played an exquisite volleyed pass over the top for Gordon to run on to. Unfortunately the No.12’s shot agonisingly struck the post and went out for a Cardiff goal-kick, seeing the game end with no further goals.