Crystal Palace endured a frustrating loss to Tottenham Hotspur on Saturday afternoon, featuring a hat-trick from the visitors’ Dane Scarlett, with the home side struggling to convert their chances.

With the Eagles and Lilywhites vying for the league’s top spots, Palace were hoping to bounce back from a 2-1 defeat away at first-place Aston Villa last weekend, having recorded just their second loss of the term.

Spurs, meanwhile, picked up a 1-1 draw against Leicester City in the previous league fixture - with the north London club only ahead of the Eagles on goal difference as they headed into Saturday’s match.

Spurs started the game dangerously, pressing high up the pitch and preventing Palace from getting into the game. The match’s first chance came in the seventh-minute, when Scarlett struck the left post.

Palace’s first attack occurred moments later, when newly professional Tayo Adaramola dribbled down the left flank, eventually winning a free-kick for his side. However, the hosts were unable to earn anything from it, with Spurs comfortably clearing their resulting cross.

In the 13th-minute, the home side endured a nervy moment as Scarlett collected the ball close to goal. The striker took his chance from close range, but his attempt was cleared by Cardo Siddik. 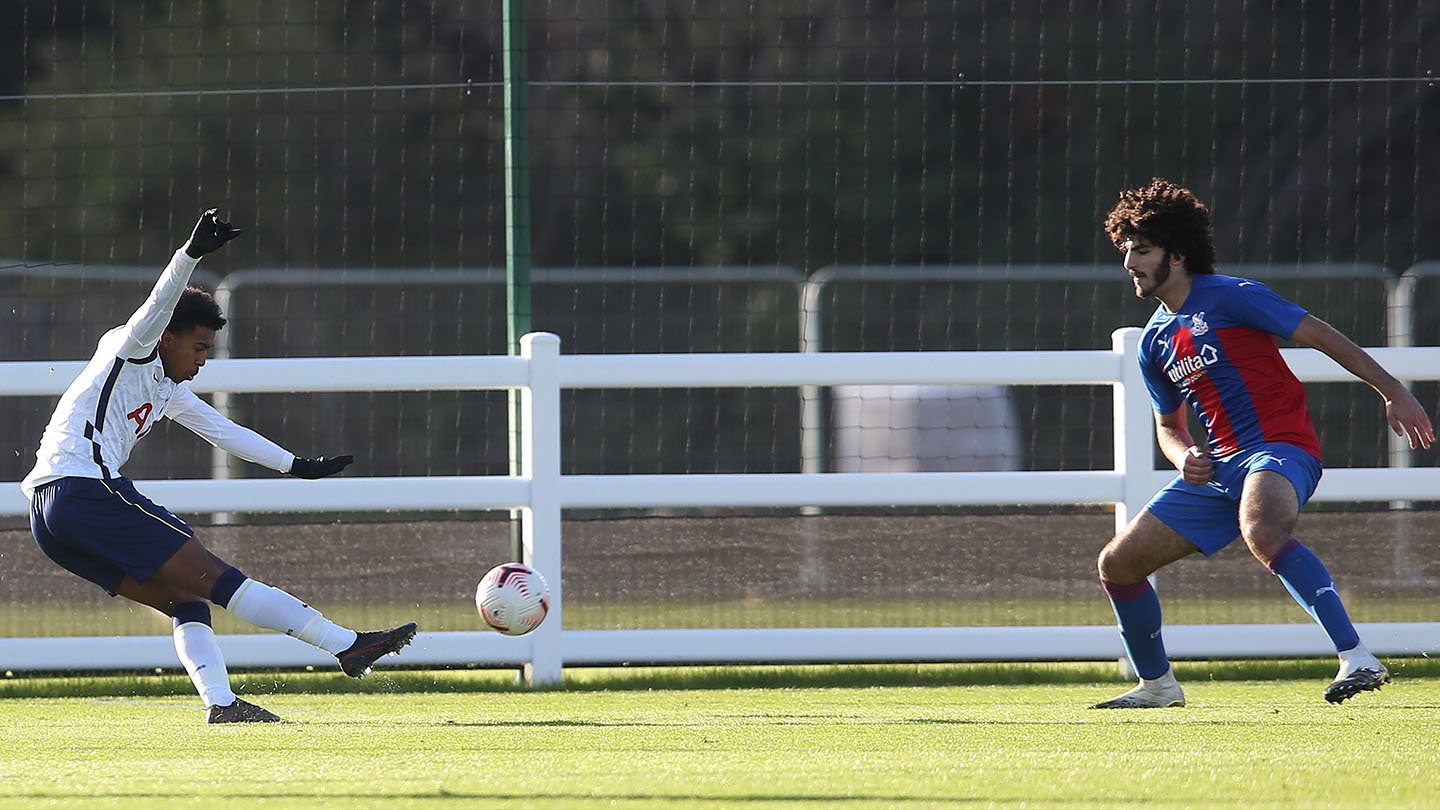 The deadlock was finally broken in the 27th-minute, with the visitors netting the game’s first goal. Scarlett was able to go through two of Palace’s defenders, slotting one past Joe Whitworth in the bottom right corner.

In the 35th-minute, Spurs were awarded a penalty after Whitworth conceded a foul inside the box. Scarlett made no mistake from the spot, striking to the left and registering his second of the game: 2-0 to Tottenham.

However, in the first-half’s final five minutes, Palace were able to pull one back. Fionn Mooney produced a beautiful delivery from a corner, with Siddik’s towering header finding the back of the net.

In the early moments of the second half, David Omilabu provided a good chance for Palace, with his shot going just wide of the right post as the Eagles continued to search for an equaliser.

However, it was Matt Taylor’s side that managed to secure the next goal, with Cesay shooting into the top left corner, giving the away side a two-goal lead once more.

Just 10 minutes later, Spurs extended their advantage - this time with a powerful shot by Roshaun Mathurin into the top right corner.

The afternoon became tougher for Palace late in extra time when Scarlett scored Tottenham’s fifth, completing his hat-trick in the 94th-minute.

The young Eagles faced their biggest challenges of the season yet with two of the league’s top sides. They will look to recover before Christmas and regain their immense form this season.

Highlights of this game are now available for free via Palace TV. Either click here or 'Palace TV' within the app.