Crystal Palace Under-18s fell out of the FA Youth Cup this evening against a rampant Wolverhampton Wanderers side, who the Eagles kept quiet for large swathes despite the home side's intense offensive pressure.

At times, the game showed flashes of reflecting last month's Third Round with Reading: Palace the inferior team for much of the first-half before settling down and launching a heroic resurgence.

Facing a strong, confident home side, Palace were dealt a prolonged early warning as Wolves pinned the visiting Eagles back throughout the game’s opening 10 minutes.

The hosts enjoyed several clear chances, with Chem Campbell, Connor Carty and Hugo Bueno enjoying a trio of efforts between them.

But Palace’s strength was always going to be in attack tonight and, as they had against Reading in the previous round of the cup, Palace found their rhythm after settling down and served Wolves a bout of their own offensive vigour. 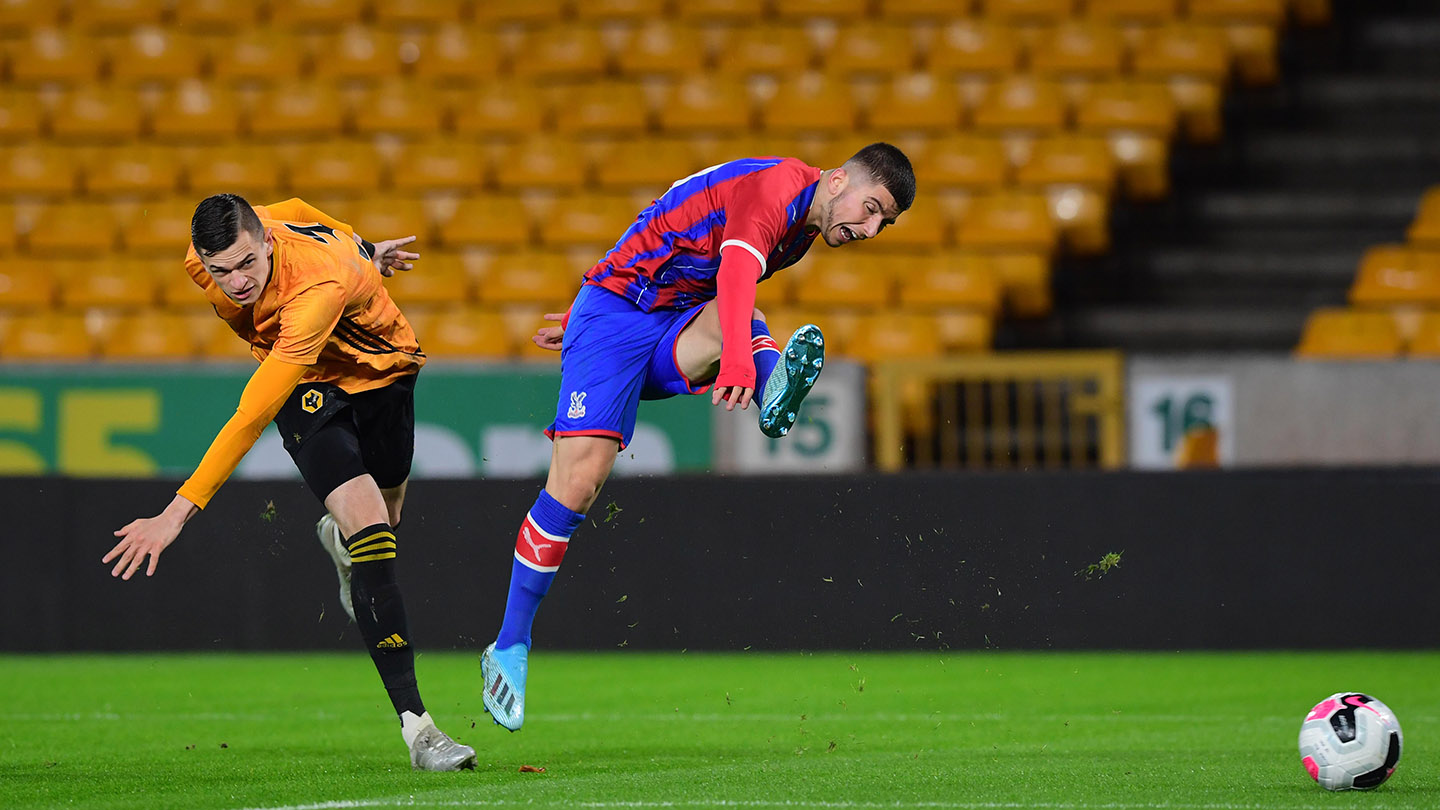 Two of the Eagles’ forward diamond - Rob Street and Brandon Aveiro - threatened their hosts, but each of the youngsters hit the ball wide of goal.

Palace’s signal was clear: they were in the game as much as the Wanderers, but Wolves paid heed to the south Londoners’ warning. Adept in possession, Steve Davis’ side controlled the ball with confidence and held on to it for a near uninterrupted two-minutes until Campbell blazed high and wide of goal with a fierce shot.

Wolves continued to keep Jacob Russel warm in the Palace goal, but the Eagles were resolved and continued to hold off their adversaries throughout an intense 40-minutes. The visitors' defensive commitment was highlighted by a perfectly timed challenge from Aidan Steele, who arched his ankle around the ball at Carty’s feet in the box to keep the home side out. 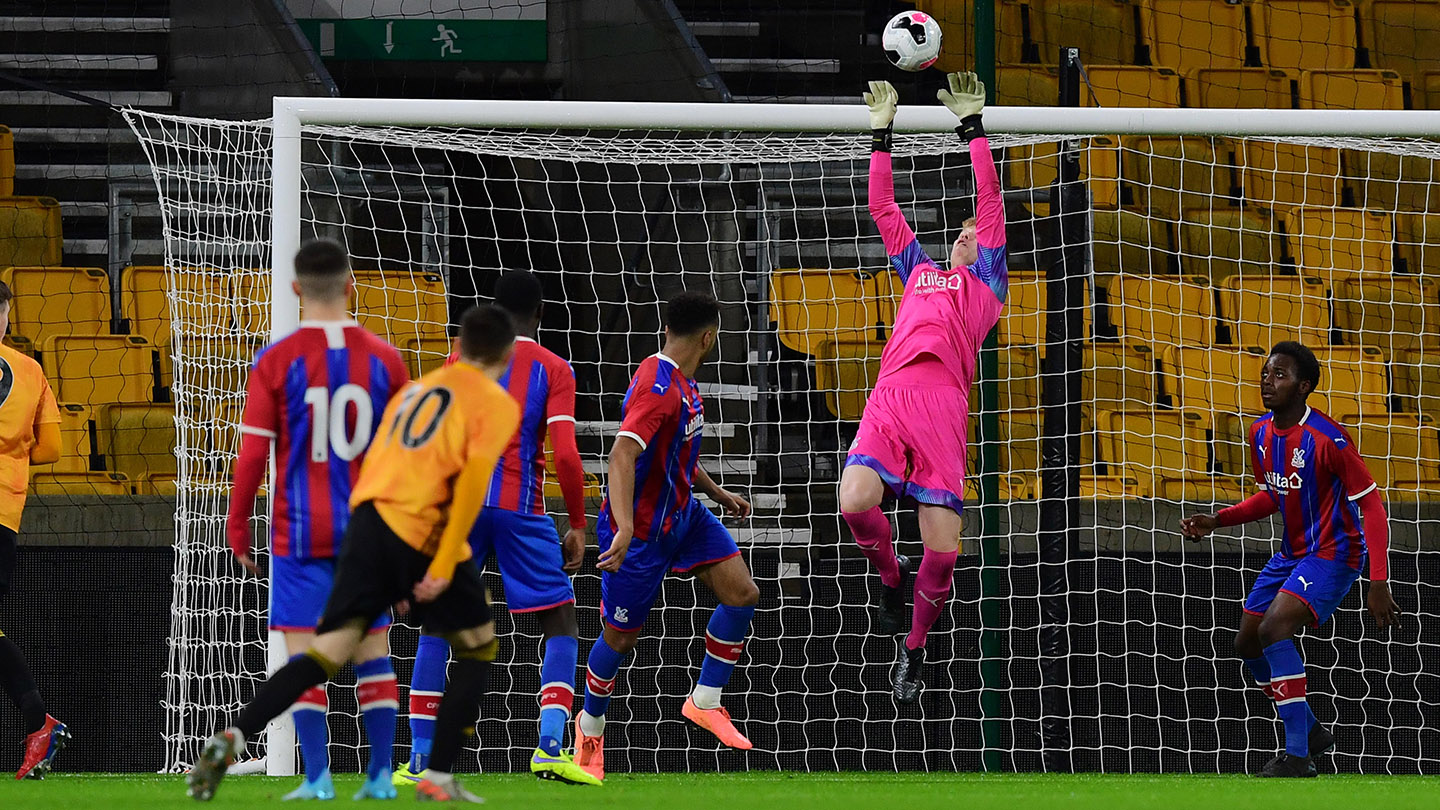 But the Under-18s couldn’t hold their opponent at bay for all of the first-half, and Wolves finally broke the deadlock via Jed Abbey, who struck home at the far post on the end of Bueno’s lofted cross.

Though the second-half began at a somewhat slower tempo, Palace looked far more accomplished and with every minute that passed with the score at 0-1, the Eagles appeared closer and closer to pulling level.

Recent first-team option Brandon Pierrick departed after an hour of play to be replaced by John-Kymani Gordon, and Palace shaped-up in a more conventional 4-4-2 for the game’s remaining half an hour. The substitution appeared to be a stroke of genius and Gordon inspired his team to an emphatic leveller as he jinked and danced in front of Wolves’ defence before sliding home from 12 yards. 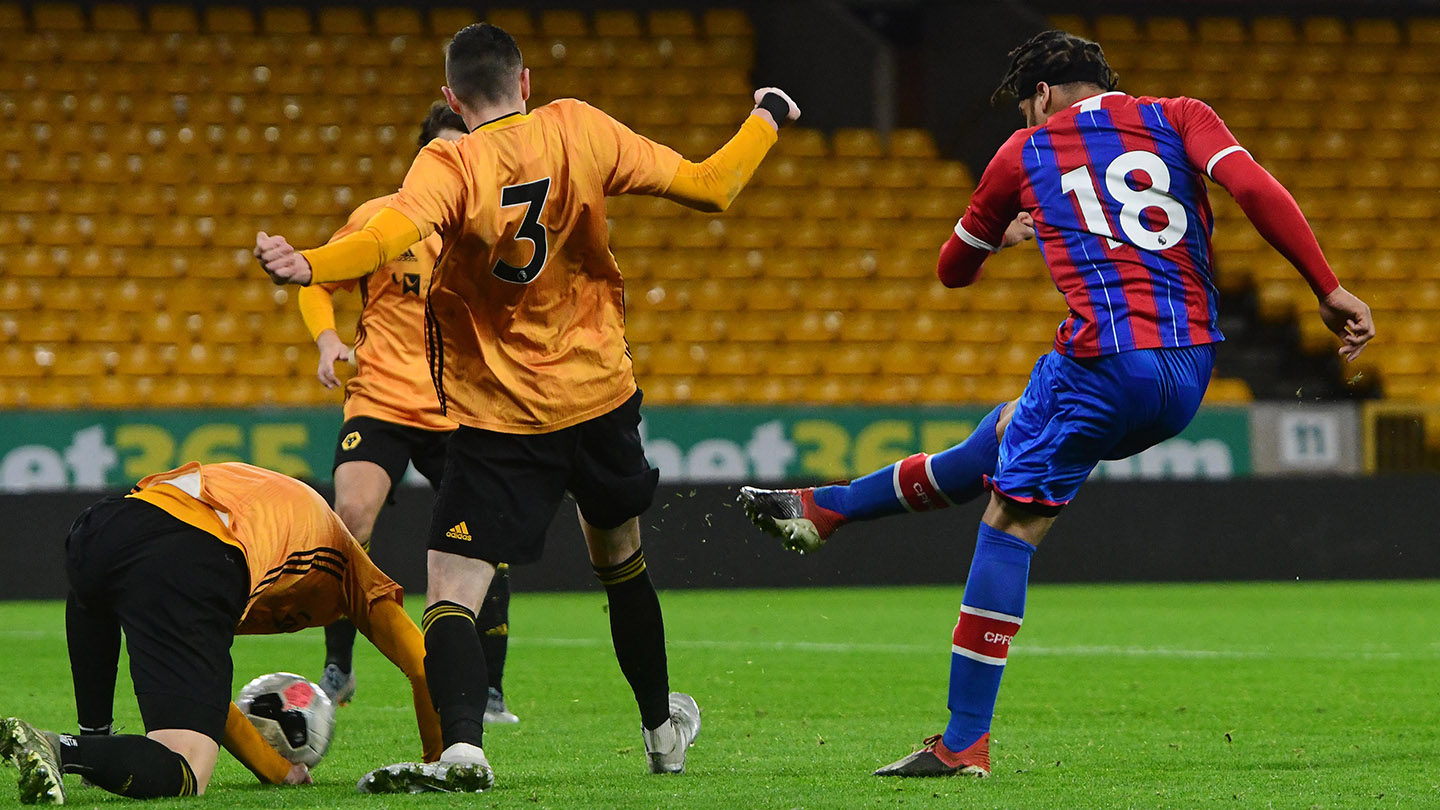 The hosts had been punished for not capitalising on earlier chances and the Eagles, it seemed, had found their perch.

Working in Palace’s favour, Wolves’ flair was still clearly evident, but their high-tempo approach took its toll as the clock ticked into its final 15 minutes.

Alas, flair triumphed over endurance when the home side regained the lead through Theo Corbeanu’s well-curled shot from distance. Afterwards, Palace ‘keeper Russell was again called into action after 80 heroic minutes of battling to provide his side a chance as he reached low and fast to deny Campbell’s long range shot.

Knocking on the Wanderers' door for one final push as the Eagles hunted an extra-time-triggering equaliser, Palace fought valiantly to pull level once more. But their push wasn't quite enough and, despite the booming encouragement of Paddy McCarthy and determination of the talented Academy team, Wolves progressed in the FA Youth Cup to the south Londoners' detriment.

This game was broadcast live to Palace fans free of charge via Palace TV. Stay tuned for post-match reaction and highlights by clicking here or 'Palace TV' in the official app!