Crystal Palace Under-18s won their first round of the FA Youth Cup tonight by dispatching Reading 2-4. Two fine goals from Rob Street and Brandon Aveiro ensured the Eagles had done enough at Madejski Stadium in addition to an earlier Aveiro effort and Malachi Boateng strike.

Facing Mikele Leigertwood’s Premier League tier Reading, Crystal Palace perhaps anticipated a tough start to the evening and their expectations proved justified from kick-off as the Royals pinned the Eagles back.

But, having not been threatened with any sincerity, the young south Londoners struck critically just four minutes after kick-off. Latching on to a knocked-down goal-kick, Aveiro fed TQ Addy deep into the home side’s half and struck the returned ball with venom, hitting the roof of the net to hand Palace a very early lead.

Barely 10 minutes later, the visiting Eagles doubled their advantage in a cut-throat opener to an otherwise scrappy match. 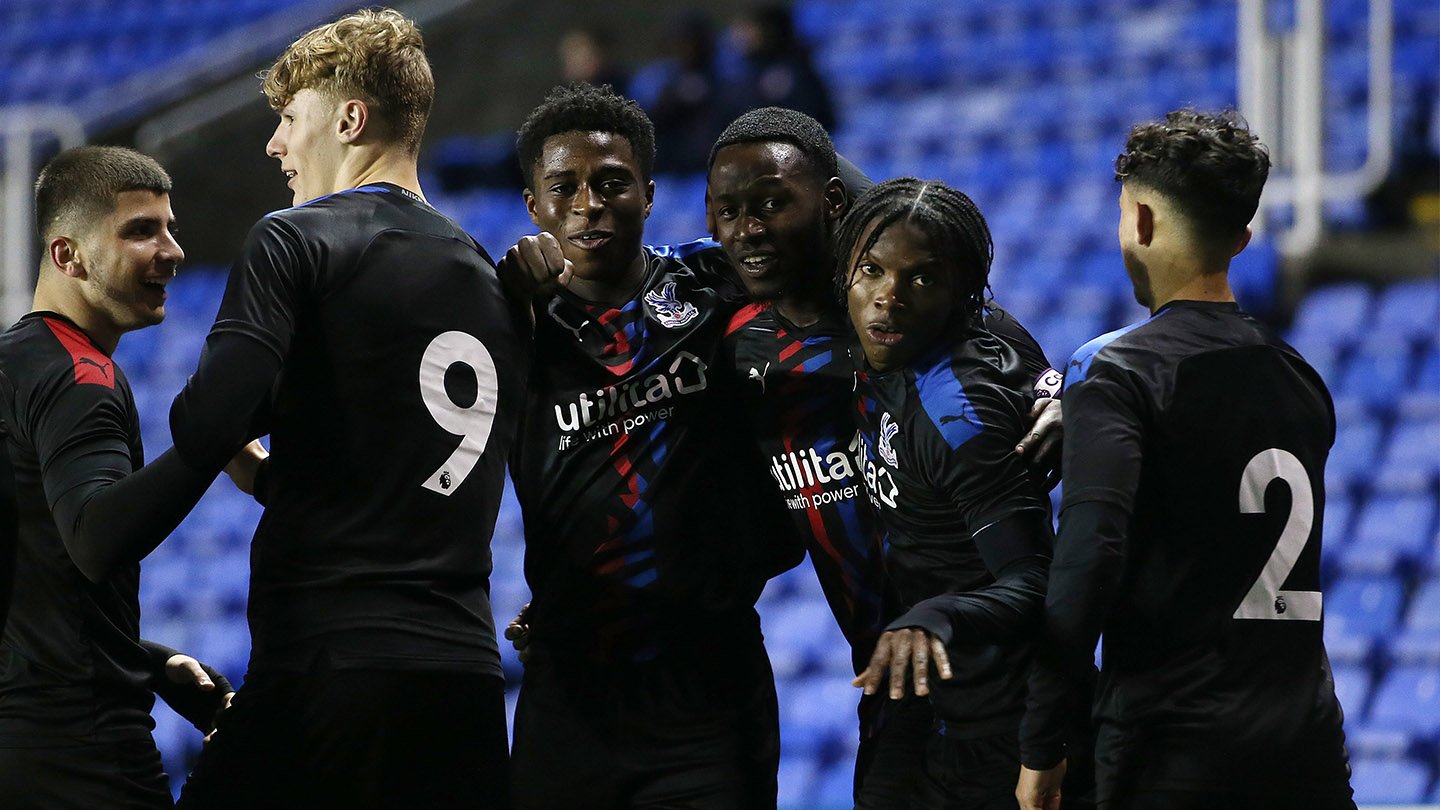 After Oliver Pendlebury felled Addy with a foul that earned him a booking, Aveiro floated in a smart free-kick to an unmarked Street. Pedalling backwards, Street poked a header into the centre of the penalty area where Boateng struck a blocked Jashaun Chamberlin-Gayle shot home.

The evening was never set to be an easy one, though, and Reading slashed the Eagles’ lead in half via right-back Lynford Sackey, who slotted past Jacob Russell from the edge of Palace’s box.

Continuing an end-to-end half an hour, Reading pulled themselves level after a strong spell where Palace were forced into defensive action. Pressuring the Eagles’ backline, Pedro Neves whipped in a cross which clipped the head of Conor Lawless. Reacting fastest to the second ball, Claudio Osorio scored from the far side of the box, hauling the score up to 2-2.

By half-time, the teams remained level and each enjoyed soft chances. But, beyond the four goals, neither had done enough to warrant holding the lead. 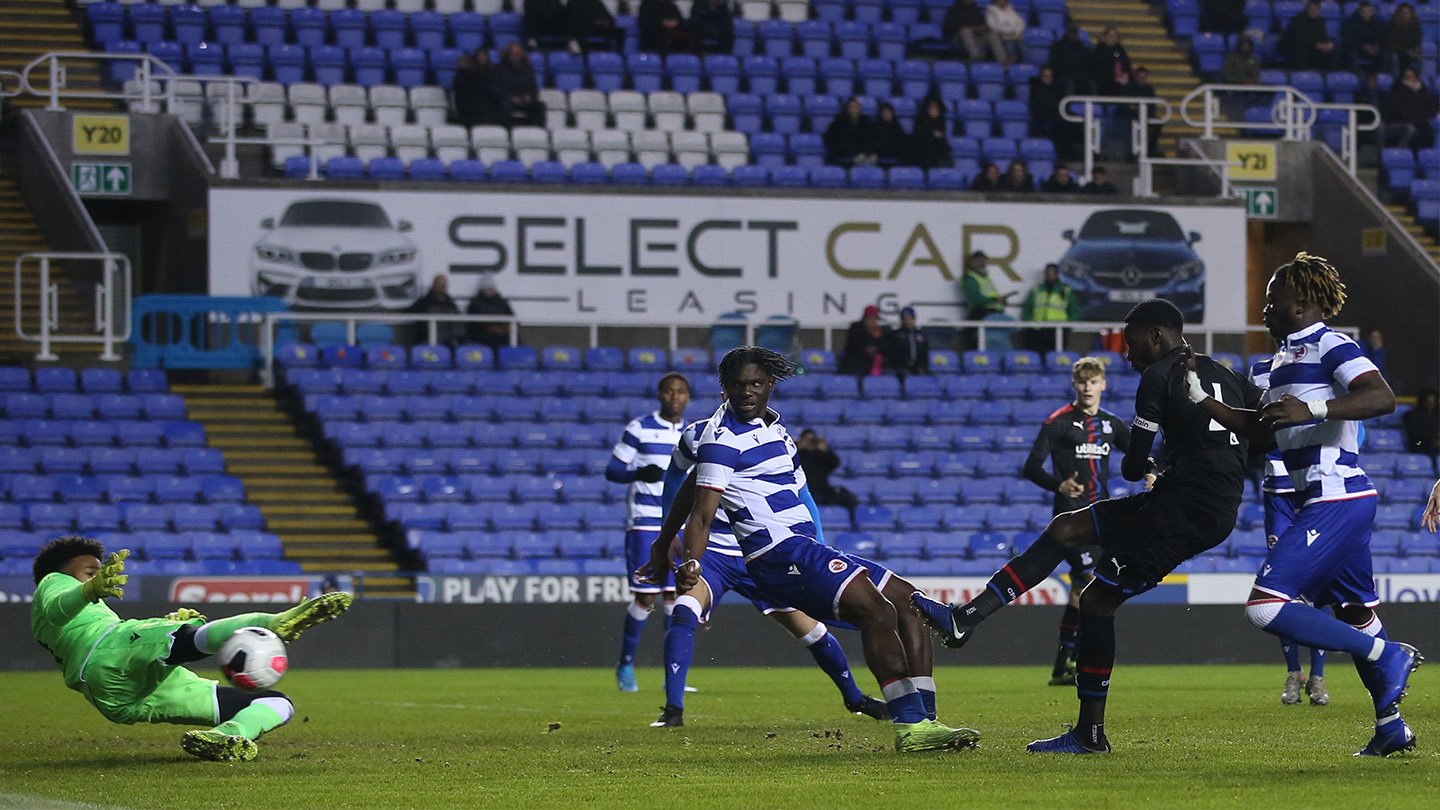 The moment of class deserving of stepping ahead came when Brandon Pierrick, who has just signed a professional contract with the club, collected the ball deep within his own half.

Feinting to retain possession, Pierrick drove all the way to the Reading box where he slotted a smart ball into Street’s boots. The Palace striker, after making a fine, curved run, struck beyond Coniah Boyce-Clarke. The Eagles almost added a fourth to their evening’s tally when fullback Jude Russell squared the ball just inches behind Street in front of goal, but frustratingly the cross wasn't quite on target.

Both chances for Palace arose on the counter, and it appeared certain that should they score again, any effort would come on the break. 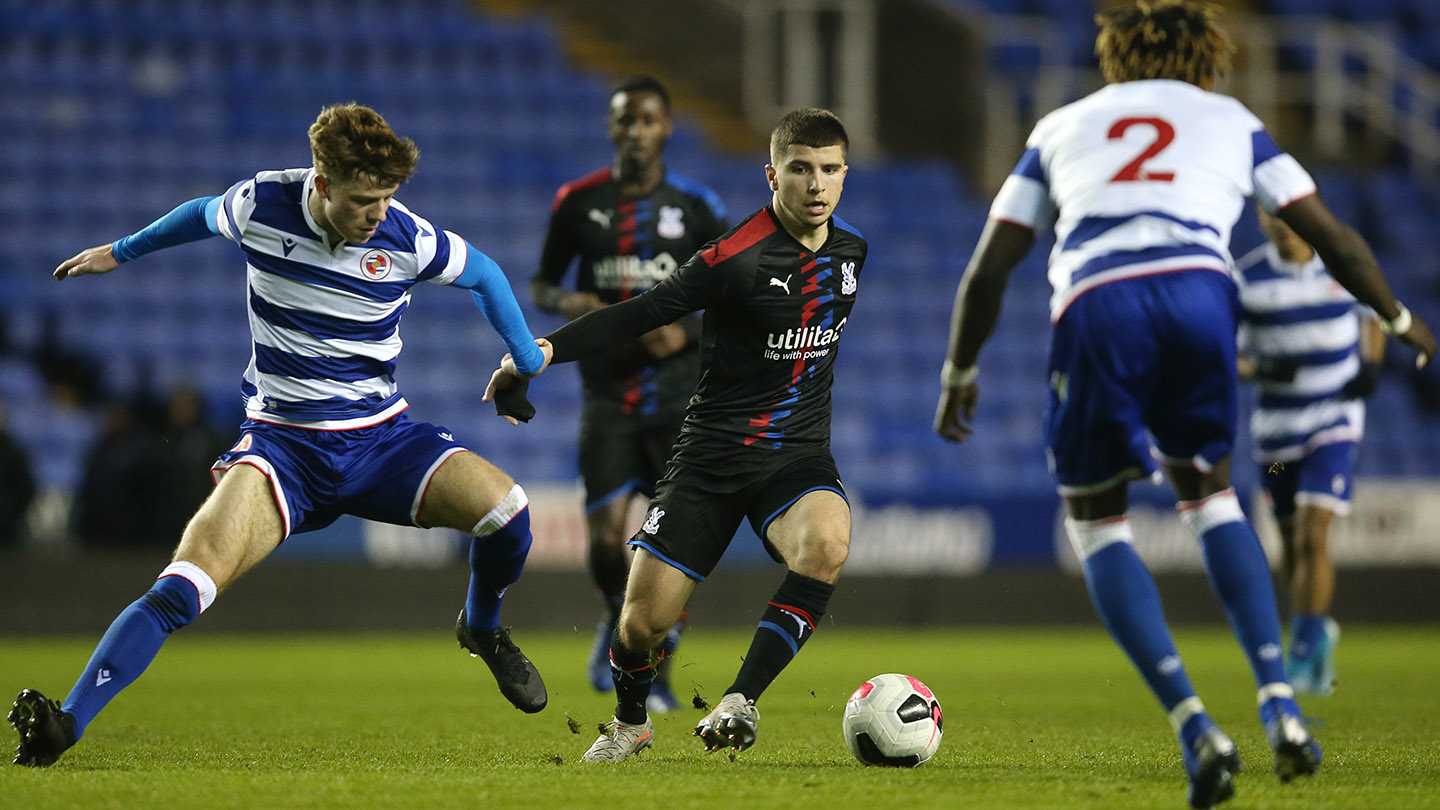 Instead, though, it came in a moment of magic from a dead ball: Aveiro thundering home from over 20 yards before wheeling away in triumphant celebration.

With Palace ahead, the game bogged down to a gritty fashion, and Reading were forced into making all three substitutions within 10 minutes through injury.

Looking to put progression to the Cup’s next round beyond doubt, Aveiro unleashed a fierce long-range effort late into the match, but the ball sailed past the ‘keeper’s far post.

Reading, despite being two goals down with as many minutes remaining, were kept at bay by an impressive Palace frontline. In fact, approaching the final whistle as victors, it was the south Londoners who almost grabbed the last goal as Boyce-Clarke got a strong hand to a low Pierrick shot.

Now, having stormed through the Youth Cup’s first challenge, Palace will face either Nottingham Forest or Wolverhampton Wanderers in the upcoming round.

This game was streamed live for free to all fans via Palace TV. Check out more of their excellent work by clicking here!