It rained goals in south London as Palace U18s overcame a robust Fulham defence to score four times and go top of the U18 Premier League, in an entertaining London derby.

Palace began encouragingly at a rainy Beckenham, with winger Jesuran Rak Sakyi earning an early corner after steaming down the left flank, as Fulham’s Xavier Benjamin blocked his incoming cross. The corner didn’t amount to anything but the Eagles midfield remained resilient with Jack Wells-Morrison and Kevin Gonzalez making several neat touches to keep their team ticking in midfield.

Fulham started brightly too, keeping Palace’s defence on their toes and keeping possession in a cagey first-half. This earned the visitors their first corner the game inside the opening 10 minutes when Imani Lanquedoc forced a splendid save from Whitworth, following an excellent cross from Adrion Pajaziti. 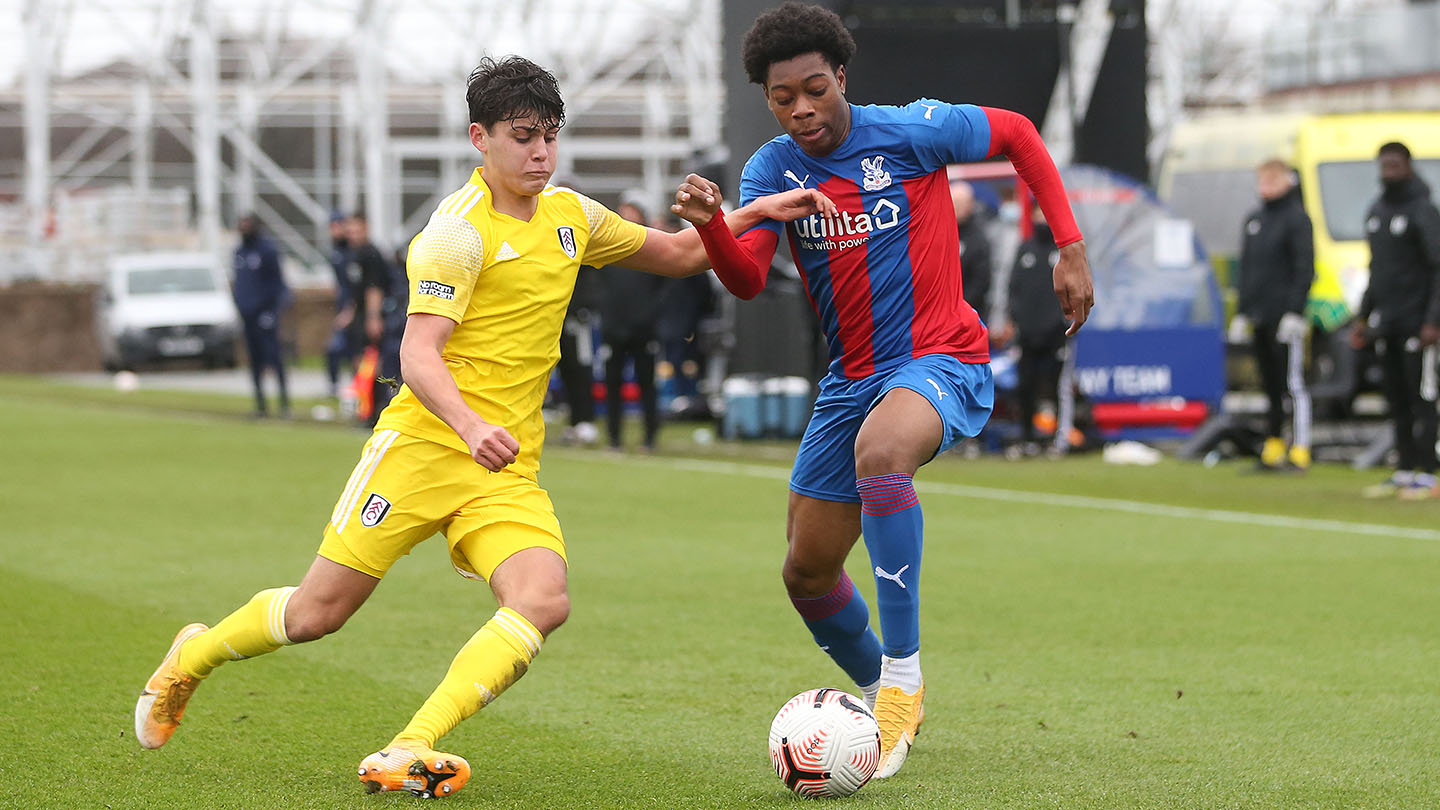 Tayo Adaramola won the ball in midfield before driving towards the Fulham defence. The Palace left-back fed Victor Akinwale who was muscled off the ball inside the box by Fulham’s Stefan Parkes; the referee waved away the penalty protests, but it was a promising sign of improvement from the hosts.

The Eagles took the lead on 44 minutes, after a well-timed cross from Aderemola was diverted into the Fulham net by Thorsteinn Antonsonn, who had miskicked his clearance. The goal was completely against the run of play but it was one that Palace would have welcomed, given their solid defensive efforts throughout the first-half.

The match sprung into life following in the second half, as the hosts netted twice in three minutes.

Adaramola doubled the Eagles’ lead with a stinging left-footed drive into the top corner. The flying full-back had caused problems for Fulham’s defence all game and his goal was well-deserved.

The third came moments later, when Akinwale buried a right-footed effort into the bottom corner, following a well-orchestrated passage of play from Palace.

The second-half was a stark contrast for Fulham stopper Dermot Mee who was being kept busy by a string of Palace efforts at goal.

On 61 minutes Fulham pulled one back to make it 3-1, as striker Mika Bierith broke through the defence to salvage a glimmer of hope for his side, but after that rare lapse in concentration the hosts rarely looked troubled by Fulham’s passing game in the midfield. 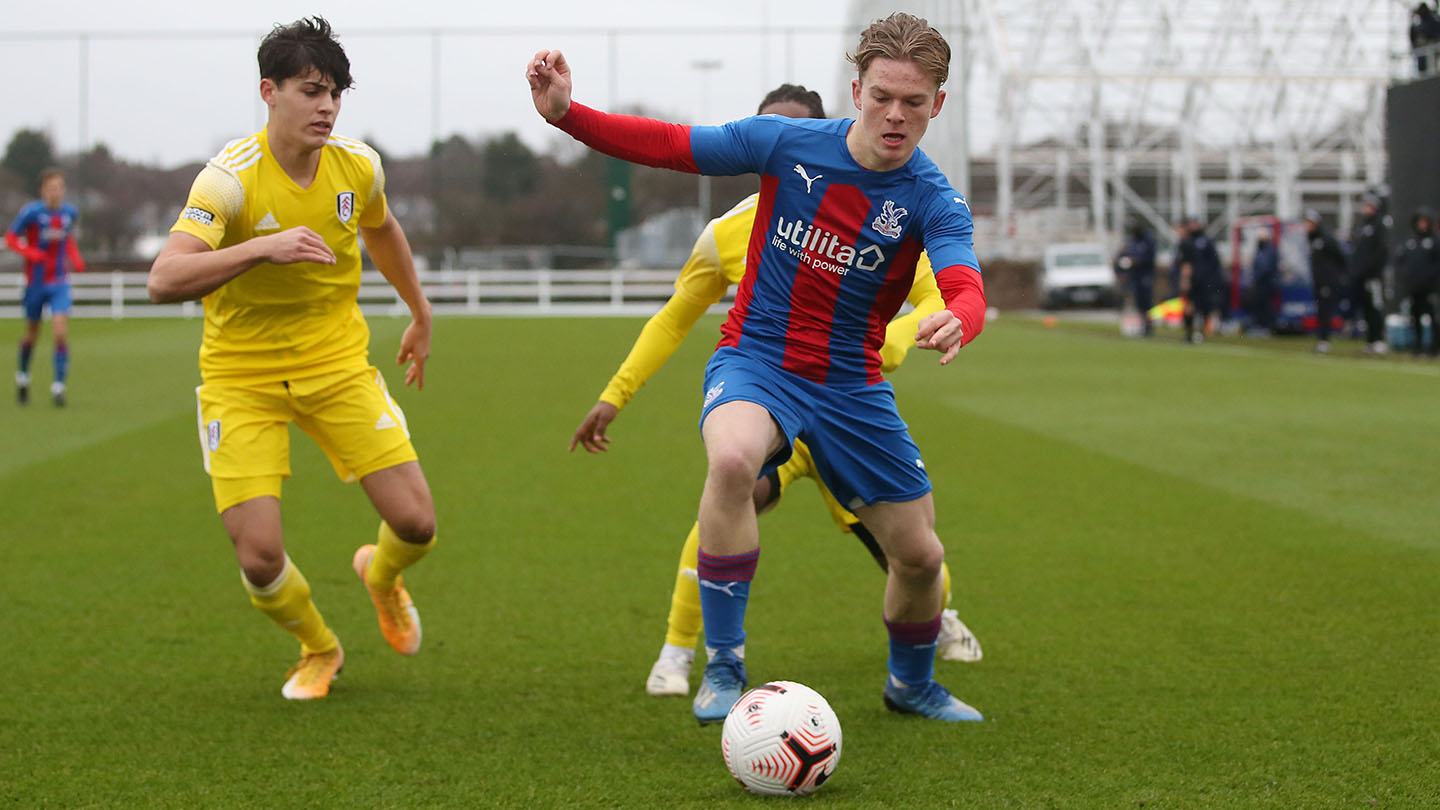 Frustration evidently crept in for Fulham, who gave the ball away more frequently than they did in the first-half. Midfielder Harvey Araujo fouled Akinwale just outside his own penalty area.

Despite Palace’s failure to capitalize from set-pieces, they were pressing Fulham a lot higher up the pitch, forcing the Cottagers into defensive errors, and Palace were gifted a penalty when Mooney was fouled in the area.

His penalty was well-saved by Mee, and the ball was scrambled clear to scupper any chances of Palace scoring the rebound.

Fulham’s missed opportunities in the first-half continued to haunt them when Rak Sakyi bagged a fantastic fourth for the hosts on 69 minutes, drilling a well-executed effort into the bottom corner. This followed great work from Dylan Thiselton, who initially turned defence into attack by motoring past Fulham’s defence to cross the ball to Sakyi.

By 75 minutes, Palace’s attackers had run Fulham’s defence ragged with a relentless second-half display; Gonzalez and Wells-Morrison ran non-stop as they put the visitors to the sword.

The result sends Palace to the top of the U18 Premier League - they host Arsenal next on January 30th at the Academy Training Ground.