If Crystal Palace's clash with Wolverhampton Wanderers on Friday evening resembles the Under-23s' today at all, supporters can expect a fine night of football and hatful of sensational goals in a solid Palace performance.

Wolves stood out from kick-off on a grey south London afternoon: their old gold kit and positive playing style initially making them an eye catching watch. But it was Palace who created the first major chance when Christian Benteke fed Brandon Pierrick only for visiting goalkeeper Andreas Sondergaard to stand big and block the resulting shot. 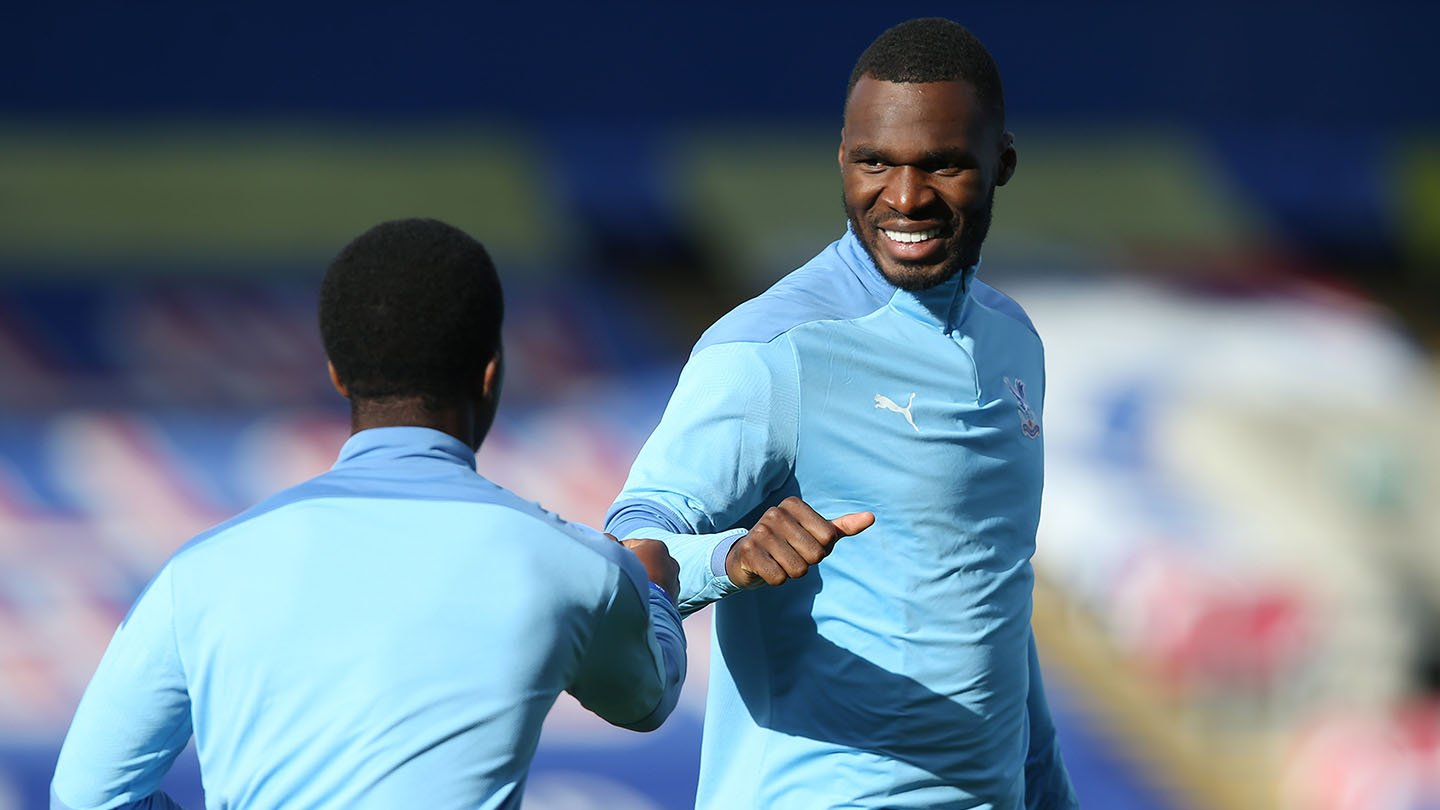 The passage closely mirrored several chances displayed by the first-team against Fulham, with Benteke perhaps bringing touches of Roy Hodgson’s recent training into the Development clash.

He then brought a touch of class, too, as he carved out a shooting chance from wide on the left, but his effort didn’t match the quality that preceded it and Sondergaard was again on-hand to confidently guard his net.

Shortly afterwards, Sondergaard faced another near-identical threat when Benteke threaded a fine ball in front of Pierrick, who lashed a shot goal bound which the ‘keeper did well to deny.

But Benteke’s swift, pinpoint passes weren’t the only trope that matched first-team styles, and Wolves looked as compact defensively and expansive offensively as their professional peers. This provided Palace with a challenging task at both ends of the pitch, but Shaun Derry would have been satisfied with his side’s performance after 25 minutes.

Palace’s passes grew a little sloppier around the half-hour mark, perhaps through frustration at their guests’ density. Both teams displayed solid defensive set-ups, with chances and action in short supply.

This impasse changed in blistering fashion during the first-half's closing seconds, however, as Ollie Webber pulled off a sensational close-range save to rightly enter half-time unbeaten. This reflexive stop then triggered an excellent counter-attack, with Sam Woods sliding Benteke into a shooting position and the Belgium international slamming home superbly to hand Palace the lead.

At half-time, the players could reflect on 46 deadlocked minutes and 30 seconds of explosive football. 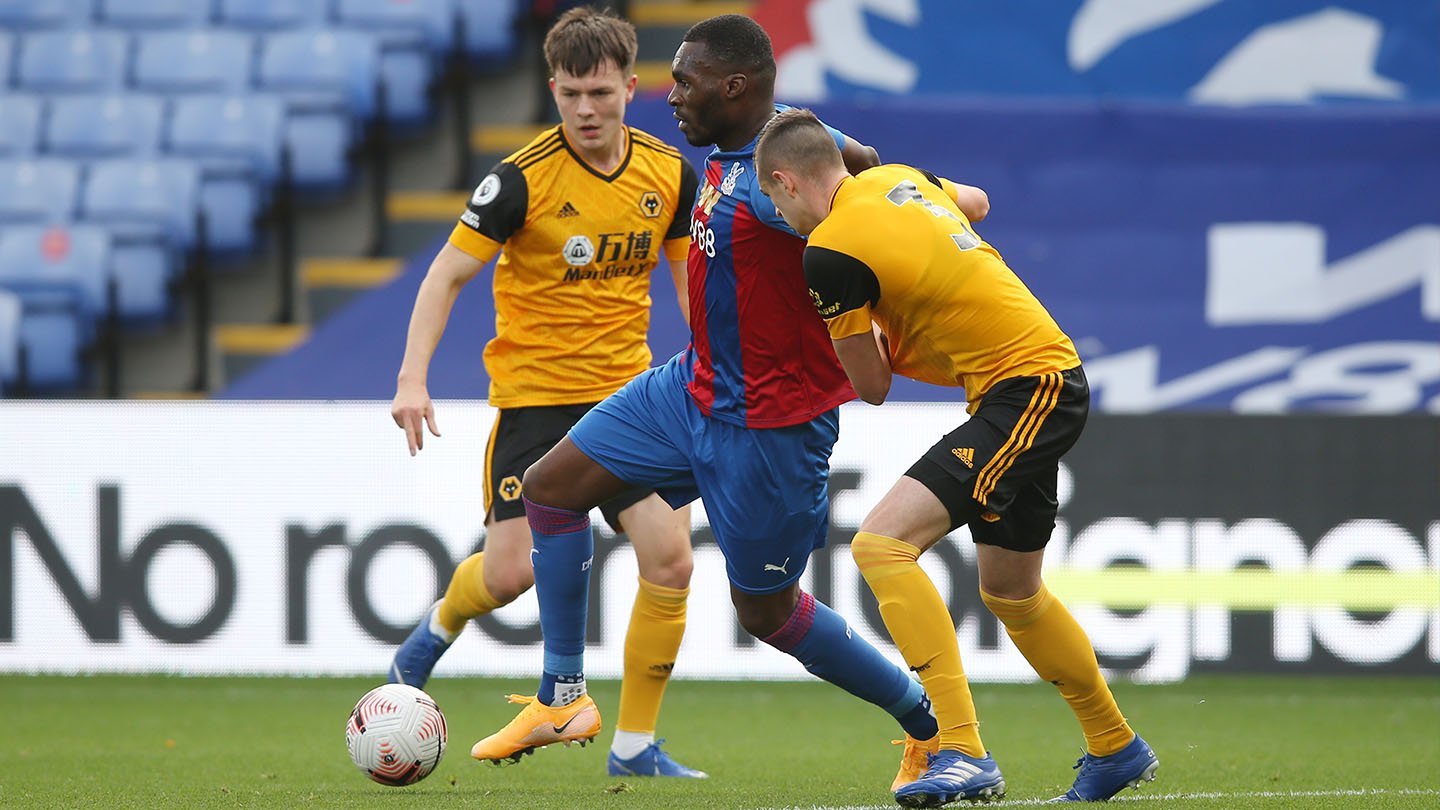 If drama ended the first-half, it certainly kick-started the second; with Palace again moving from one end of the pitch to the other at break-neck speed and with devastating effect.

Starting once more with Webber, the Eagles moved into their opponent’s half and Benteke played the ball to Scott Banks in an innocuous attacking space. At the flick of a switch, Banks turned the seemingly harmless possession into an uncontrollable threat as he danced and jinked his way with a delicate force towards the box.

Running out of space, he quickly laid the ball to Pierrick who, recognising the calibre of play he’d just watched, adeptly returned it to his teammate; Palace’s second duly following with a smart strike after a truly sensational passage. 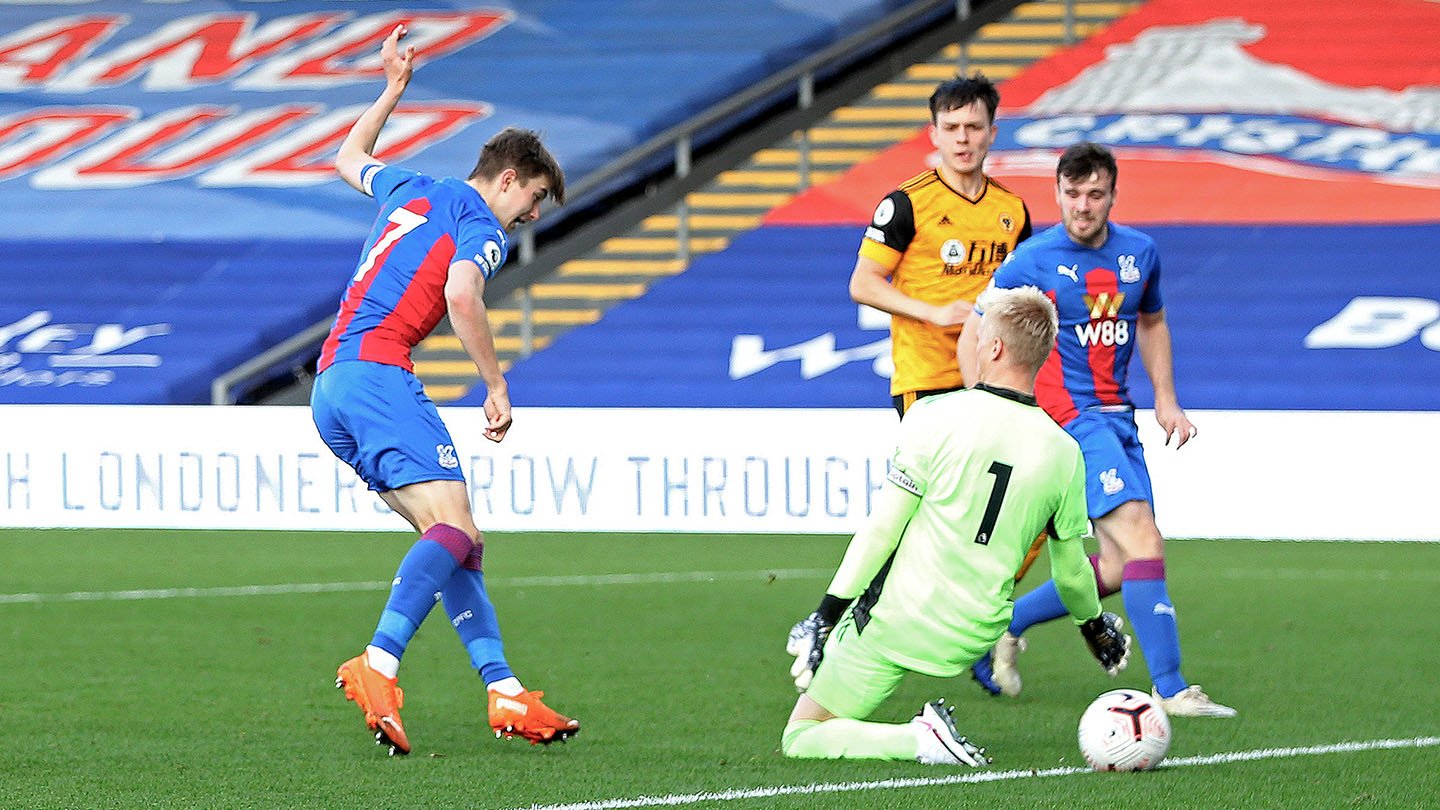 Wolves responded by pressing their hosts with more urgency, but a scrappy half-chance led to nothing when the visitors fouled James Tomkins.

The two goals energised James Collins’ charges, who loosened their attacking play enough to tamely trouble the Eagles over the following 10 minutes. Many of these chances were mopped up with some ease by Tomkins and Martin Kelly, who boasted their experience and talent assuredly.

They could not, however, prevent what happened next, as substitute Taylor Perry drove home a near-perfect free-kick from over 20 yards to pull Wolves a step closer to being level. 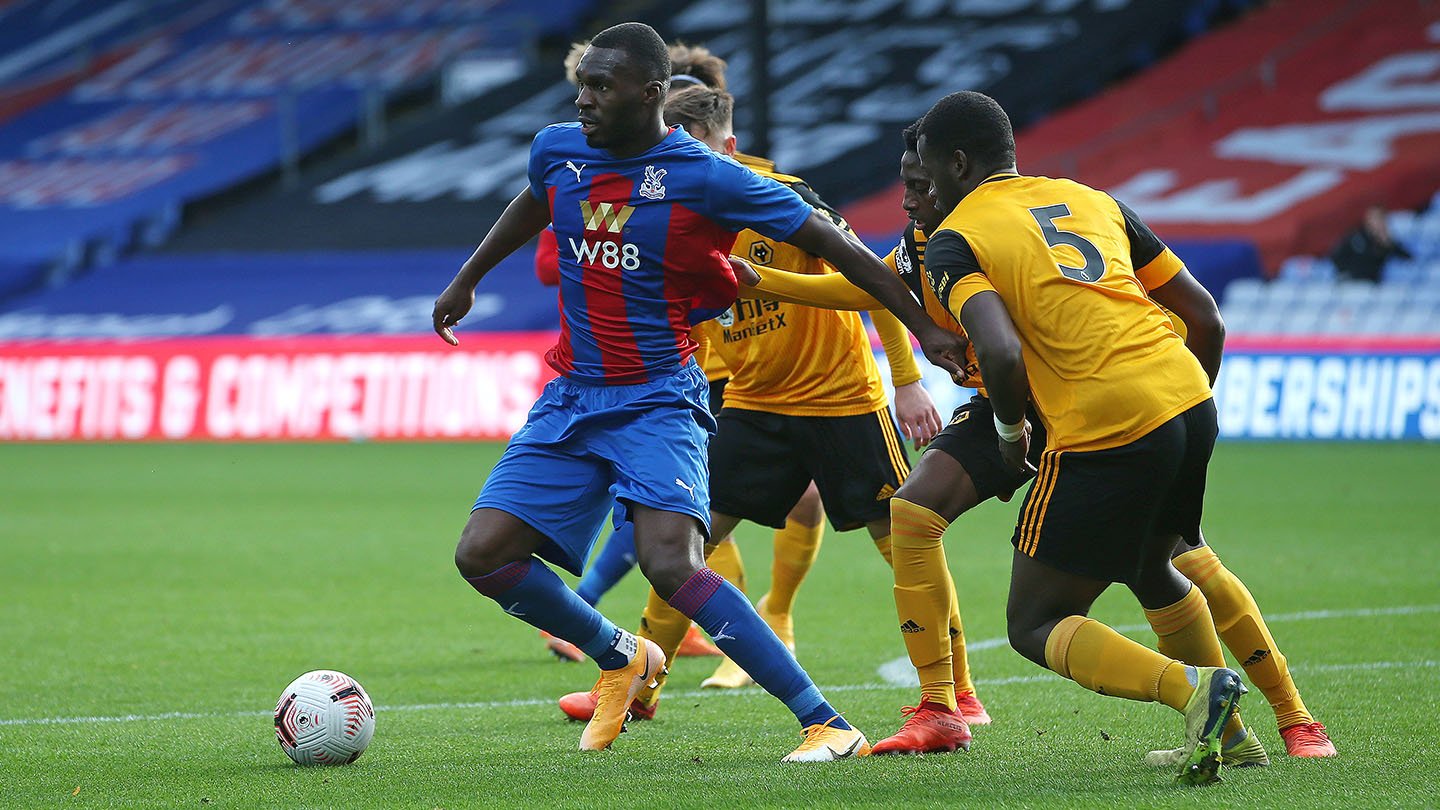 With the players recollecting after the goal, Derry pulled his first-team cameos from the pitch in one swoop - levelling the field somewhat.

Wolves spurned a handful of chances in the following minutes and sought to secure their second with an ever more urgent approach. The Eagles retaliated in textbook fashion with Banks feeding Pierrick on the break, but the teenage frontman delayed under pressure from Oskar Burr and subsequently struck behind for a corner.

Late goals are part and parcel of Development football and have been frequent in recent Palace matches. This fact will have been at the front of the Eagles' minds, and so the south Londoners filled their half well, hacking away a series of opposition efforts.

But goals as inspiring as Benteke's and Banks' deserve three points - and the Eagles clung on to ensure these efforts were justly rewarded. When the full-time whistle sounded, the players could breathe a sigh of relief at securing their first home victory of the season - and what a manner they did it in.

Supporters were able to watch this game live with a Gold, Junior Gold or International Membership or with a pay-per-view pass for just £3. Don't miss watching our next Development home game and grab your Membership here!