Crystal Palace Under-23s secured their place in the Premier League 2 Division 2 play-offs after a 1-0 victory against Middlesbrough on a rainy Friday afternoon at Heritage Park.

Palace made two changes from the 3-2 win. No first-team players were included this time around, as Lewis Hobbs and Jude Russell came in for Nathaniel Clyne and James Tomkins.

The hosts had their first attempt at goal 14 minutes in from an Isaac Fletcher free-kick on the edge of the box, the Palace wall stood firm to block it.

A well worked move from Boro 25 minutes in saw the ball fall to Fletcher on the edge of the box, his shot was blocked by O’Brien.

The game was paused briefly due to a clash of heads between Matthews and Isiah Cornet. The Eagles soldiered on with 10-men until Matthews rejoined the action a few minutes later bandaged up.

Thirty-five minutes in, a cross into the box from David Boateng was well met by Rob Street, forcing the goalkeeper to parry it out right into the path of leading goalscorer Sion Spence for him to finish from close range.

Boro looked to find a way back into the game, however Palace ‘keeper Ollie Webber punched out a corner and caught a close-range header from Rumarn Burrell.

The half-time whistle blew with Palace leading 1-0, as it stood the Eagles were third and on their way to securing a play-off place. 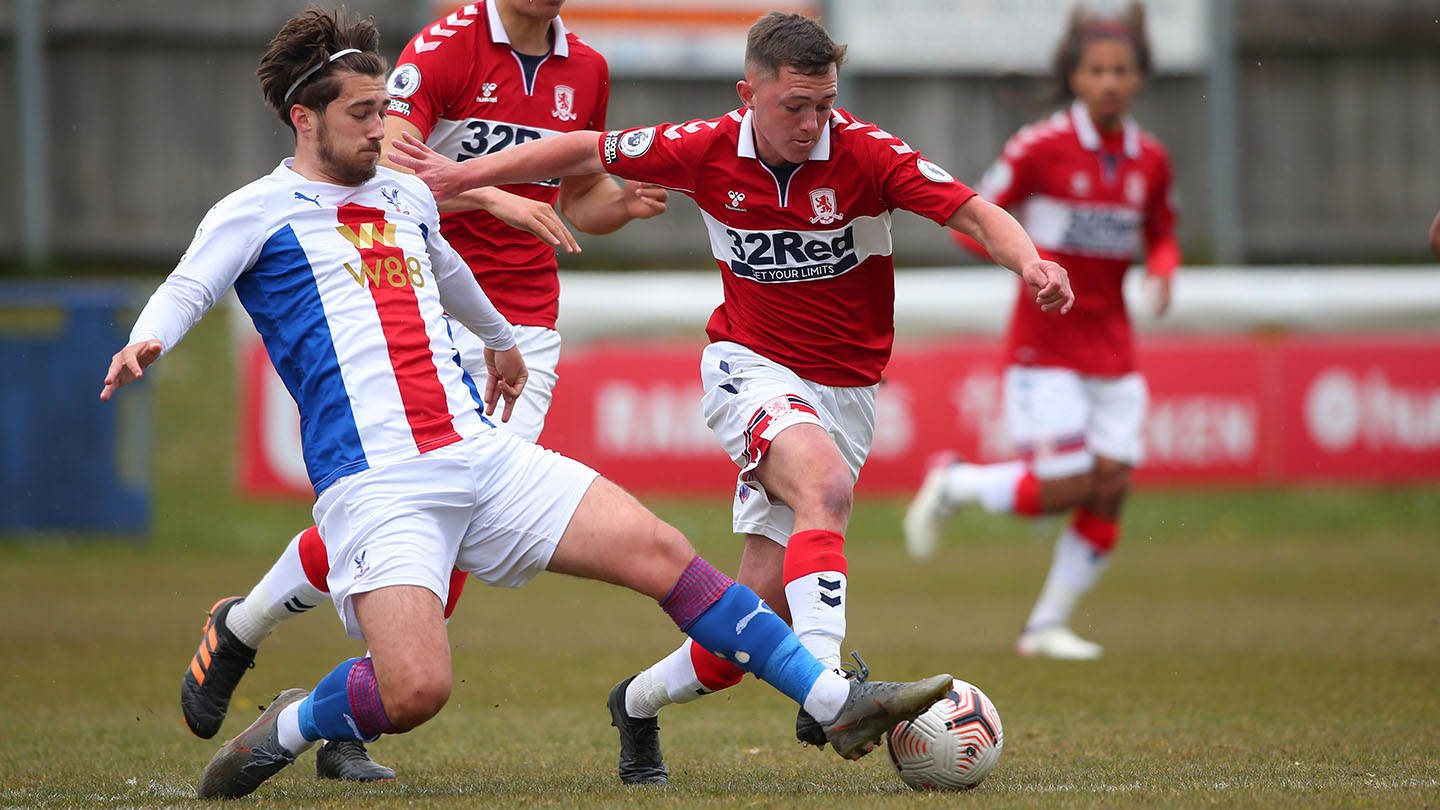 Palace looked to double their lead straight after the restart, Street’s acrobatic effort inside the six-yard box went narrowly over the bar.

Good hold-up play from Matthews and a flick-on from Street set Spence clear to have a shot on the edge of the Boro box just past the hour mark, though his attempt didn’t test the ‘keeper.

An incisive breakaway from a Boro corner set Matthews and David Boateng through against two defenders, unfortunately the Eagles couldn’t capitalise as the ball was cleared.

George Gitau swung the ball into the Palace box finding a leaping Jeremy Sivi, but his header was no issue for Webber as it sailed over the bar.

Boro kept trying to find a way through as the game went on, though they couldn’t find a way past a formidable Palace defence.

With three minutes left on the clock, Street came close to doubling Palace’s lead once again, his near post effort forced the ‘keeper into another save.

The Eagles held on to secure all three points. They now move up to third and confirm a play-off place for themselves after their first season in the Premier League 2 Division 2.

Who they play next will be determined later in the week as the remaining fixtures play out, you can find out more here.