Fulham U23s survived a spirited fightback from Palace U23s as they held on for victory in an action-packed game in south London.

It was a young Palace side to take on their London rivals, spearheaded by 17-year-old John-Kymani Gordon, replacing Rob Street in attack after the striker joined Torquay United on loan for the rest of the season.

Fulham started with real intent as Fabio Carvalho broke into the penalty area, but one too many touch allowed Sam Woods to get back and mop up the danger. The visitors came forward once again, a speculative shot blocked and eventually hooked away.

Palace are well aware of the danger Carvalho can pose after his hattrick in the reverse fixture last year, but they couldn’t stop him making an impact once again. As Woods intercepted Jayden Harris’ through ball, Carvalho nipped in and drove forwards, flicking a neat finish past a helpless Oliver Webber. 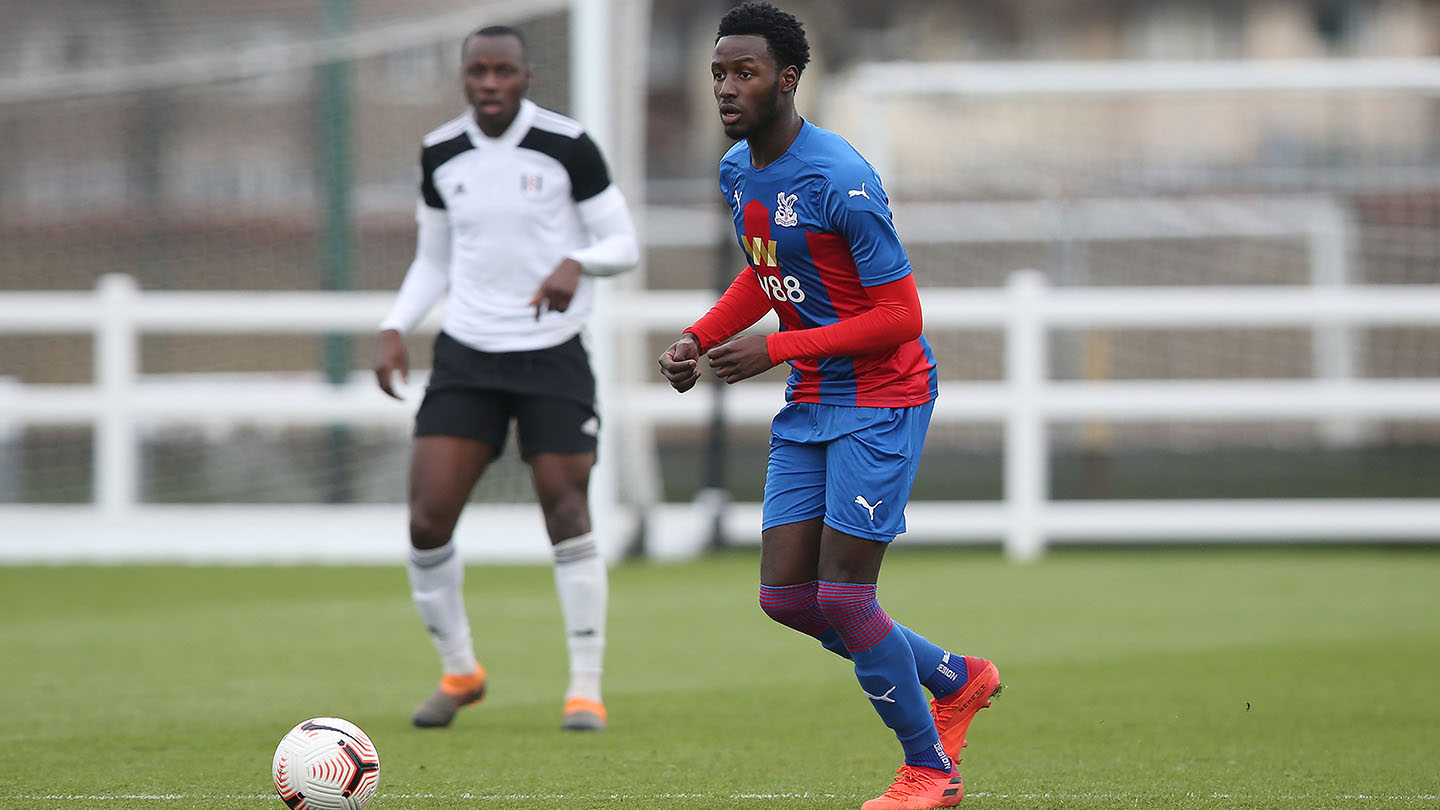 It was almost two moments later as Webber was forced into a save from close-range, before the effort from the rebound was eventually smuggled away.

Fulham were on song and it wasn’t long before they doubled their lead though a wonderful team goal. Picking up the ball thirty yards out, the impressive Harris played one-twos first with Carvalho and then Jean Pierre Tiehi, before setting Sylvester Jasper though with a disguised reverse pass; Jasper converted from close-range.

It was a superb piece of one-touch football, but it also seemed to jog Palace into action.

Showing more intent in the Fulham half, Nya Kirby found Gordon, who laid off Spence. Spence’s first time flick found Gordon once again, who was brought down as he prepared to pull the trigger; the referee did not hesitate in pointing to the spot.

Spence converted the penalty in confident fashion, and Palace were back in the game.

Fulham’s high-press continued, and they thought their two-goal cushion had been restored on the half-hour mark. Winning the ball back deep in the Palace half, Ben Davis and Carvalho combined to release Tiehi in behind. The striker finished well, but the flag was up for offside. 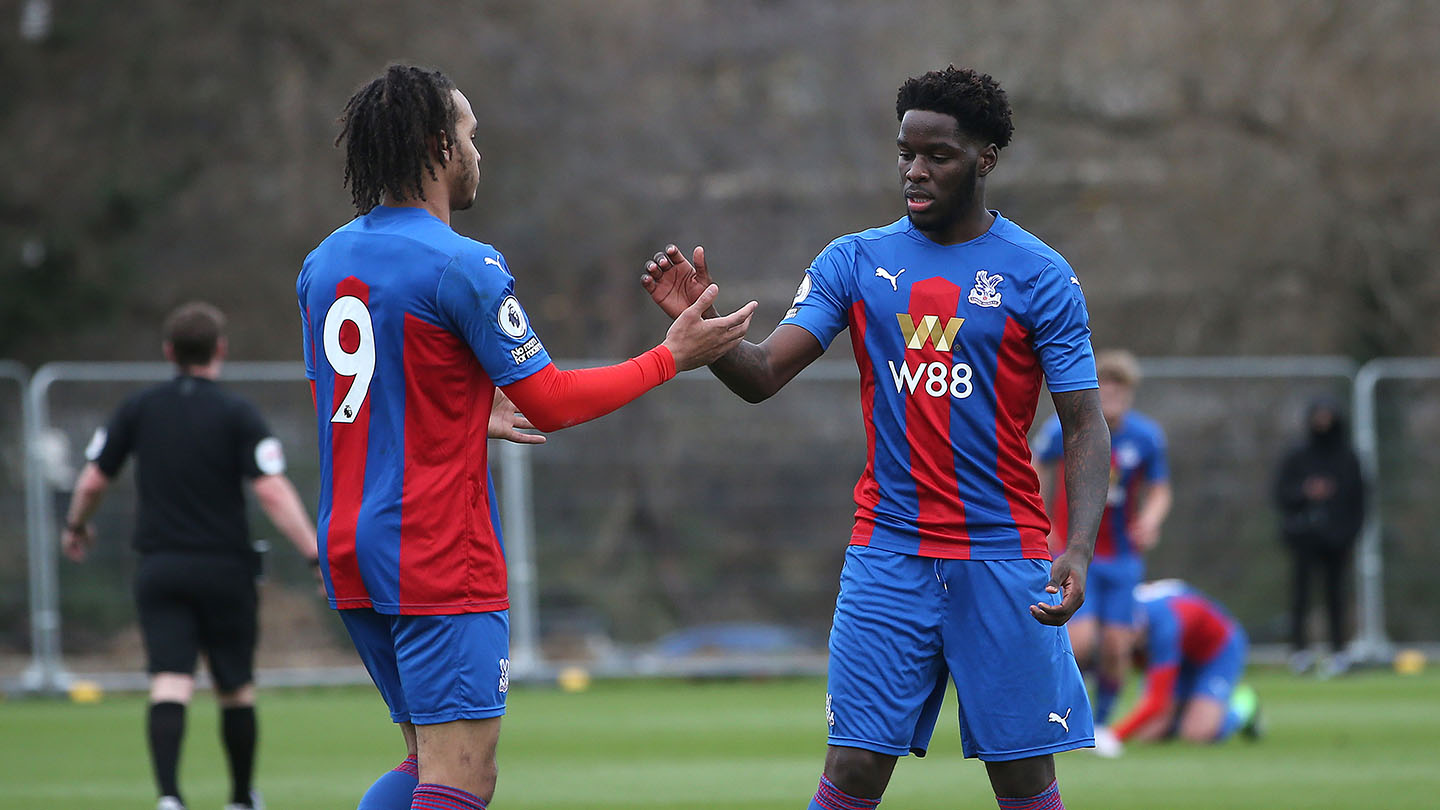 Fulham were made to rue the decision soon after, as Palace completed the comeback to draw level.

This time it was the hosts pressing high, as Woods stole the ball back in midfield and released Spence. The captain laid off for Brandon Pierrick, who feinted inside and slammed a powerful left-footed effort past Luca Ashby Hammond in goal.

Palace were pleased to go in at the break level, and came out after the restart looking purposeful, keen not to start the second-half as slowly as they had the first.

Spence’s corner dropped for Gordon on the penalty spot, but he got under his volley and sent it well over the crossbar.

Palace were committing bodies forwards, but once again they were architects of their own downfall. Giving the ball away in midfield, the hosts’ were stretched at the back as Carvalho broke forwards, laying off for Tiehi to slot home and restore Fulham’s lead.

Palace pushed forwards for the equaliser, Pierrick a constant threat on the ball. Cutting inside from a short free-kick, his low shot was deflected into the arms of the goalkeeper.

After Hale’s half-volleyed effort missed the target, Pierrick was set through once again, his low shot pushed behind by the goalkeeper.

As Fulham sought to slow the game down, Palace poured forwards, seeking a final opportunity to get back on terms, but the visitors held firm to see out a hard-fought victory.

The result sees Fulham leapfrog Palace in an incredibly tight league table, where six points separate 12 of the 13 sides.

READ NEXT: Cahill hopes injury frustrations are behind him