Crystal Palace Under-23s were cruelly denied a draw in a narrow 1-0 defeat against Aston Villa in torrential conditions under the lights at Selhurst Park. 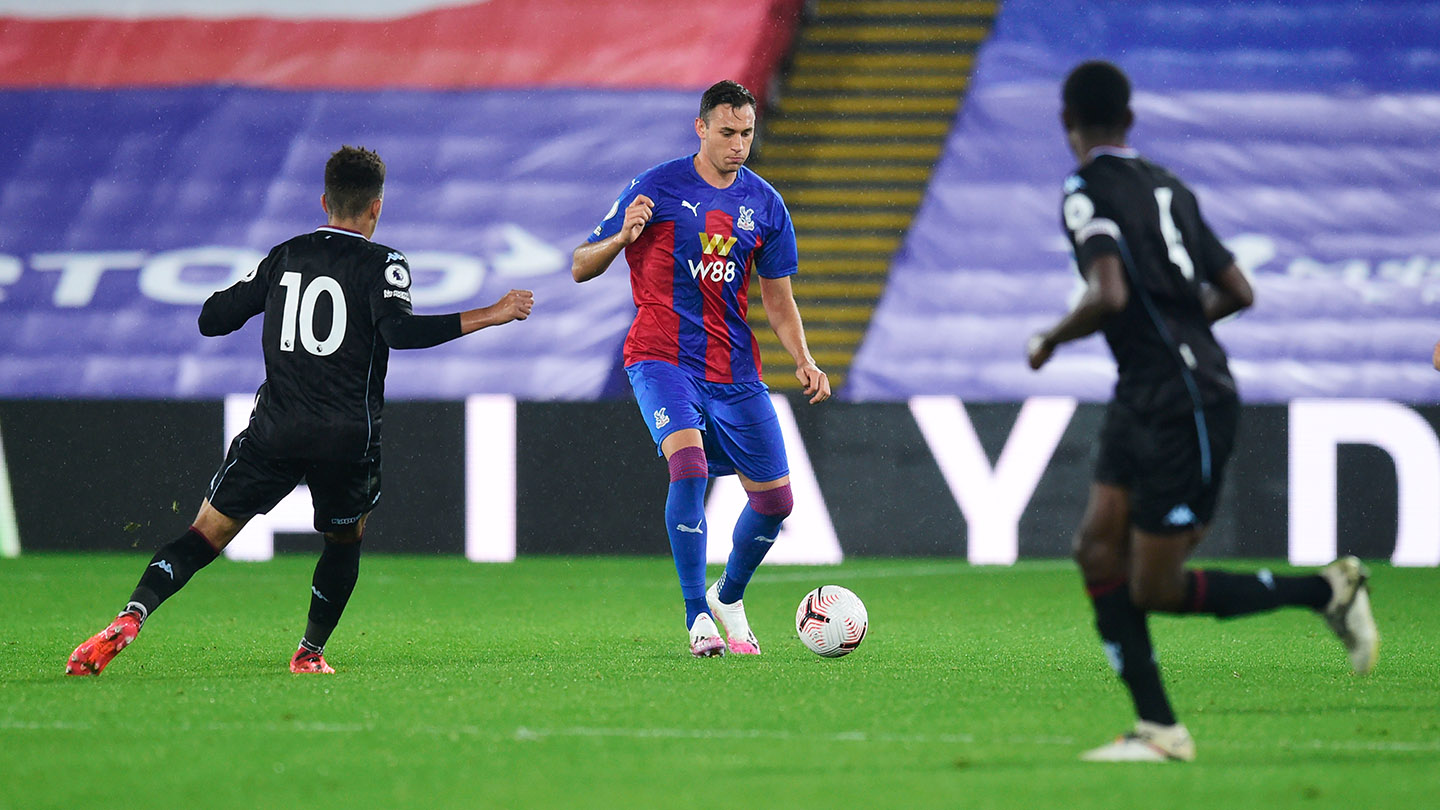 Despite making six changes from their most recent game against Norwich City, Palace started swiftly in front of first-team management team Roy Hodgson and Ray Lewington, and the first chance of the game fell to the hosts just five minutes in.

Nathaniel Clyne, who has been training with the squad in recent weeks as the club continues to monitor his fitness, was registered as a trialist for tonight’s fixture – his first competitive outing since May, 2019.

And the right-back played a one-two with Brandon Pierrick and burst into the box, but his low shot was blocked bravely by defender Mungo Bridge.

On 15 minutes a loose Scott Banks pass was picked off by away right-back Kaine Kesler, whose driven cutback was well directed but rangy midfielder Chukwuemeka could only power a shot straight at Henderson.

Eagles winger Brandon Pierrick did well to rob Bridge on the right-hand touchline and sprinted across the box towards goal; goalkeeper Akos Onodi blocked his initial side-footed effort but when the rebound fell kindly back to him 18-year-old Pierrick blazed over with his weaker left foot. 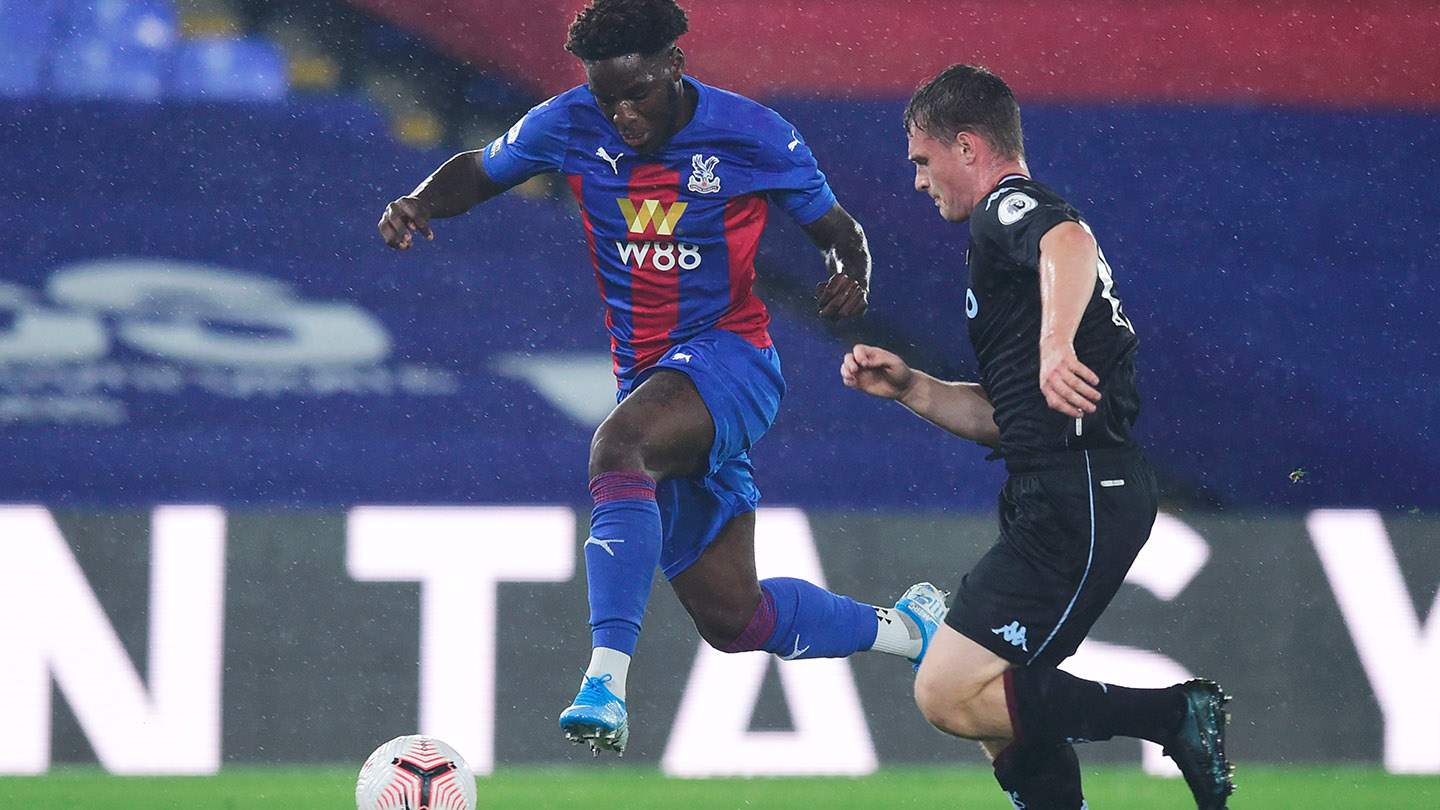 Although the first-half was disrupted by several injury stoppages, seconds before half-time Pierrick showed great strength to bump Chukwuemeka off the ball, but after a direct run his flicked through ball to Rob Street was snuffed out by the Villa defence and the first 45 minutes ended goalless.

Moments after the interval Nya Kirby tidied up an Aston Villa corner well, played the ball down the line to Pierrick and collected the return pass.

From the right touchline Kirby’s dangerous floated centre was just about cleared behind by Tyreik Wright, who almost put the ball into his own net under pressure from Banks.

But from their next corner, the visitors caught Palace cold with a quickly taken set-piece and nearly took the lead as centre-back Dominic Revan narrowly missed a curling Barry cross at the far post.

Just before the hour Aston Villa’s DJ Sturridge – son of former Derby striker Dean – jinked into the penalty area and fed Barry, but half-time substitute Sam Woods made a well-timed sliding challenge to take the sting off the strike and Henderson palmed it clear. 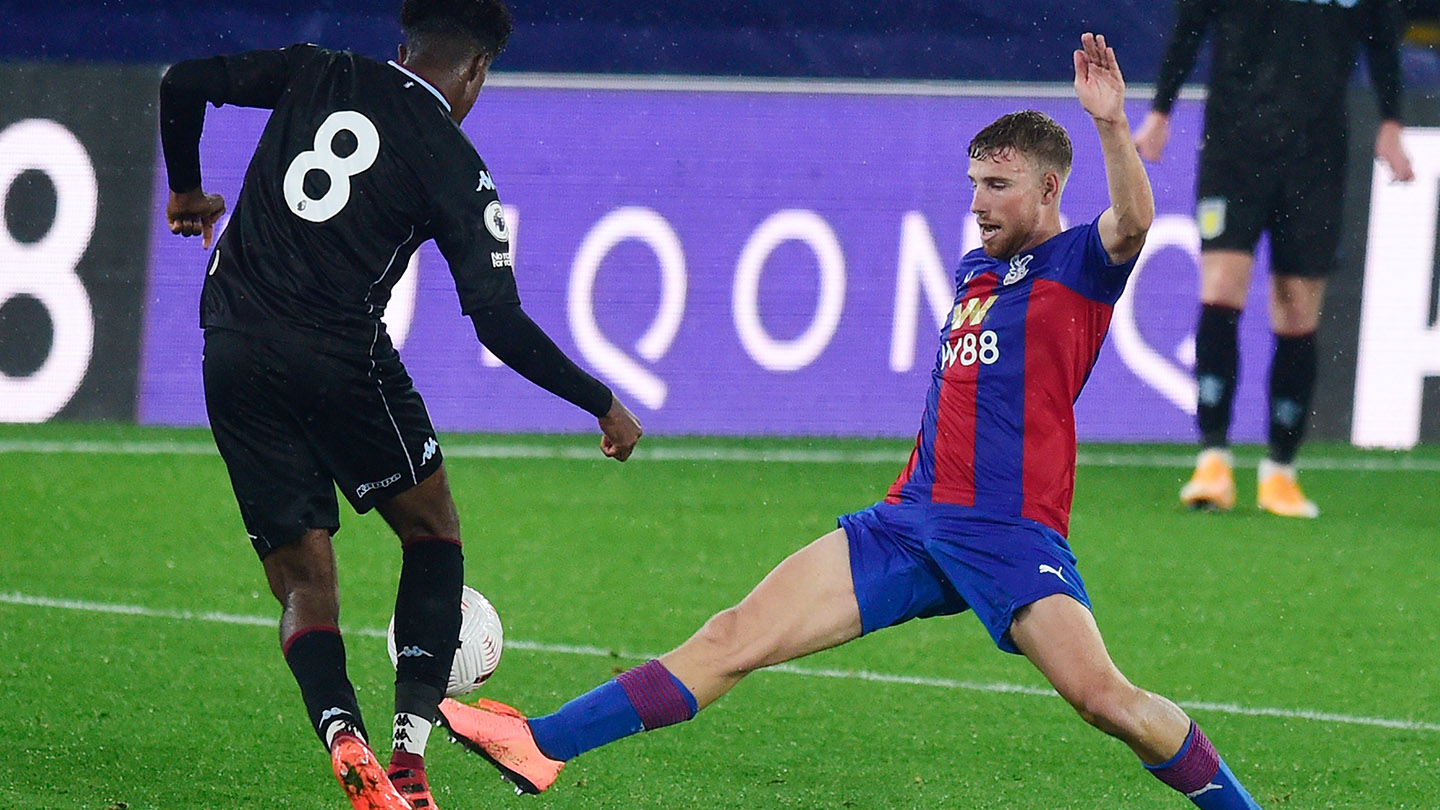 Villa continued their attacking pressure, and after more good work from Sturridge, Chukwuemeka flicked cleverly through to Barry on the left side of the penalty area, but his rasping shot was superbly blocked at chest height by the diving Ryan Inniss.

Ten minutes from the end, replacement Kian Flanagan – making a near-instant impact after coming on – raced towards goal with a fine, mazy run and twisted through three defenders but Hungarian stopper Onodi snuffed out the danger.

Eagles target man Rob Street then pressured Revan well, stole the ball and opened up his body but bent his right-footed shot narrowly past the post with Banks well placed for a cutback.

With Palace tiring, Villa recycled the ball at the back post, substitute Ben Guy laid a low centre across the edge of the box and winger Wright evaded his marker to curl a crisp low shot into Henderson’s right-hand corner with almost the last action of the match.